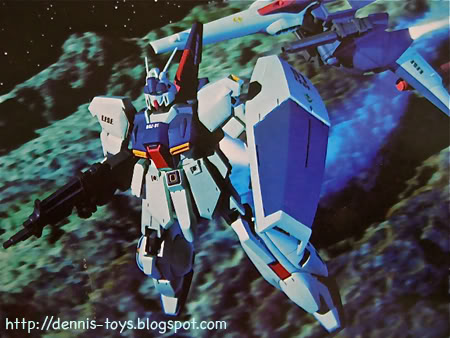 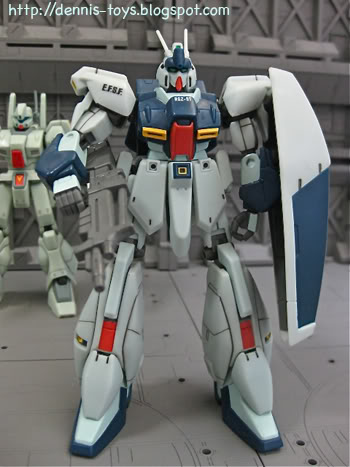 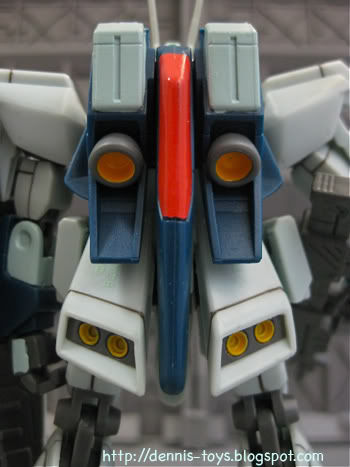 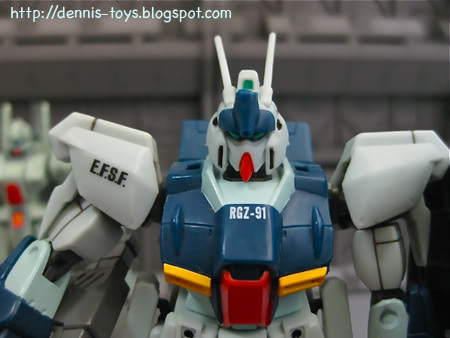 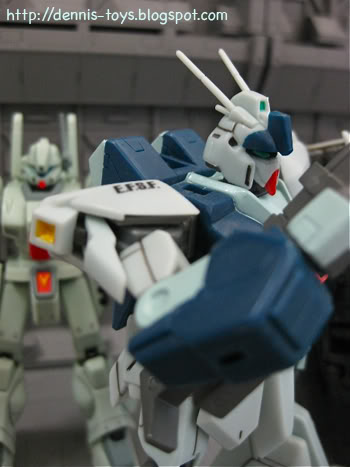 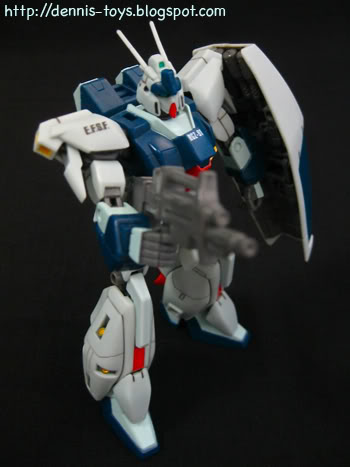 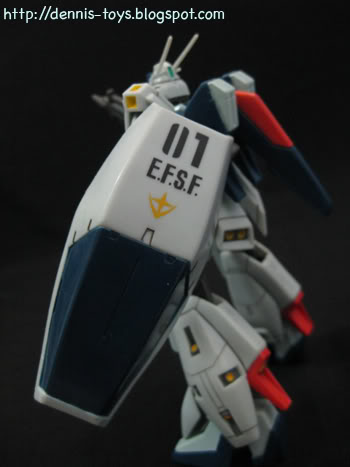 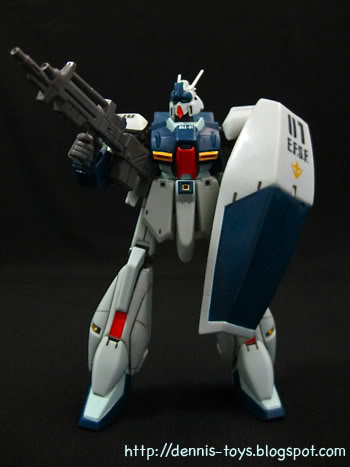 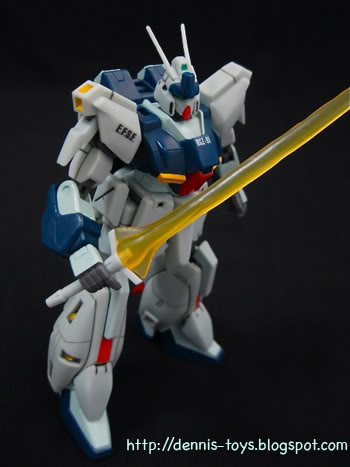 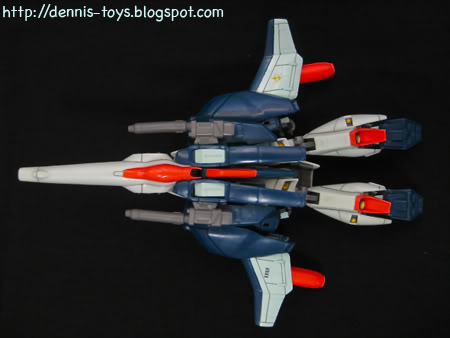 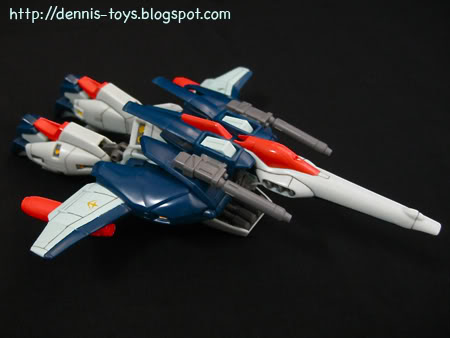 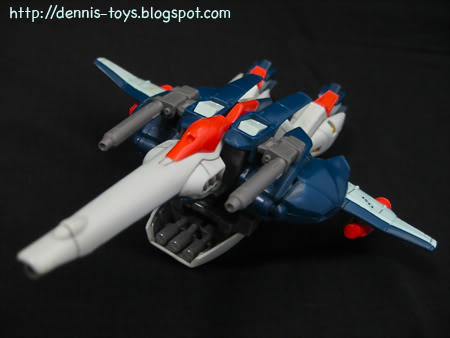 This is another of those not-so-Gundam-Gundam. But it's definitely one of those grade B Gundam that appeal to me a lot. Appearing in 'Char's Counterattack', Re-GZ aka RGZ was first used by Amuro Ray. This Gundam was supposed to be a refined prototype to mass producing Zeta Gundam. Unfortunately, the plan didn't work so well since production cost wasn't brought down substantially. So London Bell task-force gets to keep this unique Gundam with incomplete transformation (Those flight parts need to be snapped fit). Amuro Ray did put it to good use until its firepower could no longer match more lethal MS like Sazabi when they went head on. Hmm... I wonder how would Re-GZ score against Rezel. Bearing the reputation of Gundam, I guess Re-GZ should be more promising.
at November 10, 2010

Cool, one of those suits i totally dont remember from CC, instead when it comes to Amuro i rememeber Nu.

Sweet first composite shot, looks like it could be from the packaging.

This is one of those MS from CC that I will choose over Nu Gundam. The first pic was taken from the packaging as it seems very engaging.

This is my first time to see Gundam can transform into vehicle mode..Is this common in Gundam series??

If I got it correct, Zeta Gundam should be the first Gundam that's able to transform to flight mode. Since, transformable Gundam became more common with introduction of Gundam like ZZ, Air Master Gundam & etc.

this MSIA looks great! but does the joints bother u? i have a MSIA kyrios but the joints are very loose.

This joints are fine for this piece. For loose joints, I would usually use bluetag, gun glue or plastic cement to strength depending on which works best on the figure. I guess Kyrios comes with more fine joints due to its more complex transformation. That reminds me that I have not blog about my MSIA Throne Gundam.

i used blue tag too but didnt think bout using plastic glues. haha. the transformation is almost alike the Hg 1/144 ver and i think for rm30, its quite a bargain. Looking forward to ur throne~

this is a pretty good looking transformable Gundam & i really dunno why he had not an important participation in this anime series, i mean, he deserves to b a greater Gundam... i guess that’s the problem with mass production Gundams (& with mass production EVAs LOL) XD... why all the Gundams r not like the Strike Gundam + I.W.S.P or something like that ???... hahahahahahahahaha

>> chrismandesign
Being piloted by Amuro Ray has give a recognizable status to Re-GZ, I guess. Just sad to see this one and only protoype shot and tortured.