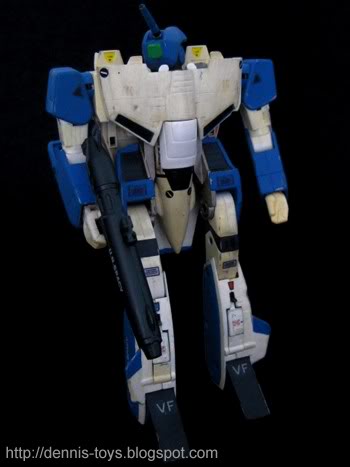 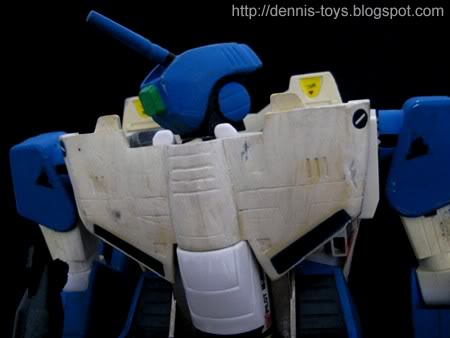 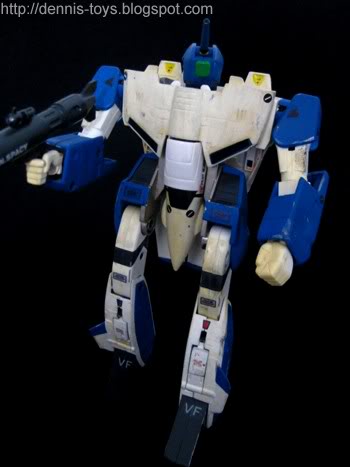 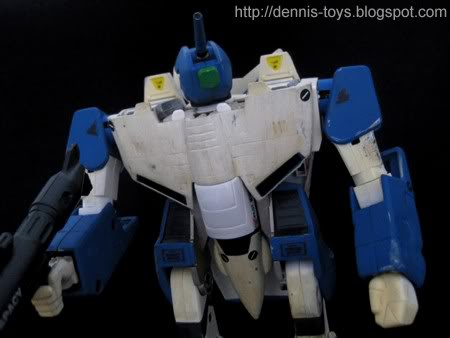 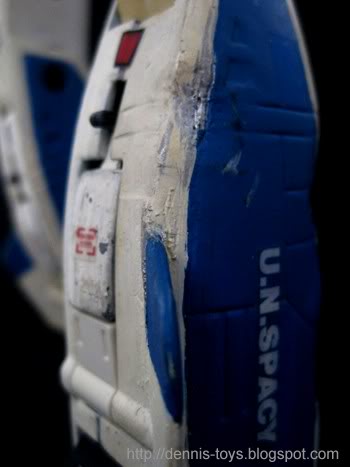 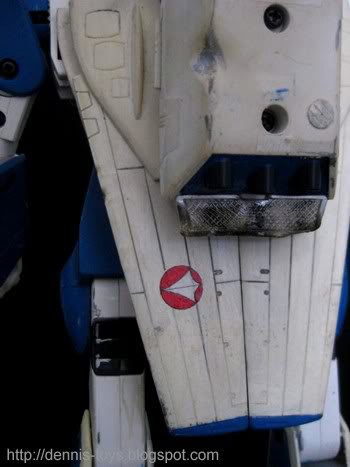 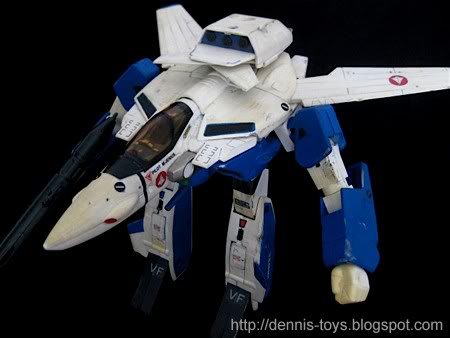 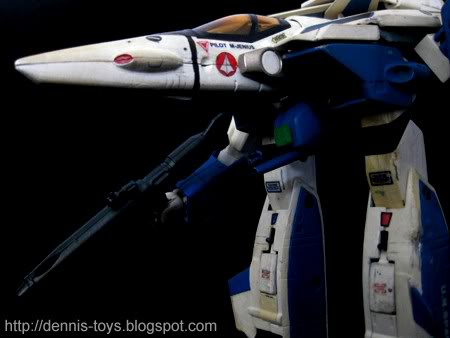 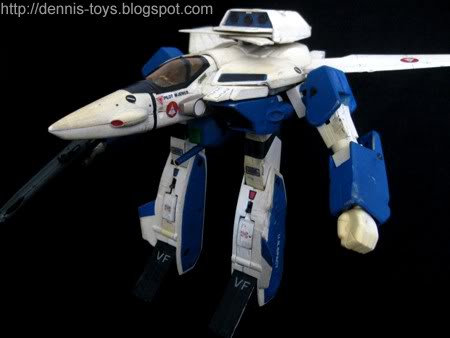 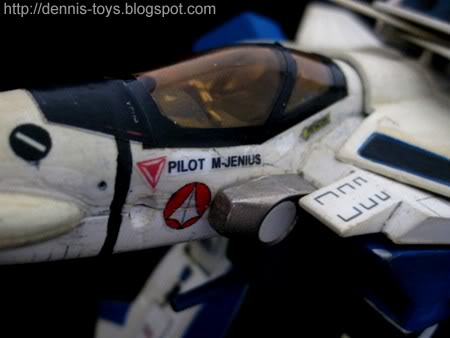 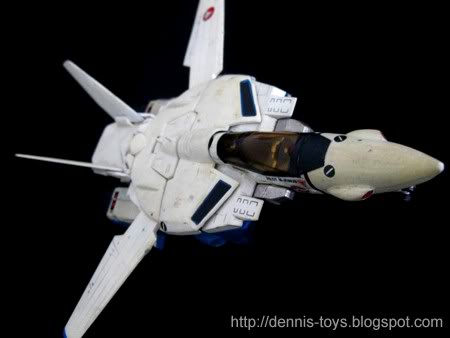 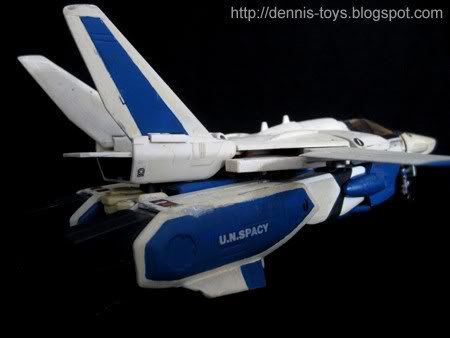 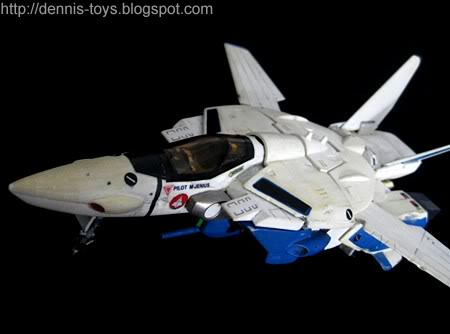 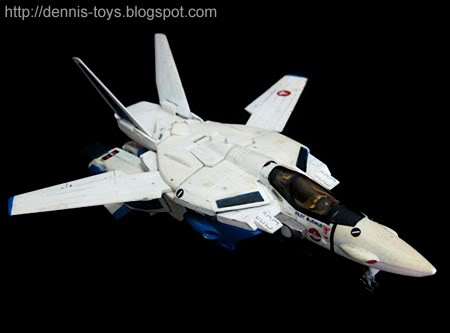 I have been waiting and still waiting ever since Toynami showcase their prototype 1/55 scale valkyries in my previous posting in 2008. There had never been any 1/55 scale TV series valkyries of Max VF-1A, Kakizaki or VF-1D been released so far and it was intriguing when I last heard that Toynami would modify the old 1/55 Takatoku mold with new sculpt head.

Nevertheless, it still comforting that I managed to get this customized battle damaged 1/55 scale TV version Max VF-1A, which till now it still one of its kind. The purity of white when viewing from on top seeing the valkyrie is in its fighter (plane) mode is priceless. Even though custom painted, the paint still stay strong after transformation.
at June 05, 2010

& i say that this guy looks a bit used/weathered, u know... well i dunno so much bout this series, but i’m in agreement with LEon, it seems rare specially by the head... congrats Dennis !!!

>> chrismandesign
The used state, battle damaged and weathering gave the toy a unique taste I guess.

woah. I never seen this product before with battle damage. Quite nice!

Max is one of those secondary character that happens to be more badass than the main character.

Nice, really surprised that no 1/55 Tv Max VF-1A has ever been released considering how long the line has been going.
Great Valk for the Genius anf it looks like he's used it well.

The scar mark at this Max body made from yours?

Wait if this is a (custom) Battle damaged Max VF, then does that meant you can do a barrel roll with this one^^

>> G.G
In fact Max gave me the impression that he's more skilled than Hikaru

>> mangyver5223
The customed toy came like this and I need mod it further.

Bro, you asked an expert to customise for you or this is the original battle damaged version from the toy manufacturer??

This is customized toy done by the owner before he auction it off on eBay, so it's one and only.