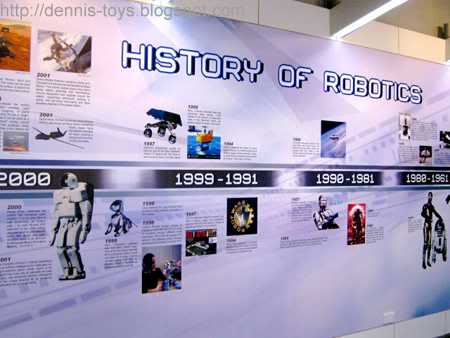 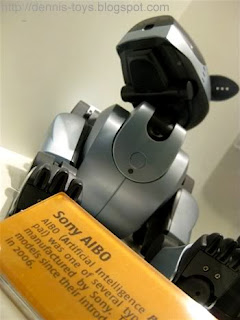 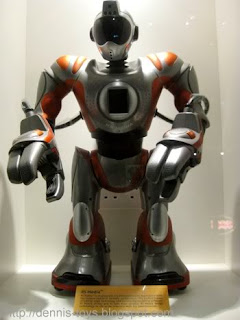 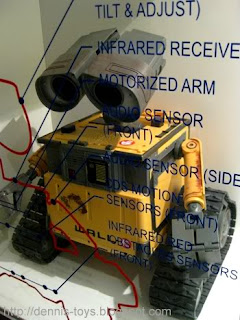 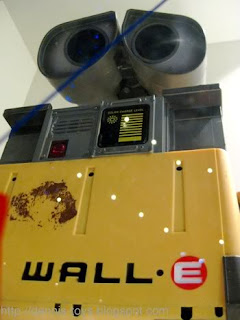 Robot Toys has given us lots of fun from the past...........and imagination to own future! 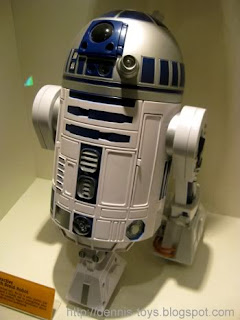 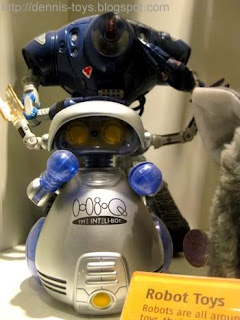 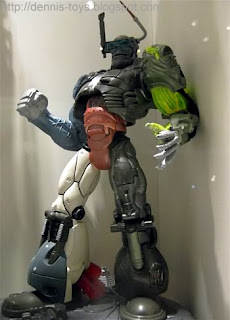 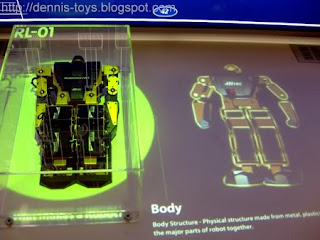 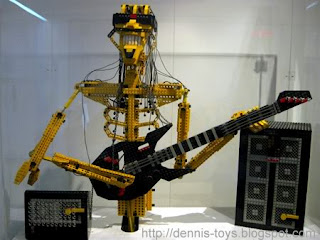 Sony released their first AIBO robotic dog in 1999! One of the first robots intended for consumer market. It sold out within 20 minutes of going on sale putting AIBO in the Guinness Book of records as the fastest selling robot pet

The RS Media is another product in WowWee's line of biomorphic robots, based on a walking system designed by Mark Tilden. The RS Media uses basically the same body as the Robosapien V2, but a different brain based on a Linux kernel. As the name implies, the RS Media's focus is on multimedia capabilities, including the ability to record and playback audio, pictures and video. It retains and builds upon the Robosapien V2's sensor array and programmability.

Star Wars Interactive R2D2 Astromech Droid Robot. This state-of-the-art R2 series astromech droid unit is ready to obey your commands. Grab his attention by saying "Hey, R2" and he's ready for more than 40 voice commands. Ask him if he remembers his famous friends, like Luke Skywalker, C-3PO or Jabba the Hutt

Other amazing attributes include "Game" mode, R2 plays multiple games and spins, dances and plays music, and he even guards your room with his sentry alarm. Each name will stir up a different response depending on R2's "feelings" for that character. Includes moving along on his own, turning his front beam on and off, and even playing a secret message when you follow the proper voice commands

I hope I'm not making you guys bored with another field report. I do have quite a few backlog toy reviews which I hope to roll out after this field report and I seek your patience!

During my last visit to Singapore Science Centre, I was drawn by the Robotics section. It is interesting to trace back the origin of robotics and how such wild ideas came about. Robotics section also has a rare collection of some of the vintage robotics toys that once were big hits!
at June 03, 2010

hoping to own aibo. hohohoho

I remember AIBO was very expensive back 10 years ago.

Wow! I stay in Jurong for quite sometime and I don't know Science Center got so many things to see :)

nope, ur field reports r not boring, cuz ur blog is ur way of life & is full of the think u love, so why not ??? for me, the vedette of this exhibition is Wall-E, by far, how big is it ???

Aibo still quite ex now I think... they sell any robot?

Aido was awesome,sure i read that the looks of the robo dog was designed by Macross man Shogi Kawamori Sensei

Nah Dennis, your field reports have always been interesting :D I love the last picture, that robot is something of an amalgation of different parts...something like kit bash haha!

There is a more well, it almost the same price, but Roboraptor was still a pretty good robot, Im surprised not even one of Mark Tildens works arent displayed, Oh well^^

That RL-01,is ti the one used in one of those Jap sumo robotics?

>> mangyver5223
Asimo is one of the latest now and state of the art. Can do really cute poses too!

>> deSMOnd
Just a small section but I attracted to robotics. Good to explore the area you live in. Cheers!

>> chrismandesign
Thx for the support again bro! The Wall.E is about 18" and quite big.

>> LEon
It cost a lot on R&D in robotics, that's way even those for general consumer still is expensive. Only exhibition at Science Centre. Not sale of robot toy there.

>> Ant Sized Man
Glad to know that Macross man Shogi Kawamori Sensei is involved in the design of AIBO.

>> chubbybots
Thank you for the kind words bro! I don't seem to know which cartoon the robot on the last pic is from but I like it a lot and that's way I took that pic.

It is interesting to actually see how fair we have come in a few short years.

Hope the last robot does not get into full production until much later - ack!

The journey to robotics may be still long but promising. it gets much hope to the future.

Thx for the link!