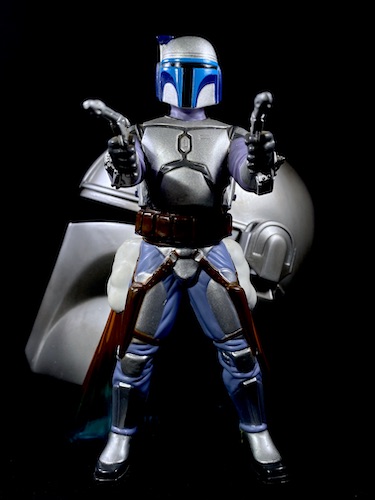 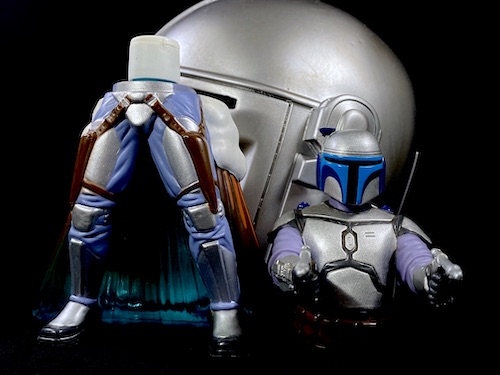 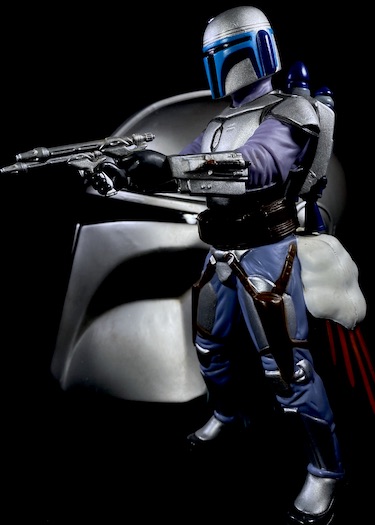 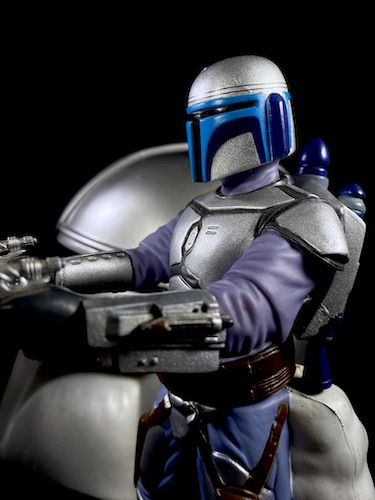 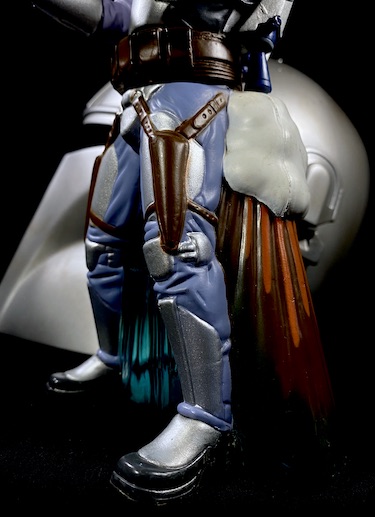 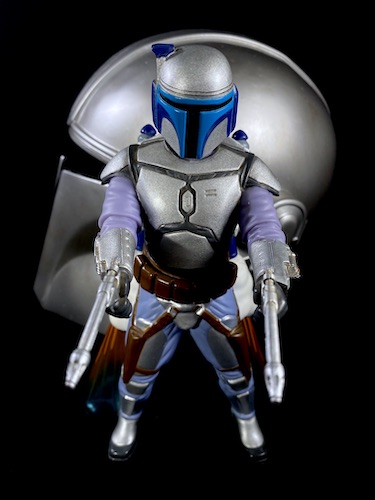 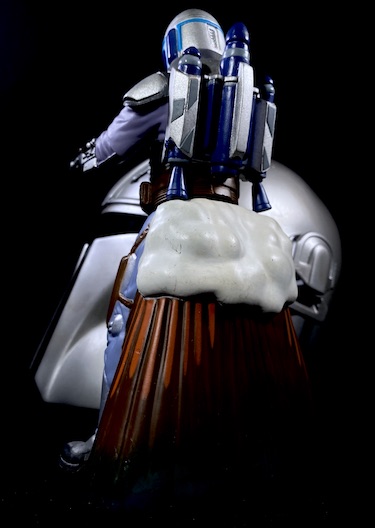 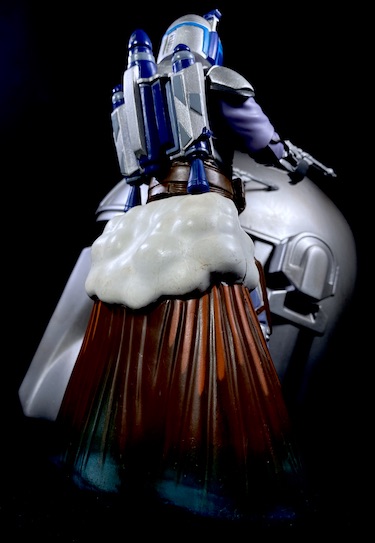 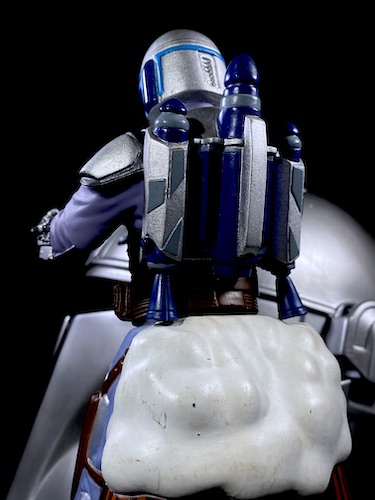 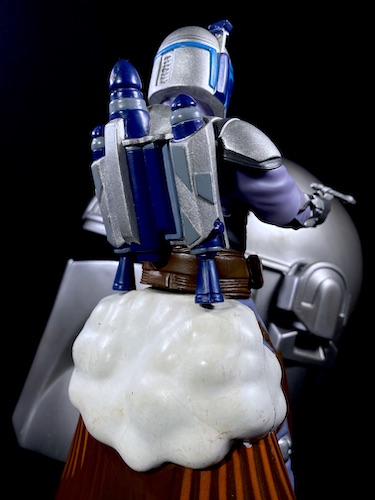 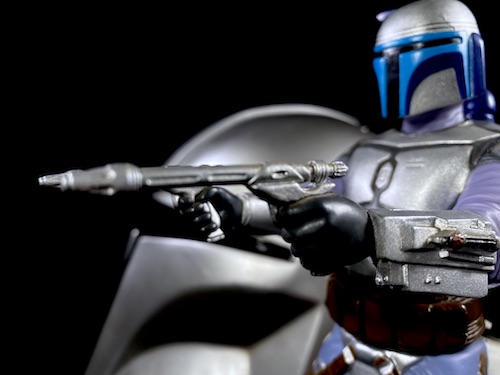 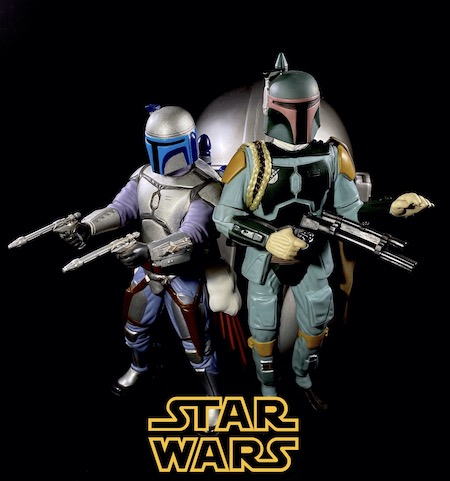 A surprise find of this Jango Fett water bottle which I rather use it as a toy figure. The figure stands roughly 10 " had seen back days. Nevertheless the condition is still fairly good in my opinion and a display piece.

The figure is presented in a cool pose of Jango Fett holding his pistols on both hands with the water container acting as the blast effect from the jet pack. I can see the Star Wars license TM on the base however other printings appear too small for me to figure out the company responsible of the production.
at December 06, 2020

I can't believe it is a water bottle..