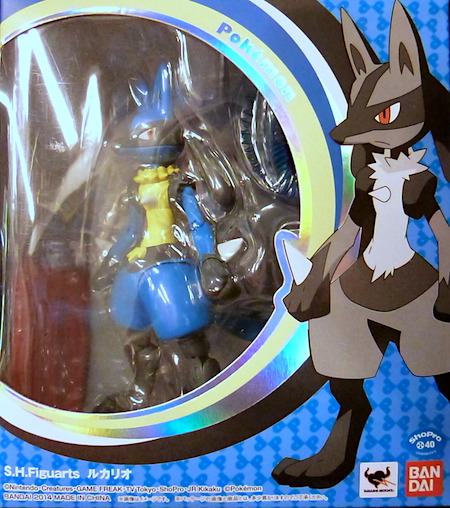 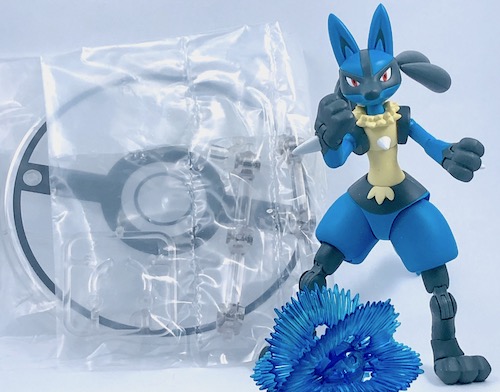 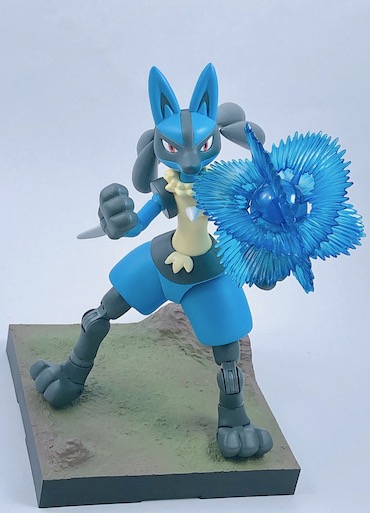 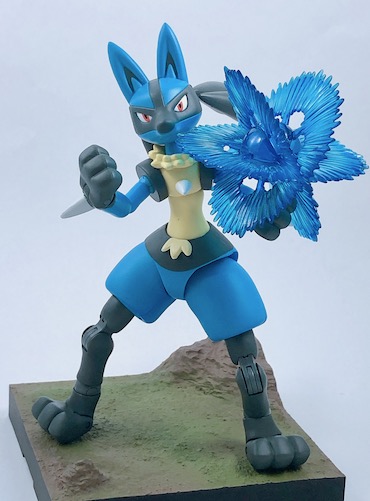 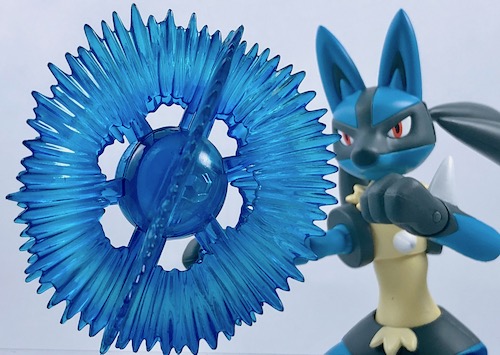 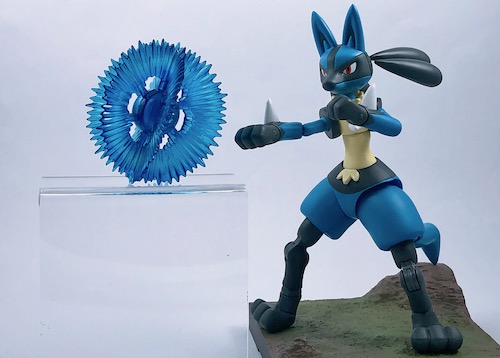 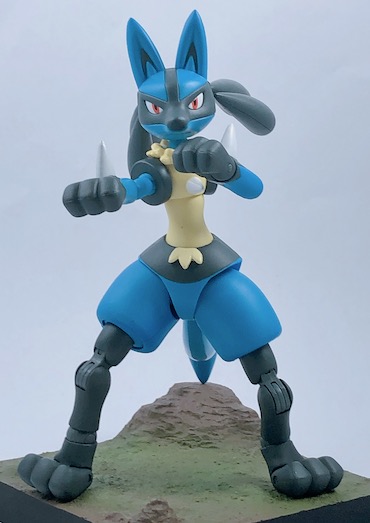 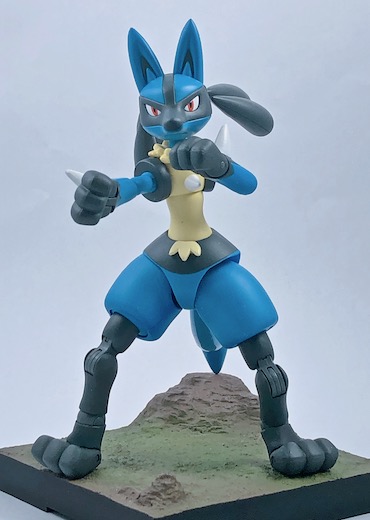 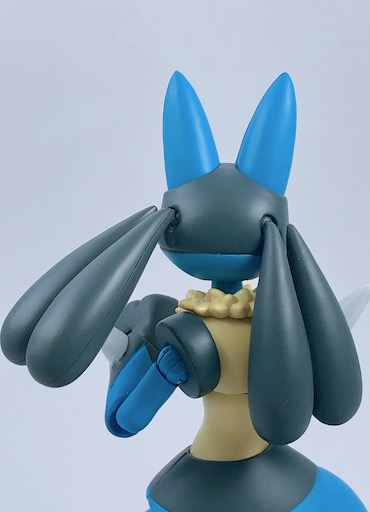 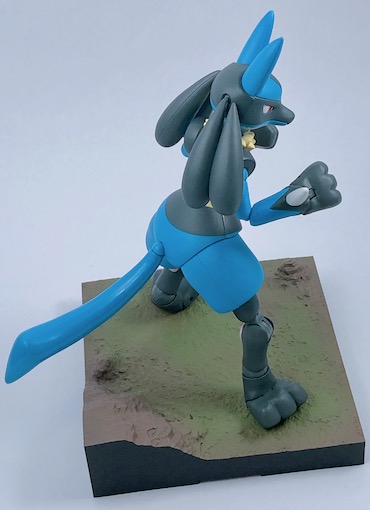 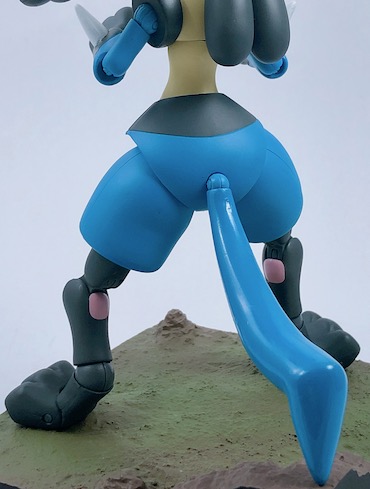 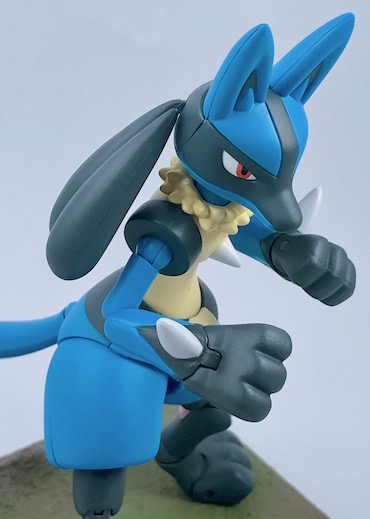 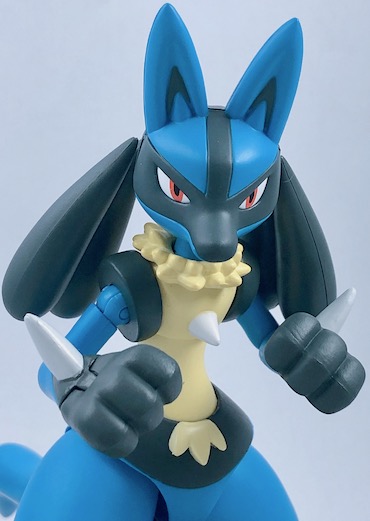 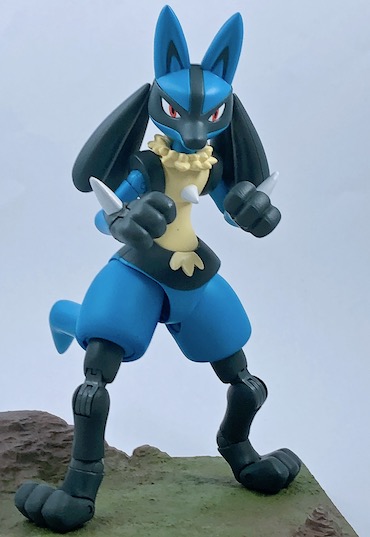 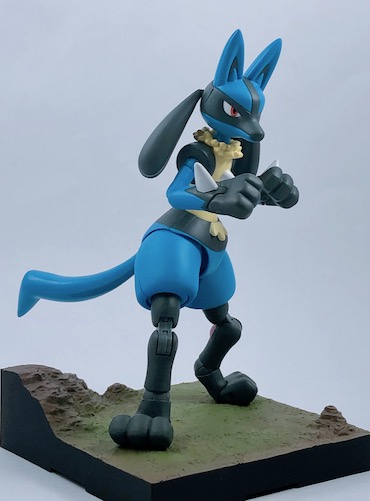 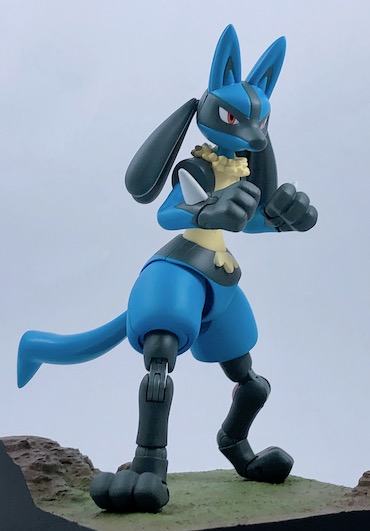 Had just watched 'Pokémon Detective Pikachu' last week so why not do a post on Pokémon. Lucario seems like a wolf looking Pokémon that first appeared as a central character in the film Pokémon: Lucario and the Mystery of Mew. Known as the Aura Pokémon, Lucario can sense and manipulate Aura like Ryu in Street Fight using Hadouken, a special kind of energy emitted by all living creatures. Welcome Lucario to join in Bandai's S.H.Figuarts lineup! Lucario stands about 14cm tall, ball joints results in highly posable for cool poses, has an interchangeable face with closed eyes, and comes with effects parts for his aura sphere attack! Good thing the base is included as the figure does really balance itself too well. Thank you Stanley for this figure review.

The head with long ears looks a bit like Sonic...