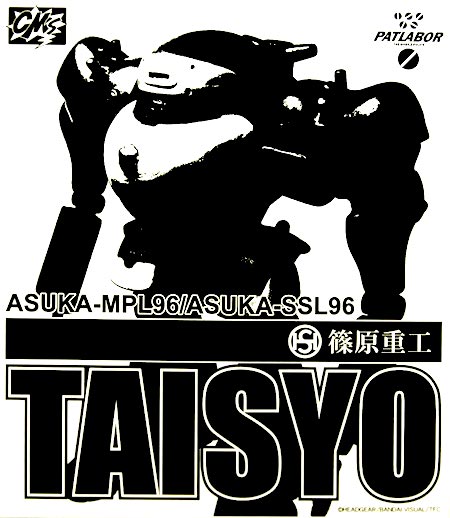 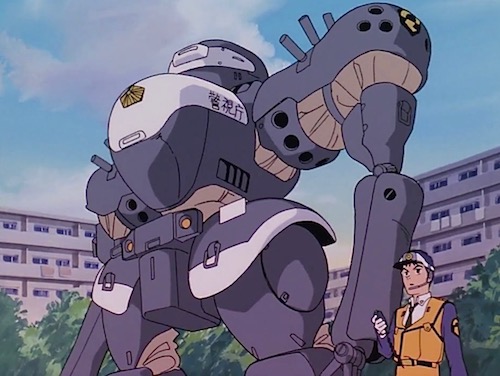 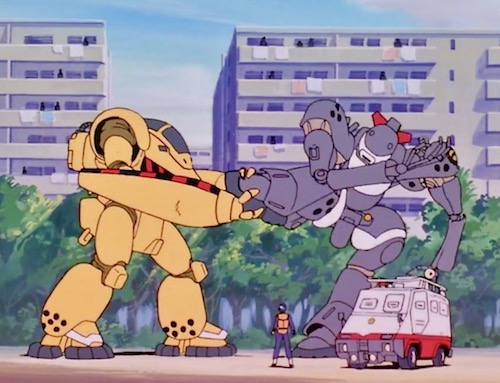 Humiliating defeat to a construction labor during the first episode of  Patlabor TV series ... 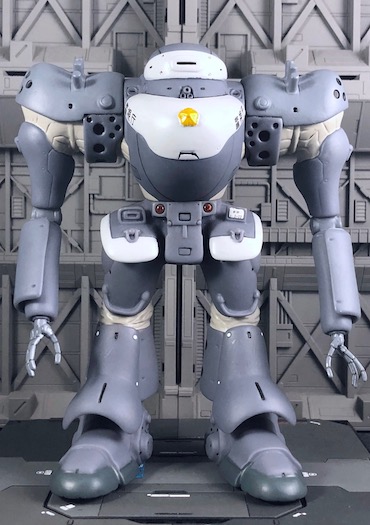 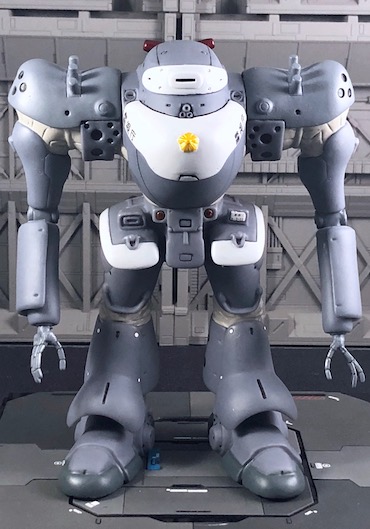 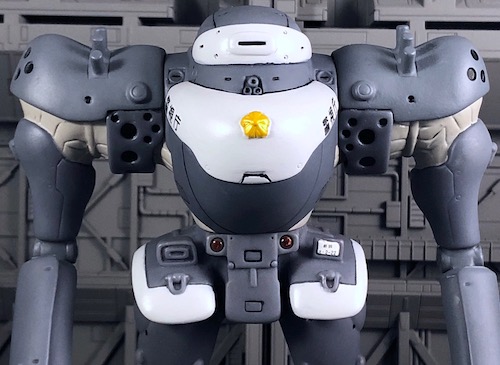 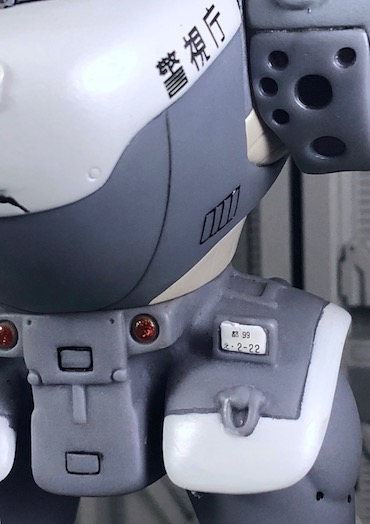 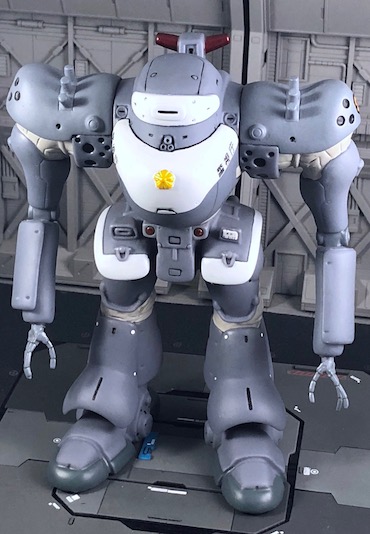 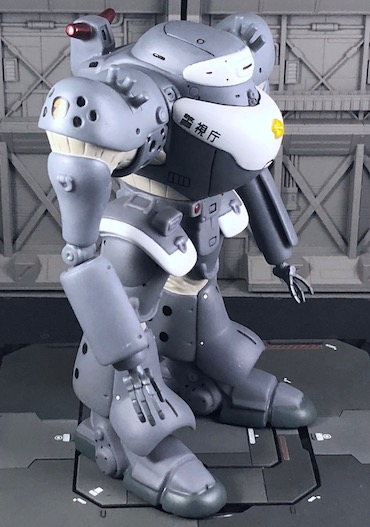 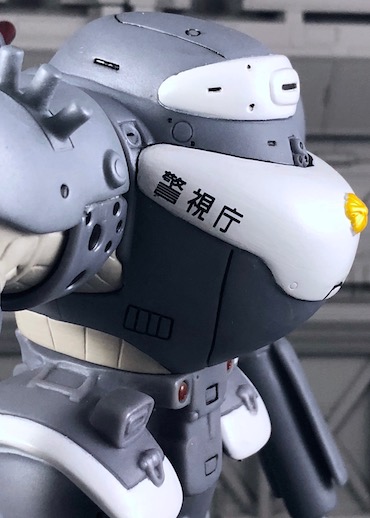 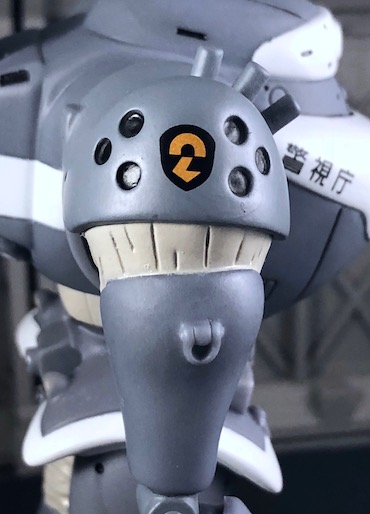 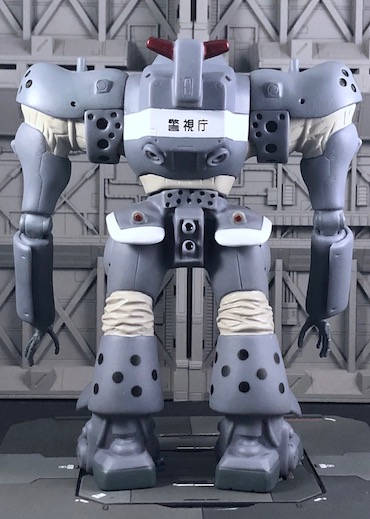 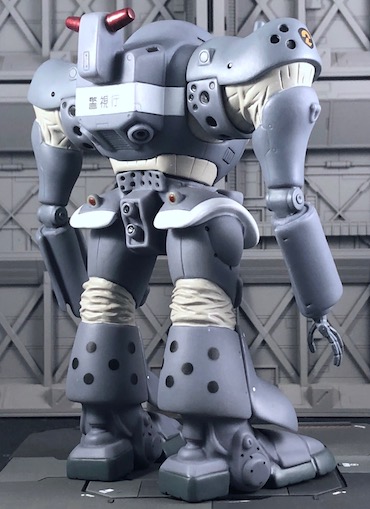 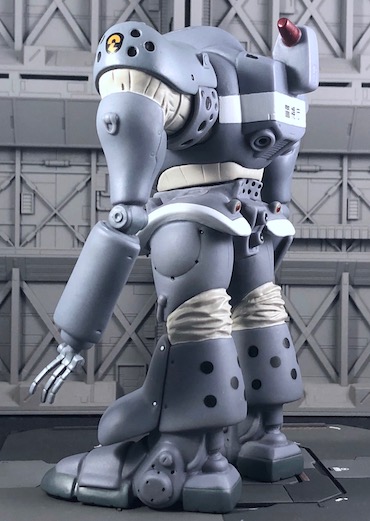 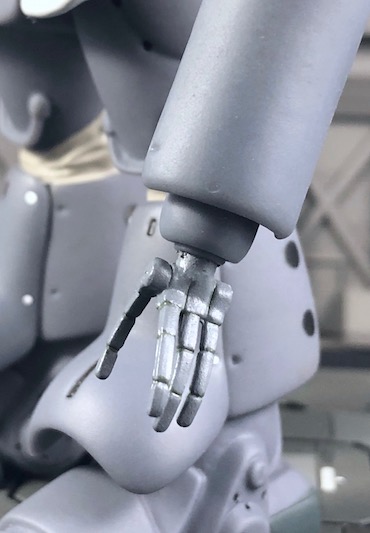 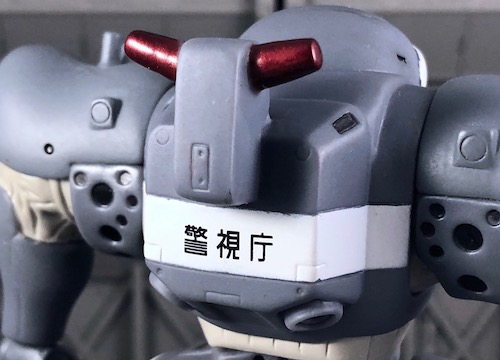 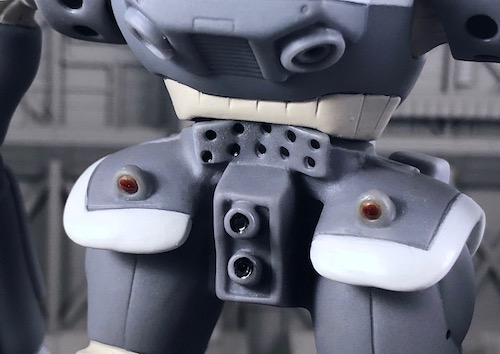 The old ASUKA-MPL-96 is the first Labor seen in Patlabor TV series that's at the end of its service. A major disadvantage to bigger and more sophisticated industrial labor. This law enforcement anti-labor crime patrol labor is kind of weird looking and definitely out of proportion. My only complaint would be why such thin fingers. It is so ugly that I love it.

It is rather unknown to many mecha fans and it surprisingly caught the attention of CMS before the company finally called it a day. It's limited production so I'm lucky to be able to find it locally. I believe this figure is manned to compliment the premium chogokin Ingram previously released by CMS therefore this secondary figure is just made of soft vinyl with few articulations by swivel on the shoulders and torso.

The thing I like about this figure is the details. CMS certainly didn't cut corners in their production with very precise paint works with details like the Police department Japanese wordings, its registration number, the Police sakura crest, the unit 2 emblem and gloss red paint on the lights / blinkers.

It's a good looking robot with great color scheme :P

Indeed, I like the colour scheme and that typical Japanese style the Mecha brings...