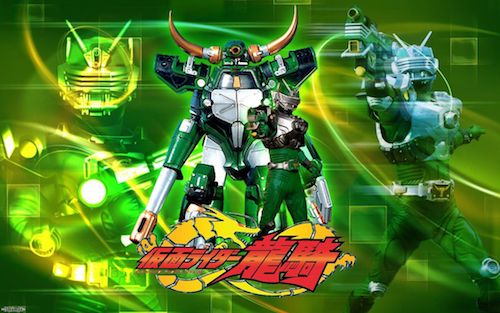 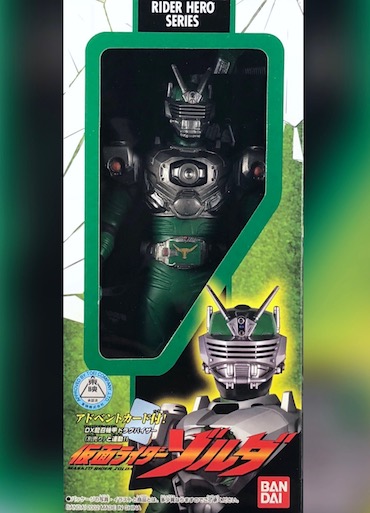 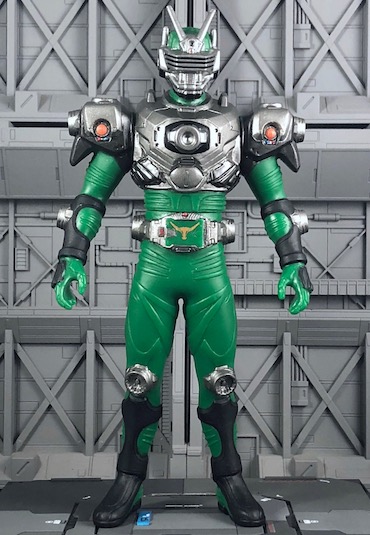 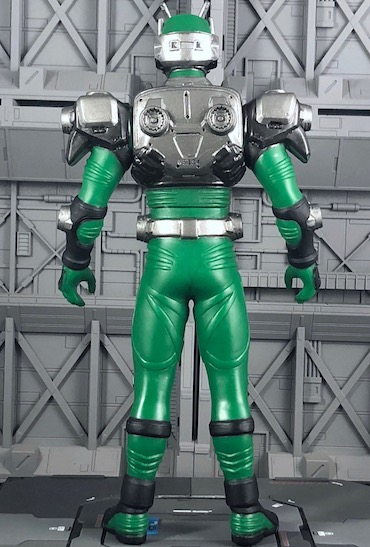 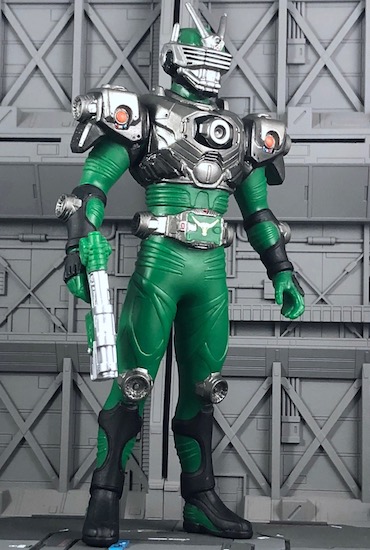 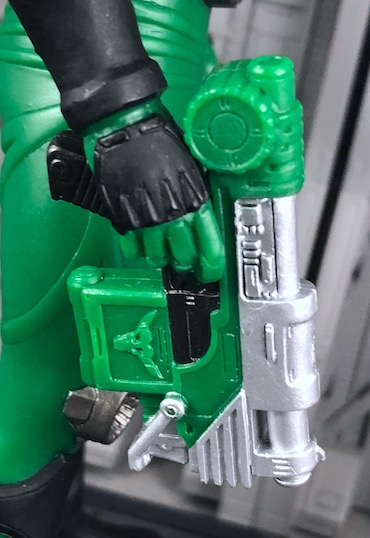 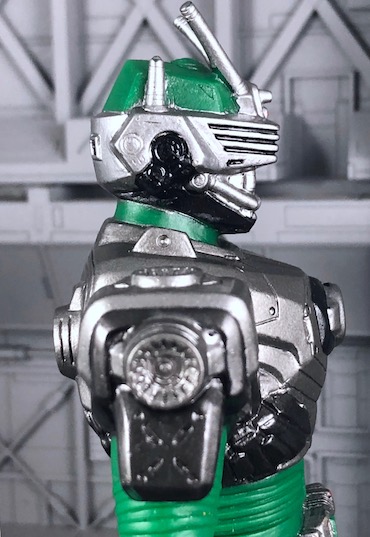 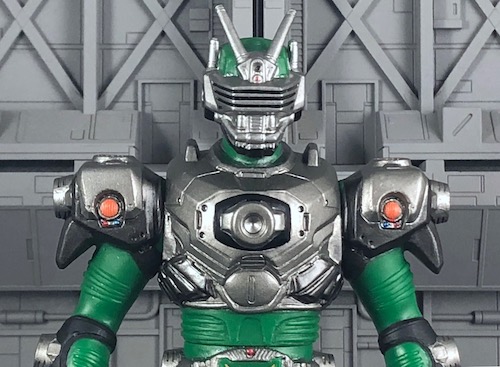 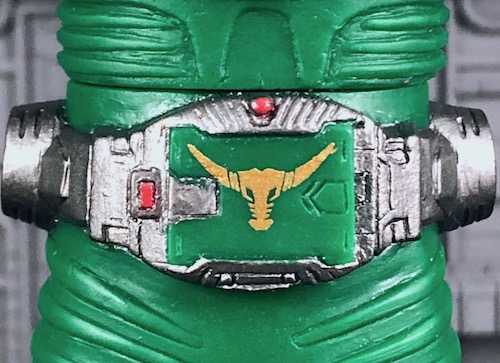 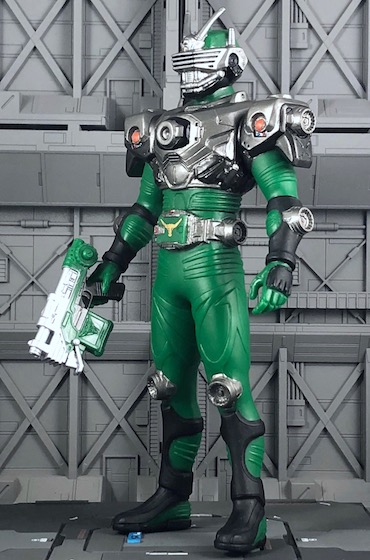 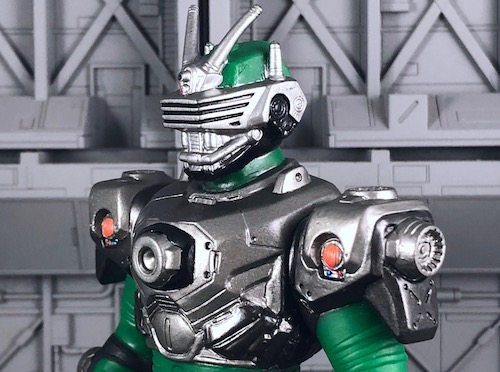 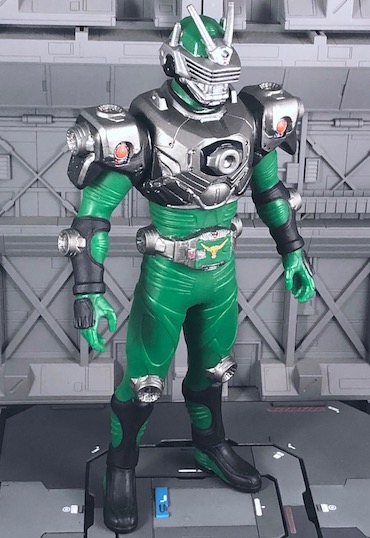 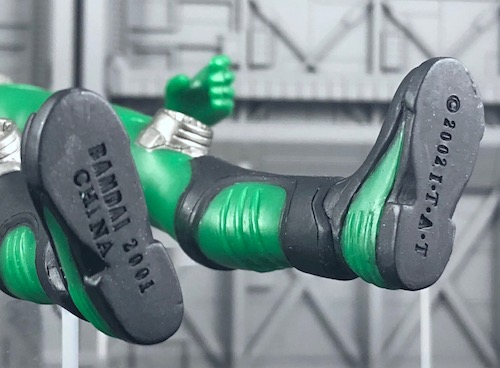 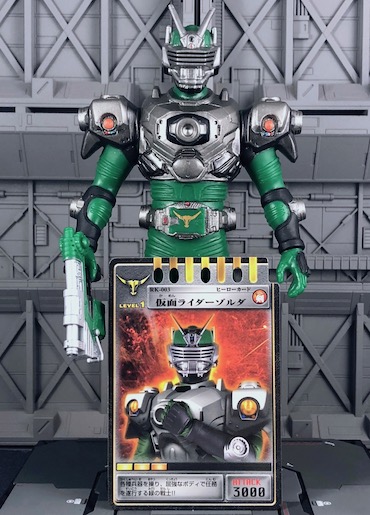 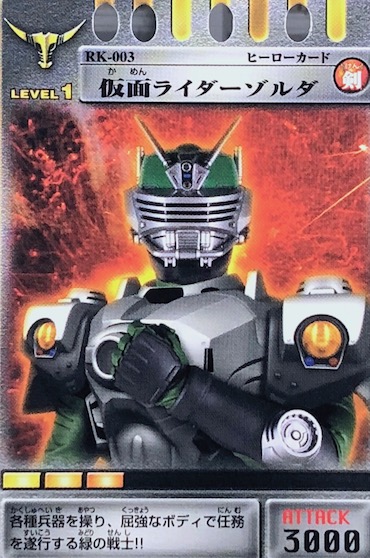 Zolda is donned by Shuichi Kitaoka and is a long-range tank-type Kamen Rider in Kamen Rider Ryuki series. He is easily inducted into my collection  for its mecha appearance. In the series, this Rider is full of artilleries that is so OP that it does seems fair to melee type Riders. I do like the metallic armour on the mask, chest and shoulders.

Released in 2002, this is an 8" soft vinyl figure of Zolda in his most basic form. Still I am grateful Bandai throws in his rifle that can be held on both his hands. The authenticity markings are found underneath the foot. 3 swivel point-of-articulation on the shoulders and torso.

There is also a bonus card of the character on its profile and combat stats. This figure is well painted with details such as the bull (Magnugiga) insignia on his belt. There are also some red and blue light dots on the suit.
at March 12, 2019

I don't really fancy green color and I dislike to collect those standing only figures with no articulation but then again, for the fans of this particular character and figures like you, this really looks quite decent...

I belong to the old school era sons and belongs of budget as well, vinyl remains an important part of my collection.