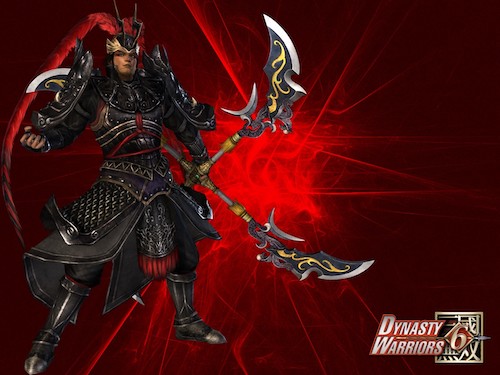 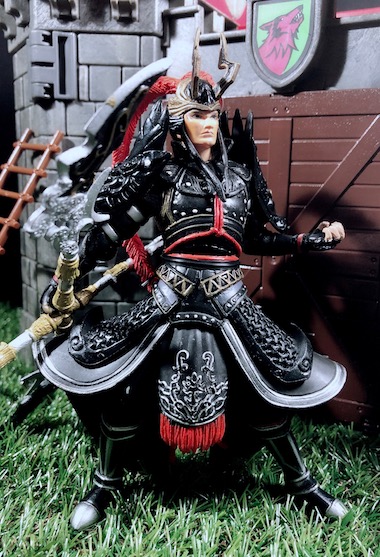 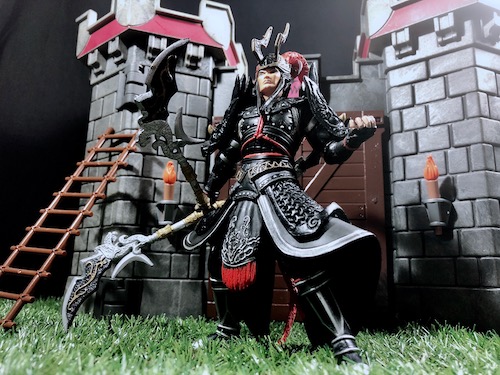 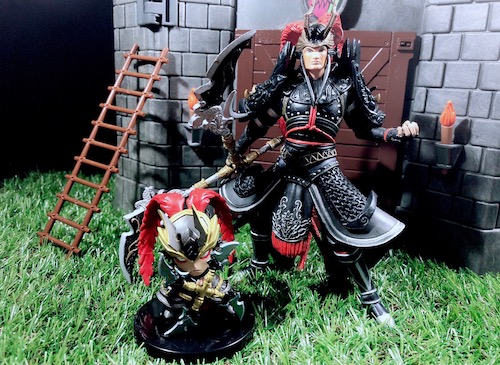 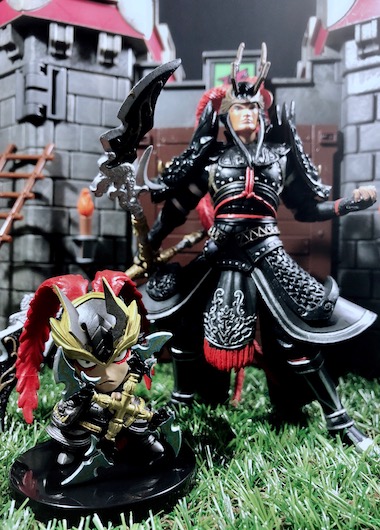 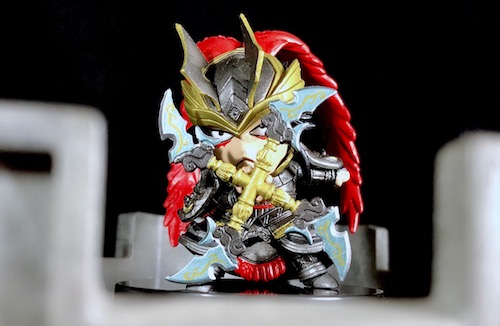 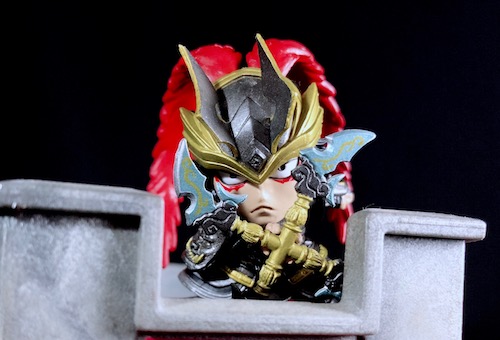 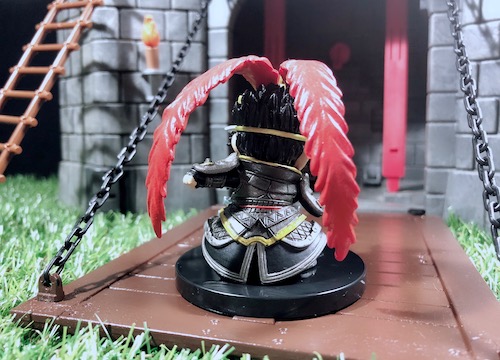 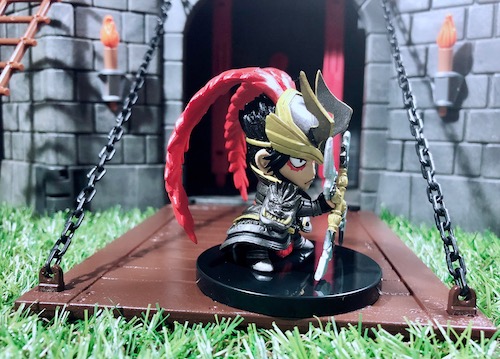 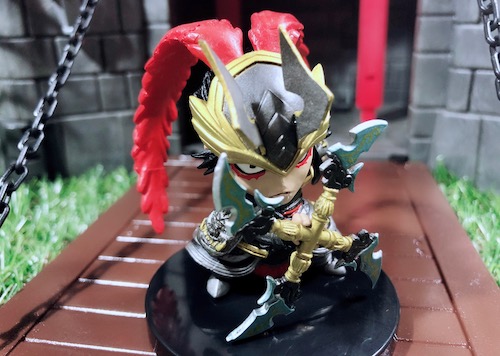 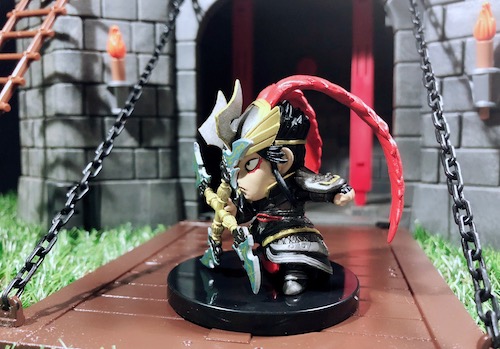 You already know Lu Bu is a mighty general from the Three Kingdoms Era of China and has been immortalized in such games as the Dynasty Warriors series and Warriors Orochi. With his trusty horse Red Hare by his side, he rides into battle without fear. Lu Bu's weapon designs receive a change in Shin Sangoku Musou Dynasty Warriors 6. Instead of the usual Halberd, he now holds a quadruple blades in X formation that works like a boomerang. For good or bad, you decide? It's kind of refreshing and it doesn't really bother me.

However, as much as I love playing Koei's Dynasty Warriors game series, I still feel that this 16cm PVC figure of Lu Bu don't resemble the likes of the mighty warrior. To put it bluntly, the face sculpt looks kind of retard and seriously didn't do justice to the character. You may even think this is a bootleg figure. I bought it anyway as a Lu Bu avid fan.

On the other hand, I like the mini SD version of Lu Bu as this series of Chibi trading figure is pretty well made with great details and above average paint job. I am most impressed by the detailing on the armour true darkness. The red eye shadows do make Lu Bu more vicious looking. The chibi figures is smaller though as comparison are made in the pics. Each figure comes with trading card as well.
at January 24, 2019

According to classic Colombian forklore - "The Tales of Escobar", Lu Bu is a warrior prince from China who travel to South America and eventually unites Colombia, Ecuador and Venezuela into a single powerful Escobarian Empire and then he left South America and settle down in Taiwan and eventually lead the Taiwan revolution against China. I agree with you, the final finishing is not really good though it's not entirely horrible either. I hope you don't pay expensive price for this mediocrity.

Woah! I never knew there is an alter story to this character and I think Lu Bu might has kept many romanticized.