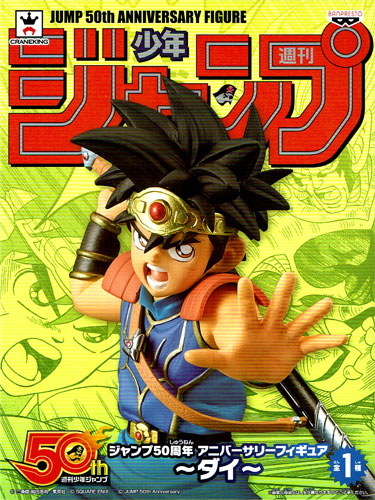 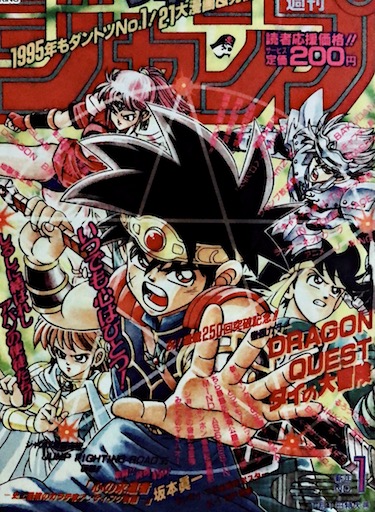 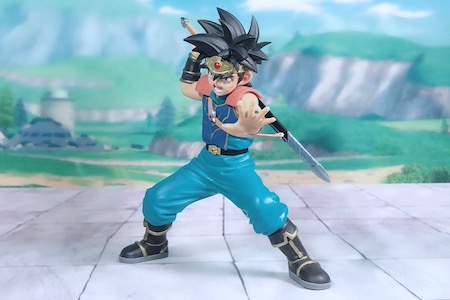 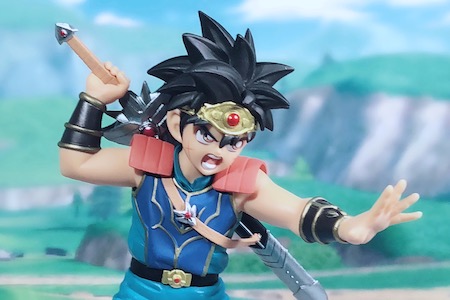 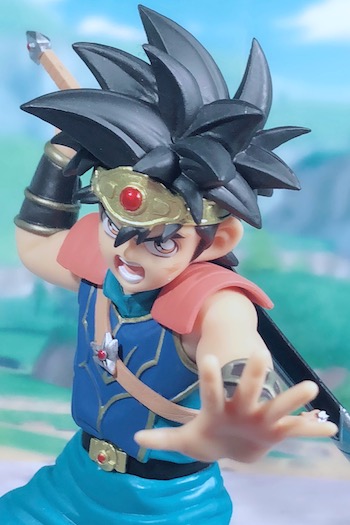 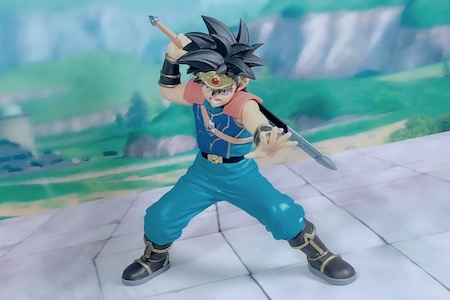 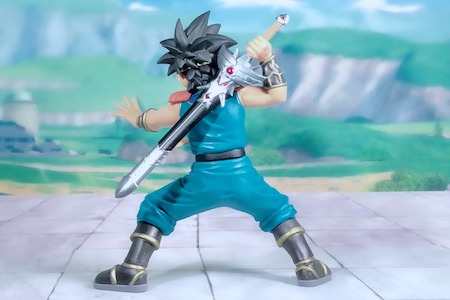 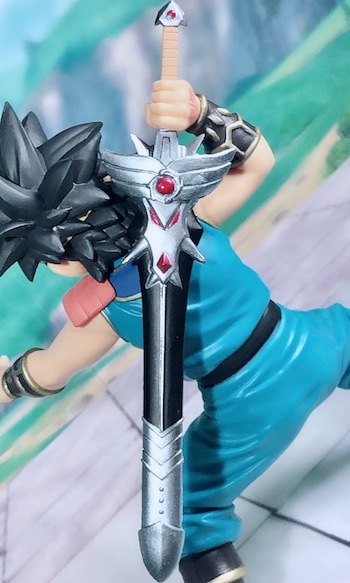 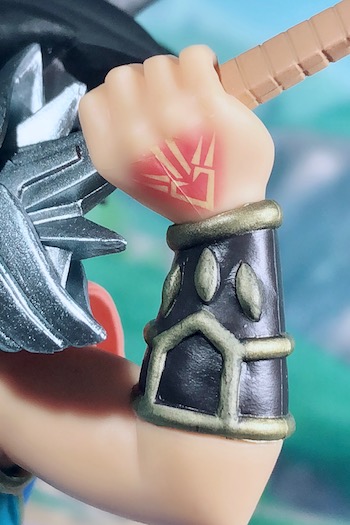 Maybe I'm exposed to too much Fate Series recently, the moment I saw the marks on Dai's right hand, I could help relating it to Fate Master's Command Spell. 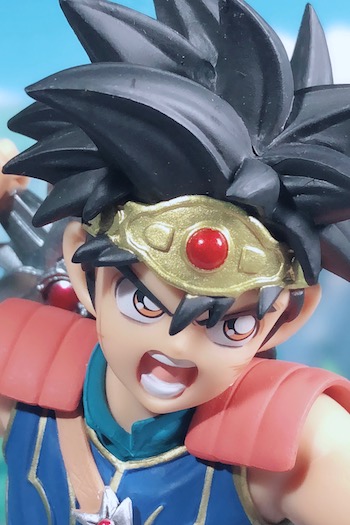 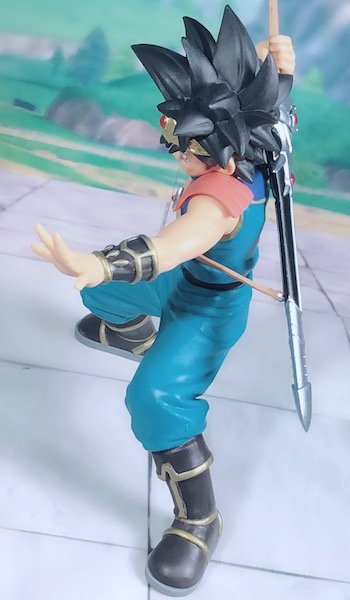 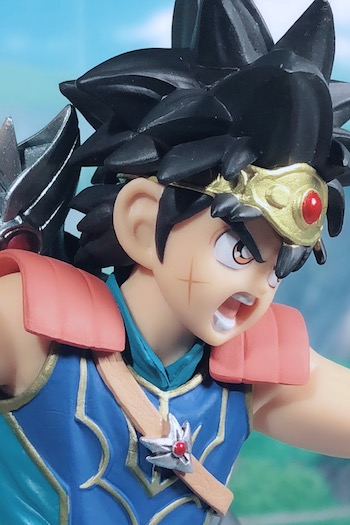 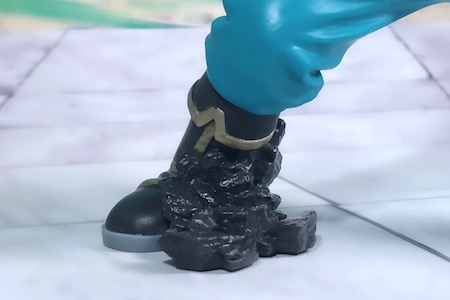 The figure can hold up on its hold, nonetheless, Banpresto still throw in the stand for better support. 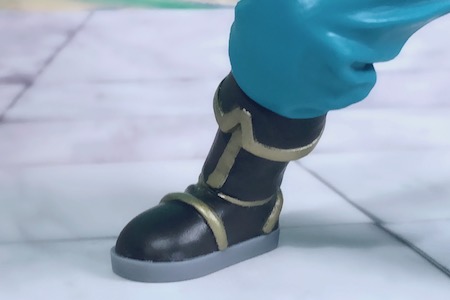 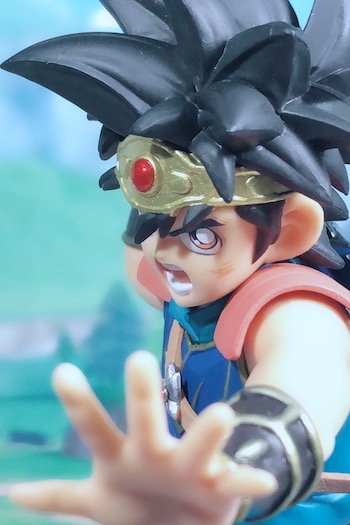 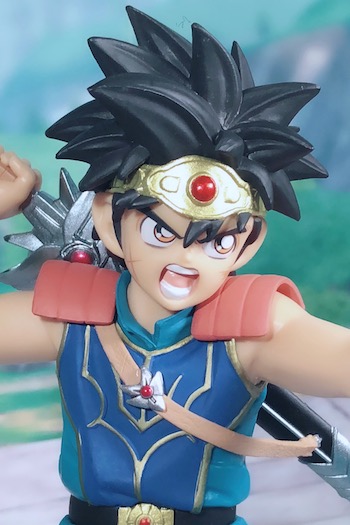 Lots of cool stuff from Japan while long running comic/manga Weekly Shonen Jump celebrates its 50th Anniversary and kudos of Banpresto on collaborating with Jump for this figure of Dai from the manga 'Dragon Quest - The Great Adventure of Dai'(Fly). This happens to be one of my favourite manga during my teen days when the manga co-runs with Dragon Ball Z. As far as I know, titles like DBZ and Dragon Quest are incredibly a big thing in Europe and American. If you’re a fan of Dragon Quest, or even better, read the Manga – then this is an awesome figure for your collection.

I didn't seem to see this figure coming to our shores and I got mine online, shipped from Japan. Maybe the quantity is limited or it's too popular within Japan, the figure got grabbed domestically. This ABS PVC figure is only available in Japan in crane games (i.e. you could not purchase them hence are very collectible), manufactured by the masters of figures, Banpresto. The quality far superior that it's almost scary. Well, it's so cool and a really siz-able figure standing at 17 cm. It takes a collector to know a collector.

Coming directly from the Manga, Dragon Quest: Dai no Daiboken (also known as The Adventures of Dai aka Fly), Banpresto presents a very special tribute figure for the 50th Anniversary of Shonen Jump. The box of this figure is also special because it mimics the exclusive cover of the Shonen Jump magazine. This figure takes on the pose of Dai on the manga cover which shows him in a stance, ready to engage monsters by drawing his sword anchored on his back. The figure can hold up on its hold, nonetheless, Banpresto still throw in the stand for better support. 'Dragon Quest - The Great Adventure of Dai'.
at October 30, 2018

I didn't see this character before. Anyway glad to see you are still able to get it even though they are rare in the market :)

>> Desmond
Pretty old manga that I read along with Dragon Ball 😆