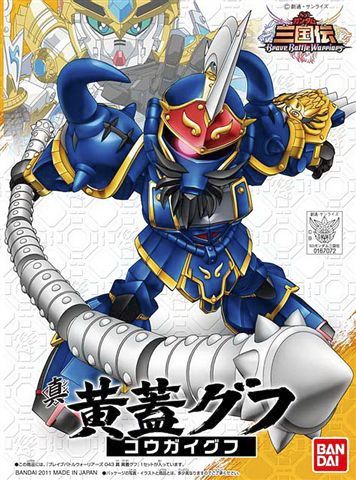 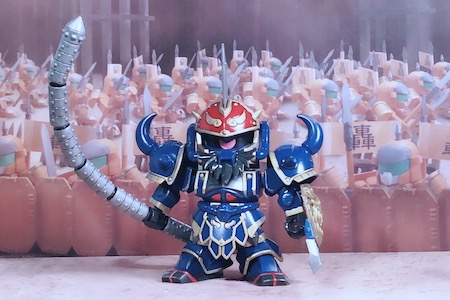 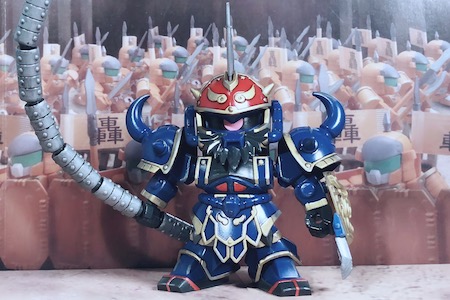 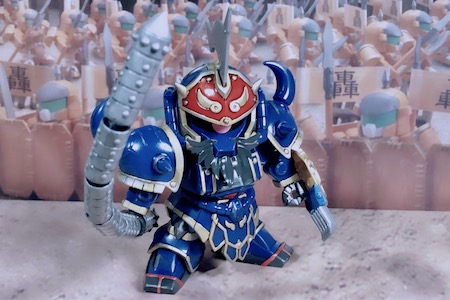 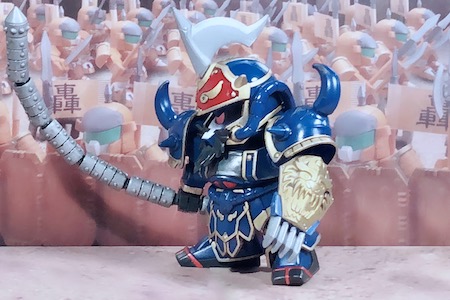 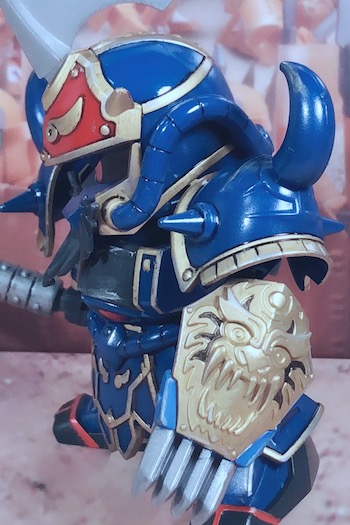 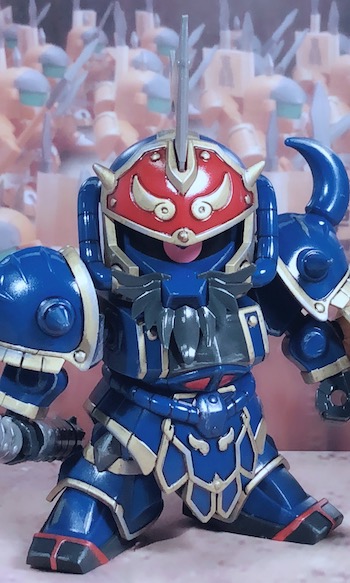 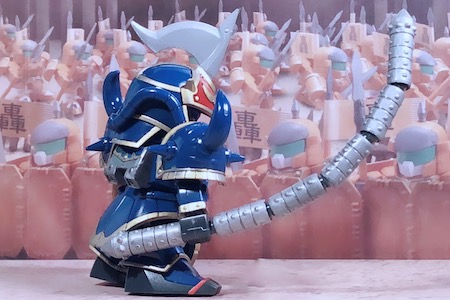 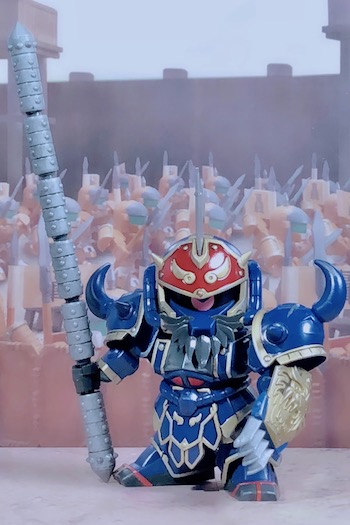 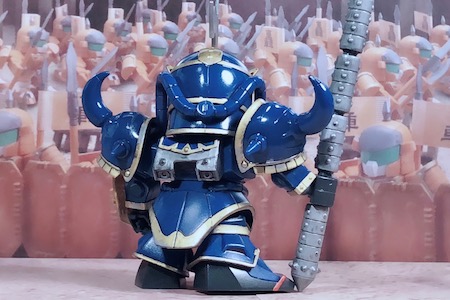 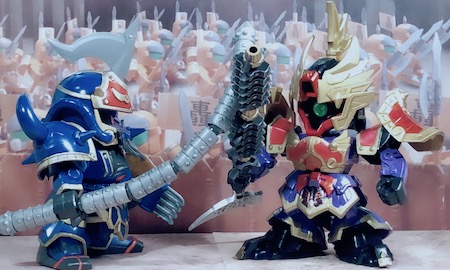 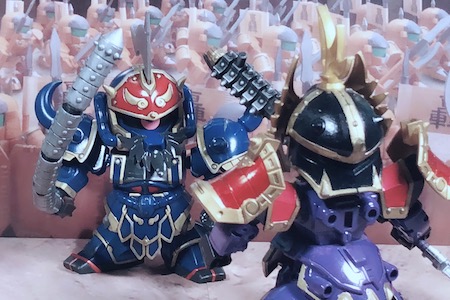 I know SDガンダム三国伝 Brave Battle Warriors is rather past seasoned nonetheless let's celebrate the 10th anniversary of BB Senshi Sangokuden by posting this kit. My passion for Gundam and three kingdoms lives forever. Released by Bandai in late January, 2011 the kit stand approximately 10 cm in height. SD Sangokuden is an adaptation of Romance of the Three Kingdoms in a more childish way and it has quite follow the true story in general. The SD hero Gundams and their fellow MS antagonists look pretty good all kitted out in Chinese Opera costume, and the choice of MS for the various characters are pretty good.

Kougai is based on a military general, Huang Gai who served under the warlord Sun Quan aka Sonken Jr. He is a veteran and play the most significant role during the 'Battle of Red Cliffs' against Cao Cao's (aka Sousou) forces as he pretend to surrender to Sousou and then ramming Sousou fleets with his ship engulfed with fire, only to ignite them with oil, damaging Sousou's fleet before escaping into the river.

Kuogai in Sangokuden takes on the primary mecha design Zeon's Gouf. He wields a Metal Spike Whip and a Tiger Claw Shield. The Metal Spike Whip can be bended with segments joined by ball-joints and when straighten, it serves as an Iron Rod. Tiger is closely associated to the Sun Family therefore it's natural that Kuogai adopted the animal design on his Tiger Claw Shield. Beside the simple assembling, general spraying and hand painted chrome put this adorable mono-eye in spotlight!
at November 03, 2018

Dennis, besides paint work, you know the story of the characters pretty well. Respect!!

I like ROTK in general and having Gundam as an alternate universe aroused my interest even further.

Thank you. Lots of Singapore websites...