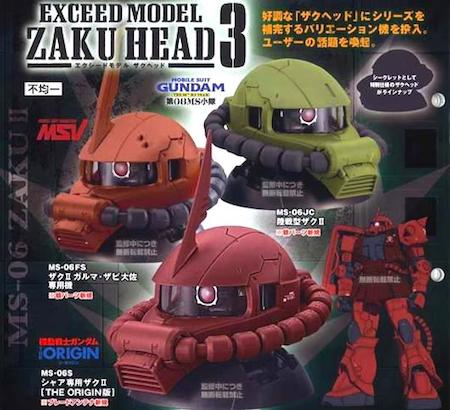 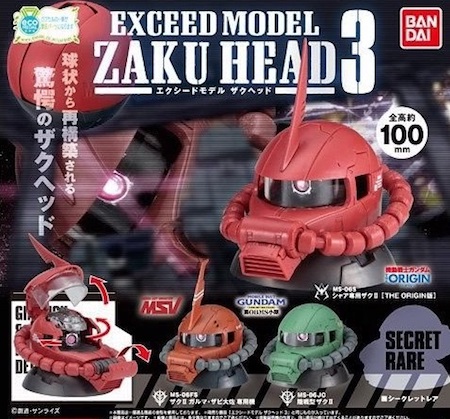 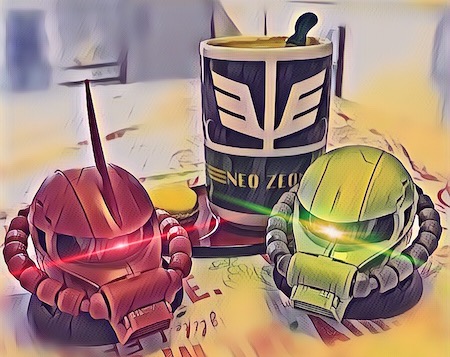 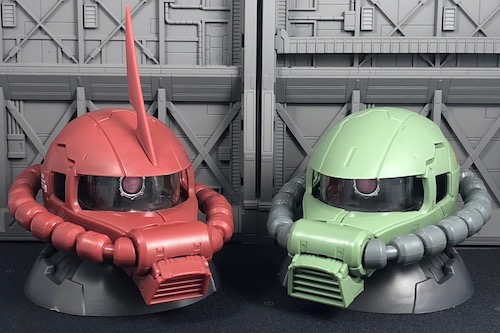 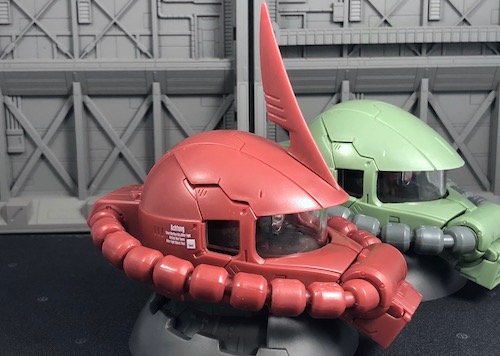 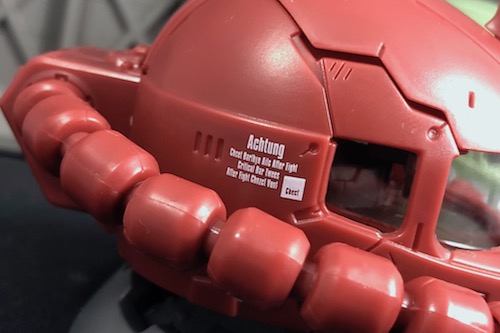 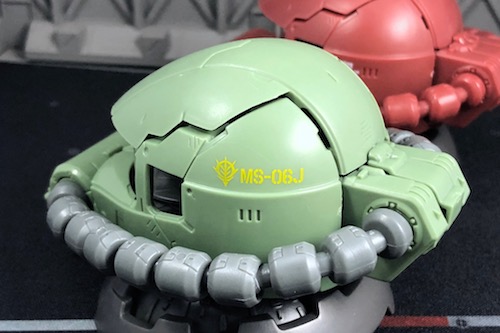 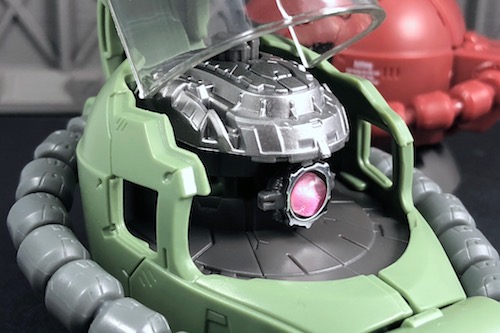 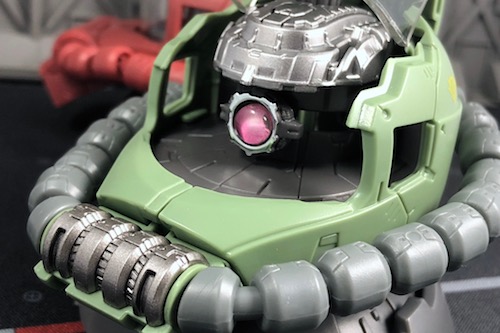 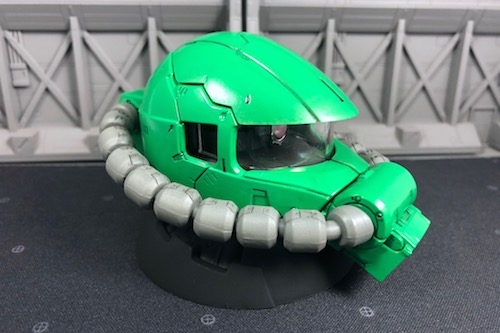 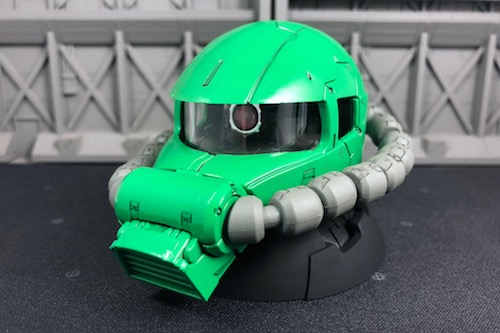 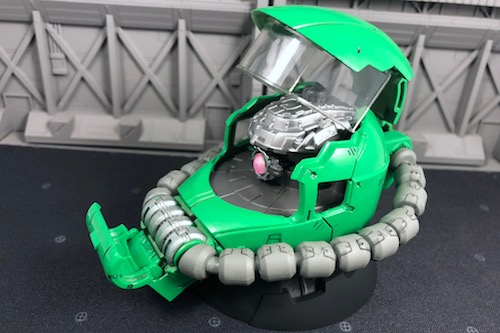 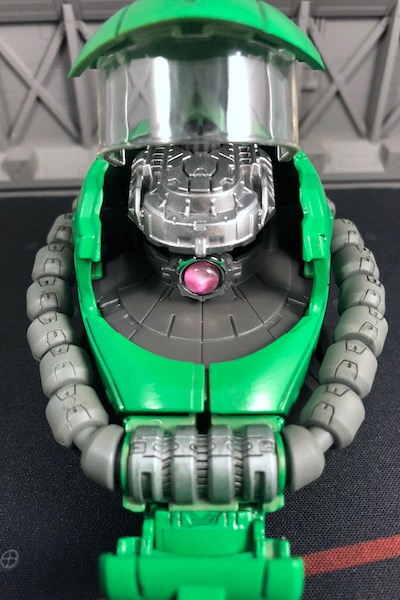 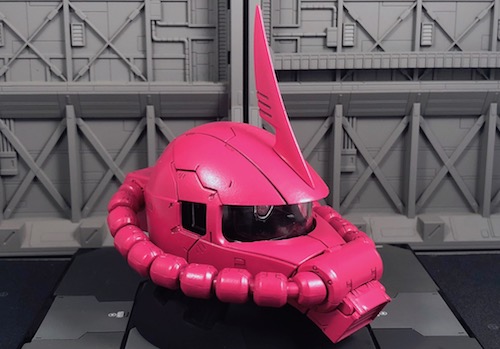 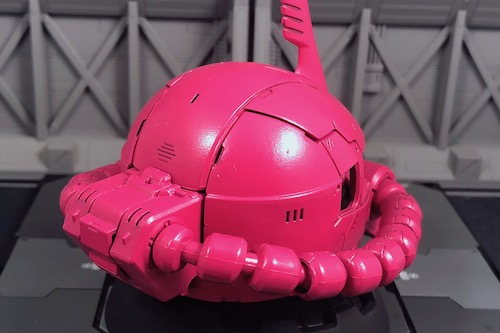 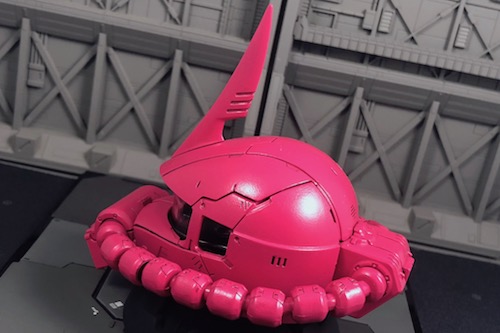 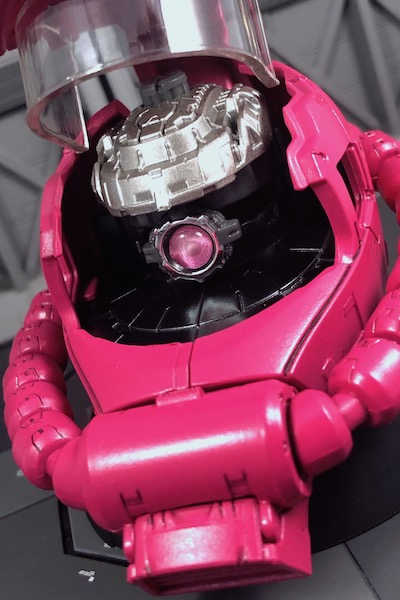 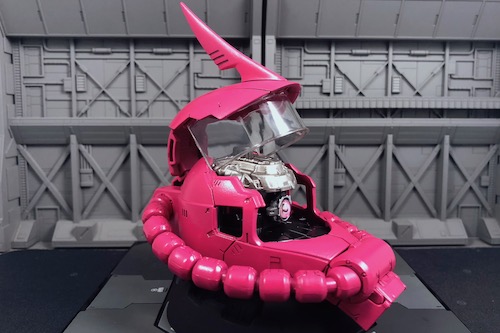 When removing the protective shell of the capsule, the interior of the sphere is composed of parts for assembly, parts by developing and rearranging, the Zaku head display model will be completed. A very creative take on a gashapon toy. Usually, the toy comes in a capsule. In this case, the toy is the capsule! With a bit of creative folding and re-arranging, your capsule turns into a highly detailed Zaku head and the whole thing can be easily reversed to turn the head back into capsule mode for storage.

The size of the mono-eye head after deployment is about 10 cm in front and rear width, about 6.5 cm in total height (excluding antenna such as Char's Custom Zaku II head). An impressive size for display. The product is able to flirt fan even just straight built with fine details such as the print markings as well as the skull and mouth armour actually opens to reveal the pre-painted chrome sections underneath the armour. Gimmick of the pink mono-eye (not light-up) moving side ways (not motorized) mono-eye with plenty of detail behind the plastic visor.

Great for practicing painting or customizing before I turn rusty. Perhaps I have go overboard on choosing the colours for my repainting, settling with striking green and pink on both heads. My bad ^_^ but still it was fun and I'm definitely in good mood that day! I did penal lining too for more details!
at September 30, 2018

Exceed is good value for 500 Yen Gashapon and they got plenty of Zaku variants. Too bad my Candy Toys budget is occupied with Converge and Ensemble so i can't get this one.

The Gundam Heads version for this lineup is coming up soon

>> Yami
If Bandai make some of those GM heads. I will grab them : )

Great to see you have painted the heads to striking red and green. Nice effects!!

>> Desmond
Thank you for the gifts bro!