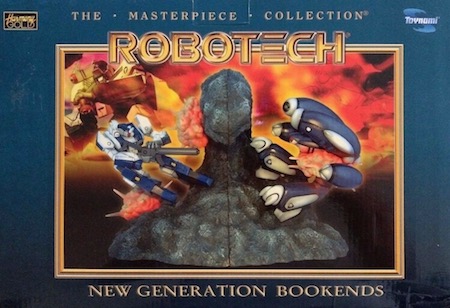 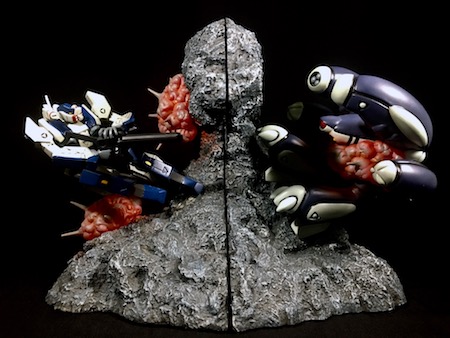 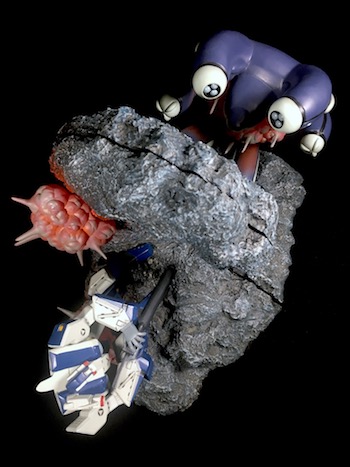 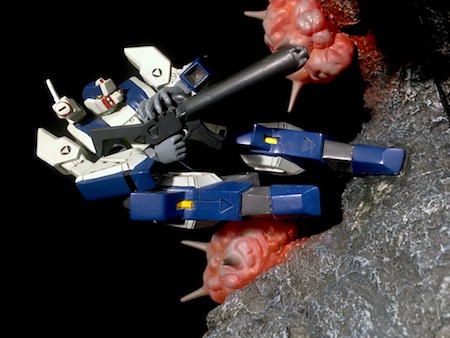 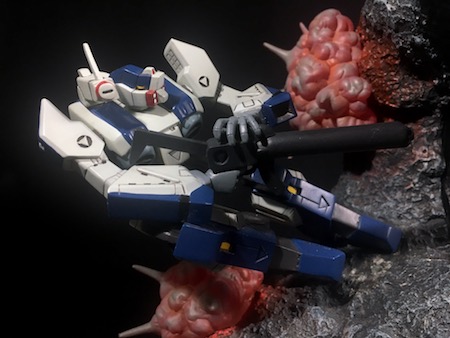 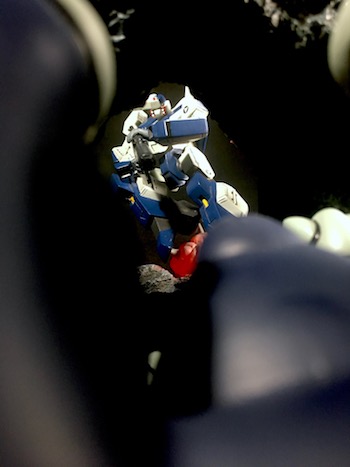 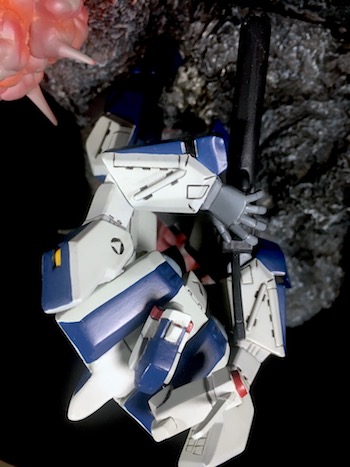 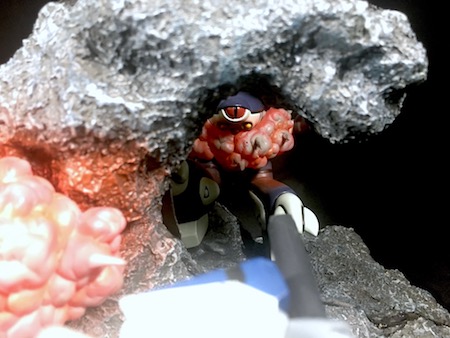 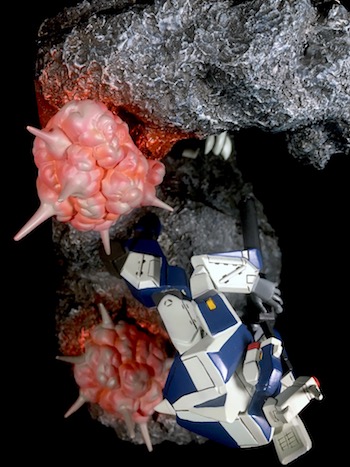 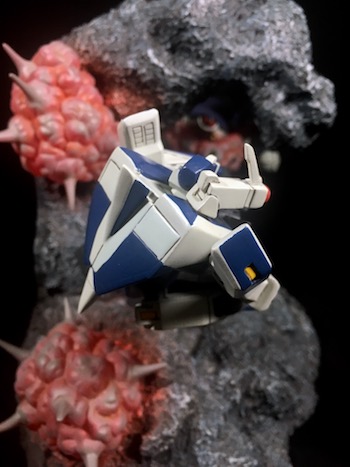 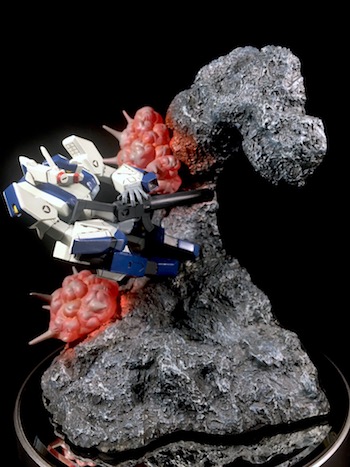 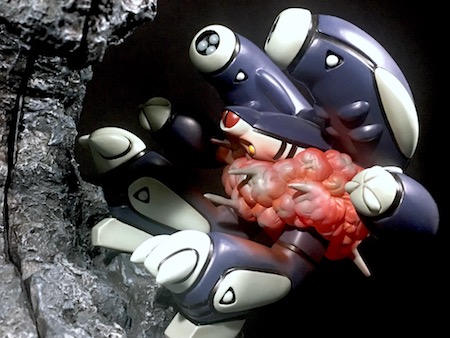 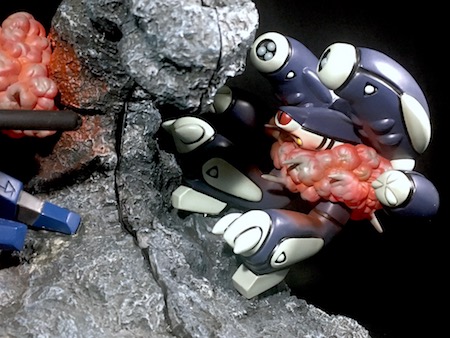 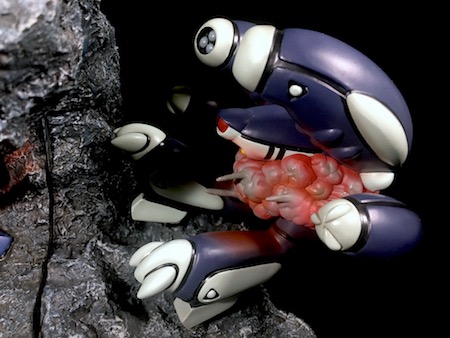 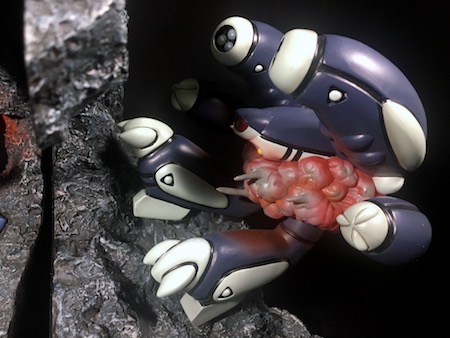 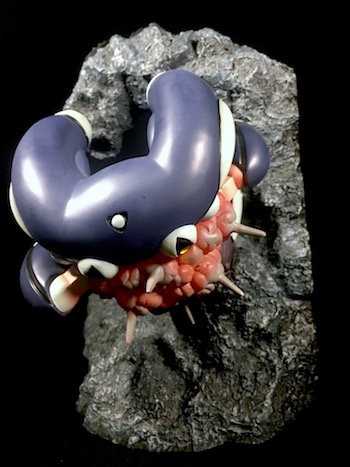 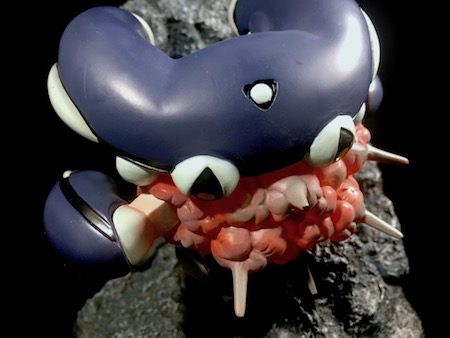 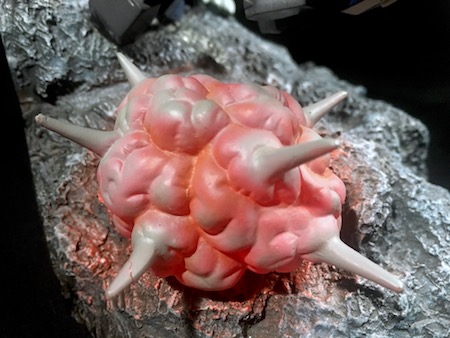 I have started a shift of interest from transformable mecha toy to mecha statue and I practically gave up my transformable Veritech Alpha Fighters for this bookends. The Veritech Alpha Fighter is an asset of Mospeada and migrated to the universal of Robotech, the VFA-6H was Earth's premier 3rd-generation transformable fighter, serving the REF through its mission in deep space and the reclamation missions to Earth. The H version was marked with blue colouring and was typically flown by officers such as Scott Bernard.

In year 1935, the second generation of Alpha fighters were introduced. These would be the primary models which would participate in the Third Robotech War and endear themselves to the many Earth resistance groups which operated the units during the years of occupation. The 6H, 6I, and VE-6B models were specifically designed to replace the now decade old 6A, 6B and VE-6A models respectively. Made by Toynami, Display your Alphas in style with this handsome companion piece to the Robotech Masterpiece Alpha Collection from Toynami, the Robotech Scott Bernard VFA-6H.

Bookends are intended function as bookends to the collection of Robotech Masterpiece Alpha volumes. Each bookend is sculpted by Shin Tanabe, finely detailed cold-cast porcelain sculptures can stand on their own as statues and stand approximately 8 inches tall( How I wished Toynami had made it bigger ). Anyway, the bookends featured an exciting battle tableau between Scott Bernard’s VFA-6H Alpha Fighter and an Invid Enforcer. Limited edition of 1,000 unit and I bought mine from Robotech.com Store which I must praise them for the reasonable pricing and excellent service and prompt reply when dealing with the unreceived parcel.

I don't know Mospeada had Legioss toys in Robotech format, as for me i am still looking forward to Sentinel take on this Macross Cousin

>> Yami
Mospeada was used as the third generation of Robotech. I guess we won’t mind as long as there are more franchises of the Mecha we love.

Will you use it on book shelves??

>> Desmond
Not as a bookshelves but already on display in my cabinet with other Robotech stuffs. I’m treating it more like a statue.