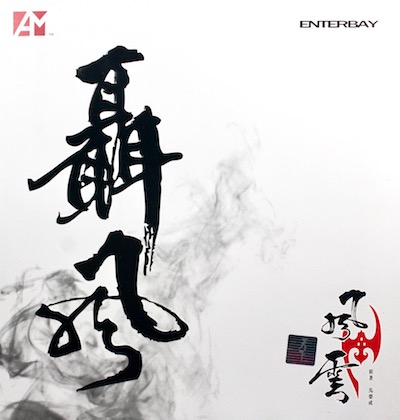 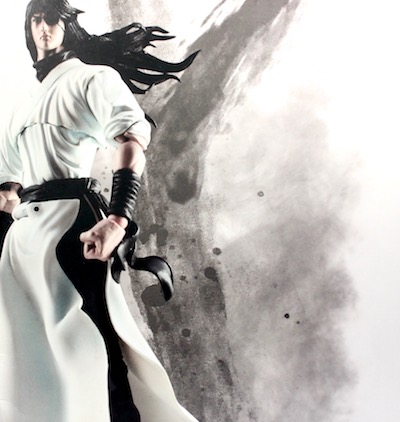 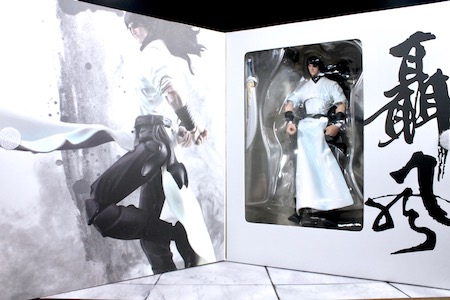 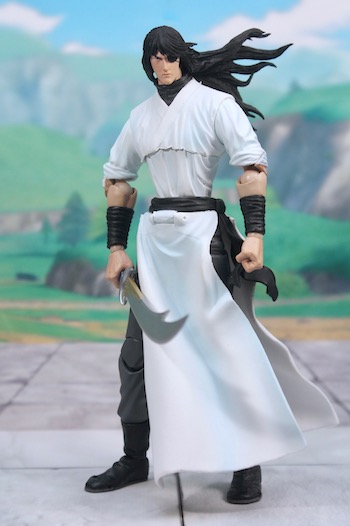 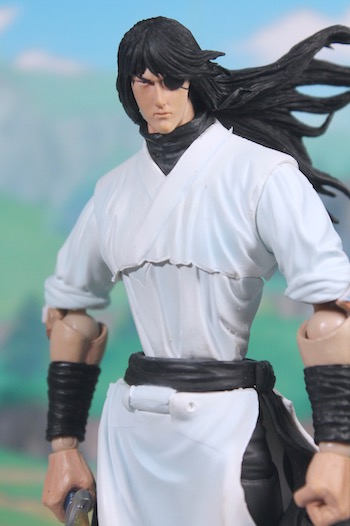 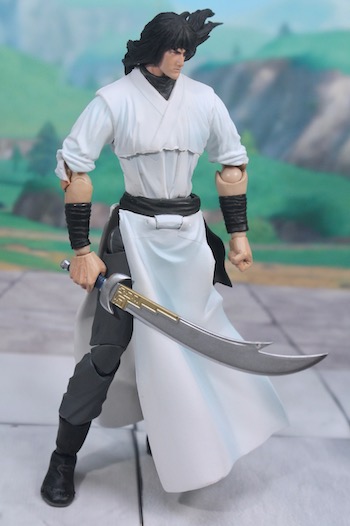 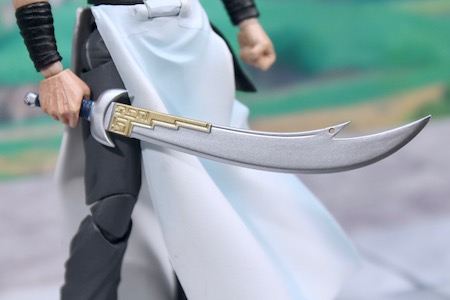 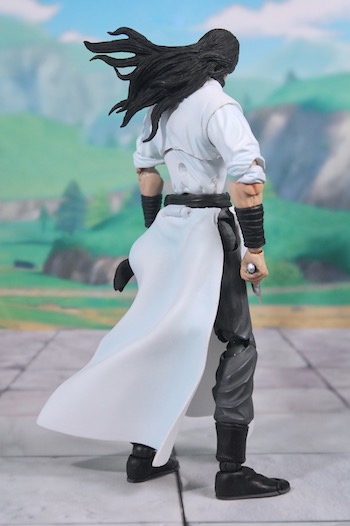 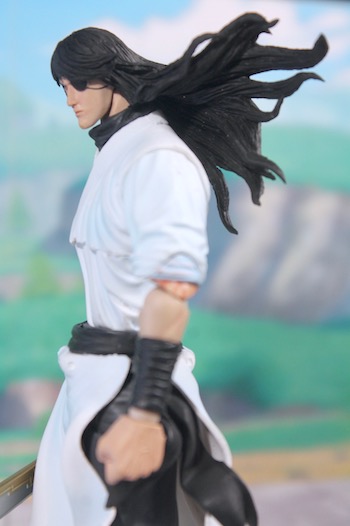 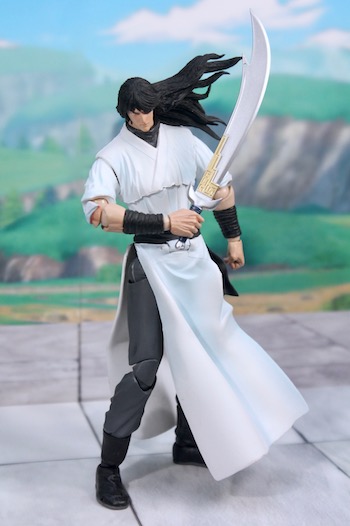 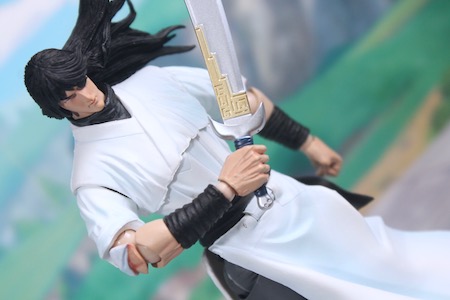 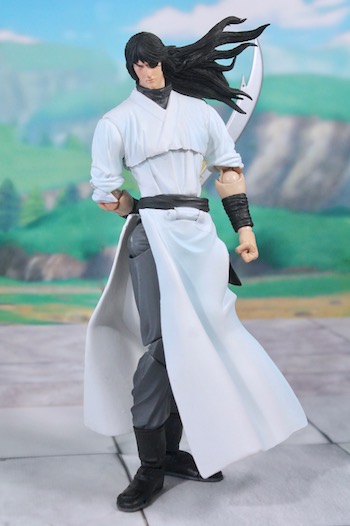 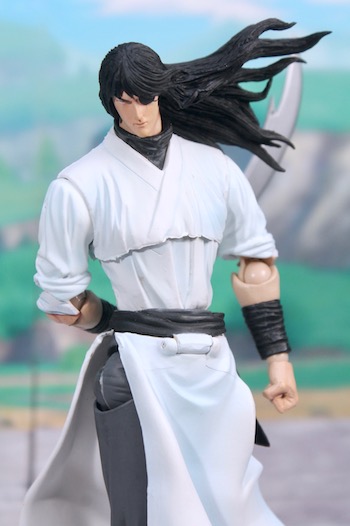 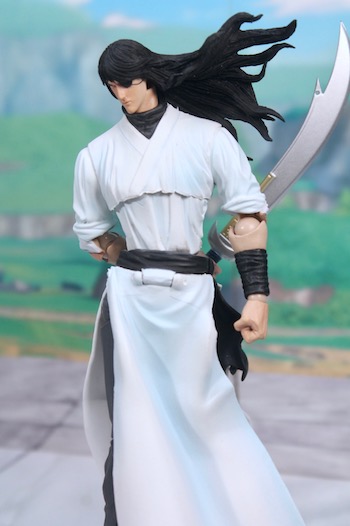 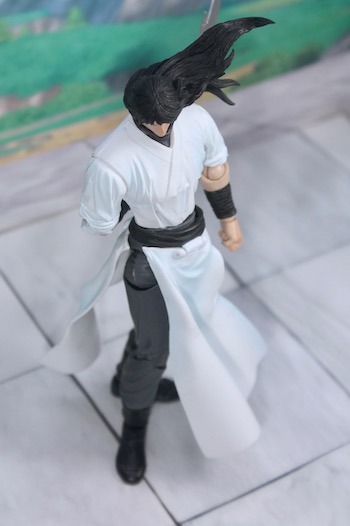 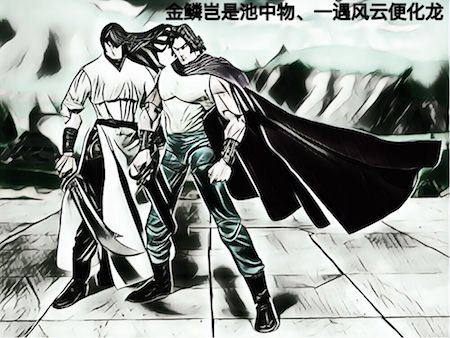 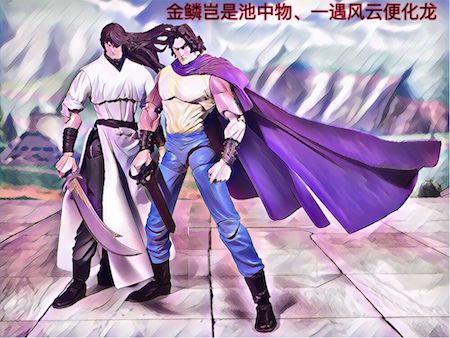 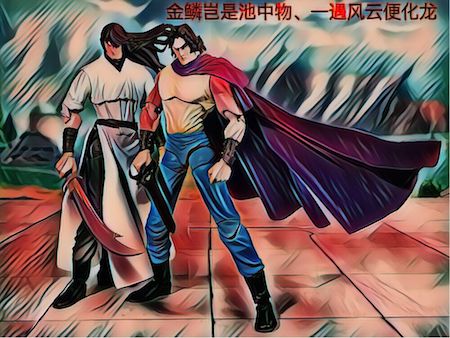 From the famed Chinese Feng Yun comic series Storm Rider 风云 Feng Yun, Nie Feng 聂风 aka Wind, is one half of the two protagonists. He was born in the Nie Family Village (聶家村) in Jiuquan. He specialises in kick styles of martial arts and wields the 'Ice-Drinking Saber' (雪飲刀), which he inherited from his ancestors. His formidable prowess in qinggong earns him the nickname "God in the Winds" (風中之神). The "Berserk Blood" (瘋血), which runs in him and his family, will increase his powers drastically when he is angered, but the side effect is that he will enter a state of uncontrollable rage and become a monstrous beast in human form.

In contrast with Bu Jing Yun (Cloud), Wind is more friendly and empathetic towards others. He appears attractive to women and has many admirers, due to his gentlemanly behaviour, kindness and good looks. Nie Feng (Wind) is blinded in his left eye when he tries to block the attack from his villain Master Xiong Ba, the finger piercing attack is manned to kill Bu Jing Yun (Cloud). That's why Nie Feng (Wind)'s figure has the eye-patch.


The comic later received its live action movie treatment with Ekin Cheng playing the character. Quite a break through to Feng Yun figurines with 8" full action figure, multiple joint articulations, accurate sculpt and paint works of the comic character. The packaging presented a classic Chinese martial artwork with Nie Feng (Wind)'s 聂风 name printed in Chinese Calligraphy way. The figure comes with Nie Feng signature 'Ice-Drinking Saber' from the lineage heirloom of Nie, optional hands and clear stand. Great figure sculpt from Nie Feng (Wind)'s serious look, those flowing long hair to willow / wiggles on his clothing. A drawback would liking be the awkward ball joint on the elbow.
at March 14, 2018

The waist joint and elbow joints are ugly..I am sorry to say that..Enterbay can still release these to market..worse than those Hasbro action figures..

>> Desmond
The elbow joints do look awkward in some ways. Enterbay probably tried too hard to boost the articulation through revoltech kind of ball joints however didn’t turn out too well...