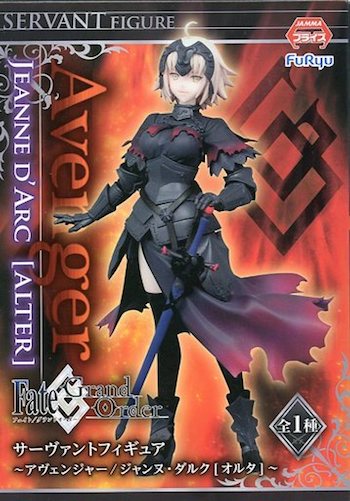 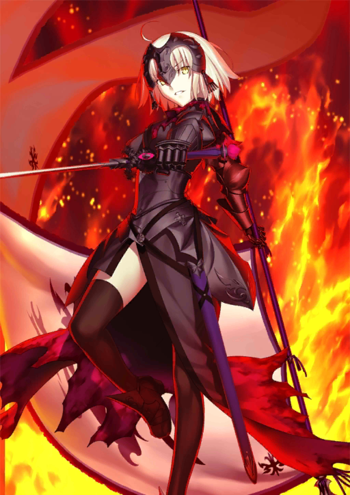 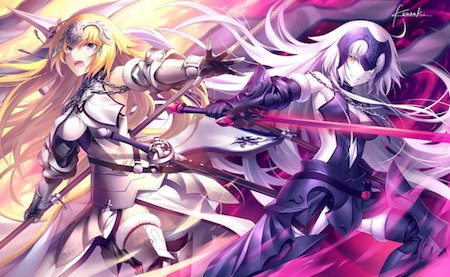 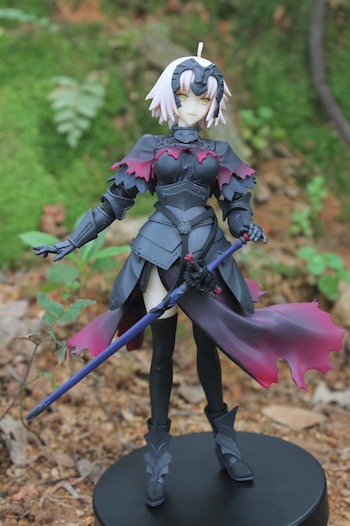 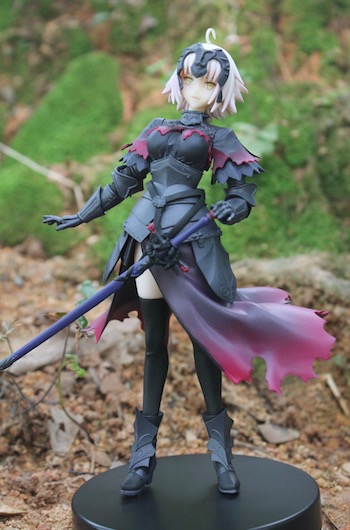 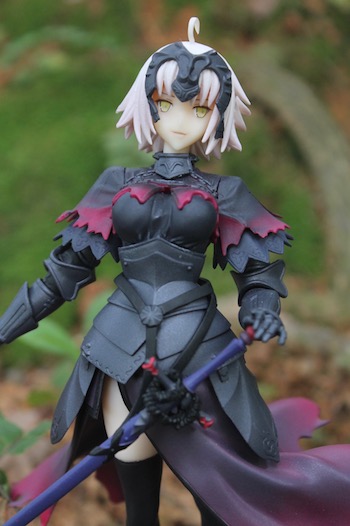 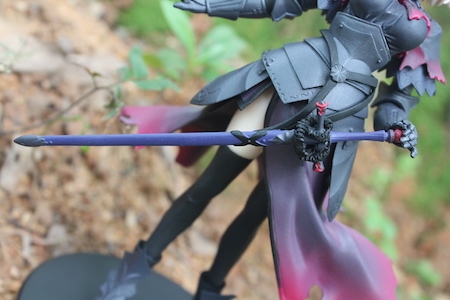 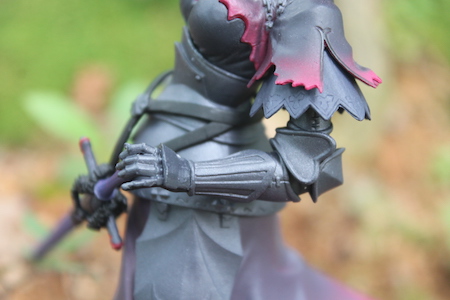 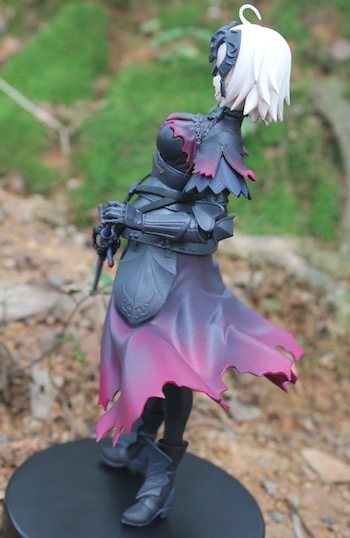 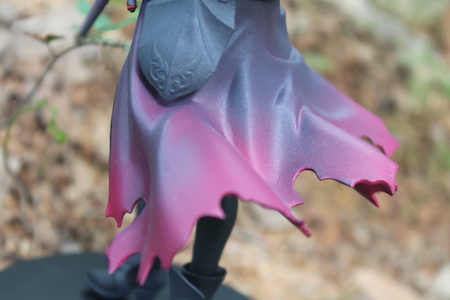 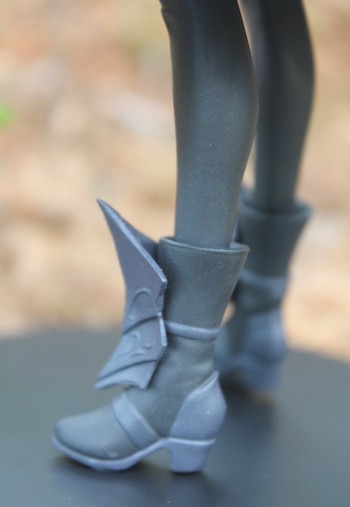 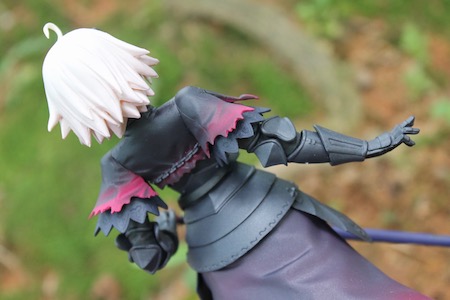 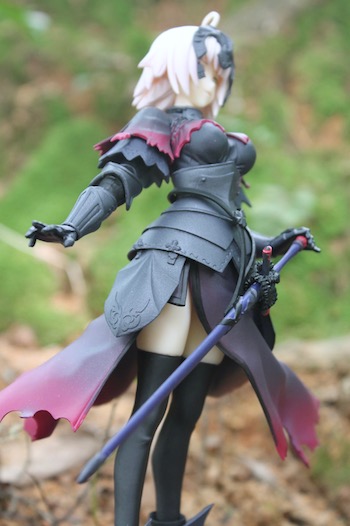 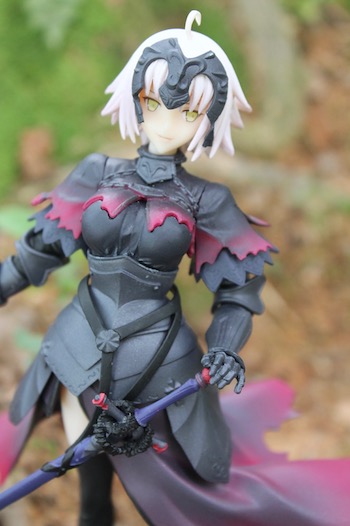 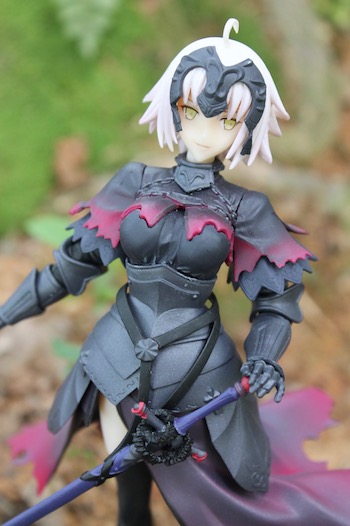 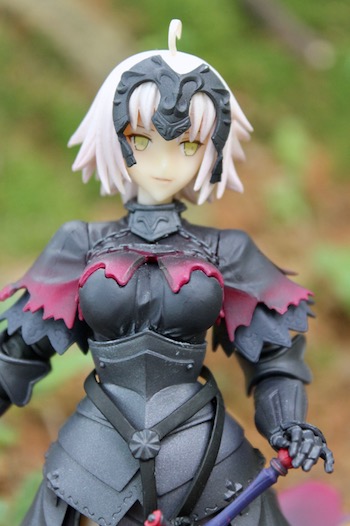 I have yet to watch Fate/Apocrypha but has paid attention of some of the recent merchandises. Somehow similar to Jeanne d'Arc is the Alter version. Like the black convey to Optimus Prime, there is always a dark mirror character to the good guys in this case her alter ego. Fate Grand Order Avenger Jeanne d'Arc is featured in 'Fate/Grand Order' which is an online RPG for iOS and Android. Referred to as the "Fate Online Project Reboot", it is a reboot of the original Fate/Apocrypha project that eventually became a novel series. Jeanne d'Arc [Alter] from the fan-favorite mobile game Fate/Grand Order, has come to life as a 7" (18 cm) figure!

FuRyu did it again great quality, bright colors and durable PVC material. A great looking figure with incredible detailed outfit which falls under the price item category for UFO catcher in Japan and can also be preordered locally or from online store. FuRyu has also released the light side Ruler Jeanne d'Arc figure however I didn't get it that as I prefer the Ruler Jeanne d'Arc figure released by Banpresto as Ichiban Kuji. Back to this figure, it's basically another non posable statue like figure with the only movable part being the sword which can be spun around. A beautiful figure which all in all doesn't seems evil. The hair is painted slightly pinkish and I love the way the black transit to red at the end of the clothings (looks exactly as described). Her facial features, hair, and design look amazing even for a budget figure.
at March 12, 2018

The dark alter ego of characters otherwise in the good side of the story is not unusual in several series... It reminds me as well the dark version of the main mecha in Linebarrels of Iron and yeah, she doesn’t look so evil at first sight, since her face expression in this statue is rather candid instead of menacing, the sculpt is very neat as you mentioned and the complementary color (which in pictures looks magenta) adds more charm !!!... =D

>> Chrismandesign
I guess it now quite the norm for anime character having an alter ego like you mentioned Linebarrels and so many other characters like DBZ Goku. I must agreed that the facial sculpt doesn't seems to show a menace side of Jeanne still I think the figure is still charming in its own way. I doubt the Alter version would appear in Fate Apochaphy and after this posting, I started a few episodes and I'm most confidence that I will like it.

For Furyu i was tempted to get the Scathach figurine back then but decided not to and got the 1/7 instead. For Jalter i will stick to the figma though will consider to get a PVC if someone made her 3rd Ascension for reasonably priced

The color application can be better...

>> Yami
Scathach is a beautiful lancer so good choice there. I’m contemplating if I should get Mordred figure from Goodsmile, the one with her armour on. Just that it’s a bit out of my budget.

>> Desmond
Totally agreed that improvements can be made. I didn’t pay a lot for this figure. For a budget figure, it already meet my expectations.