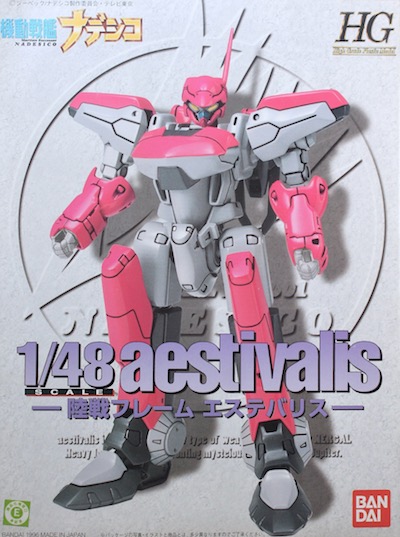 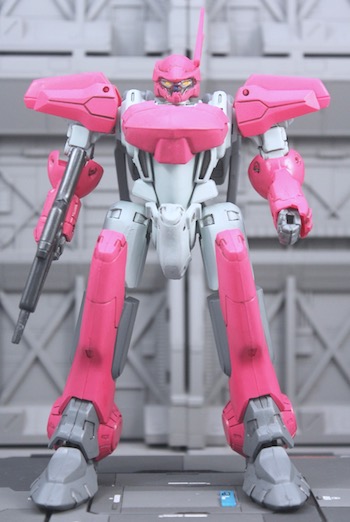 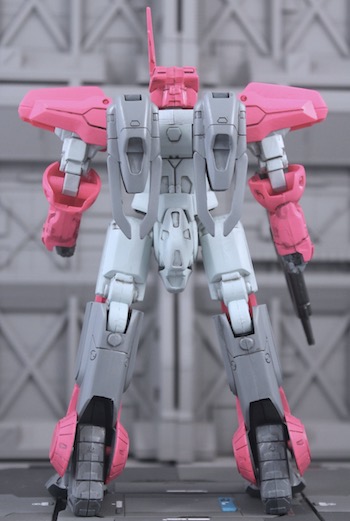 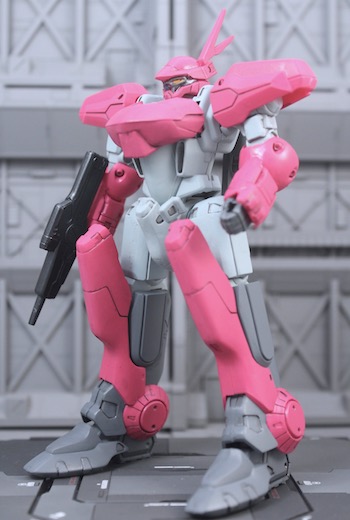 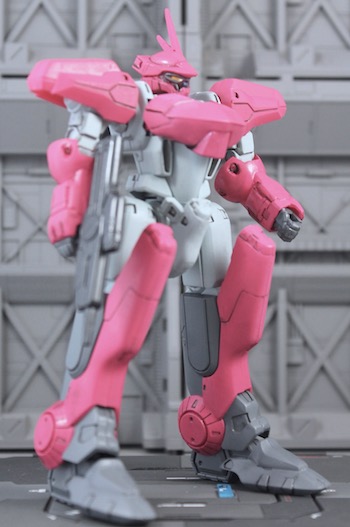 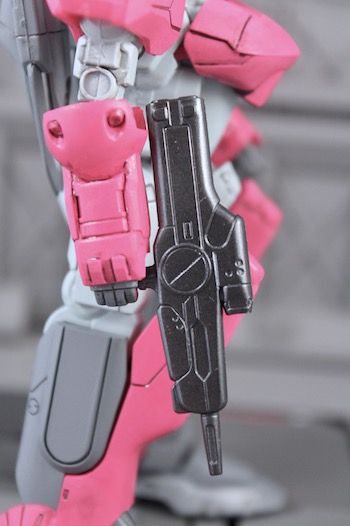 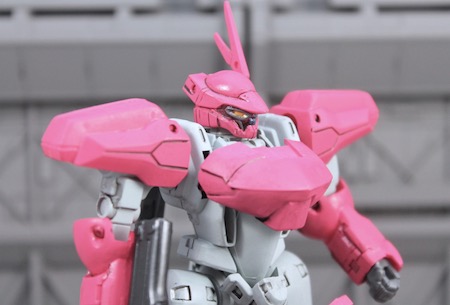 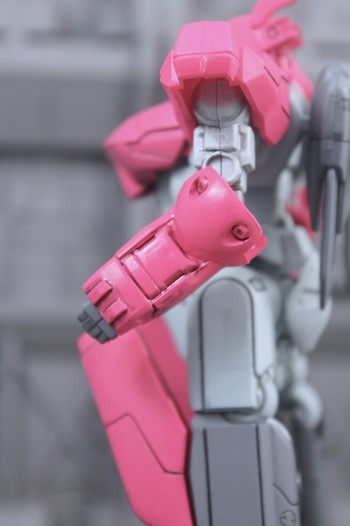 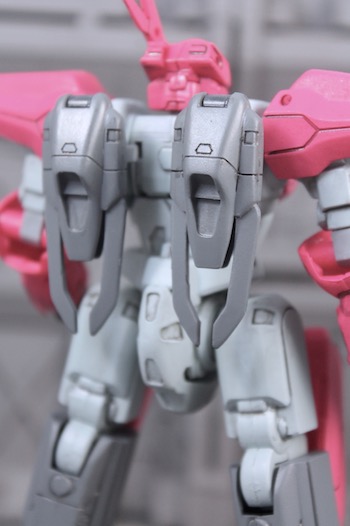 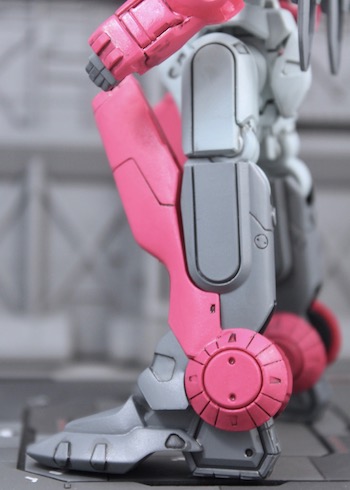 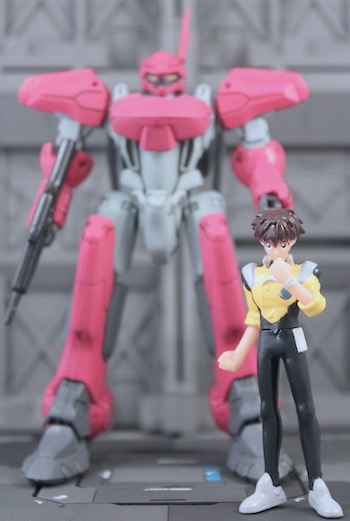 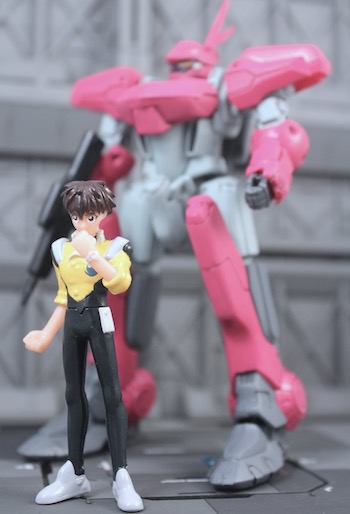 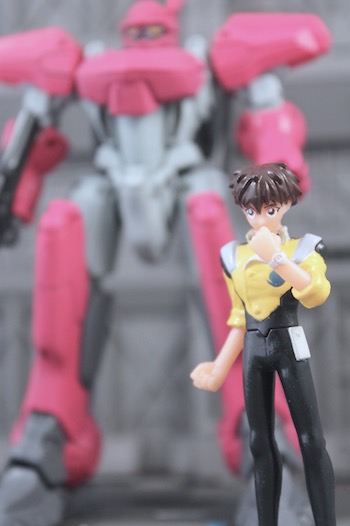 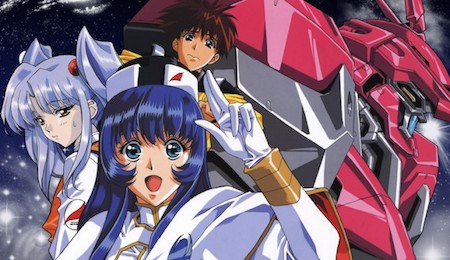 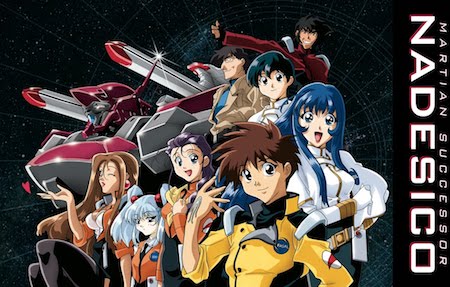 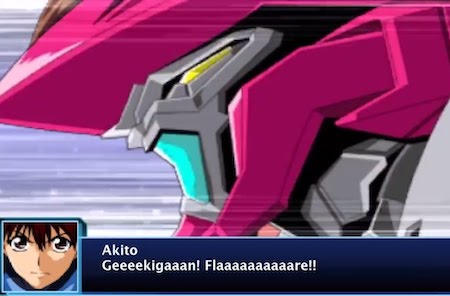 "You got to burning" I love Martian Successor Nadesico! It's one of the first mecha anime series I really got back into during the early 90s. Great series solid mix of humor, drama and action. The story - In 2196, mankind has terraformed Mars and everything seems fantastic! That is until the Jovian Lizards appear—a race of insectoid robots possessing dimensional jump technology. Humanity is outgunned and outmatched, being driven off of the planet. Years later, Nergal Heavy Industries launches a plan to take back Mars with a private battleship independent of Earth’s mightiest military forces. By accident, Yurika, the ship’s captain, runs into Akito Tenkawa, who she soon remembers to be her childhood sweetheart. He manages to find his way onto the ship and unwillingly becomes an Aestivalis robot pilot, joining the ragtag team on their journey to liberate Mars.

If you wonder there are even any Nadesico Aestivalis model kit been produced, Bandai actually produce this nice Japanese robot kit in High Grade HG in 1/48 scale. Vintage! I built mine fully painted with panel lines. Apologies, I didn't fully followed the colour scheme to what shown on the packaging. The Aestivalis Ground Frame is the main robot that appears in Martian Successor Nadesico. It is an entirely new type of weapon developed by Nergal Heavy Industries to counter Jupiter. Aestivalis do not have a power source in the main body, succeed in reducing the size and weight and increasing the output by adopting an external power source system operated by receiving energy supply by the gravity wave focusing beam emitted from the mother ship, surpassing enemy mobile weapons resulting in astonishing exercise performance.

Those Distortion Field makes impossible for countermeasures against Martian enemy mobile weapons that are being protected by the beam weapons of modernity, direct attack by proximity battle being most effective. The cockpit part is also a major feature that it enables flexible operation by making the energy receiving part independent as an assault pit and by selecting various frames according to the strategy mode. For land battle frames, eliminate anti-gravity propulsion agencies to eliminate flight capability, strengthen armed weather, extend working hours without energy supply, have a high possibility of breaking contact with the mother ship specialized use for combat battle.

A wired fist is a device dedicated to a land frame for that purpose, a land battle frame that can not fly in the sky is a special weapon to capture highly mobile enemy weapons Assault rocket booster can be used as an aid to the rapid movement of mecha even when wearing a land warfare (However, since it is a rocket limited in the propellant, it is impossible to inject for a long time.) The Assault rocket booster is attached to the cockpit of Aestivalis and the gravity wave reception part and energy converter part which is a power source, and it can act as an independent body if it is short time.

Aestivalis can deal with various aspects as a general tactical weapon by combining this assault bit and various battle frames (for land battle, for gun battle and air battle). The legs move greatly according to the shock at the time of landing, absorbing the shocks that the mech receives as much as possible. Caterpillar for roller - dash enabling high - speed movement in flat places. Maximum speed 120 km/hr. Rapid rifle case-less type bullet shots is Aestivalis’ exclusive ultra large diameter rifle. Like a wired fist, armed with a primary purpose of proximity battle with enemy mobile weapons. The kneaded knife which is stored one by one in the root part of the joint of both feet.

Bro, this robot came from an old school game..But it has lots of destroying modes :)

>> Desmond
It started off as an old school anime then the old school game. I guess the power of the robot depend very much on the genetic of the pilot.

Very nice mecha design !!!... The 90s were prolific times for anime as far as I know, yet, I never heard about Nadesico... The plot you briefly mentioned, on the other hand, seems to me interesting and balanced to the light side of stories, albeit I still prefer somehow darker and even hopeless plots, or those heavy on irony or sarcasm... However, I like to surprise myself once in a while with other kind of stuff, you know, variety spices up everything !!!... =D

>> Chrismandesign
I guess u would prefer more serious plot with twist of fate. In fact Nadesico plot has be serious at times and there are a few deaths which saddens the audience. The TV series ending also isn’t the typical fairytale ending which was later explained in the movie OVA.

Thanks for posting this!

I realize you posted this a while ago and you may not have time to check, but could you tell us the overall height of this figure when assembled?