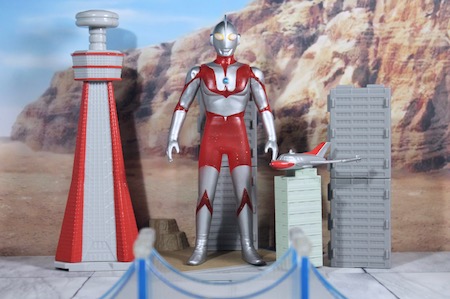 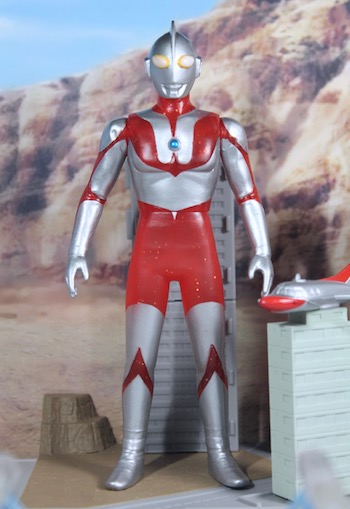 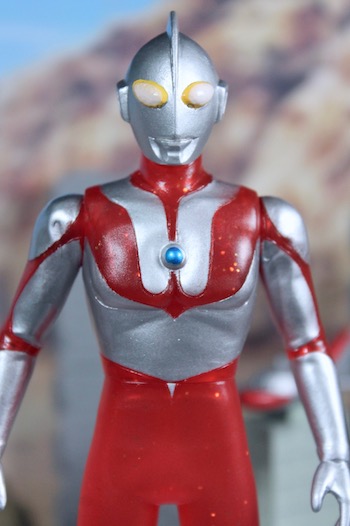 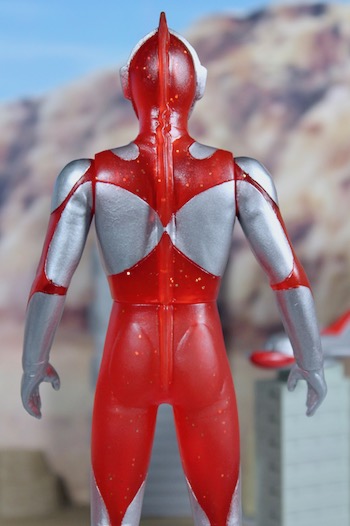 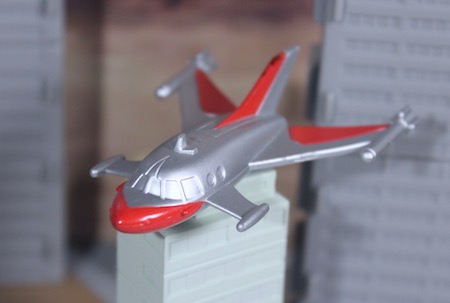 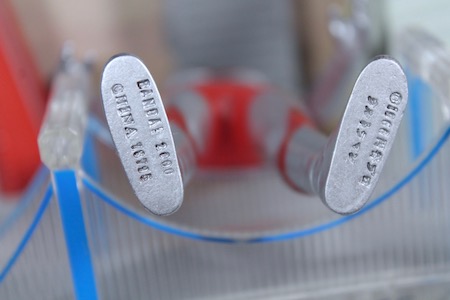 The authenticity markings are found on the underneath of the feet 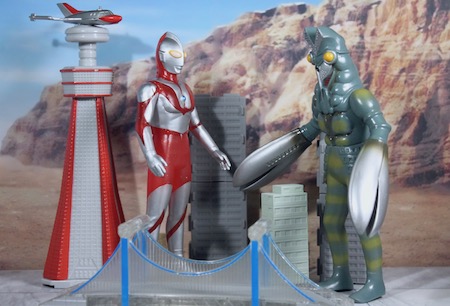 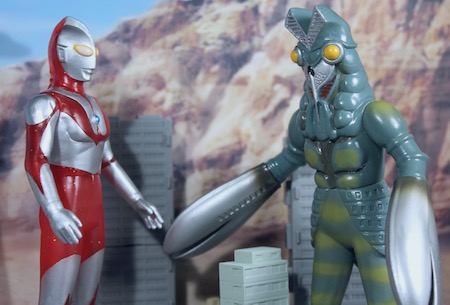 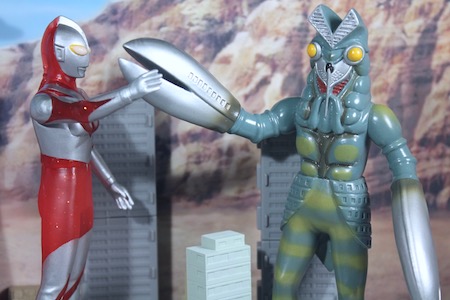 If you are Singapore boy born in the 1970s like me, you probably have watched Ultraman series played on Malaysia TV 2 channel. These fateful exposure kind of sealed my liking for Ultraman as a kid though the Ultraman series I watched back then was mainly dubbed in Malay language and at times the episode was temporarily held for a while during prayer time and sometime never resumed : ( nonetheless as a kid, I'm not really bothered. The liking rekindled recently when I chanced upon the first Ultraman TV series is made available on Youtube. It's awesome that the entire series is shown in HD and dubbed in English!

Ultra Hero Series, known as UHS, are a line of 6" soft vinyl figure created by Bandai, which focuses on Ultra-Crusaders. The toyline is also a subline for Ultra Monster Series. The toy line ran from 1986 till 2013 and disappointingly replaced with Ultra Hero 500. I believed the it is Bandai business strategy to do 6" Ultra Act articulated premium Ultra-Crusaders for matured collectors at premium price. The Ultraman Type-C UHS I'm showing is a reissued in new packaging with the 2002 mold and slight rematerialised with slightly translucent red with glitters.

The molding is pretty realistic with suit wrinkles on the upper arms, the back of the neck and torso area. I would interpret the white and yellow paints on the eyes as an expression of Ultraman glowing eyes. To make this pics look better, I have used props like backdrop, tower, buildings, bridge, plane in Ultraman series and his iconic adversary Alien Baltan. The authenticity markings are found on the underneath of the feet.
at March 20, 2018

A classic!!! Great for display to remind us about those were the days watching Ultraman on a square 4:3 TV but play value wise, not much we can get but then again, they do look good just standing there doing nothing...

>> David
Yeah bro! Very much for the nostalgia feel and just to look back that toy as simple as that already make our day in the past. Those simple and contented lay back days of the past.

This monster is so far the strongest among the rest..

>> Desmond
The monster is as iconic as Ultraman itself these days. Lolz