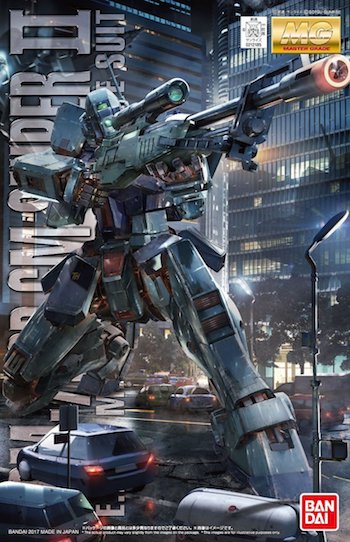 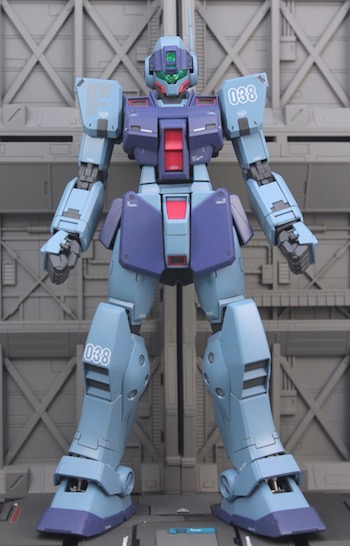 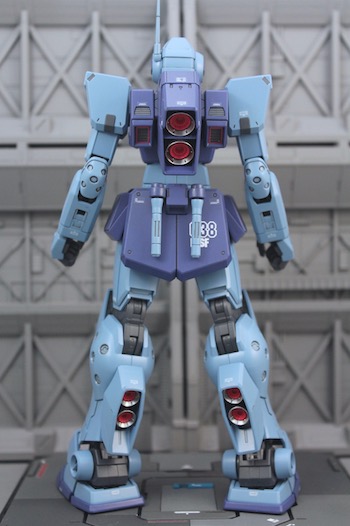 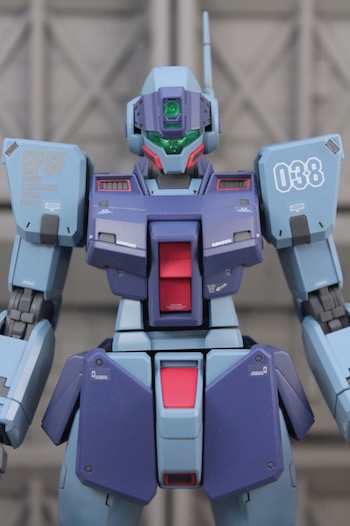 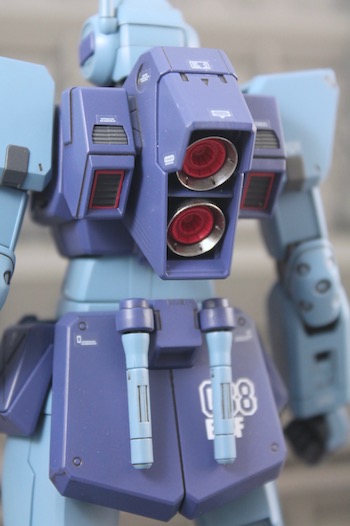 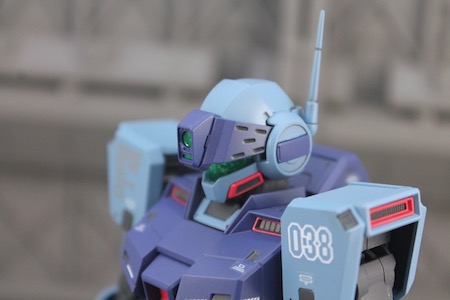 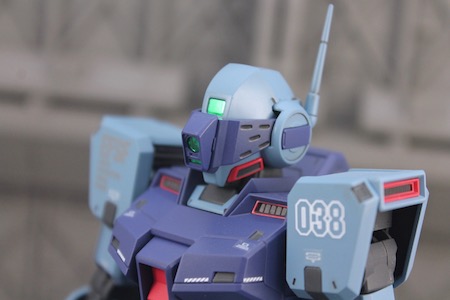 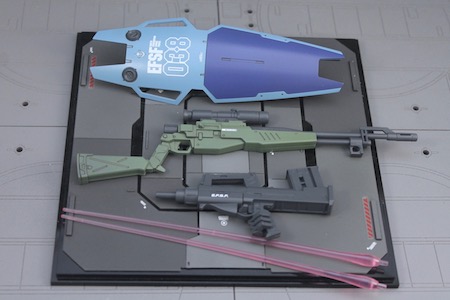 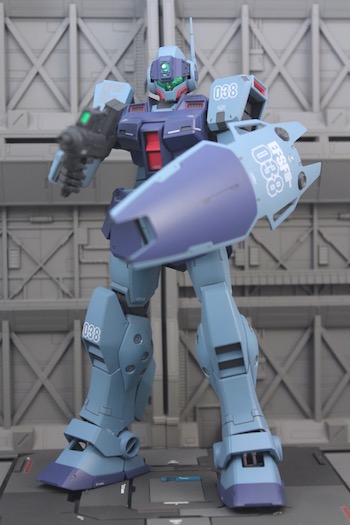 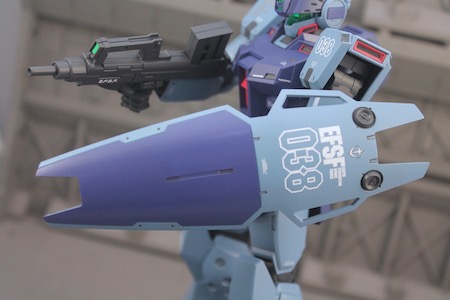 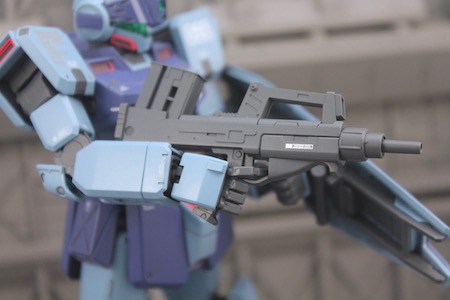 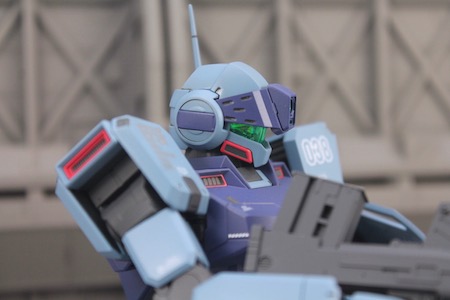 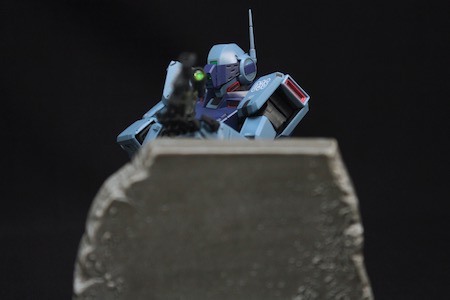 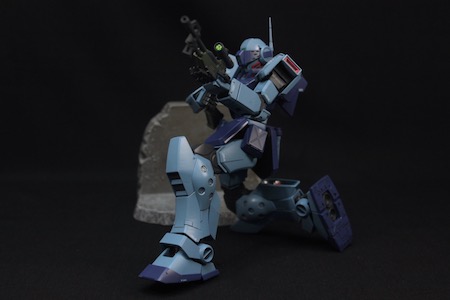 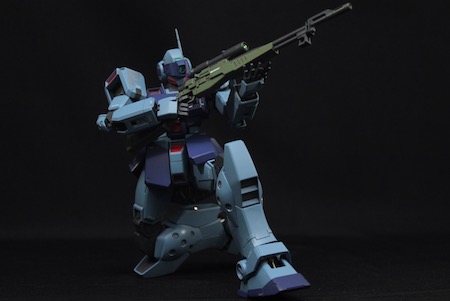 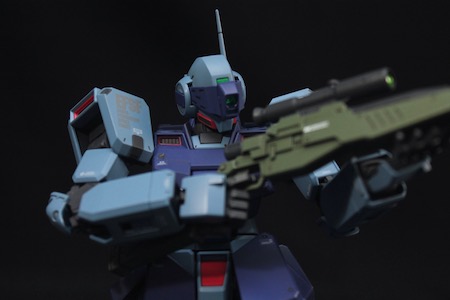 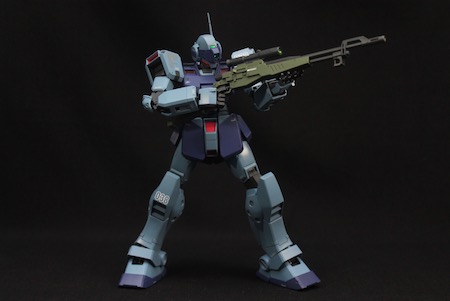 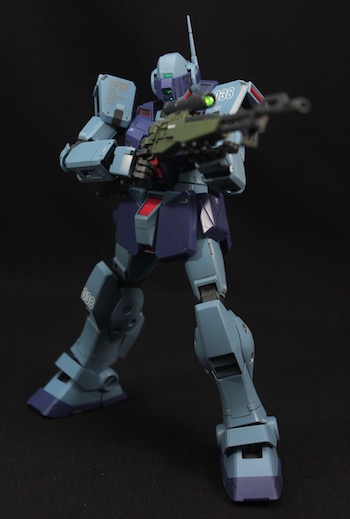 Long awaited mass production since the era of B-Club conversion resin. Took Bandai quite a while for Bandai to realise how badly GM fans, like me has endured to get my hands on this glorious RGM-79SP GM Sniper II and finally this Mobile Suit received its Master Grade treatment. I was thrilled when I first saw it unveiled in a Hobby Show during my Otaku trip.

This is quite the gem and I had someone to custom paint it. This cannon fodder first made its appearance in U.C 0080 'Gundam Mobile Suit War in a Pocket'. Mobilized during the sneak attack of Kämpfer inside the colony, Scarlet Team's elite mobile launched in ill fate.

Improved Gunpla articulations incorporating a new waist-mobility gimmick that enables it to smoothly recreate a sniping pose. In addition to this, the range of movement in the shoulder has been increased, allowing the model kit ease of movement. The sensor part has been recreated using clear parts and the visor can also be opened or closed.

New designs have been used to create the Mobile Suit's weapons and accessories. A right hand part with a cocked finger is included to add realism to the sniper rifle pose. The 75mm sniper rifle has an attachable bipod that's able to fold and slide back & forth. Other accessories include Bullpup machine gun, the GM Command tyre shield and beam sabers. IMHO, GM hasn't seems popular in local contexts but its pretty big in the country of its origin.
at October 08, 2017

Well, for being a basic unit this RGM-79SP Sniper does look incredibly good and much better in shades of blue, replicating somehow the urban camo !!!... I didn’t know about its existence and the MG treatment surely pays a nice tribute to this rather low profile mobile suite, indeed is the best GM I have seen so far and that’s a great compliment coming from someone who has very little love for GMs (sorry pal, the world is not perfect, LOL =P)... The sniper rifle features an awesome design, I love it and the sub-machine gun is not ugly at all; the paint job is subtle, but nifty, sometimes is a sound move to entrust this task to others, specially when this model is so longed for you !!!... =D

>> Chrismandesign
Man! I'm sad to hear that you are not a GM fan like I do.. Lolz, still it cool that hear that you like this kit. Sniper are really specialised in military aspect though some feel that they are cowards hiding behind cover. At times when I like the kit so much that I like it be done in professional hands even though some feel that one won't get the satisfaction without doing it themselves. I still do some simpler kits on my own. It's kind of like choosing the right battle to fight.

GM Sniper II is probably one of my preferred design out of GM Family apart from GM Striker and Powered GM. You did the model kit a justice with great paintjob Dennis.

>> Yami
Unfortunately I lack the professional skill to achieve this degree of paint works. I actually engage someone to do it since I like it so much, I wanted it to look beyond what I’m capable to doing..

>> Desmond
Gundam is considered and mainstream for its history and success in the past.