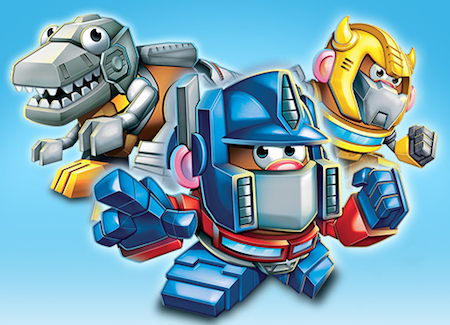 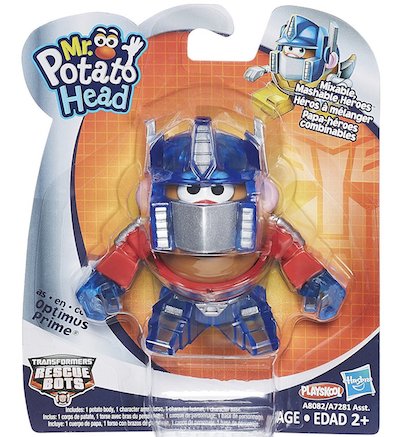 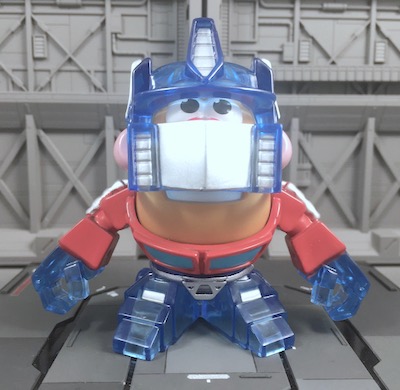 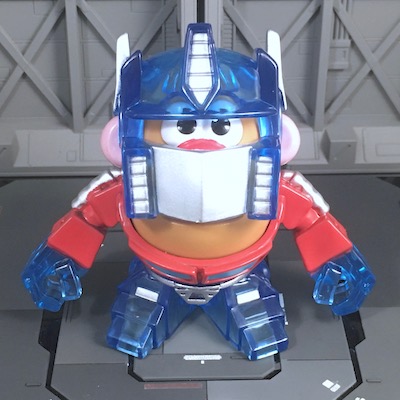 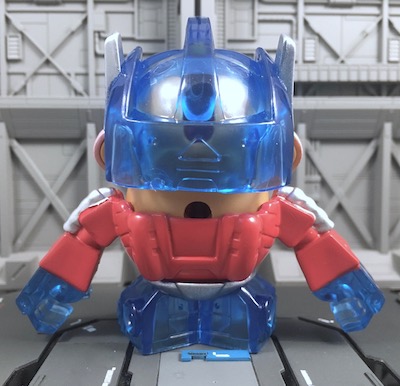 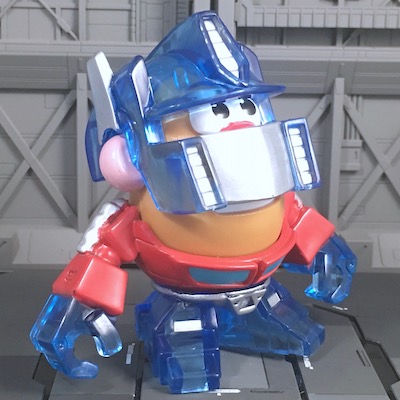 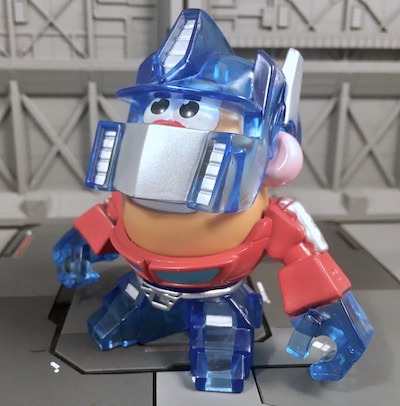 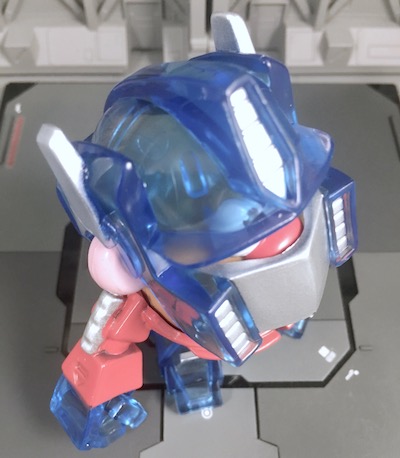 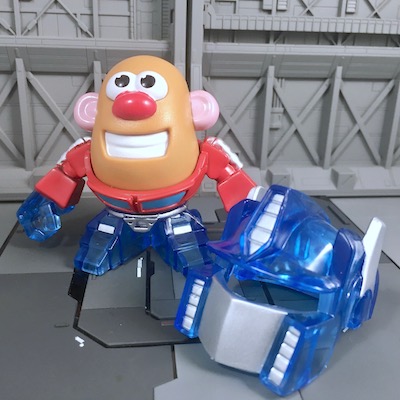 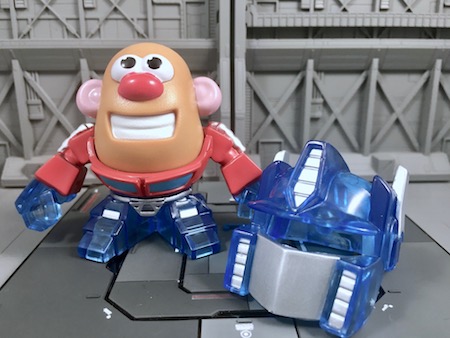 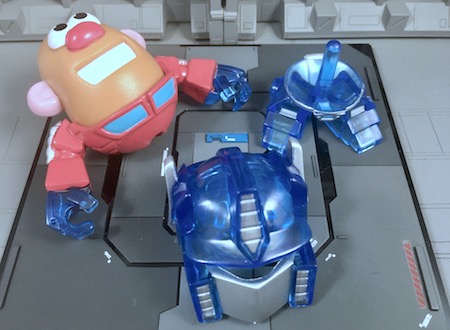 Potatobots, transform to fries or wedges and roll out! Mr Potato Head is not your ordinary Earth tuber. He can adopt a menagerie of disguises and has taken the form of cute Transformers! Little hands can mix and mash the fun of Mr. Potato Head with Transformers parts to create an Optimus Prime tater robot. Now known as Optimash Prime! A version of Hasbro's famous Mr. Potato Head toy released as part of the 2007 movie's merchandise line, although Optimash himself actually bears the likeness of Generation 1 Prime.

Stands approximately 8cm and roughly an adult palm size. Mine is the limited blue translucent version. A three parts figure comprising the helmet, main body and foot base. Simple display for easy to use plus durable play. With other Mr Potato Head character figure, it provide more fun, switching around the parts. The bad - The red body suit and feet fall off of this repeatedly while handling. The toy was designed to have pieces pulled off and put back on, but the feet won't even stay on at all once they were taken off.
at October 04, 2017

OH !!!... I’m a bit disappointed regarding your culinary knowledge about potatoes, even about Transformers potatoes pal... Fries and wedges only ???... There are also baked, stuffed, mashed and sauteed potatoes, so these Mr. Potato TFs are much more versatile than the actual ones, even the Primes would be envious LOLOLOLOLOLOLOL =P !!!... What a cute Optimash with translucent parts, I want it inside my oven and then accompanying a hotpot or a goulash perhaps, YUMI !!!... =D

>> Chrismandesign
Sorry I missed out the other cooking methods and you are right I’m alien to culinary lolz.. looks like you making your very own Mr Potato...

This was released many years ago??