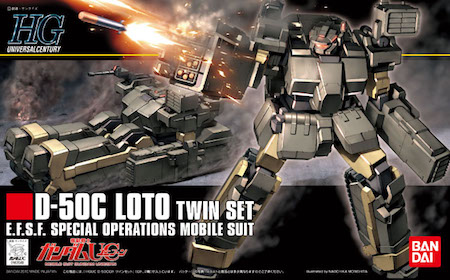 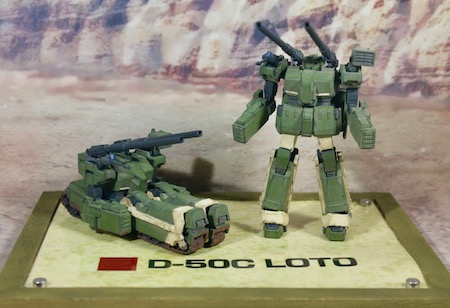 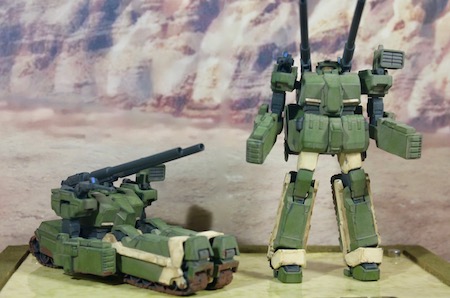 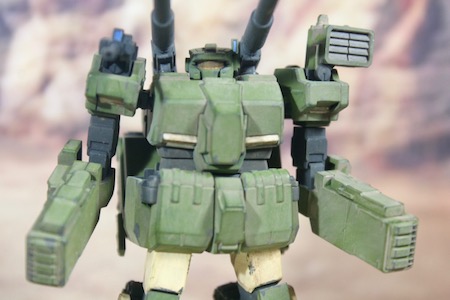 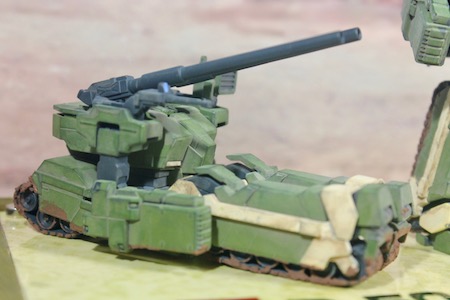 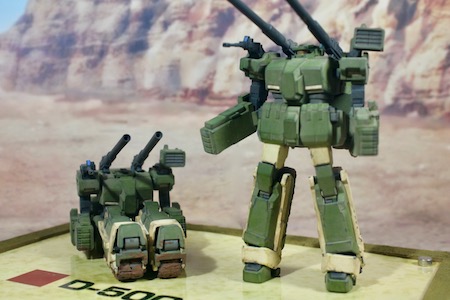 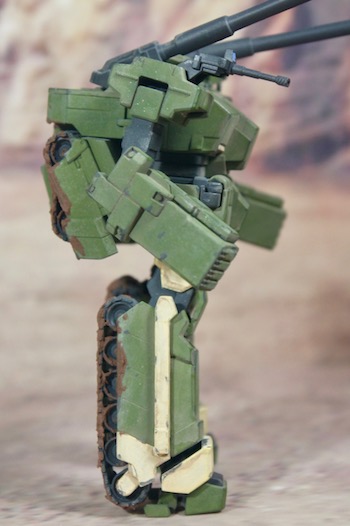 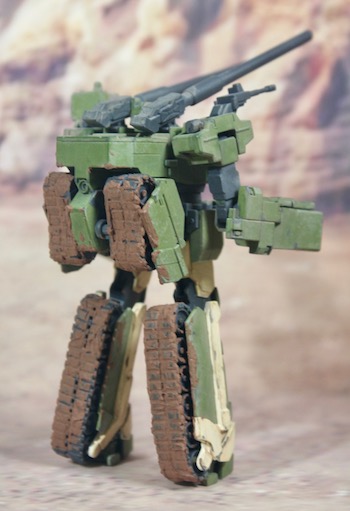 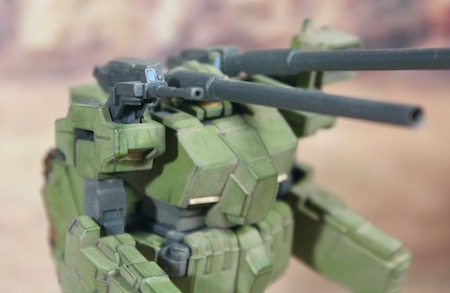 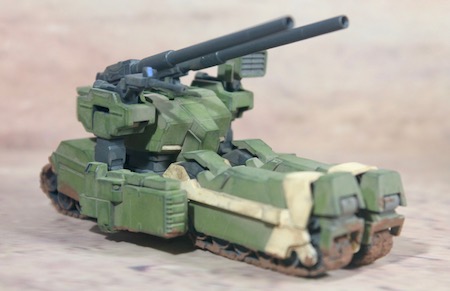 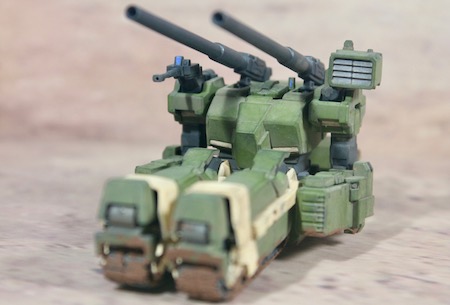 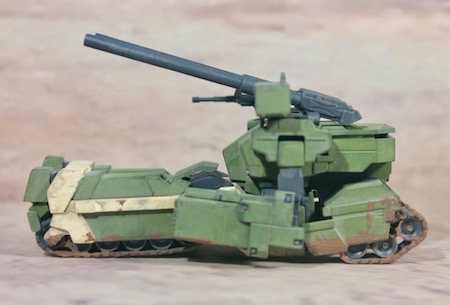 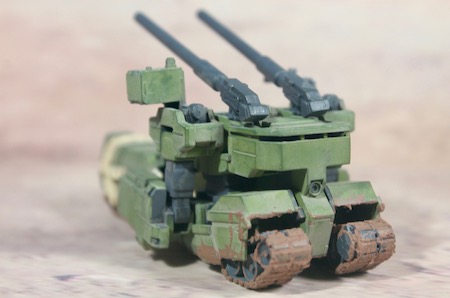 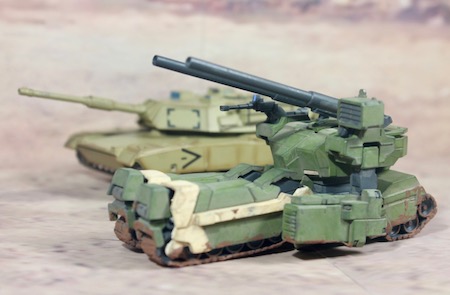 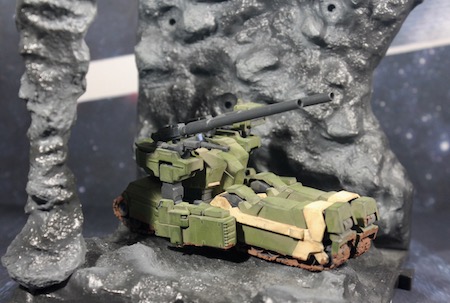 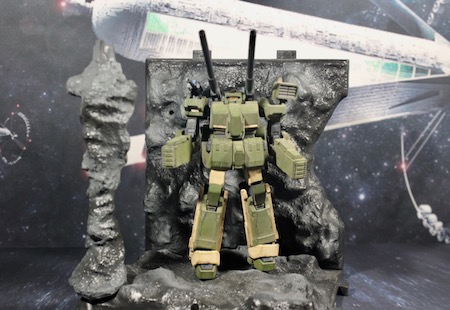 D-50C Loto is a special operations transformable mobile suit, used by Earth Federation's special forces such as the ECOAS. It is featured in Mobile Suit Gundam Unicorn. The unit is piloted by Daguza Mackle and Conroy Haagensen. Loto can take part in a variety of missions. To allow greater versatility the Loto can mount a variety of weapons on its shoulders (or the hardpoints between shoulder and head) including a pair of large cannons, a mega machine cannon, or a smaller machine cannon. Its fixed armaments include a beam burners and a pair of arm-mounted 12-tube missile containers. Like other descendants of the RX-75-4 Guntank.

Here's a unique 1/144 scale High Grade Universal Century kit, the D-50C Loto from Gundam Unicorn. Being about 85mm tall, it's the smallest in HGUC series. Therefore due to the small of the mecha, Bandai included two tanks in a single box, hence the "Twin Set" is printed on the box. The idea is kind of cool as I can display both tanks in different mode. The Loto can transform from Mobile Suit (MS) mode into tank mode in five simple steps. Included weaponry consists of the Long Cannon and Mega Machine Cannon which can change these equipment after building.Marking stickers are also provided. I bought mine set built and painted. The previous owner has chosen a different colour scheme of military green insist of the dull brown. Tarnishes like mud dirts are also added to the kit for a more realistic feel. A custom base is also made with Loto model number.
at February 20, 2018

I think I saw this tank-like mobile suit before, without knowing to which series it belonged and I think it’s awesome !!!... As much as I love tanks and, in general terms, military vehicles, the single idea of a transformable tank is just brilliant !!!... And if you add the fact that the kit includes two units, well, it makes this set even more desirable, congrats pal, very nice haul !!!... =OOOOO

>> Chrismandesign
Glad to know that you have some exposure to this tank and you should really watch Mobile Suit Gundam Unicorn as it’s one of the better Gundam anime in recent years. Loto tanks carries a strong military calling and technology to probably an idea of what tank might be in the future.

I just feel that the mud dirt is a bit too much...

>> Desmond
I was given a good price, so got to make do with what the seller offer and what comes with it ^_^