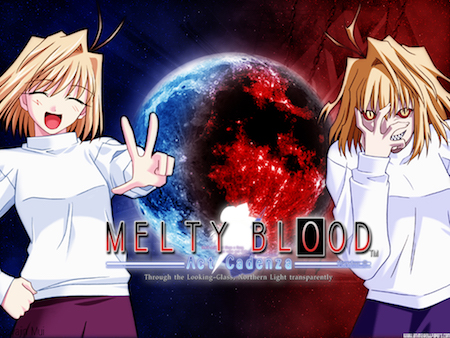 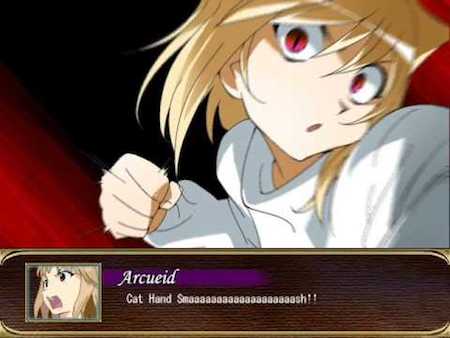 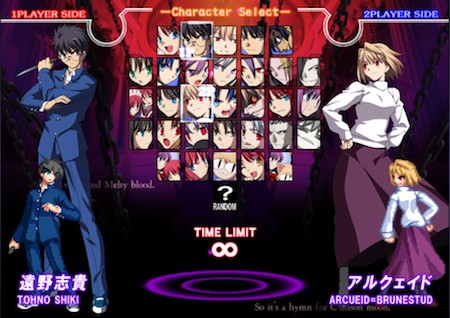 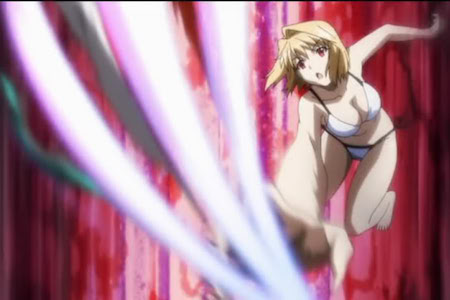 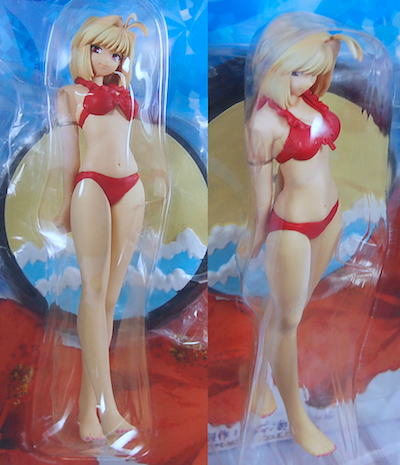 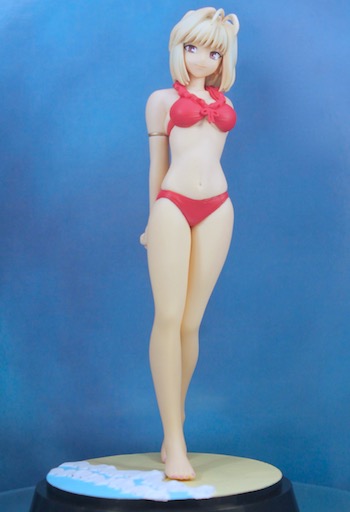 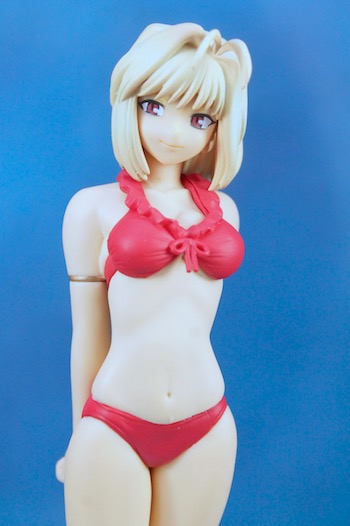 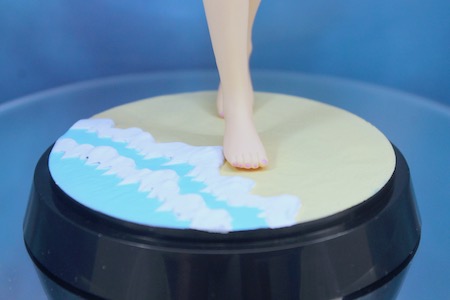 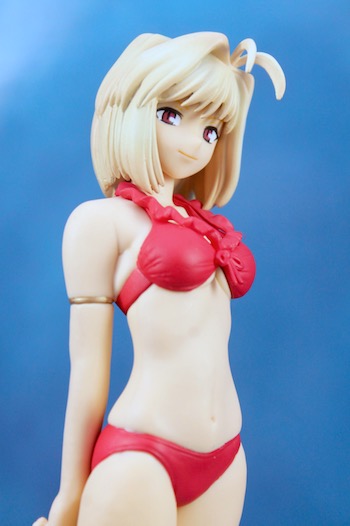 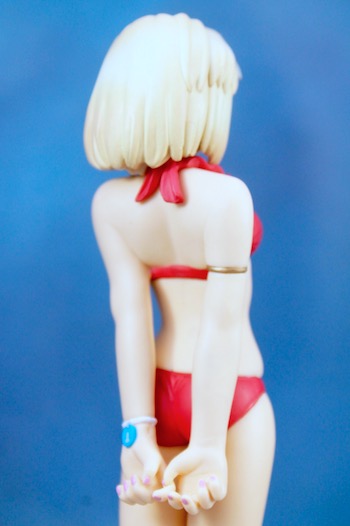 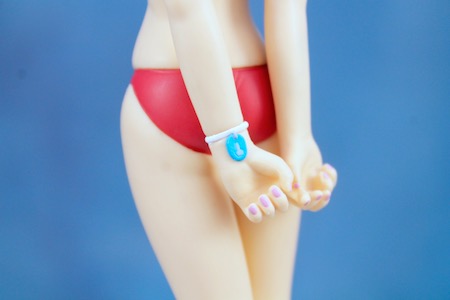 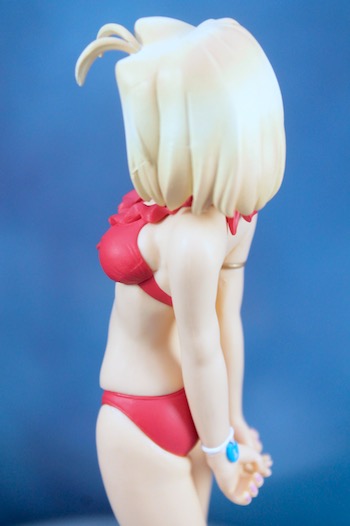 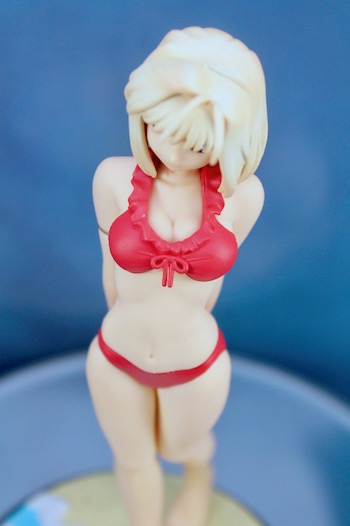 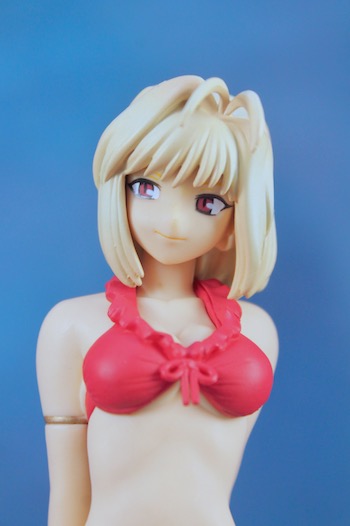 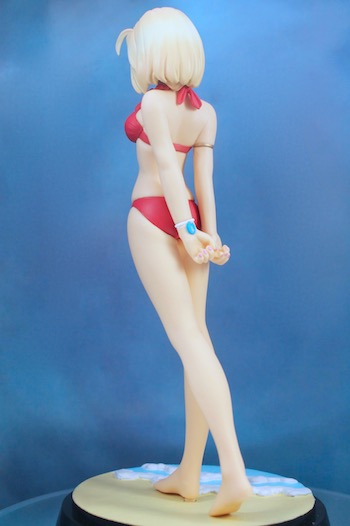 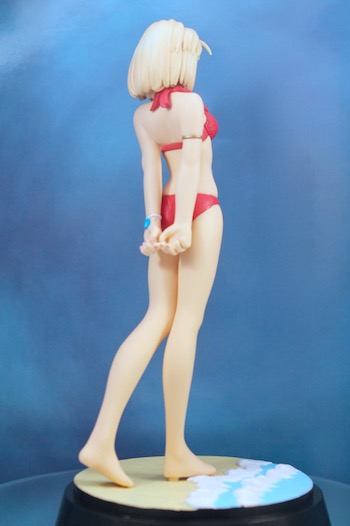 Melty Blood (メルティブラッド Meruti Buraddo), is a visual novel and 2D fighting game on Playstation 2. Melty Blood Act Cadenza Ver.B arcade fighting game by Ecole / Type Moon released on Naomi in December 2006. Arcueid Brunestud is the White Princess of the True Ancestors. The title of Brunestud was given to those True Ancestors capable of manifesting the Millennium Castle Brunestud, and has been likened to be the vampire royal family.

Melty Blood EX Summer Beach Arcueid Brunestud, 1/8 scale 7.5" (18cm) in height in her red hot Melty Blood bikini summer beach by SEGA game prize, released in April 2008. Some small details Arcueid has with her includes the arm bangle, painted nails and locker tag. We get to see her fair skin and vampire red eyes. Figure may not be of the best quality however the base is well made with diorama of the sea wave ripples and sand on the beach.
at February 24, 2018

That doesn't look so bad for a Tsukihime figurine and would love to get Akiha if she had one! too bad Typemoon is too busy milking Fate series for a long time

>> Yami
Thanx for the heads up! It’s no wonder the character look so much like Fate character. Fate has a bigger fan based and for business stand point, it’s understandable for focusing Fate merchandises. I do like Fate series and going to start now Apocrypha soon.

Have you play the video game before??

>> Desmond
Nope. I got this from a friend and did some research on the background of the character. I managed to learn more about the similarities and to Fate series which I having been following...