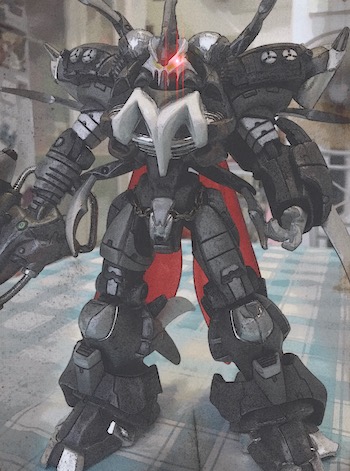 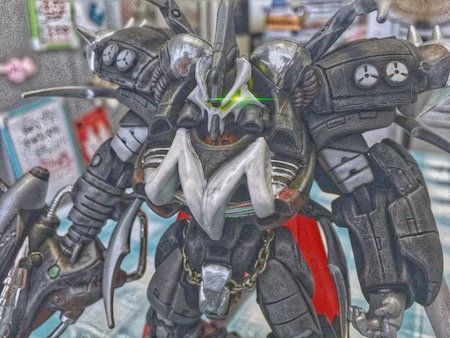 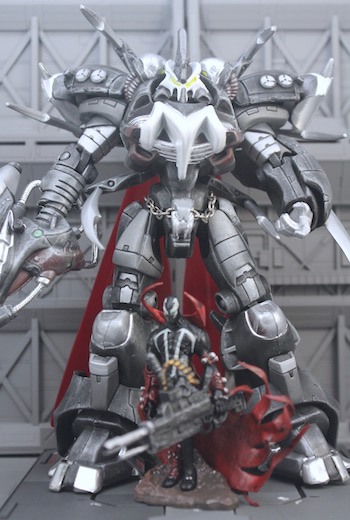 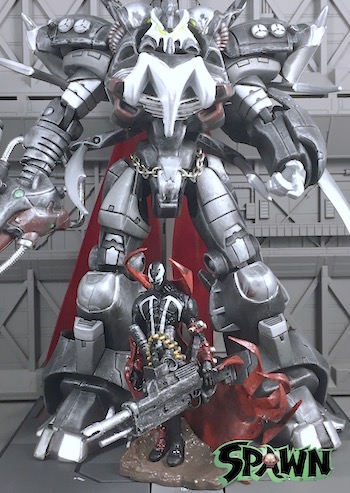 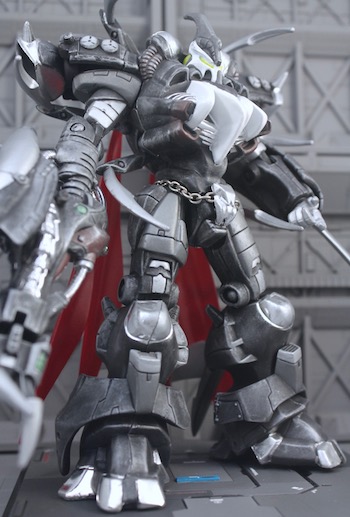 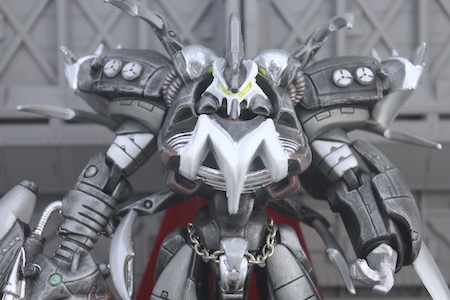 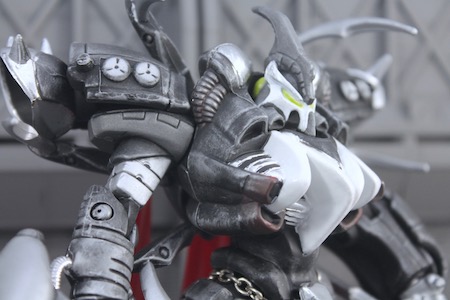 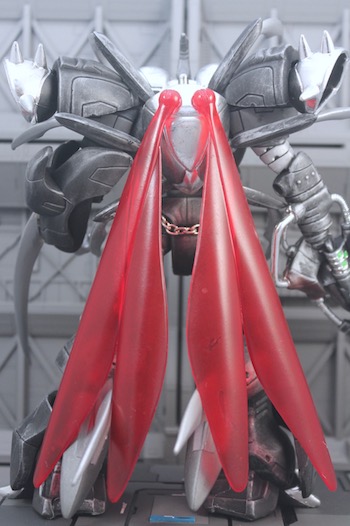 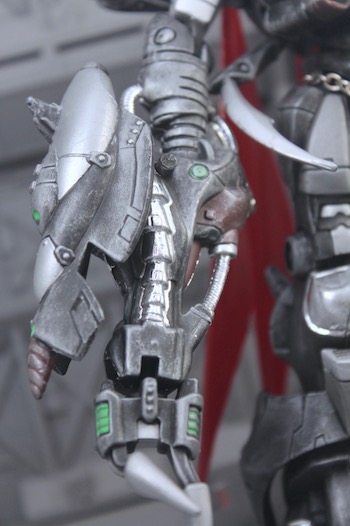 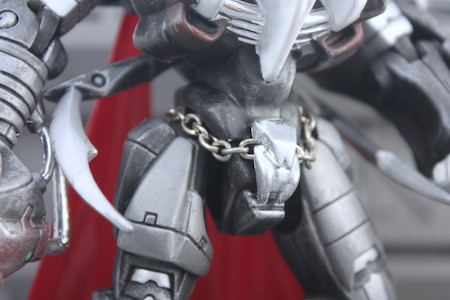 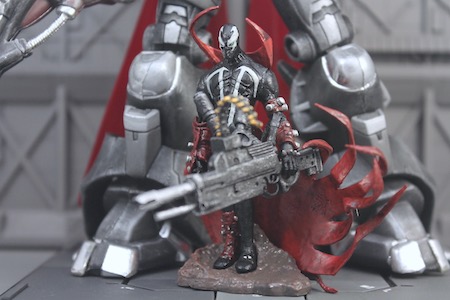 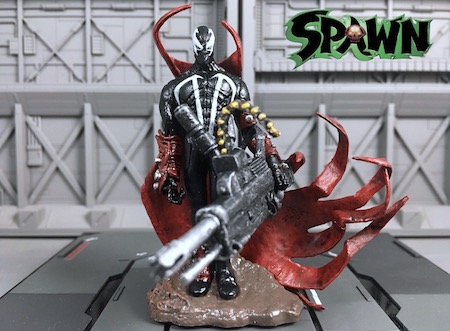 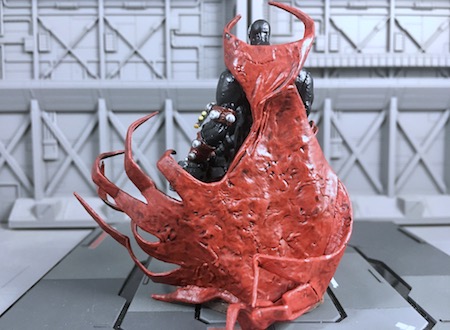 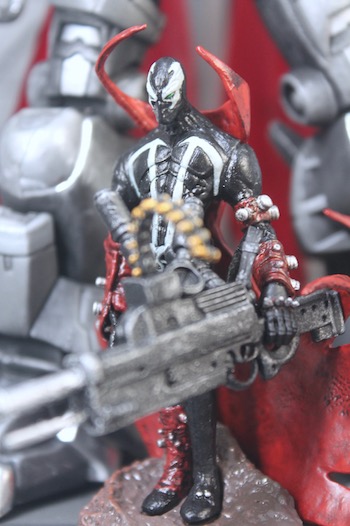 For those who had been following my blog, you would know by now, this is the first time (Another first attempt of 2018 : ) I'm doing a Spawn post long after the craze of this once very popular comic which even had its own live action movie. I remember Spawn was such a big thing in the past and had its own Spawn.com shop back in the good years of old collecting @ Clark Quay, where toys and antiques flea market used to be. I got my Manga Spawn through a butter trade with a friend because he only wanted the fish tank looking acrylic casing that came with it. I felt that the figure might look better with some touch-up with dry brushing so I had it for my experimentation.

In order to mimic the red cloak of Spawn, I decided to spray the wings red instead. I would visualised Manga Spawn as the mecha robot and HS Issue 1 Cover Trading Figure being the pilot during my photoshoot. As most would know that Spawn figures were all part of McFarlane Toys. The thing I like about Manga Spawn is the mecha look, metal plating that beefed up the height and size of the character, very much as Iron Man Hulk Buster I presumed.
at January 07, 2018

If the big figure got light up green eyes..It looks more awesome!!

>> Desmond
Just the basic, so I added those glowing eyes using photo app.