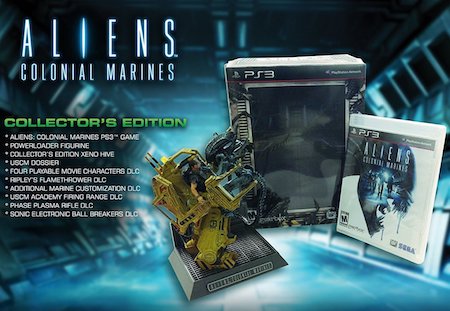 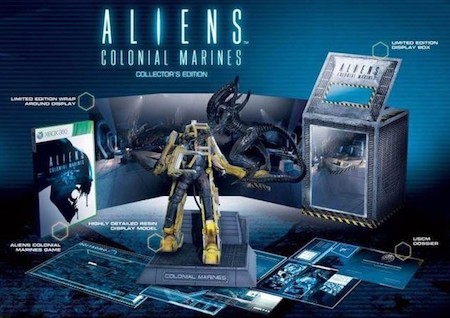 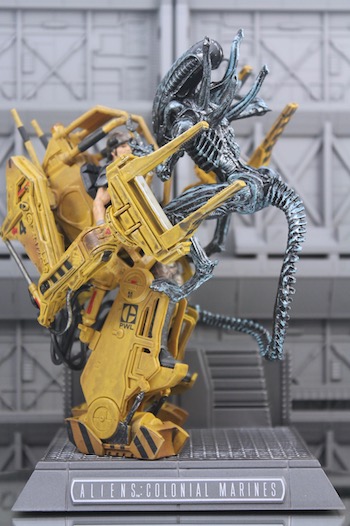 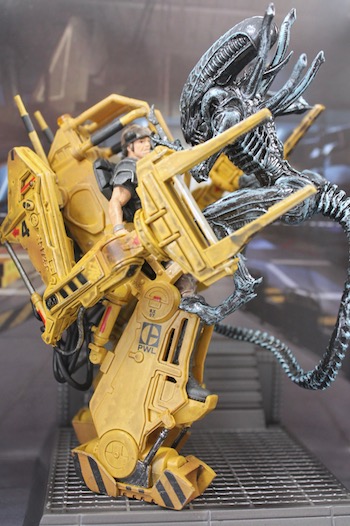 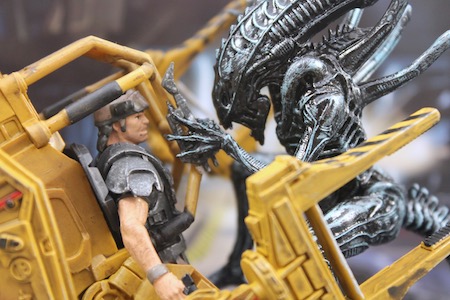 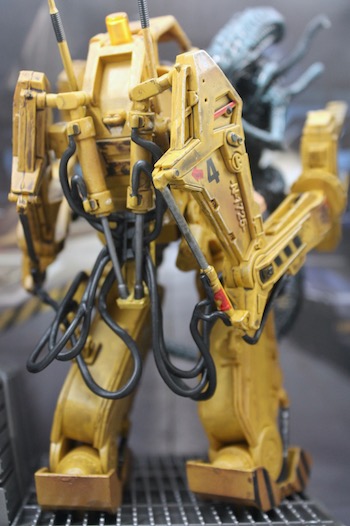 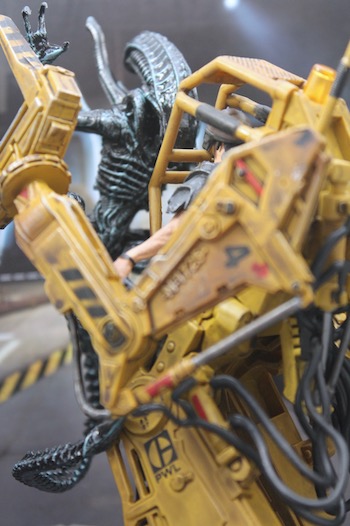 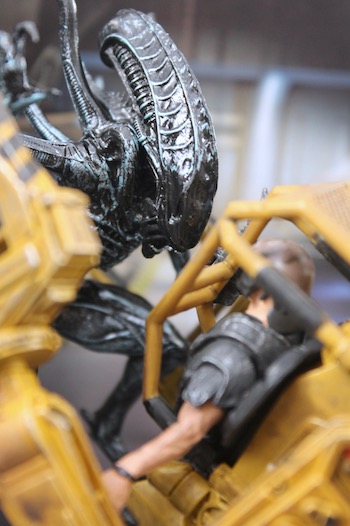 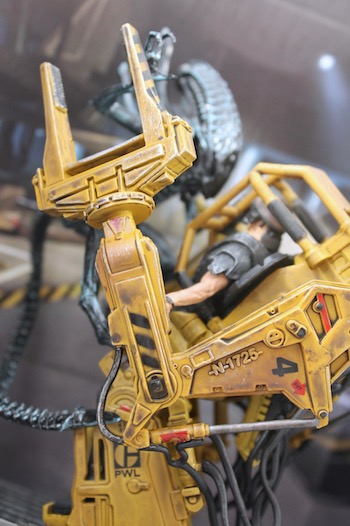 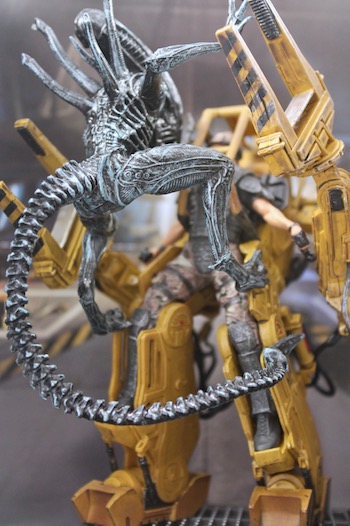 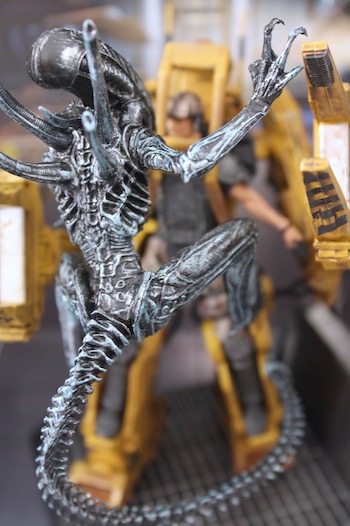 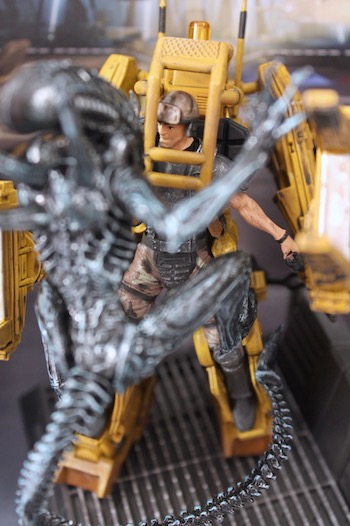 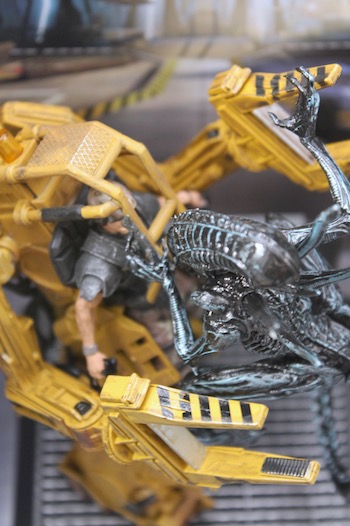 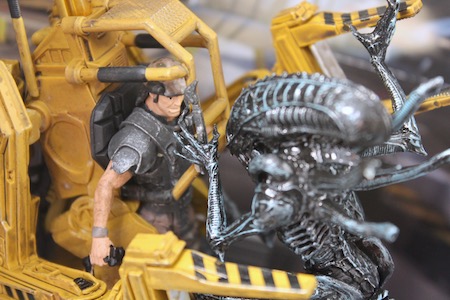 This is a one-time opportunity as the figure normally is an addition to a limited edition of the Playstation PS3 videogame. The Collector's Edition was also available to Xbox360. Inside the special Xeno Hive collector's edition box users will find a 18 cm tall statue is made of resin and comes packed in a classic window-box. An exclusive statue of the iconic 'Power Loader'by loved by fans when this exoskeleton forklift that beat the hell out of Xenomorph

Aliens: Colonial Marines is a squad-based shooter, set in the science fiction universe inspired by James Cameron's 1986 film. In the spirit of the 20th Century Fox movie series, the game plays out through the claustrophobic corridors of futuristic, labyrinthine, extra-terrestrial industrial constructs. Tense, creepy pacing is punctuated with vicious ambushes and explosive firefights. The game aims to relive the movie.

To succeed in their deadly mission, each marine must know his role, and the squad must work together to survive. The game's story was authored by Bradley Thompson and David Weddle, partners who have previously written for the Star Trek: Deep Space Nine and Battlestar Galactica sci-fi TV series. Aliens: Colonial Marines was developed by Brothers in Arms creator, Gearbox Software.

I actually care less about the game but I totally head over heels for this collector's edition 'Power Loader' statue. I'm lucky that I got this from a private collector who is just selling the statue and keeping his game and the other memorabilia which is ideal for both parties. The statue is really cool, well detailed and appeared awesome in pics taken with the hangar background which came with the box set. The base of the statue bears the title of the game 'Aliens Colonial Marines' and like diorama of steel flooring.

The Power Loader was piloted by a random Colonial Marine with Xenomorph climbing up the Power Load trying to attack him. The Xenomorph looks great and better looking that the marine IMHO. The Power Loader was nicely painted with the right chome at area it needed to be and cool expression of battle damaged, battle tested tarnishing of soots and greases. Not to mention the yellow blinker light on top of the Power Loader, those dangling power cables behind Power Loader and the tail of Xenomorph are some of the other features that caught my attention. What a tribute to the concept of Aliens!

I think you got a great deal here, pal and as you claimed, it was good for both parties... At first, I thought the operator of the Power Loader was Ripley, but yeah it’s a colonial marine, yet, the statue offers tons of details and that’s harder to achieve working with resin; nice work in the sculpt and paint job !!!... I wouldn’t expect that much from a videogame souvenir, but SEGA was very generous !!!... Alien and Aliens have created a huge fandom and one thing is for sure, you’re not the only one captivated by this franchise, this is an awesome item for your collection !!!... =OOOOO

>> Chrismandesign
Yeah! Someone get to play the game while the other play the toy : ) For some reasons I kind of prefer having the marine operating the Power Loader over Ripley as it seems more gungho and military grade. The sculpt and details is truly amazing from a game souvenir which makes it such a great memorabilia! No doubt Alien and Aliens continue to build its fan base and with more new movies coming, the franchise will continue to grow...

This statue is definitely a great piece for display :)

>> Desmond
Yeah bro! I like this as much as my Aliens APC..