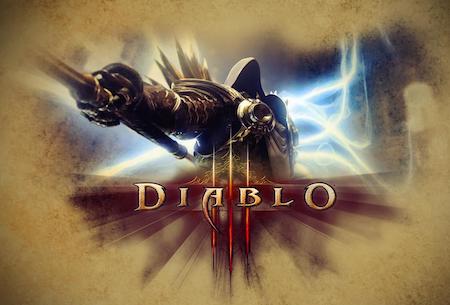 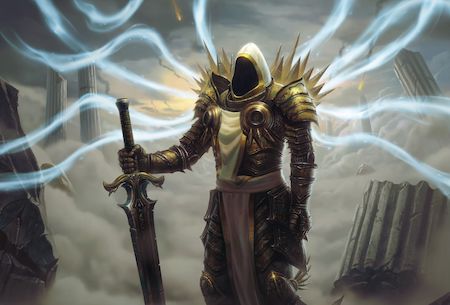 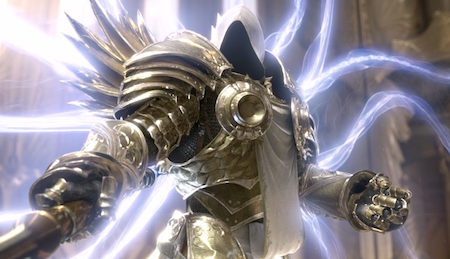 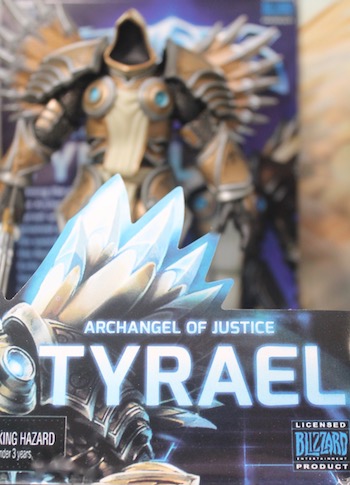 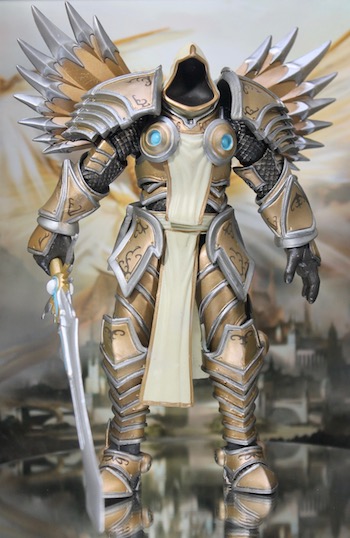 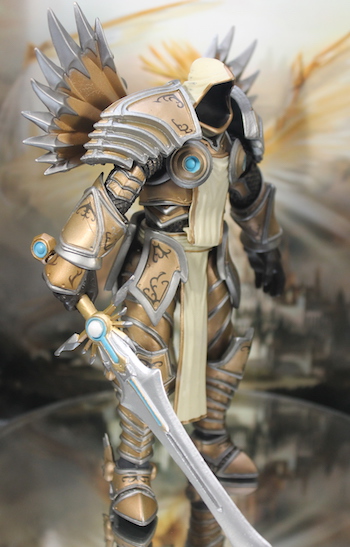 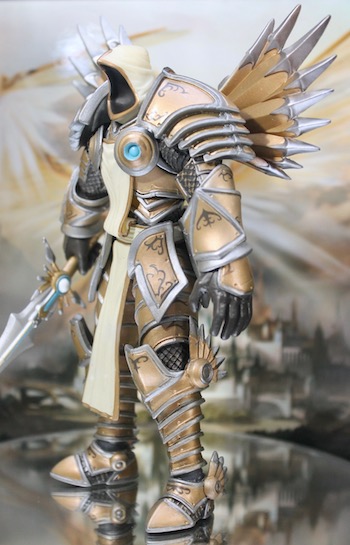 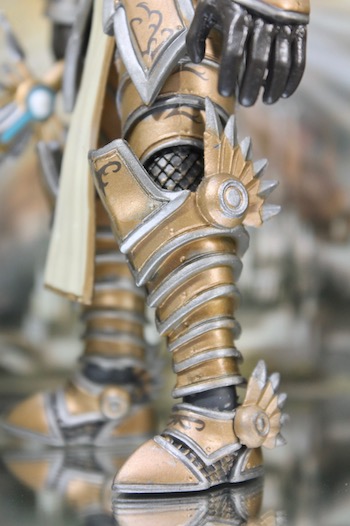 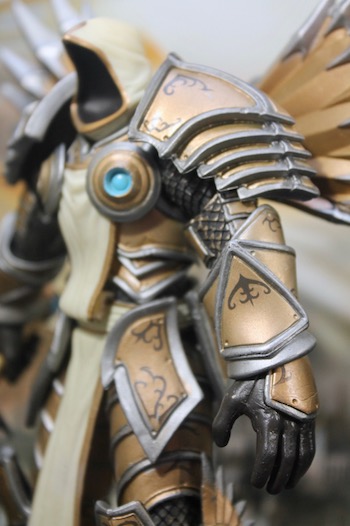 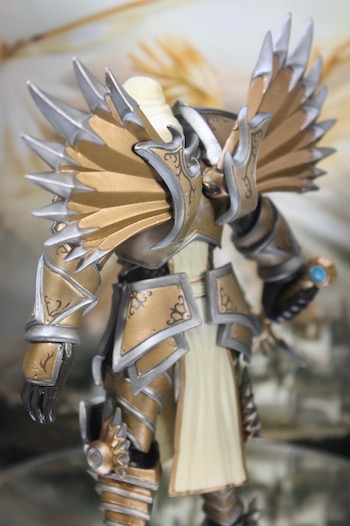 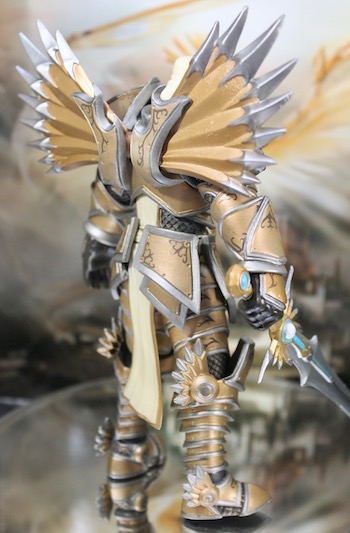 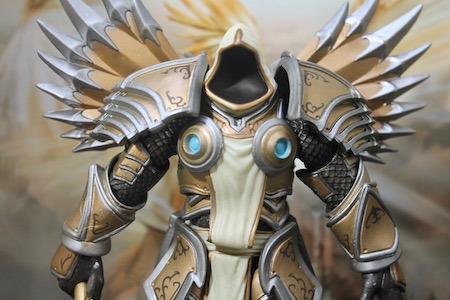 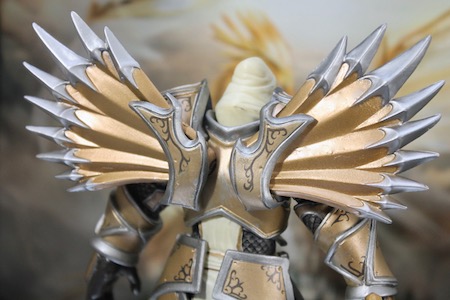 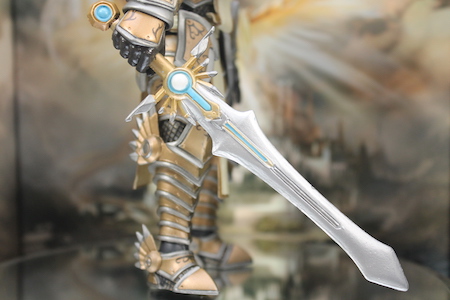 Among the angels it is the Archangel of Justice Tyrael who is humanity 's greatest defender. Very much like a fallen angel to save humanity. Wielding his sword 'El'druin' against the Burning Hells, the Prim Evils would have enslave Sanctuary and all of humanity long ago if Tyrael had not intervened.  Of course this happened in Diablo, which has been a long running and popular PC game franchises,  licensed under 'Blizzard' Entertainment. Honestly, I don't play the game, still I think the figure is pretty cool.

NECA has selected Tyrael as a player select in 'Heroes of the Heroes' action figure toy line. Product Development by Randy Falk, sculpt by Alex Heinke, fabrication by Brad Haskins and paint by Jon Wardell &  Geoffrey Trapp. Tyrael appeared as a man dressed in golden robe and armour. His "face" was constantly shrouded in black so the figure was sculpted faceless. The articulations are limited with most of the armour made by soft rubbery material to minimize breakage. Some paints smear but I think that's pretty alright for mass production figure such as this.

It looks like NECA is venturing in several franchises that other brands in the same segment have neglected and that’s a good move for any company involved with collectibles... Yet, NECA is far from the level set by McFarlane Toys years ago and as you pointed out, it’s because this company focus on massive production, rather than in higher quality... The figure seems pretty decent, I would say the sculpt is nice although the paint job has its failures, the character design on the other hand is outstanding, very medieval and I know you love the stuff related with the times of the kings and the knights, and I have some love for the tales of that age too, by the way !!!... =D

NECA's range of figures are diversified with good choices making popular licensed products from games and movies, both sci-fic and fantasy. Not at its best most of the time but decent enough for the pool of fans out there. Like u mentioned, usually the sculpt was better done than the paint works. Sometimes, its probably the wrong choice of material used at certain parts. I can understand it sometimes hard to turn fantasy character to real figurine.

I know the game but not this character..

>> Desmond
I also know the game but didn't play. It's more like having the figure and then finding out more about it.