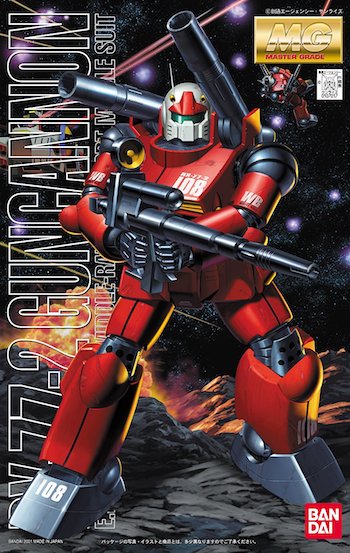 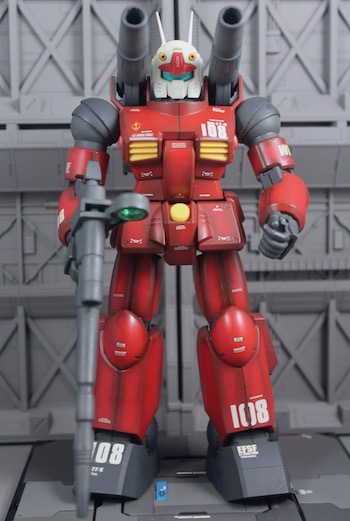 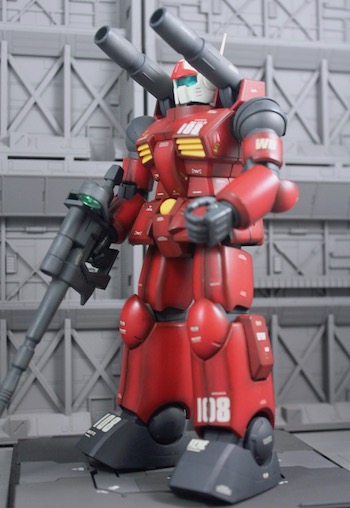 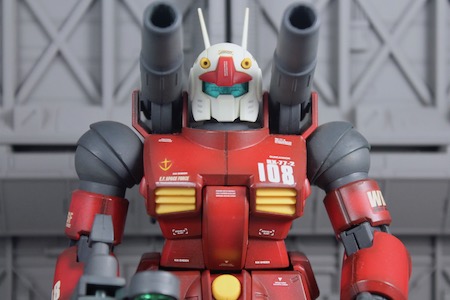 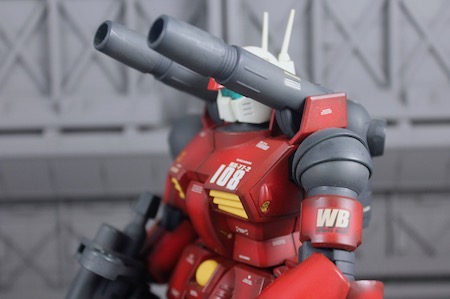 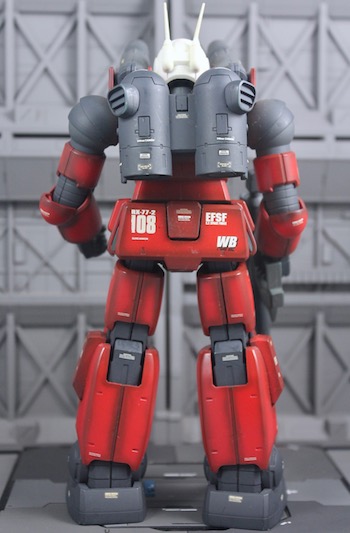 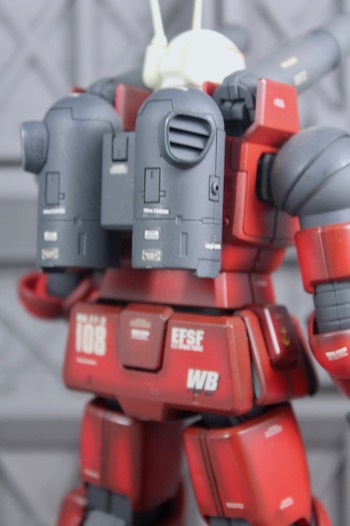 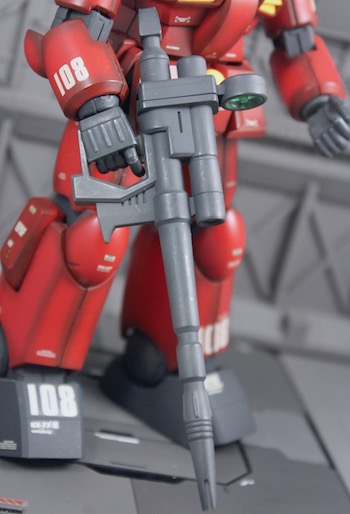 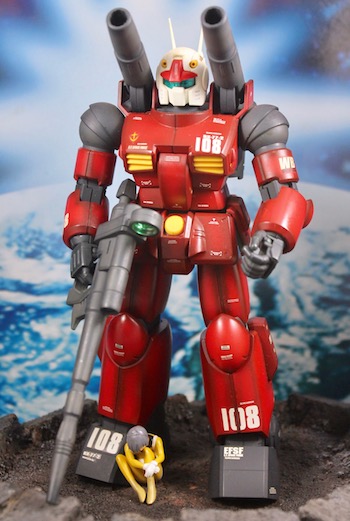 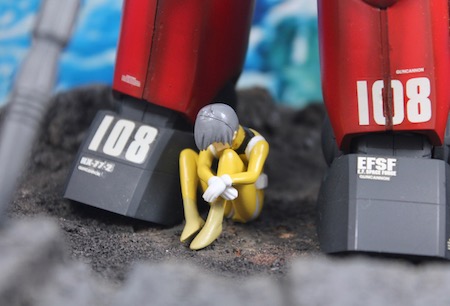 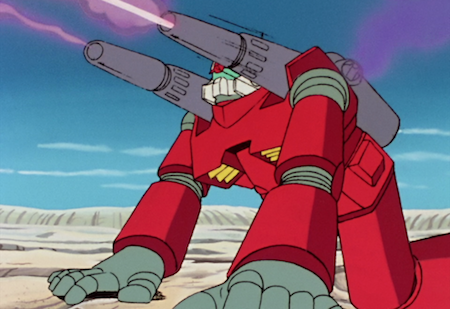 Time to bring back the classic Gundam mecha, RX-77-2 Guncannon, the original member of the Project V dated back to the very first Gundam series during the U.C timeline. Designed for the purpose of mid range attack as you see those twin 240mm cannons mounted on the shoulders of this mobile suit. The cannon can be swapped to spray missile launchers. It has a rounded and bulky outlook like an American football player, unique to other mobile suit, holding a long beam rifle with those fat fingers.

I didn't built this MG Master Grade kit but bought it preowned as a finished model kit all assembled, decals applied and painted. I like the shading done to the Gunpla and chome beneath the viewing tainted visor. I also got something extra like a painted figure of the pilot, Kai Shiden, in his space suit, without the helmet . Kai Shiden seems drained and depressed from all the fightings illustrated in this curl up pose. In contrary, Kai quite the sarcastic and selfish individual throughout the One Year War even though he survived and stayed with carrier White Base till the end and made his appearance once again in 'Mobile Suit Gundam Zeta and Unicorn' as a mature freelance journalist and secret agent.

This is rather old kit therefore I didn't want to meddle with it too much so as not to break an old bones (Old plastic can be rather brittle). Anyway, the kit had its rerun during the 30th anniversary of Gundam and Bandai threw in additional clear parts to show the endoskeleton. Apologies I didn't articulate the kit to its iconic cowing pose using the optional open fist. Just like the RX-78 Gundam, Guncannon also possessed the escape core fighter which the MG gunpla is capable of.
at August 06, 2017

HEHE, it actually reminds me the old robot tin toys, with their fat proportions (due to the particularities involved in their manufacturing) and since this mobile suit is one of the oldest in the Gundam Series, it makes a lot of sense... It must be really old, since the paint job, that once had matte finishing, now features a satin (semi-matte) finishing, which is unavoidable over time... You just can deny how much has the mecha design evolved since the original Gundam manga/anime to the latest series, this Guncannon is a time capsule, with all that vintage taste, a relic !!!... =D

>> Chrismandesign
Indeed this model kit had been on my display for many years before I decided to blog about it. It's a nostalgic feel and reflects lot from the very first Gundam anime series. In fact, the MG built had drastic improvements to the overall appearance of Guncannon which I believed to be a more Kai version though B-Club also ever released conversion parts to further enhanced it.

Where u get that figure from haha

>> Stanley
It was a surprise thrown-in by the previous owner so I glad accepted it : )

This is a great figure..Nice buy!!