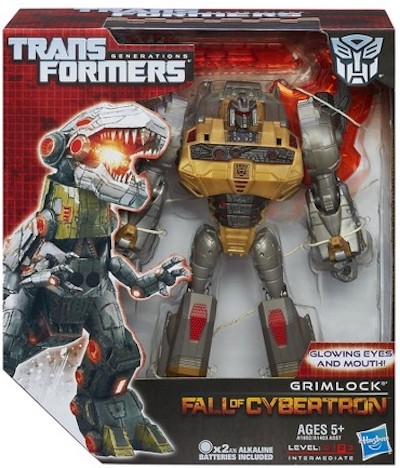 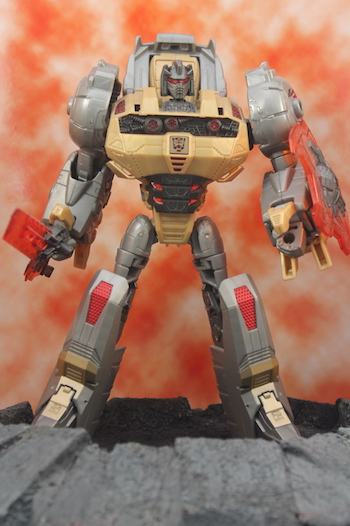 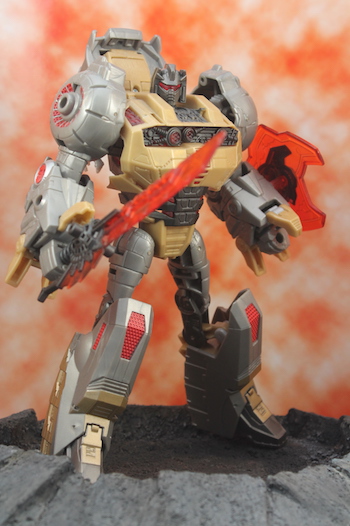 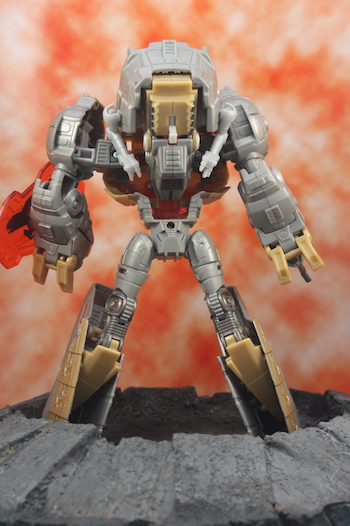 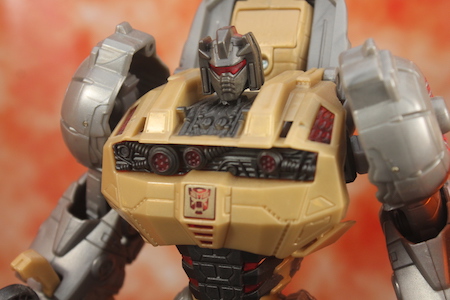 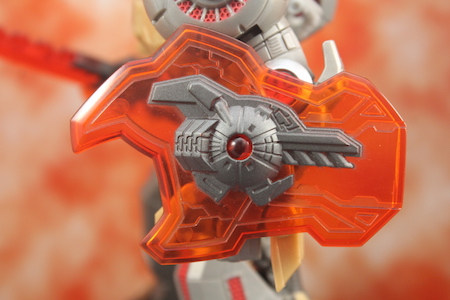 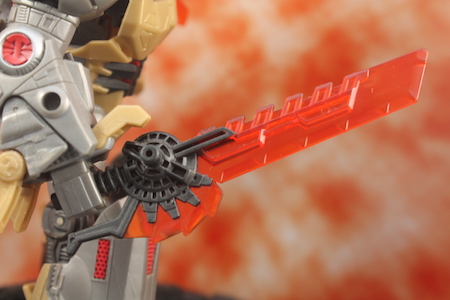 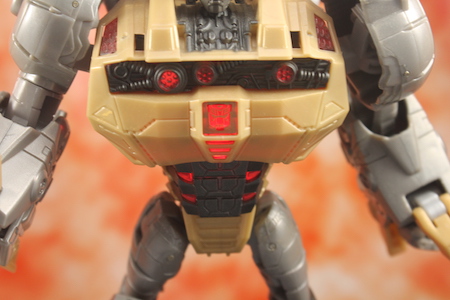 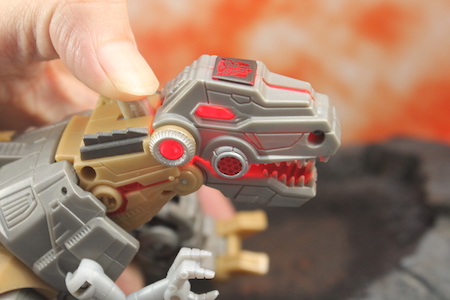 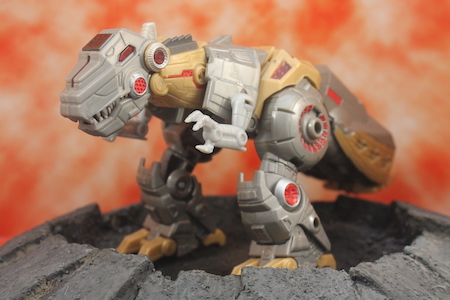 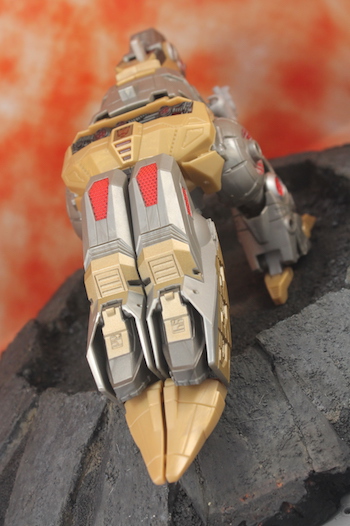 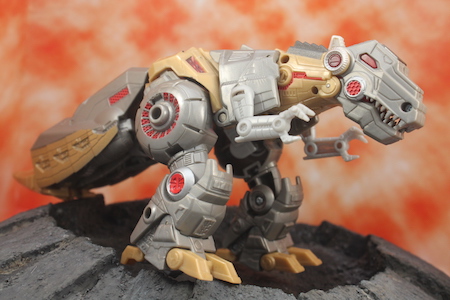 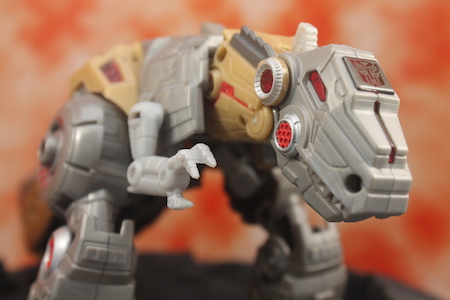 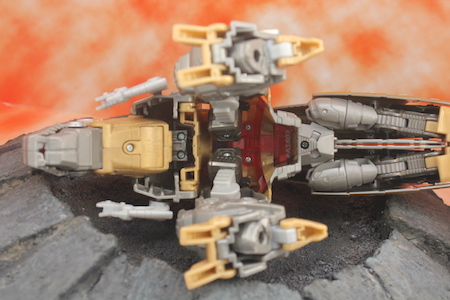 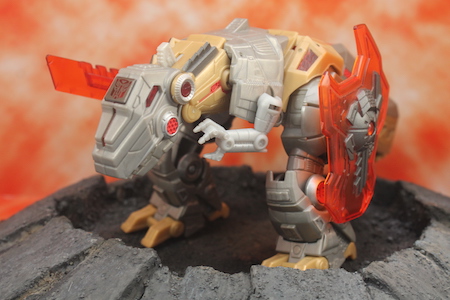 Leader of Dinobots and loyal subject to Autobot! The tough Grimlock transforms himself from robot to steel apex predator Tyrannosaurus Rex. This Hasbro version of Grimlock from Fall of Cybertron - Voyager was bought for my son at the time when he was fond of dinosaurs. I personally think that it is well designed and I have seen people customised theirs, by dry brushing to make it look even more realistically metallic.

Armed with melee weapons such as the sword and shield give the toy a medieval feel out off its futuristic design. In robot mode, Grimlock looks muscular with large chest and huge arms. Grimlock also looks amazing in dinosaur mode, just that the tail seems kind of thick. Last but not least the toy comes with gimmicks like battery operated glowing eyes and mouth as well as Tyrannosaurus chomping jaw mechanism.
at June 25, 2017

It’s been a long time since your last publication on Transformers, but I knew it’s not part of the main subject in your collection so, I was wondering about this post and once you made clear that it’s indeed a gift of one of your sons, it made sense, HEHE... In fact a very nice transformable figure, pal; Hasbro has improved the QC in its products and prices have been rising accordingly, but this series is not available in my country... Great molding and a lot engineering in this toy, with a collector’s grade of execution !!!... =D

>> Chrismandesign
U are right pal! The Transformers I collect is mainly Jetfire and some other plane related Transformers. I do like Transformers once in a while but tried to stand away in order not to spend more on toys. It's like here tempting me always heehee. This is quite a good piece and value for money.

Bro, it's hard to see a voyager class transformer figure has light up feature. Good buy!!

>> Desmond
Thanx bro! My son would be the one enjoying it : )