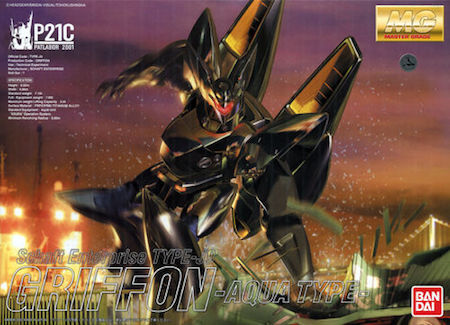 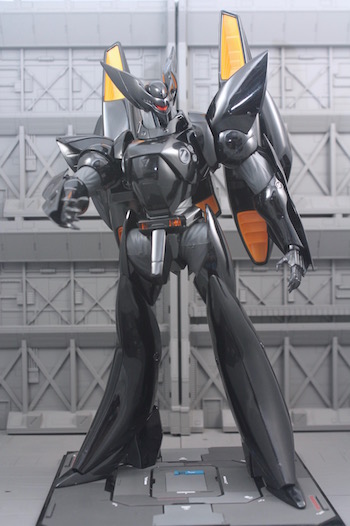 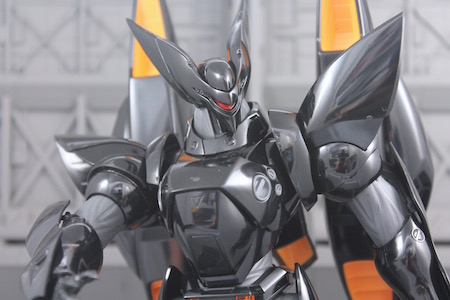 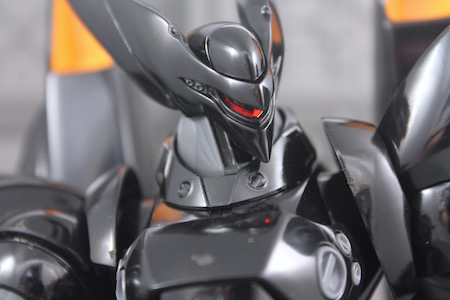 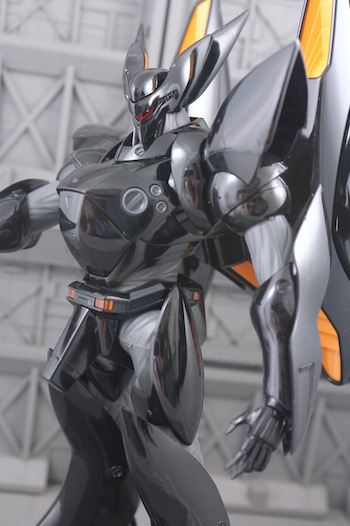 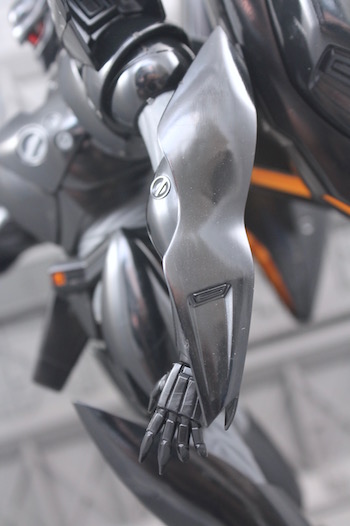 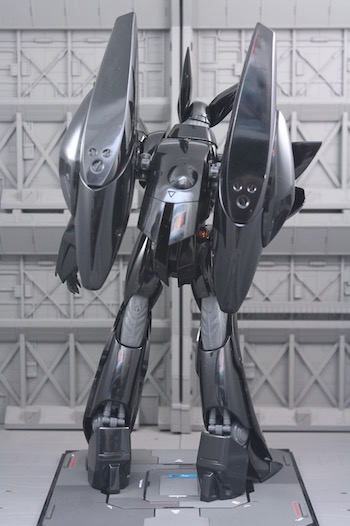 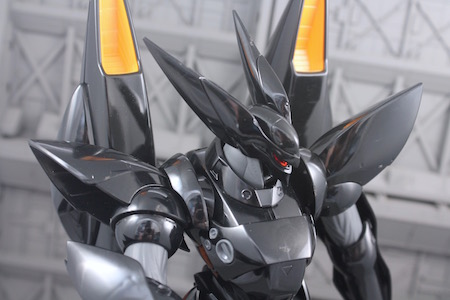 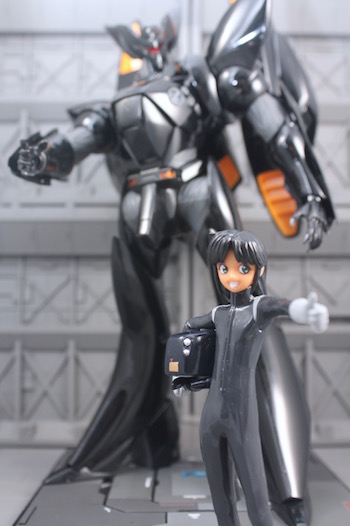 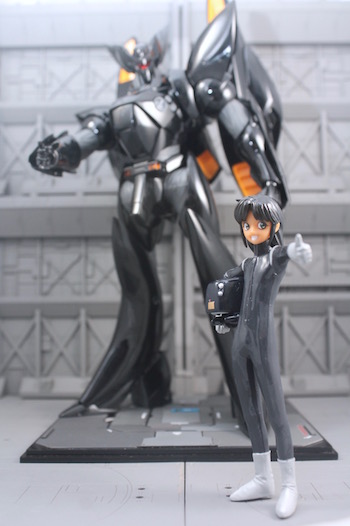 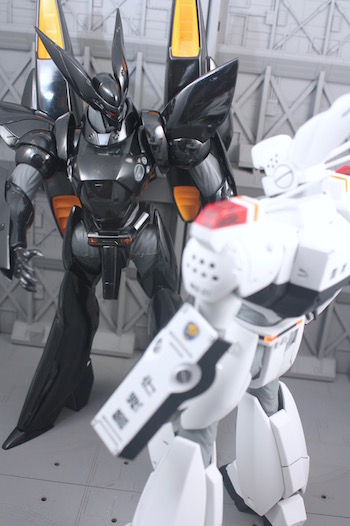 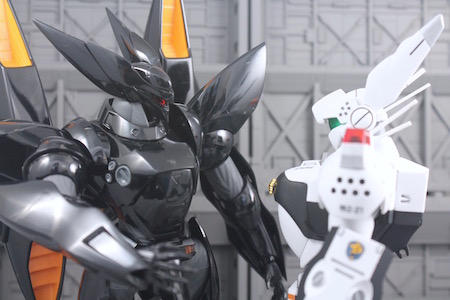 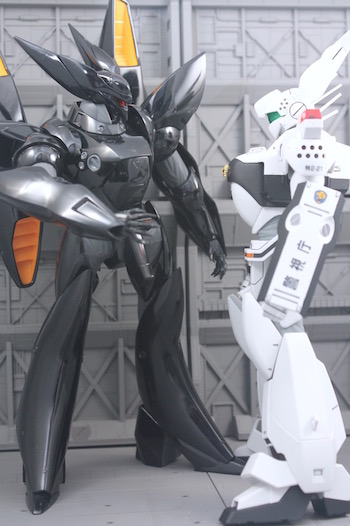 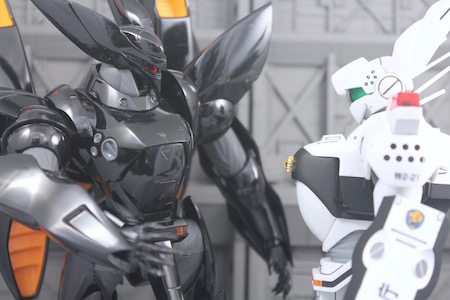 Initially not in my Patlabor wishlist but I bought it anyway since I got this as a set with my other MG Ingrams. Bandai have released two versions of this labor, flight type and aqua type respectively. The difference is backpack unit and mine is the Master Grade 1/35 scale J-9 Griffon -Aqua Type. In fact there is even a bootleg release in market by STK.

Griffon is a prototype secretly produced by Shinohara Industry opposing company, Shaft Enterprise to outperform the existing Ingram. Needless to say, Griffon is far more badass looking and technologically superior during the confrontation. One thing I like about the kit is the gross coated surface which means very little is needed to be done after straight build.

This kit is taller than the other MG Ingrams like a black sheep standing among the white. Like other MG Patlabor kits, Griffin uses rubber tubing to fabric the cloth effect. IMHO, it's good application just that the rubber kind of hinder the movement. The major drawback is that this labor seems to stand on high heels plus the weight of the backpack, with balance greatly compromised. Good thing with careful adjustments, the kit can still hold up on its own. When I handle the kit, the torso tends to pop out. Understand that this is an old kit back in 2002 so I don't have much to complain.

The agility and razor sharp claws of Griffin are deadly arsenals so it does come with any weapon. Multiple hands allow for expressive poses. The kit comes with unpainted figures of Griffin's project in charge 'Richard Wong' in standing pose and Griffin pilot 'Bud Renard Harchand' in sitting pose. I have used CMS trading figure of 'Bud' as a prop to go with my MG Griffin. As the name suggested 'Bud Renard Harchand' can be a pain in the "bud" in the anime. Talented in piloting for a 12-year-old but lousy and hack care attitude treating the project as though playing game.
at April 09, 2017

This black one is definitely looks more badass than the normal version especially the head design with red visor..Fierce!!

>> Desmond
I'm always have the thing with the good guys so badass isn't really my type. Lolz.. ok.. this is still acceptable ^_^