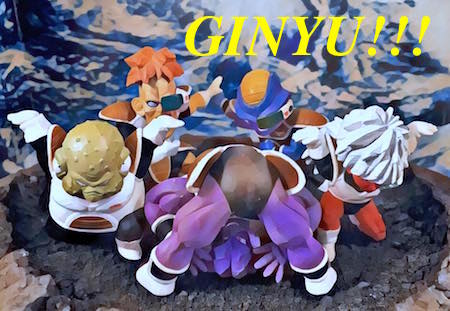 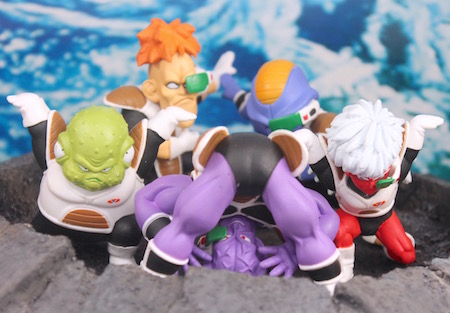 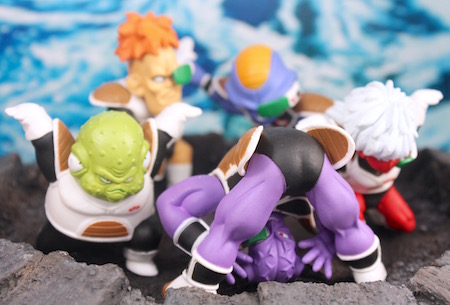 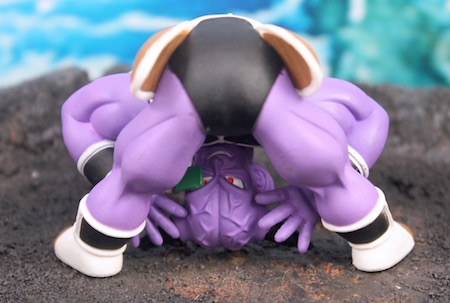 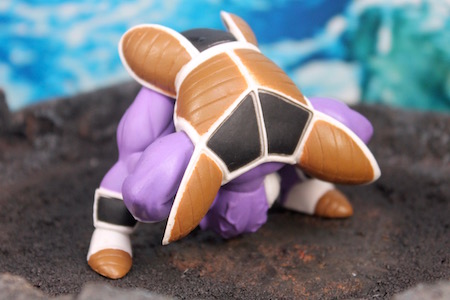 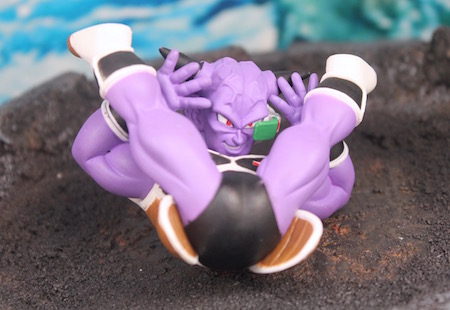 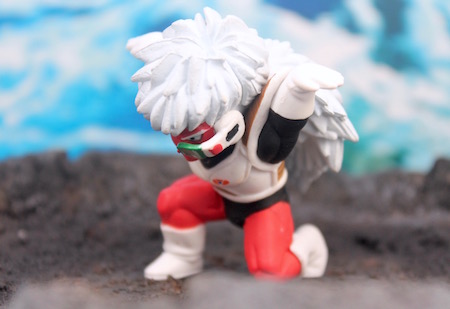 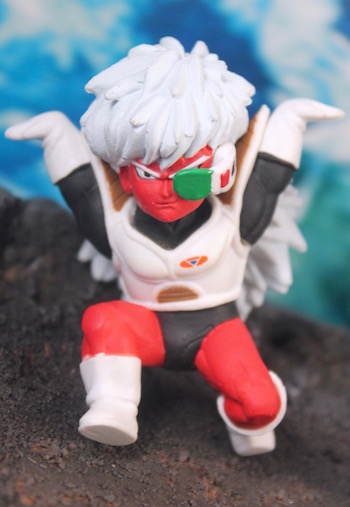 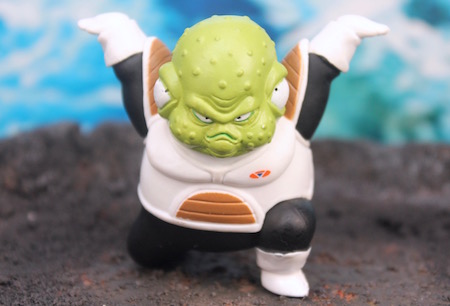 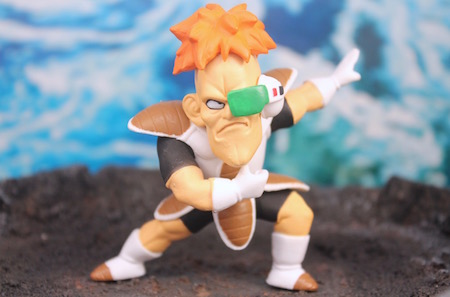 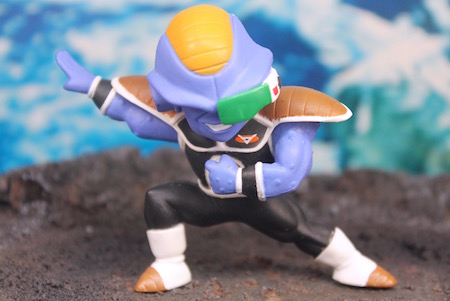 BEWARE! KNOCKOFF ALERT!!! Please do not continue reading if you are hardcore original supporter... Ginyu Force!!! ギニュー特戦隊 Self proclaimed strongest squad in the whole of DBZ universe! Bought the squad some years back at flea market which even back then the original was so scarce and the price easily fetch over 100 USD on eBay. Frankly, I won't pay so much for stuffs like these though nothing beats the original. Yet it's still comforting to get the knockoff / bootleg version of these cuties.

Ginyu squad was introduced to Dragon Ball during the Freeza saga as elite force which in contradiction more like parody, mocking Sailor Moon in the 80s with their peculiar posing. Their leader is obviously Ginyu, the purple alien who bends down to look through his legs. Recoome is the most muscular in the squad, most human like and wears tight shorts. Butter is the tallest in the squad and has blue skin. Jeice is the alien with red skin and has white long hair. His moves are somehow similar to Yamucha. The weakest link in the squad goes to Guldo! He's dwarf looking and has green skin. Not strong as a fighter but possessed a unique skill of stopping time.
at April 23, 2017

I must confess that easily 98% or 99% of the items in my collection are original/licensed so, there is very little space for bootlegs/knockoffs and I used to be very critical about people collecting that kind of items... However, over time I realized that almost all reputed companies that we know nowadays (if there is any exception) began as manufacturers of copies of collectibles made by older brands in the market so, I stopped criticizing because in the end, the more companies you have in the market competing, the more chances to get collectibles in fair prices; also, over time, some of these manufacturers of bootlegs/knockoffs could become reputed companies, who knows ???... I’m against monopoly !!!...

These Ginyu Force set is cute, funny and even being bootlegs, they look nice and the finishes are more than decent !!!... Just like you, I think that to pay USD $100 for this set in the original version is a blunder, I would say it’s even stupid and that’s just a sample of the abuses that some sellers commit, with the complicity of ignorant and swagger "collectors", who think that inflate prices is a "good and normal" practice... =/////

Original or bootlegs issue aside... that purple guy with 2 horns on his head with a weird pose of looking at his ass.... now that is classic!!! money can't but that corny pose and I like that... he really made me laugh a lot, certainly one of the funniest thing I found this month LOL LOL LOL LOL.... that's exactly what a toy can do to us - make us laugh, bring us happiness, bootlegs or original, we talk about that some other time, for now let us just enjoy the purple guy with his corny pose of looking at his ass... hahahahahaha

>> Christmasdesign
I kind missing the boat and was late to realize the value of the original figure. Got the bootlegs to satisfy the urge though. The original pricing isn't so ridiculous but it's the those reselling them.

>> David
Happy to know that this post had a effect on you and yeah the purple guy Ginyu seems kind of gay and the pose definitely inappropriate lolz...

u have to sell?

Nope. Not selling them. Pics for sharing : )