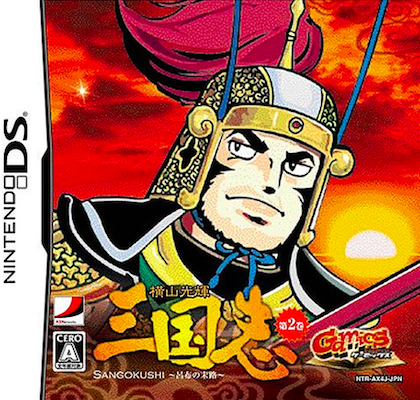 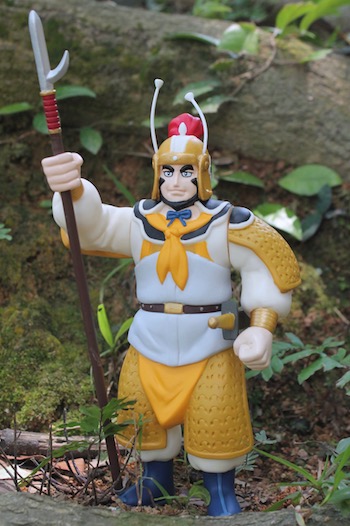 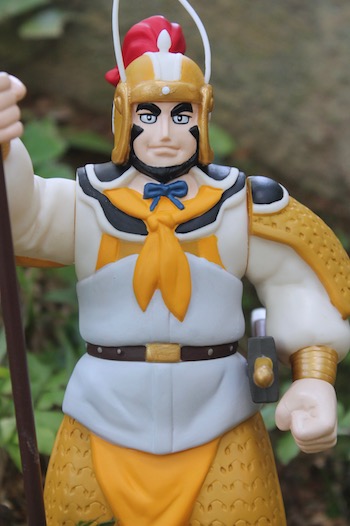 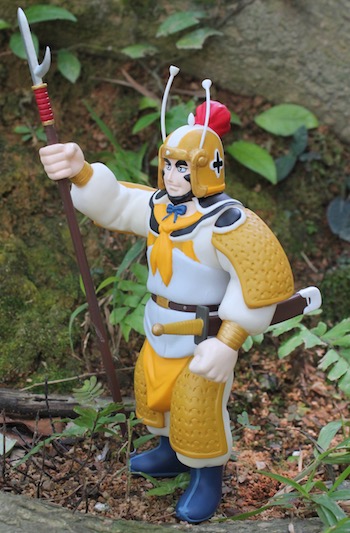 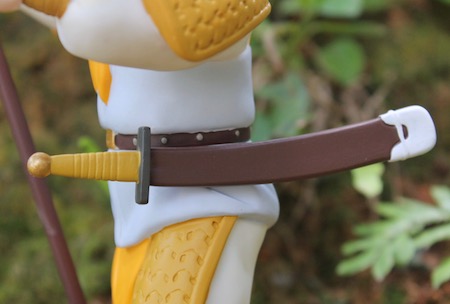 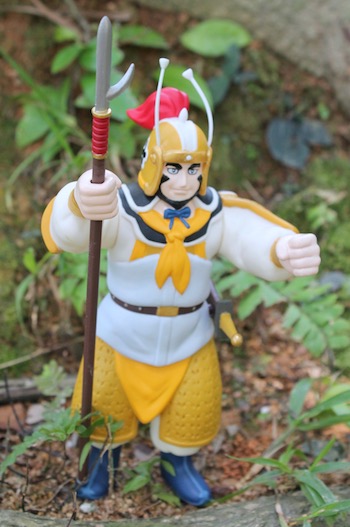 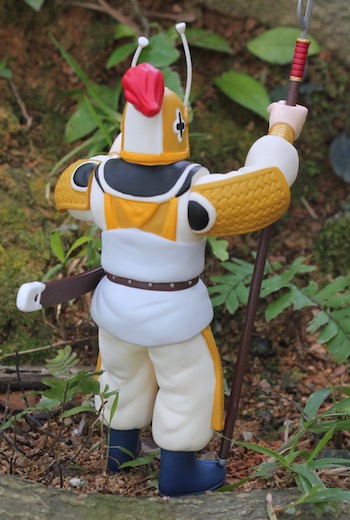 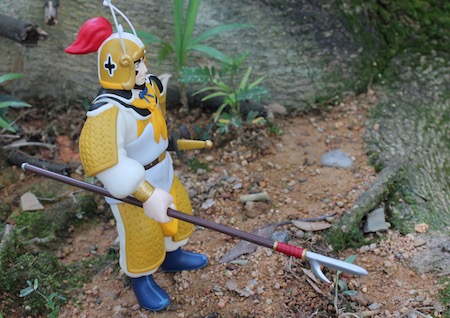 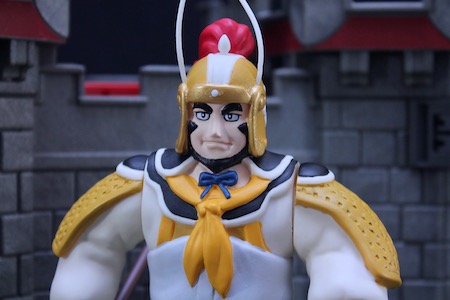 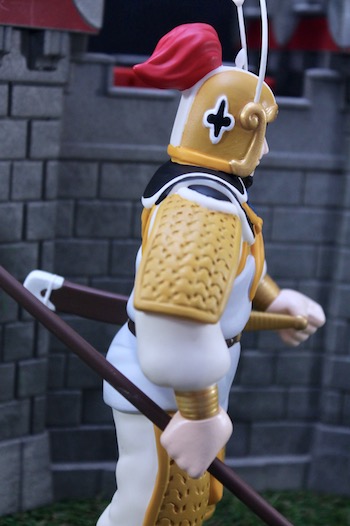 Illustrated by Mitsuteru Yokoyama, this is Lu Bu in Nintendo DS Lite game - Gamics Series Vol.1 Yokoyama Mitsuteru Sangokushi ( Romance of Three Kingdoms) 2. The character was drawn in a cartoon way and this figure is made of soft vinyl material. Released a decade ago by a Japanese company known as 'Sekiguchi', this figure is seldom seen out of domestic market. It stands pretty tall at approximately 8" however lack the articulation with only the arms able to rotate 360 degrees. The Lunar Crescent spear can't be removed from the fist whereas the side arm sabre is removable. Nothing particular special about this figure. It's more like another Lu Bu figure added to my collection.
at April 19, 2017

Cartoonish, yep, in the style of 90’s anime and with a face expression kind of fun, HEHE... It’s the first time I see the "actual" Lu Bu, since the only reference I had was the SD Sangokuden model kits that you had published previously... He looks like a good-natured guy, but if I ever watch the Romance of the Three Kingdoms, I guess I will have a better idea about his character... =D

Lu Bu face is not fierce...

>> Chrismandesign
I do posts a few figurines of Lu Bu before doing the SD Sangokuden Ryofu but I guess that was long ago before you follow. Lu Bu is a god like warrior in that era ROTK unfortunately lived a life of betrayal and tragic end. A contrast from how this figure has portrayed.

>> Desmond
I also think that Lu Bu should be more badass and ferocious looking for a tough warrior. His image in Dynasty Warrior is a lot cooler!

Not sure is he looks more Chinese of Japanese but one thing for sure the face made him look so grumpy LOL LOL LOL....

>> David
Grumpy old man huh.. heehee.. Maybe he feels that the company failed to make him look as great as he once was ^_^