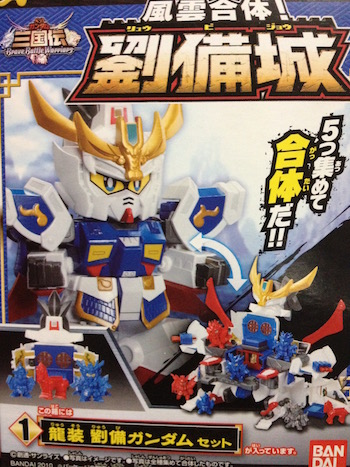 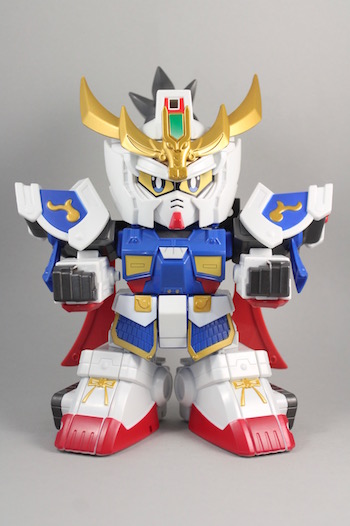 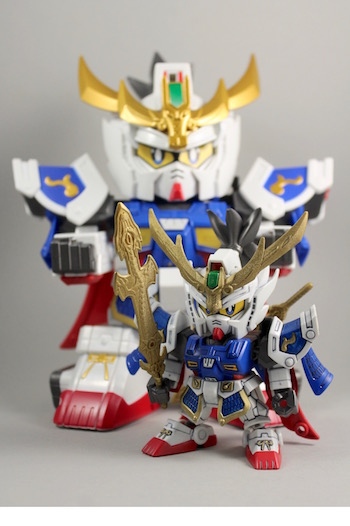 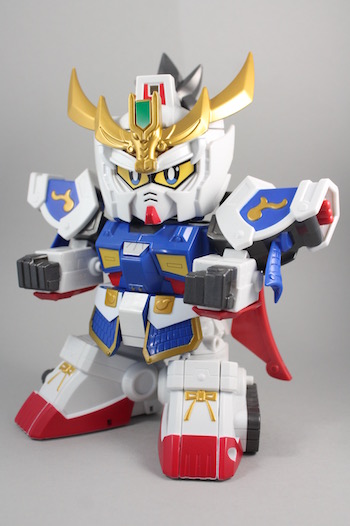 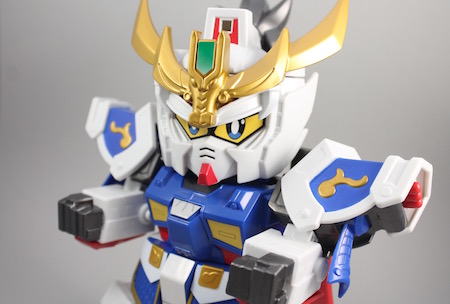 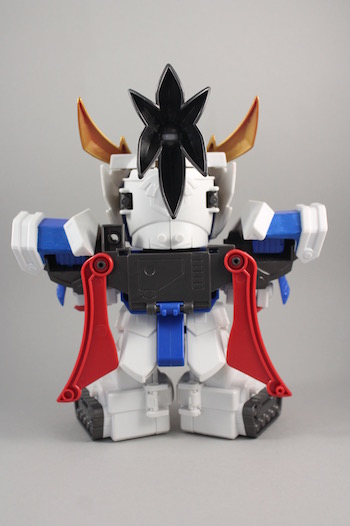 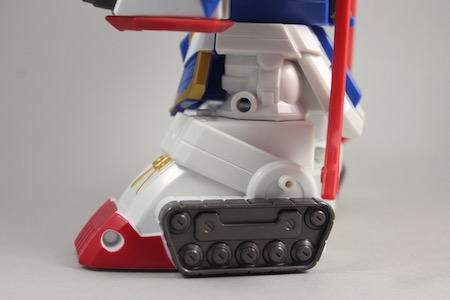 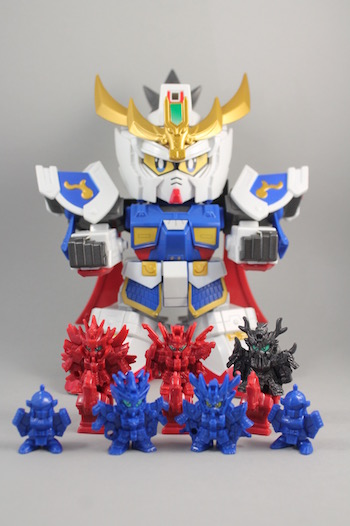 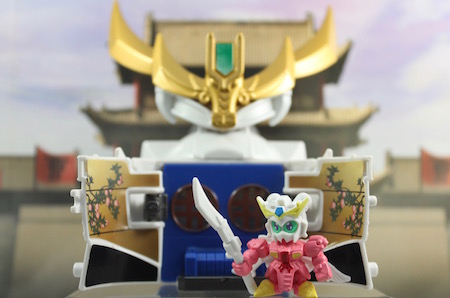 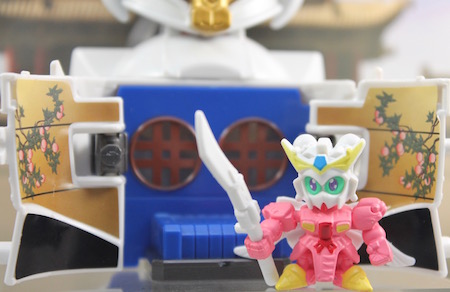 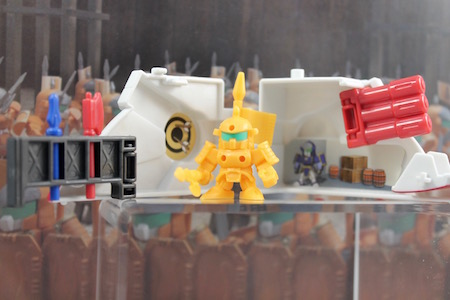 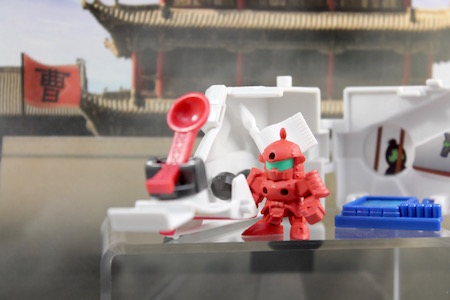 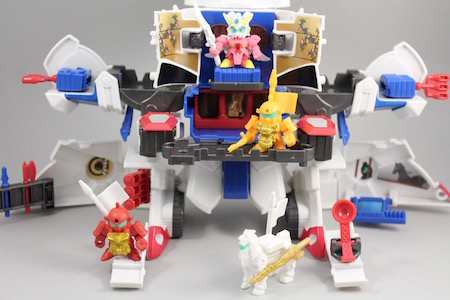 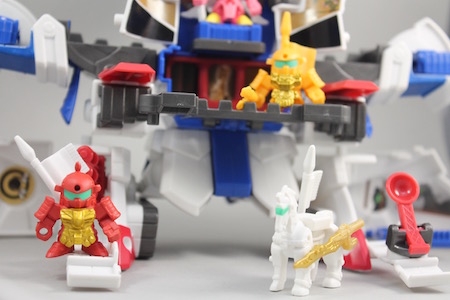 Here's a crazy idea of a bulky 9" Sengokuden Ryobi Liu Bei figure that transforms into a castle. It's a combination of 5 boxes of candy toys. The head transforms to peach garden and the chest in palace. The arms form the watch towers with ballistic cannons. One of the legs forms the catapult station and jail. The other leg make up the armory and stable. The set also comes with miniature figures of various Sengokuden characters from generals, soldiers to horses. The figures look too plain and therefore I substitute them with other Sengokuden capsule figures. It's a bit kiddy so to say and suitable for imaginary play I supposed ^_^
at June 13, 2016

This idea, yeah seems a bit crazy, but I think that it’s also quite innovative and for a Candy Toy, it’s much more than you would expect actually !!!... I don’t know exactly why, but it reminded me the Polly Pocket toys (the vintage ones), which usually displayed a whole diorama in something as little as a compact powder case !!!... Maybe the mini-figures included with this set, don’t have much detail added with paint and look kinda dull, but the fun factor here is huge and I’m pretty sure there is precisely where lies its true value, great toy indeed !!!... =D

>> Chrismandesign
Yeah! I know of Polly Pocket toys! So nostalgic : ) I would say toys with sure conversions are innovation with functionality. On top of all, packed with plenty of cuteness!

While i don't really care much about Sangokuden i am really a sucker for the transformable diorama gimmicks that this toy had because i used to have some micro machines and super sentai toys that had the same gimmicks.

>> Yami
Big reveal that Yami actually has a soft spot for diorama toys. MicroMachine is also familiar to me. I remember watching the advertisement and the guy spoke really fast!

So now it's like one of those Transformers, instead of a battle base the Ryubi become a castle, brilliant adaptation but I guess Bandai seems to be running out of idea lately and keep on recycling old ideas on their products all for the sake of to ensure the cash keep on coming. Even so, the fans of the series wont complain much I believe.

>> Desmond
Yeah! My wifee likes the Gundam mode was well. She says it's cute like the Japanese fortunate cat ^_^

My son also like to play with this from time to time. Yours still in good condition while my was quite beat up due to kid play.

>> David
I guess the ideas were recycled from time to time for the next generation of kids but we never did grown up. Lolz

>> Leon
Thx for recommendation this toy to me bro! I have the due play of the toy and I think it time my sons owned it : )