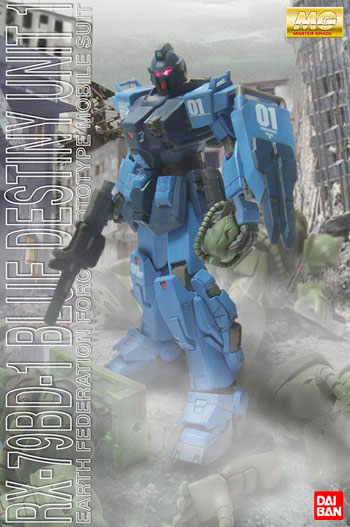 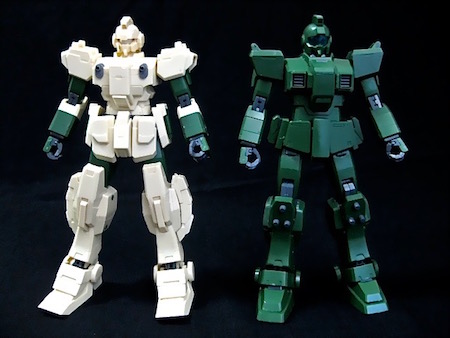 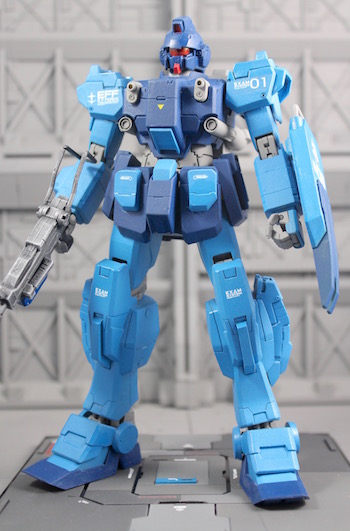 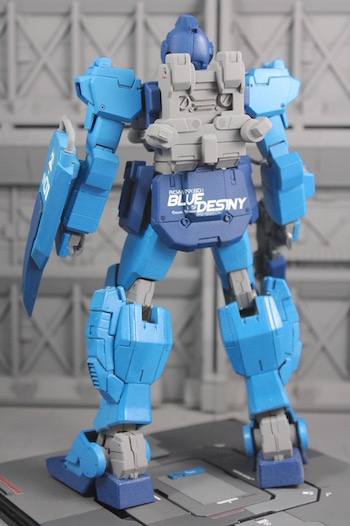 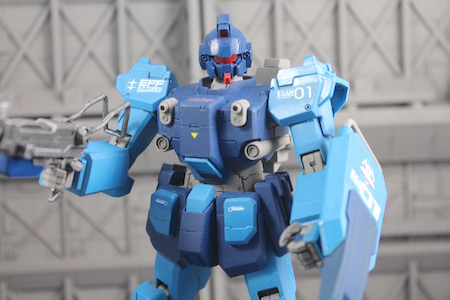 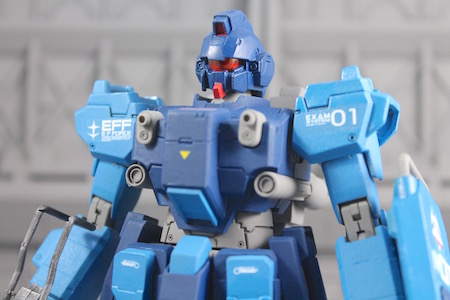 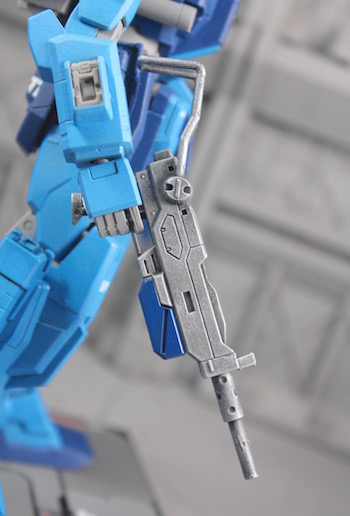 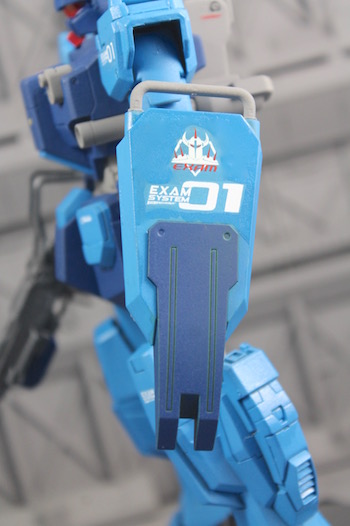 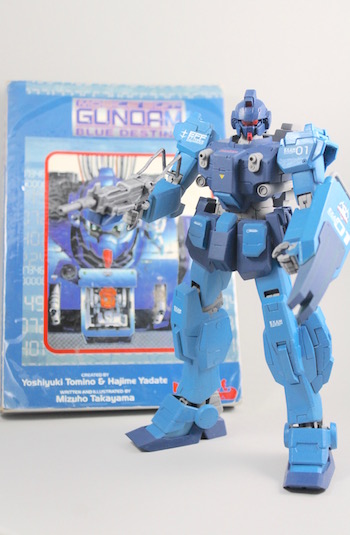 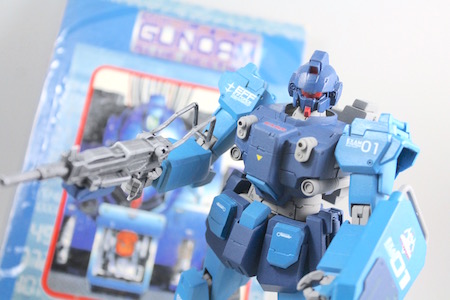 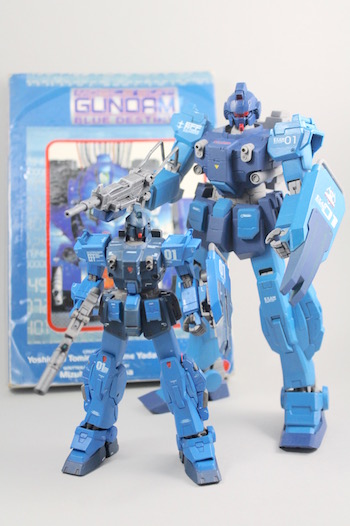 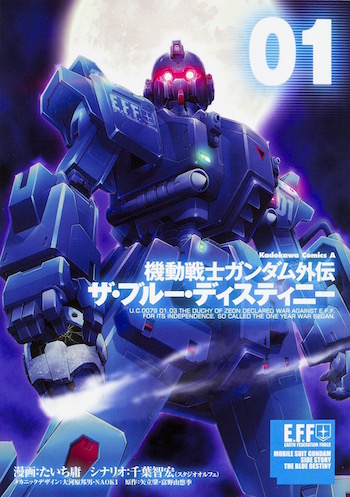 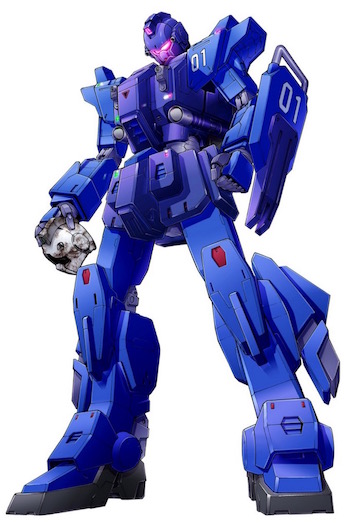 This is a Gundam that look exactly like a GM. Blue Destiny Unit 1 is a variant of the RX-79(G) Gundam Ground Type. I read the manga and totally love this 'One Year War' side story featuring protagonist pilot Yuu Kojima switching from GM Command unit to this blue devil. The unit also first made its appearance on SEGA Saturn game way back in year 1996. The catch of this unit really this the EXAM system, which makes the unit go berserk, destroying all units at sight, even friendly before the comparable pilot took over and with system refined.

When EXAM system is activated, the visor oN this GM head will change from green to red. Taking out an old kit from shelf to share my first attempt on resin conversion parts. Due to my lack of experience and talent, the was not well built. Hopefully it is decent enough for review. Anyway, I got the G-System conversion parts from a sale tread on Gundam SG Forum which I think is quite a rare item. The parts will need Master Grade kit of Mobile Suit Gundam 08th Team, Earth Federation Ground Force unit like Ground type Gundam or GM. For this instance, I had used a GM sniper ground type. I used can spray and hand-painted on smaller parts. The 100mm machine gun was spray with matte black and thereafter dry brushed with silver paint. Good news if you are fan of 1/100 Efreet, the arch enemy as Bandai had announced that it will be released under the RE 1/100 (Reborn) in late 2016.

A berserker mode for Gundam is an interesting concept, I don’t know if this is the first sample in the Gundam universe, but I think it’s maybe one of the oldest... The overall design, on the other hand, is quite modern, I like the additional detail in the armor surface (in comparison, the GM looks kinda flat) and again, the color scheme is definitely the protagonist, the element that makes this mobile suit stand out !!!... Blue Destiny and blue color scheme, I can find easily the correlation here and a red visor is a very straightforward way to show that you better don’t mess with this guy !!!... =D

>> Chrismandesign
I support the statement that Blue Destiny is the first Gundam if not first GM that has the berserk system ^_^
It has an unusual colour which differentiate itself from common MS. It's ferocity with pilot Yuu Kajima's compatibility and skills earned the title "Blue Death". When its visor turns red, it indicates that you better not be in the way of 'Blue Destiny'.

Seems like the smaller one has lots of fine details than the big one..