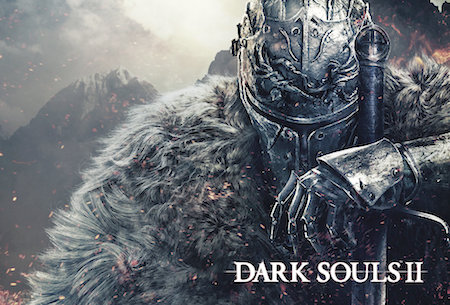 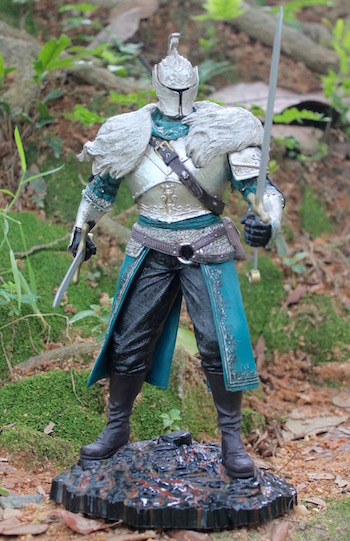 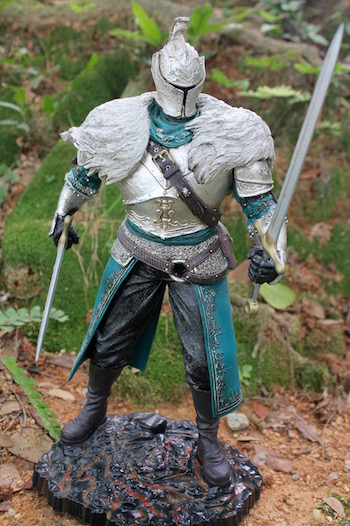 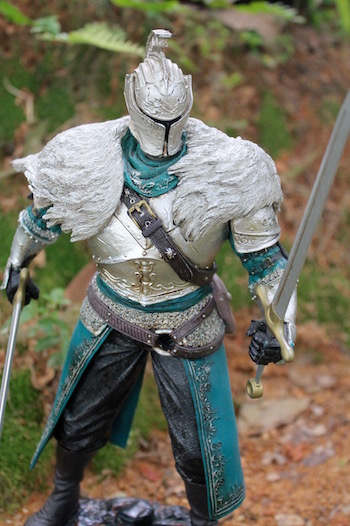 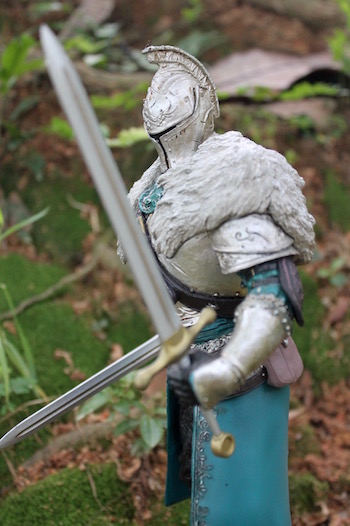 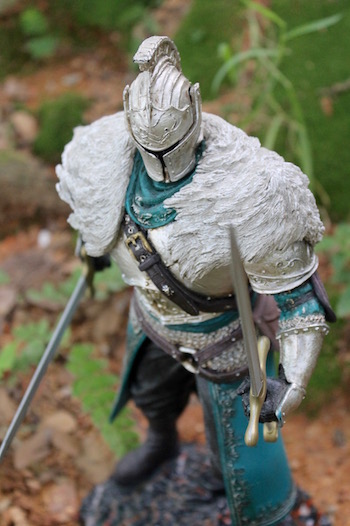 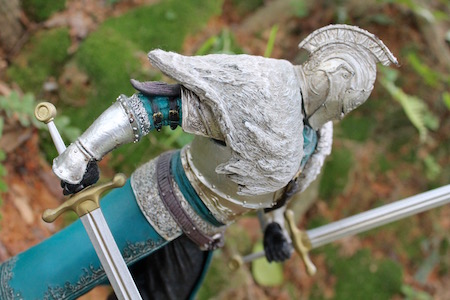 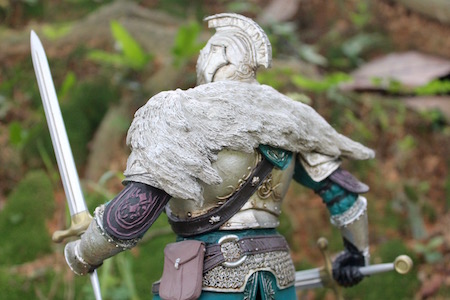 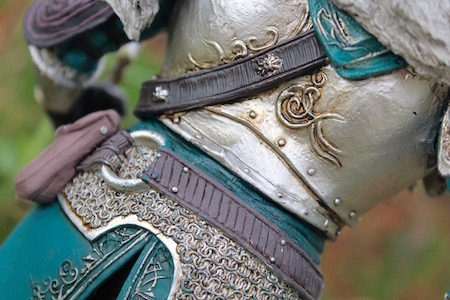 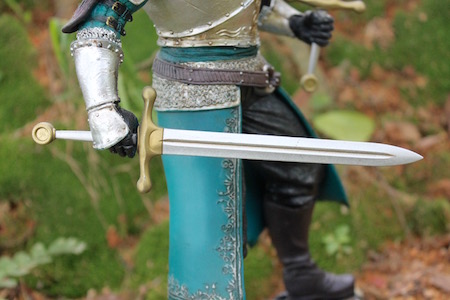 This figure caught my attention when I walked into a game shop on fine day sold as a Collector's Edition set with the Playstation 3 game. Dark Souls II is an action role-playing video game developed by FromSoftware and published by Bandai Namco Games. I didn't buy the set but eventually bought the figure on Carousell (Sell/Buy phone app). I really like this 'Dark Souls II' rogue warrior figure in many ways. First of all, definitely is the knight medieval design of the character. The full face helmet, body plate and gauntlets looks great and fur cloak was sculpted in a willowed effect. Once you die you become the chosen undead, cursed to roam forever.

It hard not to take notice of this whopping 12" (30cm) tall figure affixed to a diorama stand. The paint job isn't too bad since the overall appearance seems realistic, like the chain mail and bronze tarnish on the armour. The thing that I probably don't like about the figure is the double swords as I would prefer the character with one hand holding a shield.

This Dark Souls II videogame reminded me somehow about Warcraft 3, the last Warcraft version I played a while ago, specially for the 3D cinematic sequences. Agree with you that this statue has an artisanal touch, both in the sculpt as in the paint job, with good level of detail... The effect of the whole attire is rather unusual, with the partial armor, but I guess it allows more deadly moves than a complete armor...

I know you’re used to the combination of a sword and a shield, but I think this character is more one of the kind "attack first and ask later"; also, a combat with two swords allows one of them to be used as defense, if you have the right skills... =D

>> Chrismandesign
I like the game trailer of the character while still alive and how he died honorably. Just to side track, I recently saw the movie trailer of Warcraft and so very want to watch it. I have to agree to your theory of double swords technic as an art of both defense and offense : )

The helmet is cool :P