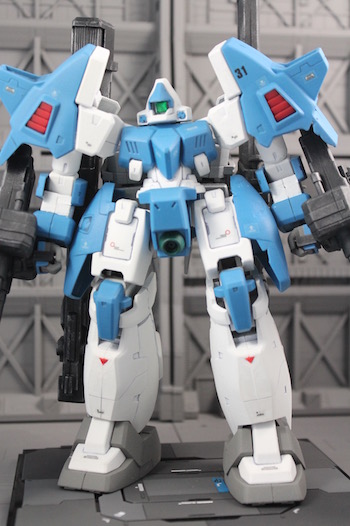 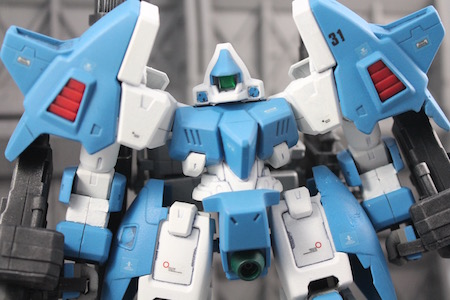 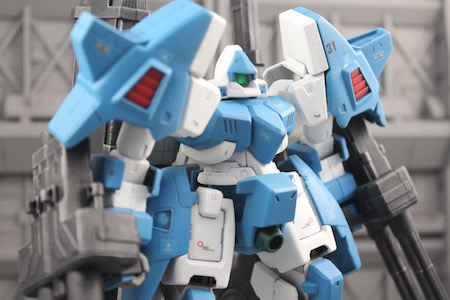 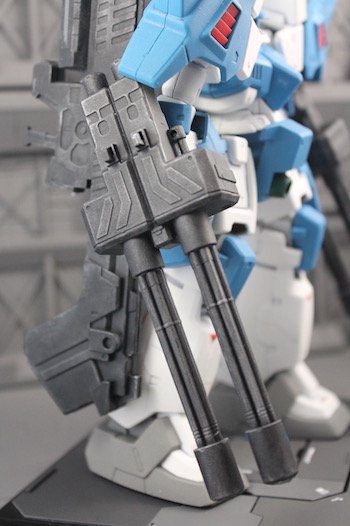 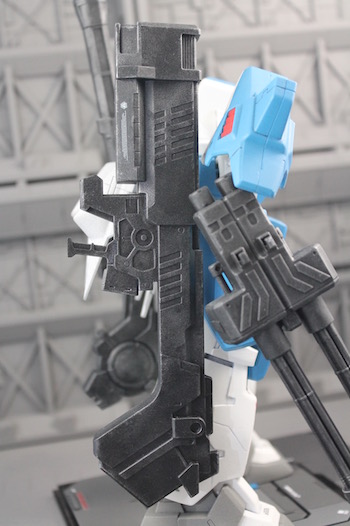 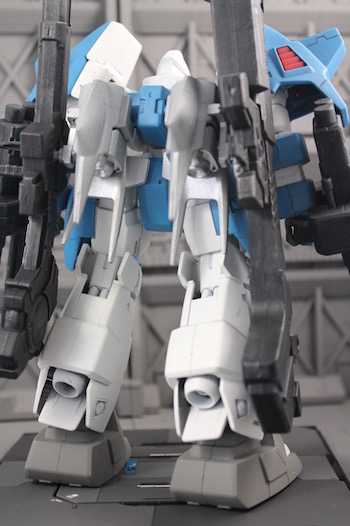 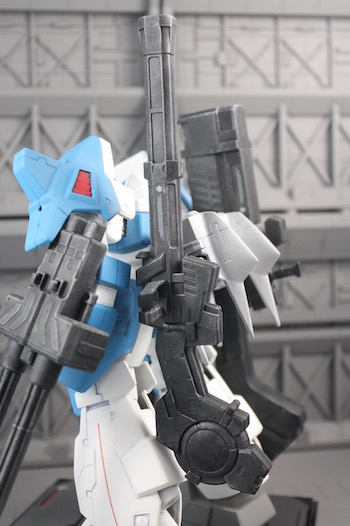 I did a repainted to my Serpent Custom with white and baby blue over the dull khaki colour scheme, so it would look more Gundam like. Initially, I wanted to blue/white scheme alike the Sangokuden BB Xu Huang Serpent Custom however I got the colour wrong and blue ended up baby blue instead of naval blue. Quite the amateur work as I did not patty to fill up those seam lines. Added some water-slide decals so that it that it looks less plain.

Built with toughness like tank, Serpent Custom equipped itself with double-barrel gatling guns in both arms, just like the ones Heavy Arms Gundam Custom is having. I have sprayed the weapons black and done dry brushing with silver paint. With its stout built, Serpent Custom could carry weapons, deemed too heavy from other MS like the bazooka as well as beam cannon attached to the backpack even under the force of gravity. An earlier Gunpla in HG grade but in 1/100 scale, a preferred size for me in projecting the hunk of Serpent Custom on display.
at March 12, 2016

This is a very atypical Gundam from a very atypical Gundam saga (Endless Waltz) and one that I would overlook when I was beginning in this hobby... But somehow, these bulky and strangely designed mobile suits, armed to the teeth, began to win a place in my heart since some years ago... I would say that a Gundam in baby blue looks less menacing than it should, but in terms of the overall effect, I like very much the result here and it gives me the feeling of a good hearted medieval warrior in mecha version !!!... =D

I thought Serpent was not this chubby but i do have soft spots for these 1/100 Gundam Wing Kits, they will still look good with proper works on them.

>> Chrismandesign
I guess I was thinking of United Nations peacekeeping force during the choice of colour. The head visor is pretty small and is easily mistook as monoeye. I kind of like the bulky design as it's built like a tank. The weapons are ferocious too! Lolz

>> Yami
I think it's the colour! White will make the kit look bigger ^_^ I'm also a true believer that with good touch up and spraying any kit will shine.

>> Desmond
I only use can spray.. Didn't do a good job for this. Apologies...