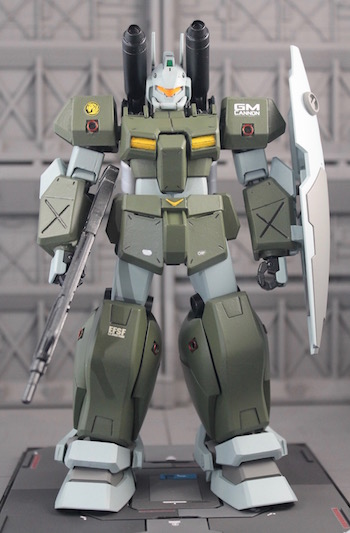 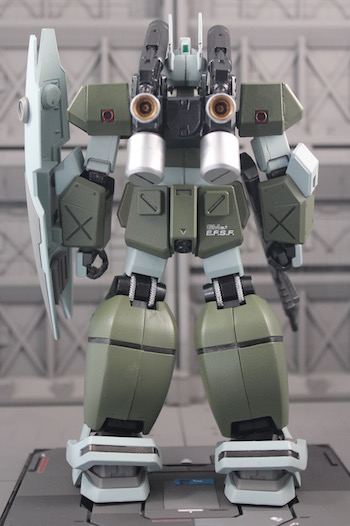 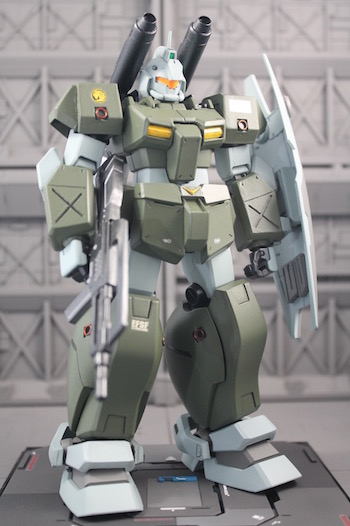 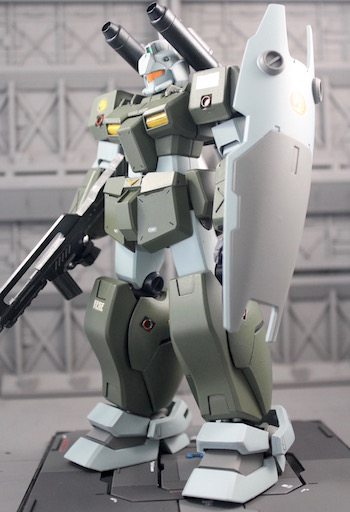 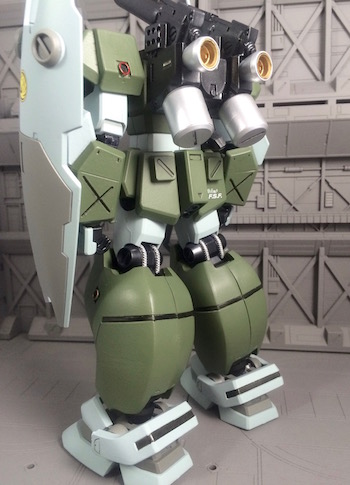 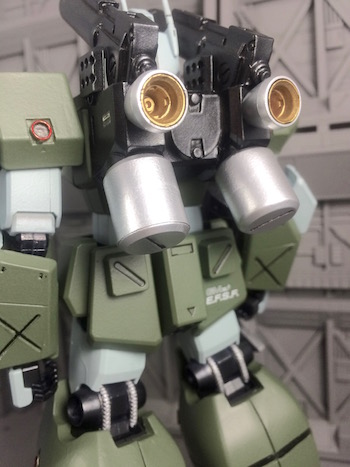 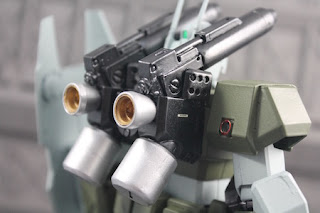 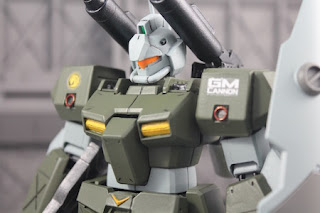 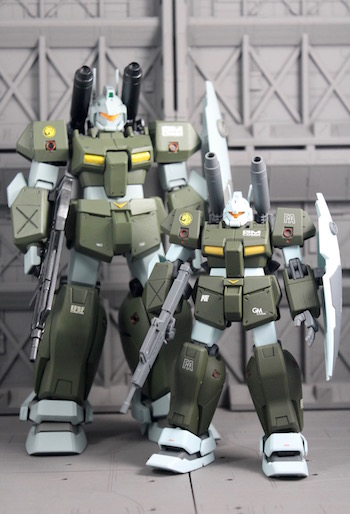 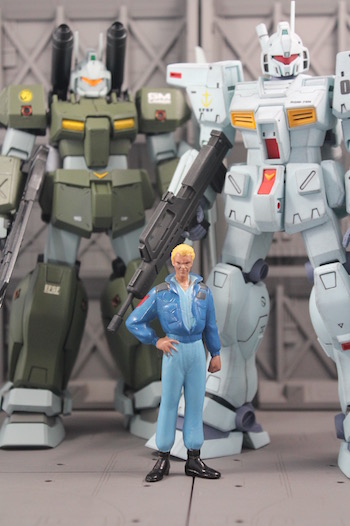 It's a big step to embark on any conversion parts, to think that all had to be started for scratch. I believed the original conversion parts to GM Cannon II was by B-Club. Unfortunately, the ones by B-Club had became rare and often overpriced. I instead ordered mine from E2046. Its came in resin parts and required a MG GM Custom as the basic kit. Glad to have this conversion parts though the remoulded parts lacked details and some did fix well, therefore required a lot of filing and puttying. Once again, I would emphasise that my work was amateur and I wanted some to try to build this kit as close as the mecha would look in the anime. The spraying was done using epoxy spray cans with the choice of Tamiya military colours, AS-5 Light Blue (Luftwaffe) and AS-14 Olive Green (USAF).

This time round, I wanted a simpler finish, so I decided to use a few more prominent water-slide decals and had especially chosen the pegasus emblem of Albion squad. I'm pretty proud with the overall finished product and welcomed GM Cannon II to the ranks of 1/100 scale GM in my collection. The thrill of having GM Cannon II pose beside MG GM Custom and Lt South Burning.
at March 18, 2016

So just another GM for your collection, HUH ???... Obviously you were trenchant into get these custom parts for the conversion kit, for a decent price and that’s a hard but wise decision !!!...

It doesn’t matter what you are collecting, once certain item becomes highly sought, the hoarders and the Mafia around our beloved hobby, start the spiral of speculation, manipulating prices and it’s your decision to play their filthy game or steer clear...

I myself have had to deal with this problem many times and I prefer to give up on certain items, than to pay an obscene price for something I know is not worth that much and incidentally, financing such Mafia...

Certainly the most important criterion, regarding the result of your work, is yours so, if you’re satisfied, that’s what really matters, pal !!!... =D

>> Chrismandesign
Yeah! This is really one of my favourite delights. Very well philosophy pal on the collection. This is one kit that I put more effort in and satisfied with the result. Lotz of delight displaying it and pairing it with GM Custom. One of the best designed GM from one of the best Gundam OVA.

Really awesome work on the MG kit! i am always curious how much work required on these Resin parts compared to the plastic kits considering this is one of the area that i will tread eventually as modeller. At the moment i am eyeing the Full Armor Mark II conversion but i think i will get the GM Cannon painted like Guncannon if i ever bought an MG GM Custom

>> Yami
Plastic conversion parts are generally easier to work on compare to resin. The issue with resin is mainly the excess parts that needs trimming or gaps that needs putty. Full armour MKII is a good choice. I recently saw a new that Bandai going to release a robot damashii version of the mecha. Can considered...

The lower thighs are strong.