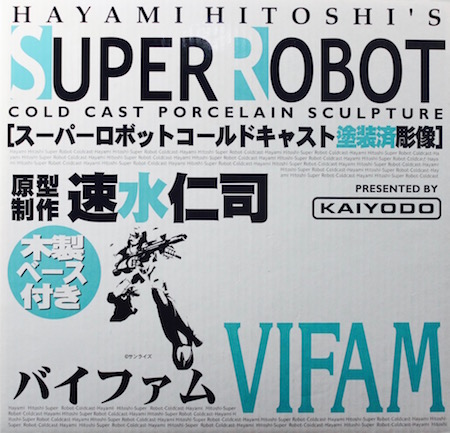 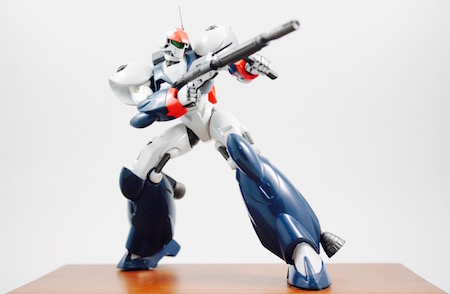 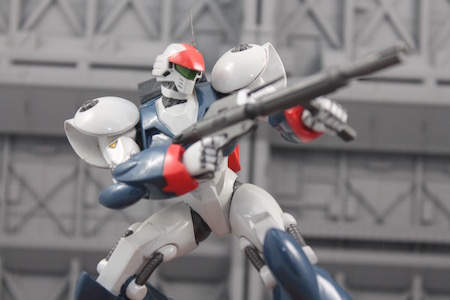 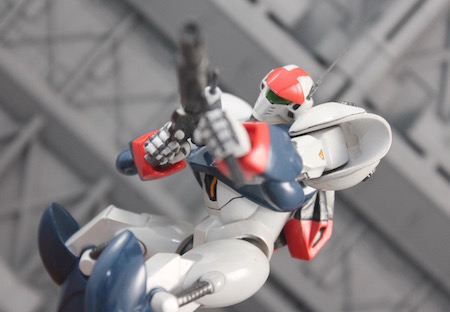 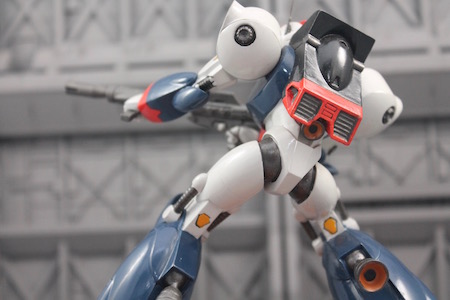 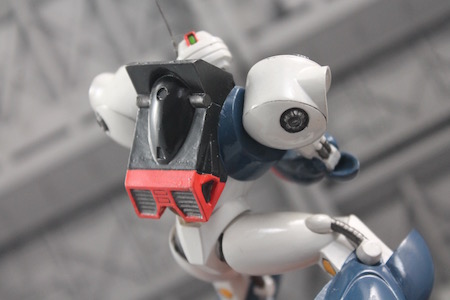 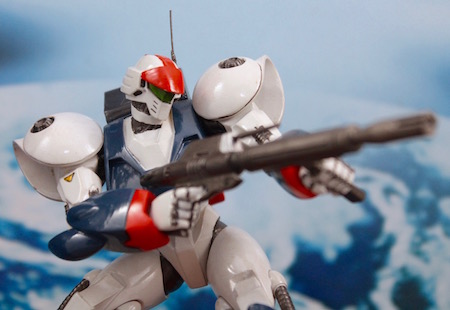 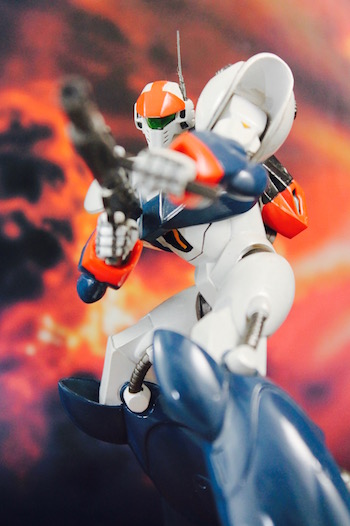 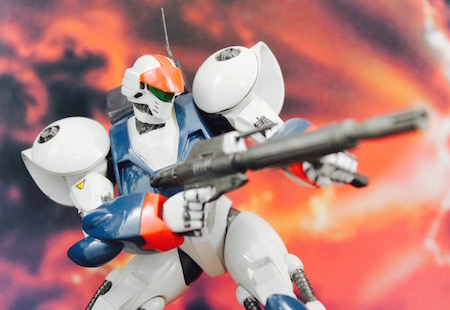 The nostalgic Galactic Drifter Vifam Super Robot Vifam in porcelain sculpture is a niche piece with very few circulating in the market. I personally chose this over the action figure, primarily for the sleeker appearance. It's like a kai version of the original Vifam. The original and anime appearance would look more blocky and bulky like an astronaut suit. Kaiyodo had launched an unpainted cold-cast of the actual sculpt and later moved on to this fix-posed, completed, painted figure as part of the Hayami Hitoshi Super Robot series in year 1999. Back then, it is common that cold-cast figure came mounted on wooden base. If you are to ask me, I would prefer the a clear glass or black plastic display base. The sculpture stands approximately 6"-7", having a glossy paint job with a very dynamic firing pose. Came in a square box and a small opening, allowing you to see the content within.
at March 21, 2016

I didn't know Kaiyodo were into the statues business, much less working with cold cast porcelain, but I guess it's something you could expect from a brand that is looking for higher ratings among collectors...

Cold cast porcelain allows a great level of detail and heaviness to the piece, almost like the actual porcelain would do, but it's also quite delicate and that's why I have very few pieces in my collection, made with this material...

Very nice and modern sculpt of the Vifam unit, more like the way it should be designed, but the anime series was aired a long time ago, the bulky and squared design was in vogue at that time... =D

>> Chrismandesign
This seems more like some limited release for market testing as I don't see a lot of them as most circulation are mainly the unpainted version. Indeed true that robot in the past looks more macho in their bulky build. Robot these days has switch to quickly and deadly strike. Maneuverability for more strategic advantage. Sleek is beauty ^_^

>> Desmond
One excellent pose, looking at different angles is cool enough for me. My favorite Vifam toy!