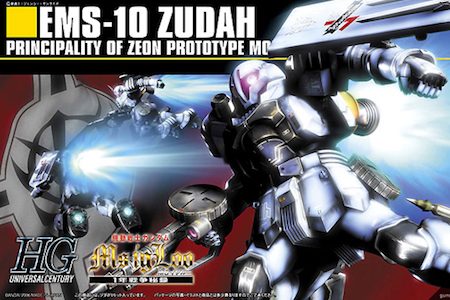 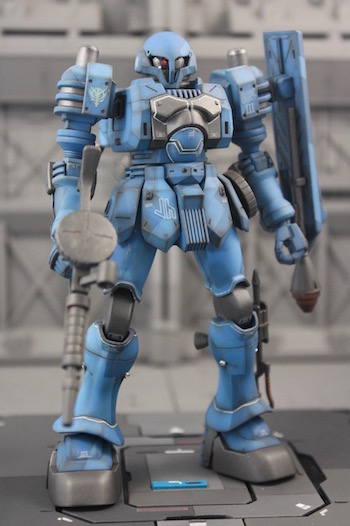 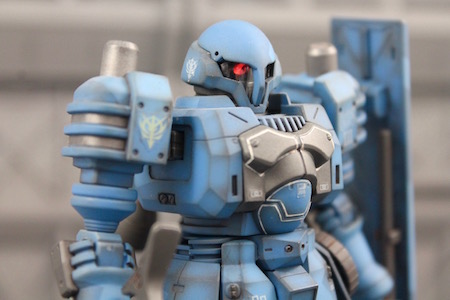 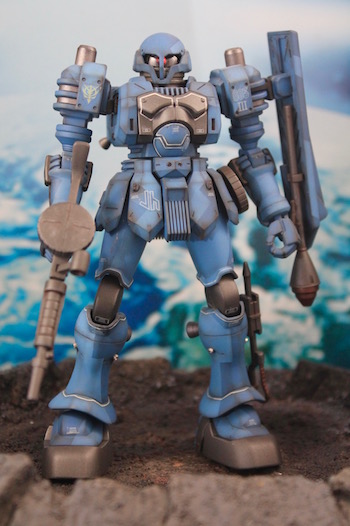 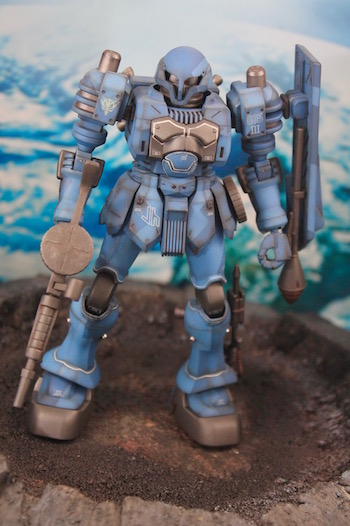 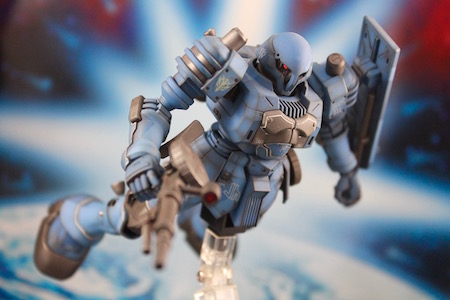 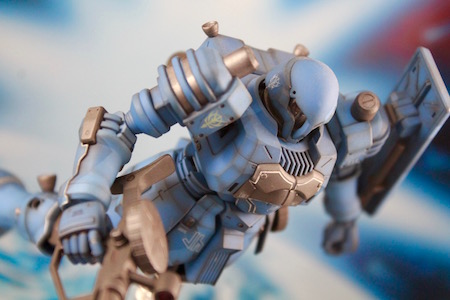 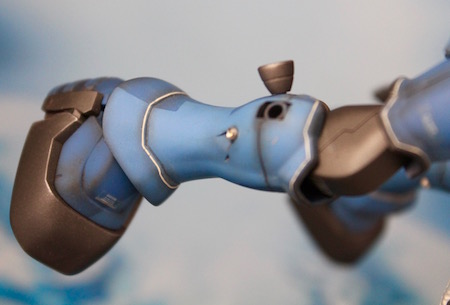 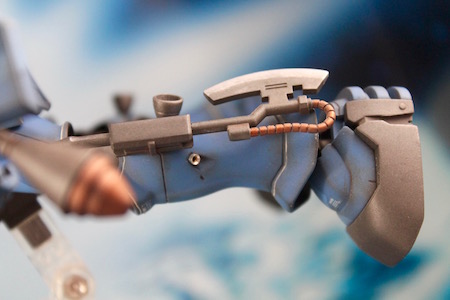 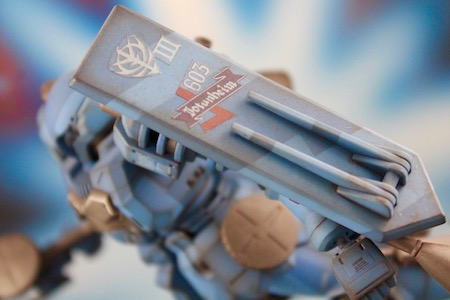 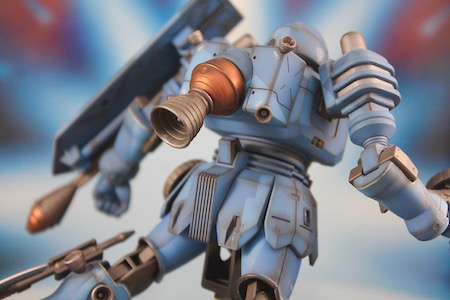 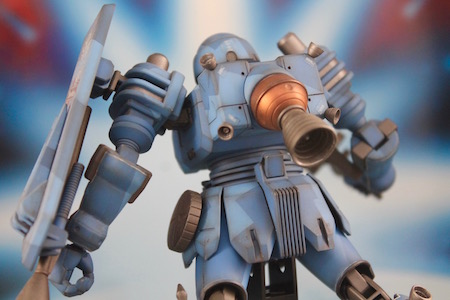 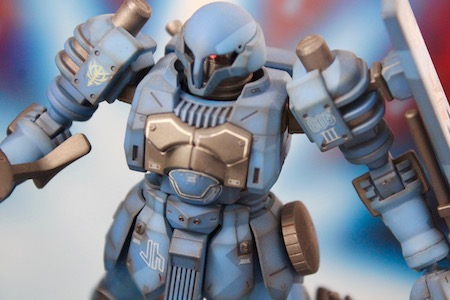 Principality of Zeon Prototype mobile suit featured for its overwhelming acceleration performance in the OVA MS Igloo 0079. Equipped with Saturn engine which was the best of thruster technology at that The engine is capable of rapid turnaround without stalling by allowing freely changed the injection angle of the injection gas is exposed to a structurally back. If seconds pulse (intermittent) injection, but possible acceleration at higher power, up to if normal acceleration 60 seconds before and after the injection can be a continuing, it is possible to per 200m or more acceleration and deceleration in a short time acceleration capability during operation exceeded even the Earth Federation RGM.

Equipped with 120mm Zaku machine gun, most commonly carry armament of new and old Zaku. Heat Hawk for hand-to-hand combat. Movable shield attached to shoulder with spikes for dash attack. Assigned to test pilot Major Jean Luc Duval Klaus, Zudah supposed to be a state-of-art MS, assuming to be the next generation of Zeon's mass-produced MS. However, it was a fluke and not more than a propaganda to hide the declining popularity of Zeon's failure in the late U.C 0079. Awesome HG kit of Zudah as appeared in the MS Igloo OVA. It's a simple snap-fit plastic kit of Zudah that comes with all of his weapons used in the OVA.
at February 22, 2016

That’s what I call a distinctive mobile suit !!!... I don’t know if it would be suitable to call it a fluke, because based on your description, I can see an effective engineering, with incredible maneuverability and a design that looks nimble, menacing and quite appealing for a mass production unit, but I guess that in the actual plot of the OVA, that’s the impression you get (I haven’t watch it yet)... Very nice paint job (with some elements, in the color scheme, of the Gouf Custom) and decals; being a prototype, it’s the perfect equivalent of a Concept Car !!!... =OOOOO

>> Chrismandesign
Hehe... Even when seeing robot, u are inclined to thinking the concept to prototype cars. In guess it's all part of engineering and yes this MS focus a lot on maneuverability but lacks control in the plot and the G Force would overwhelm the pilot. It's proven in history that that sometimes military overrate their weapons for propaganda.

Is the weathering done by Bandai?

>> Desmond
Nope.. Bandai wants us to spend more to build and paint our Gunpla ^_^