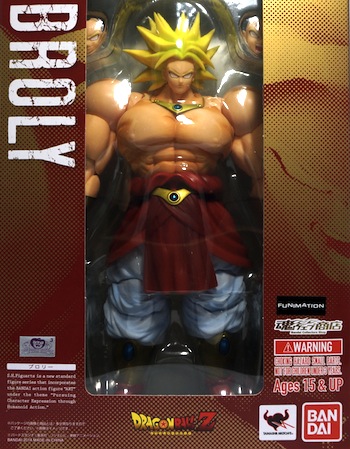 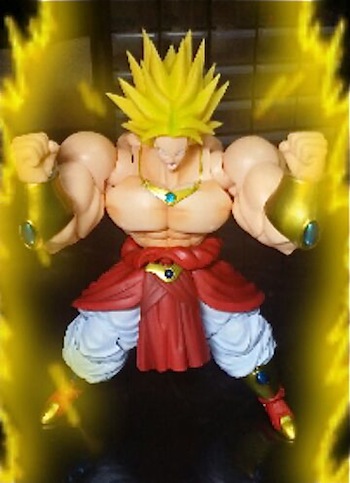 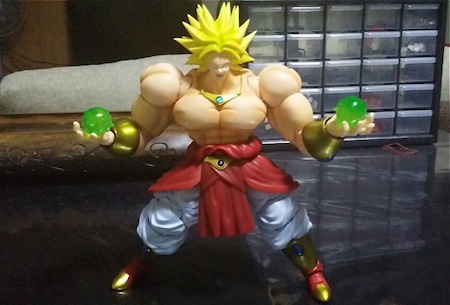 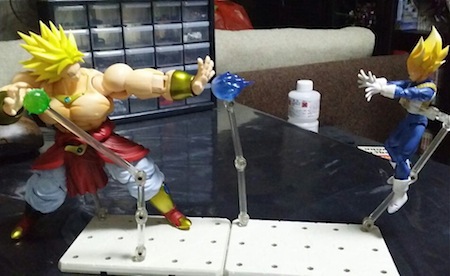 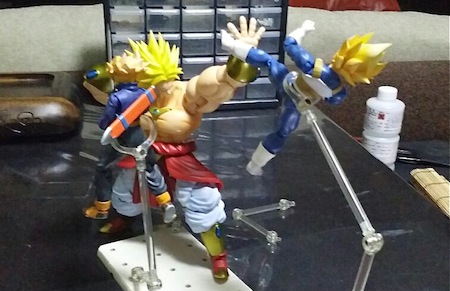 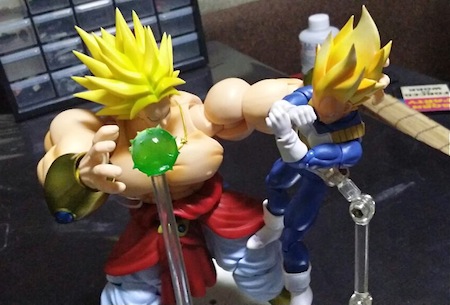 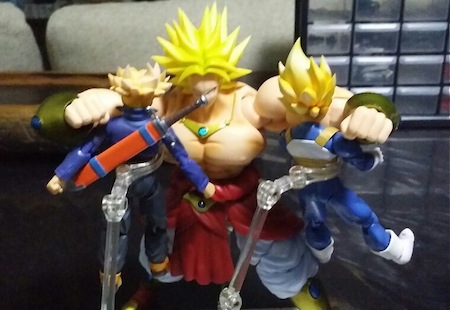 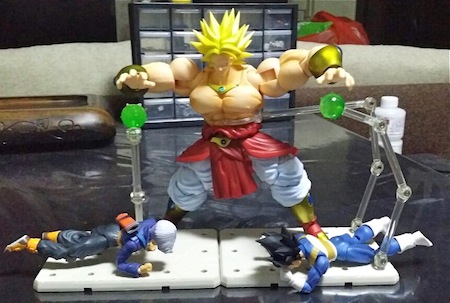 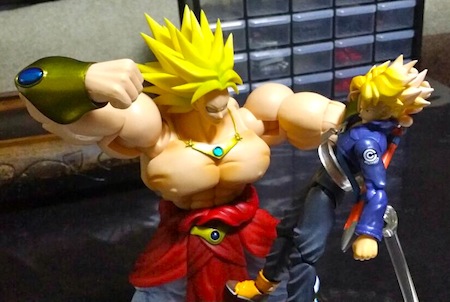 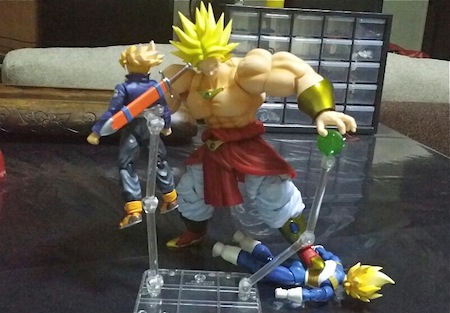 There's a post contributed by WX with his latest toy, S.H.Figuarts Broly! An awesome toy which I wished to have but somehow gave it a missed since I didn't start a new line of S.H.Figuarts on Dragonball Z, beside I'm fine to live with my previous Broly figures. Just newly released, WX can't wait to toy around with the Legendary Super Saiyan Broly that's by far the most nimble! The price of over hundred bucks didn't seems to hinder its high demand! Judging from my past experience, value of Broly figure usually appreciate with time and this definitely is no exception.

It's no surprise that S.H.Figuarts Broly was released as Tamashii Web Exclusive. Through standing approximately 7.5" Broly specifically towered other S.H.Figuarts Dragon Ball characters. Vegeta apparently became a hobbit facing the overwhelming power and muscular build of Legendary Super Saiyan Broly. Besides the great articulation, Bandai continues to improve on their muscle tone paint job and meticulous sculpting. With the help of display stand (included as shown in last pic) and additional facial expression parts including one maniacal smirking face and the other being a berserk-like scream, WX was able to create cool fighting scenes. Additional parts include three unique energy-sphere effect parts and interchangeable hand pieces.
at January 10, 2015

Roger that. Will update the review later. Thank you ^_^

Broly (also known here as Brolin) is an extremely conceited character in the Dragon Ball Series and he had a rather short life... i wish he could have more time on the screen, like Freezer or Cell, for instance... also i would like to see Broly fighting with Vegito or Gogeta, the only ultrafighter that wouldn’t need a genkidama to defeat this foe... =)

This is one of the strongest bad ass characters in Dragonball history..

>> Chrismandesign
I guess Broly's short airtime contributed to his popularity with DBZ just wanting to see more of him. I always hope those evil Saiyan would switch side to Vegeta. Wanted to see more surviving Saiyan around. Wishful.. Lol... Vegeta's younger brother is very cute too!

>> deSMOnd
True bro... And one of the coolest villains in Saiyan form...