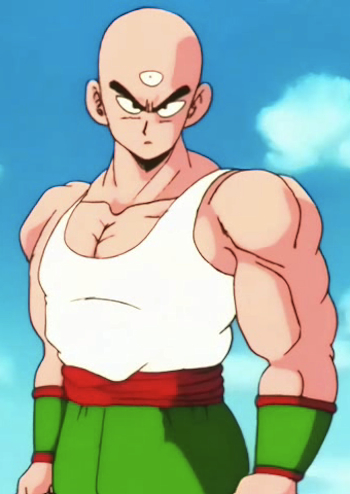 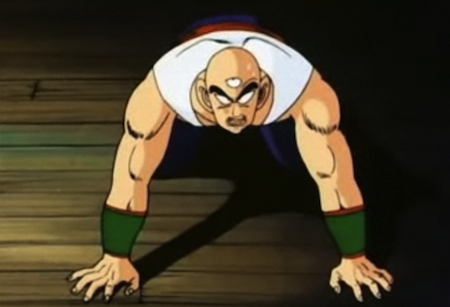 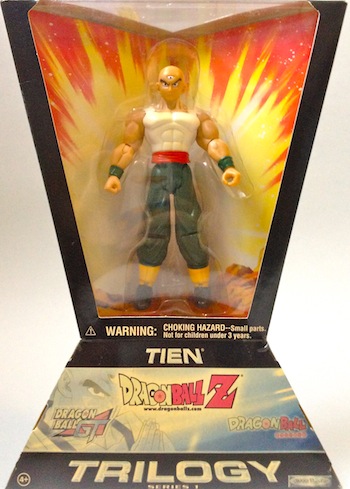 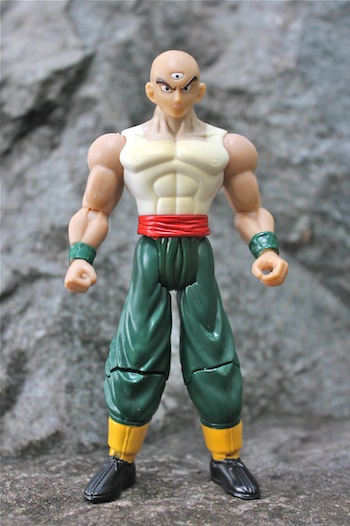 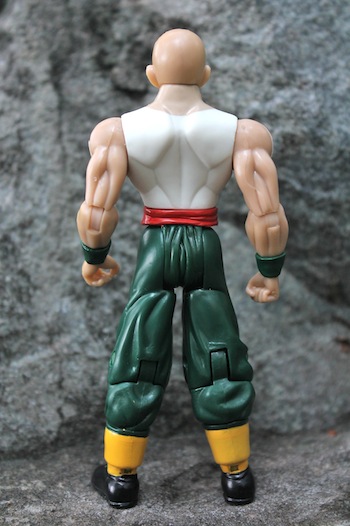 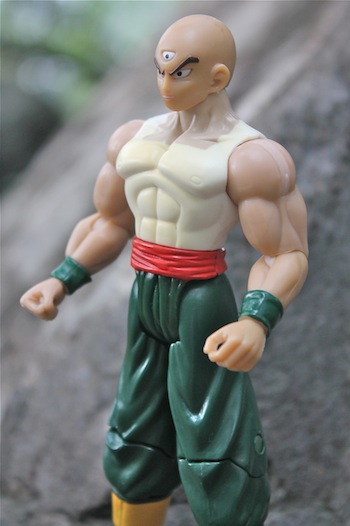 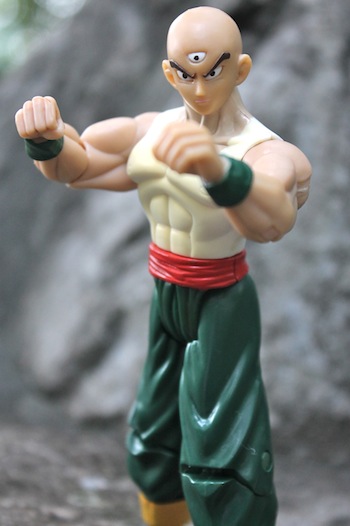 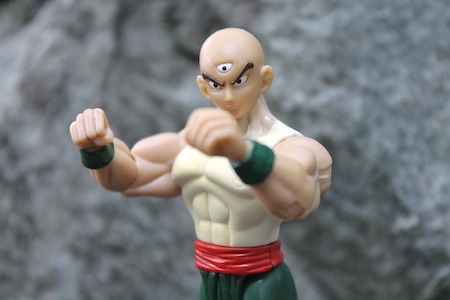 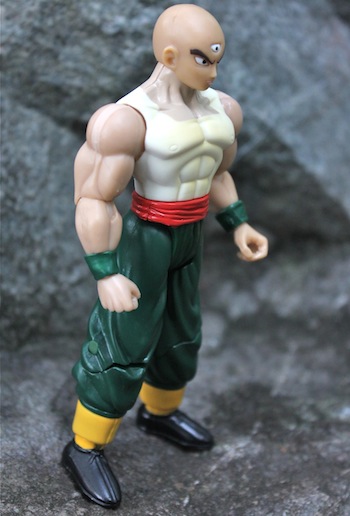 Trademark for his third eye and thick eyebrows, Tien Shinhan would be considered the strongest among the human race Z Fighter in the anime 'Dragonball Z. There isn't many figures produced on him hence he's pretty high in demand, trust me. Heeheee.... Apart of this made by Jakks Pacific under Z Trilogy series 1 the other that caught my attention would the HSCF series by Bandai. This however stands out for its articulation, mainly on the arms. The shoulders and elbows are ball joints and wrists can turned 360. Not so much articulation on the legs with thighs going forth and back. The kneel joints can bend slight and more rotation on the ankles.

The head sculpt is considerably good in my opinion, taking into considerable that the figure was released year 2005 and it resembles the Tien well in the anime with a more serious expression. The muscle sculpt is well defined and proportional, just that the colour tone differed at some areas. It's a pretty amazing figure, one of my most treasured and definitely quite hard to come by these days. My version is the one Tien has his white singlet put on and there is another version with his bare body. Mine kind of had yellowing on the white area. Maybe, I should spend a little time spraying the white portion.
at December 30, 2014

in my opinion, Tien Shinhan, like all the human-terrestrial fighters in the Dragon Ball Series, have a rather secondary role and that’s probably because the rest of alien fighters surpassed, by far, their skills in combat, making them somehow less relevant when it comes to "save the world" from the alien menaces...

as you said, this character hardly receives the love he could have in the toys’ market... maybe in the gashapon form, he has a few renditions, but as action figure you almost cannot find a sample like this you’re publishing... is a great vintage haul, pal !!!... =)

Is this new figure by Jakks Pacific?

This figure have quite a number of articulation like the knee but in your photo you didn't really do that. Is it because it cannot stand properly?

>> Chrismandesign
Very true that the other Z warriors besides the Saiyans became rather redundant as stronger aliens got introduced to the anime series. In terms of human race, Tien is considered the strongest with his finishing move deadly or at least played a critical role to stall time for the other. As for the figure, it think this is serious limited especially in Asia market which is the reason the value remains high. It's a pretty well sculpt figure for a vintage.

>> deSMOnd
It's quite an old figure by Jakks Pacific when they had the licensed to manufactured and distributed Dragonball Z merchandises for western market.

>> Leon
The figure stands sturdily on its own. The reason for less articulation of the legs is becos of the thigh joints. The figure could be more nimble if replaced with ball joints.