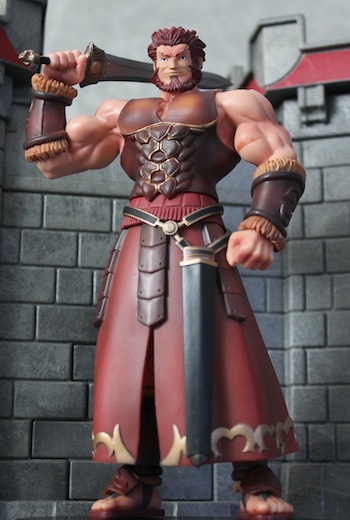 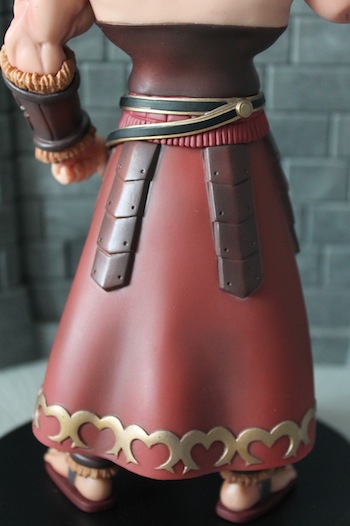 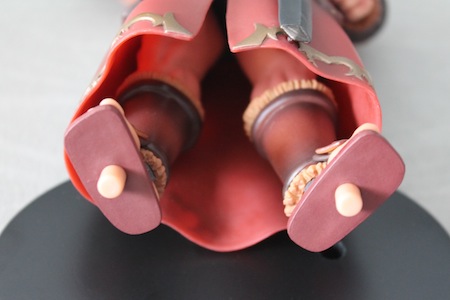 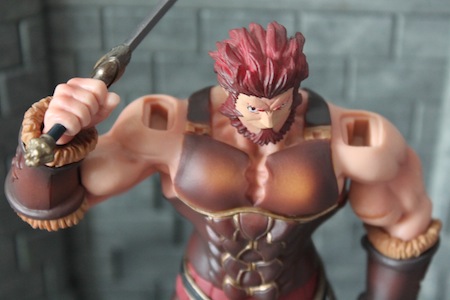 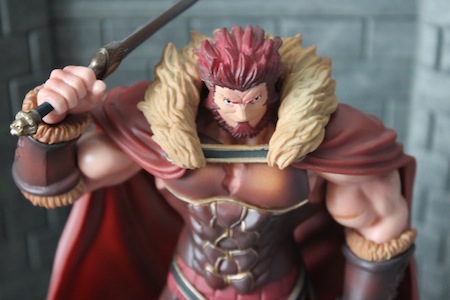 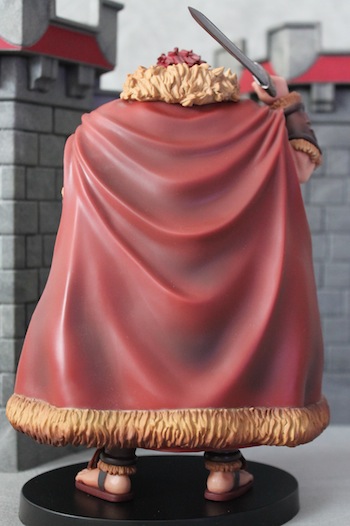 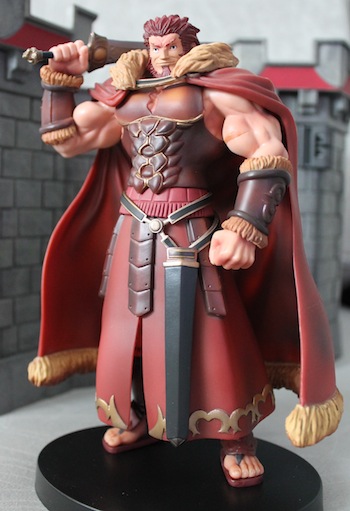 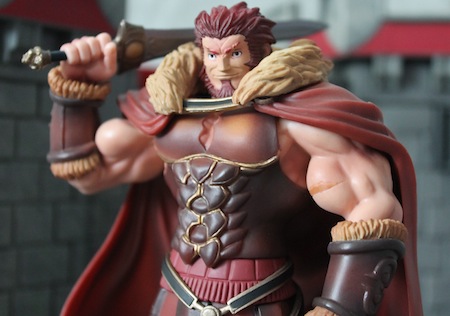 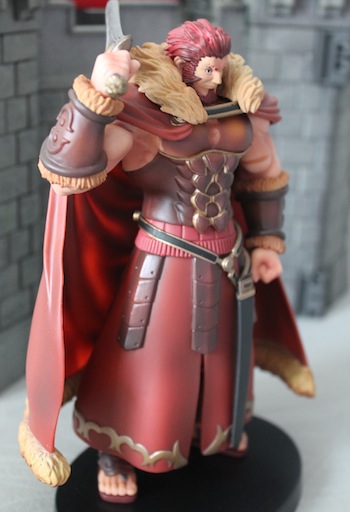 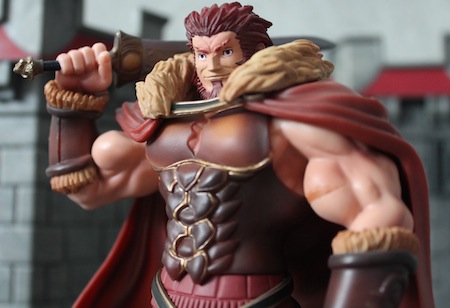 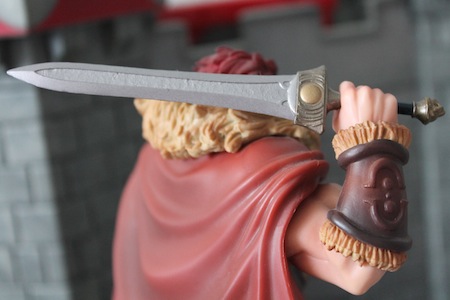 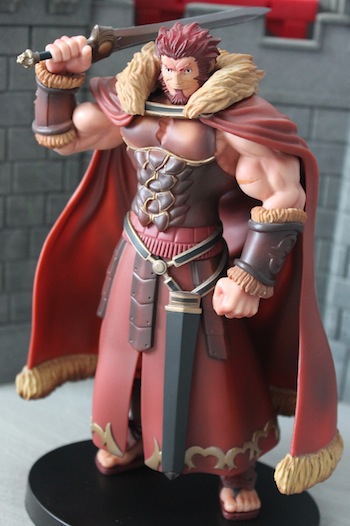 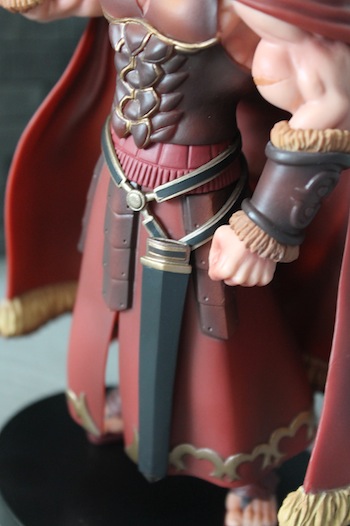 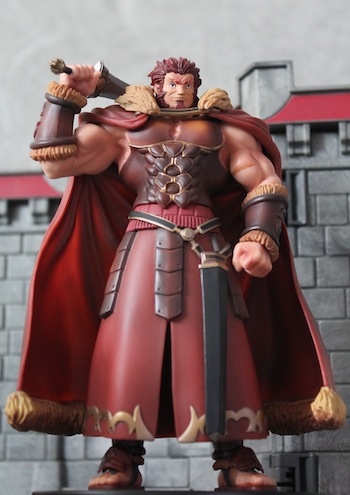 Both Fate/Zero and Fate/Stay Night were great anime which the steak of tragic had stirred up a lot of emotions in me. On the other hand, the anime had it gave hope bigger than life and self sacrifices for others for a better future. Could not help feeling a pinch of sadness at the end of both anime. Fate/Zero is the prequel produced after Fate/Stay Night focusing on the fourth Grail War.

Rider been summoned in Fate/Zero was identified as Alexander the Great aka Iskandar or pronounced as Al-Iskandar. He was also been acknowledged as the 'King of Conquerors' by his foes. His fictionised huge muscular physique and beardy facial in the anime had been a big contrast to the appearance in historical record. This Greece king from the past was among the strongest servant with his powerful ultimate Noble Phantasm move, Ionioi Hetairoi: Army of the King, of enveloping his foes into a dimensional sphere where his opponent had to face the entire army of heroic spirits of his past followers.

With some luck, I had managed to get this last piece of figure on display @ Seimon-Cho, located at Plaza Singapora #03-03. This 7" figure of Fate/Zero Rider was produced under the licensed of Banpresto and in Japan, it was a toy to be won from UFO machine catch. It's how 'Crane King' comes about I guess. This fixed posed figure has an excellent facial sculpt of Rider's sternly chiseled features. The figure however wasn't able to balance itself and had to rely on the stand.

Due to the massive body frame of Rider, it weighed heavier with the extra amount of PVC used, in a way more challenging to crane catchers. The figure came in several parts compacted in the box however the assembling would be a blink of the eye. Rider's red cape was one of the parts so it's optional to put in on. However without the cape, there would obvious depressions on the shoulders. Great muscle sculpt and skin tone with details of Rider's scar on left bicep.

The bronze armor and leather worn were nicely painted as well. Maybe a bit more weathering on cuffs and greaves with fringes on the forearm would be realistic. Last but not least, it has a majestic pose of Rider holding his Spartan looking sword of Kupriotes. Glory lies beyond the horizon...
at June 03, 2014

Dennis, don't you think the sword is a bit too small for him?

too bad this big and tough guy had a sad ending ;(... as always, Banpresto offers a great sculpt and paint job for a reasonable price, the rendition here is very faithful and imposing !!!... by the way, being a greek warrior, a short sword is an accurate choice since it was the signature weapon in the old Greece... it allows a faster lethal attack, sometimes a pair of short swords could be more effective than a combination of long sword and shield for an experienced fighter, it works pretty fine for melee attack both in single combat and in battle... =)

>> deSMOnd
The sword may appear short for Rider's massive body. However, for a typical Greek sword, it is supposedly pretty short.

>> Chrismandesign
Yeah, the recent Banpresto figure had caught my attention and I especially like those crane king prize. Certainly reasonable prize for a character figure from anime which I watched and like.

This big dude sure is a likeable character, towards the end, his summoner released him from all the command and even become his follower. Becos of all the noble acts rider's master was spared from being killed.