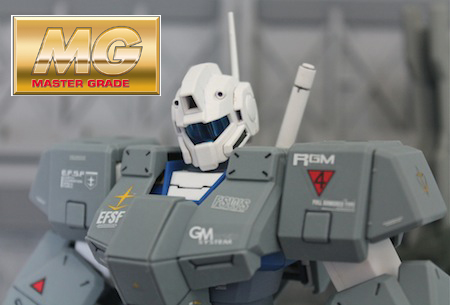 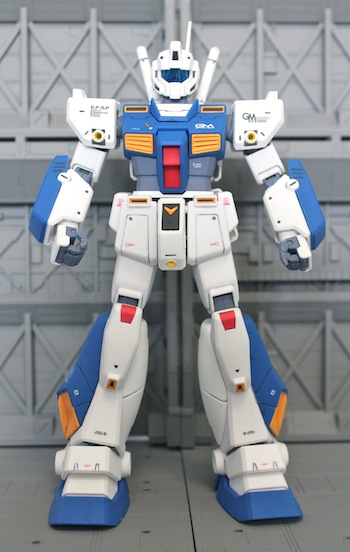 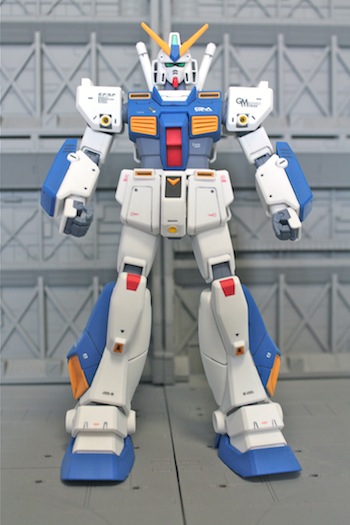 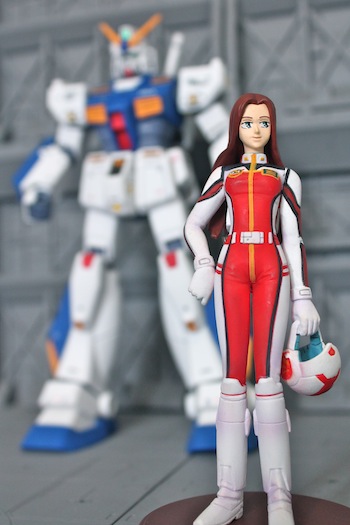 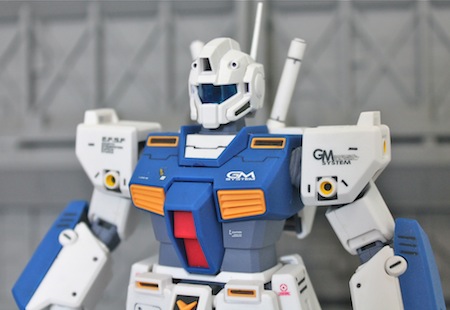 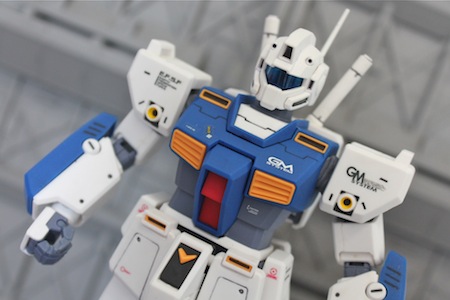 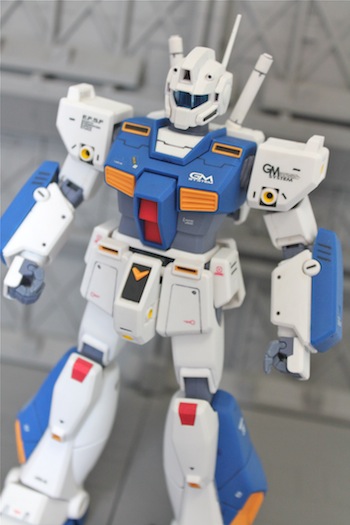 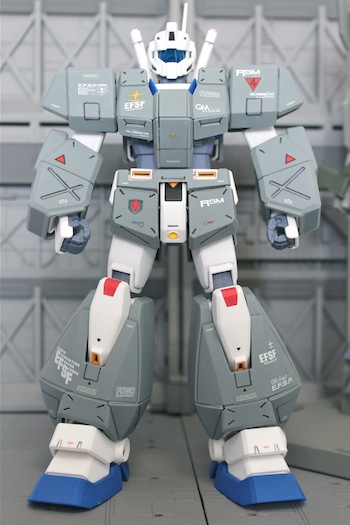 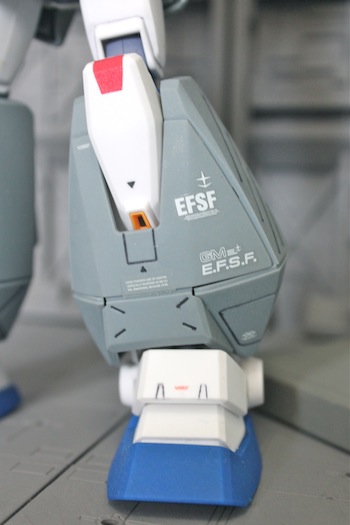 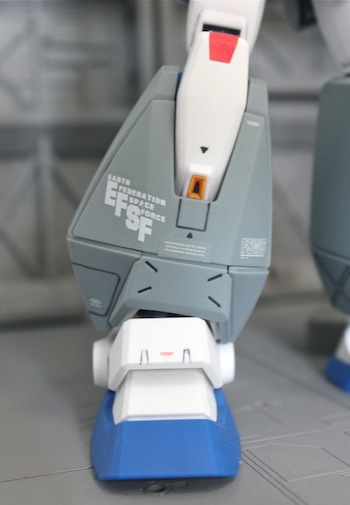 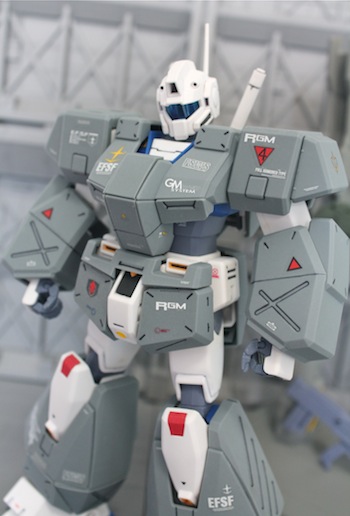 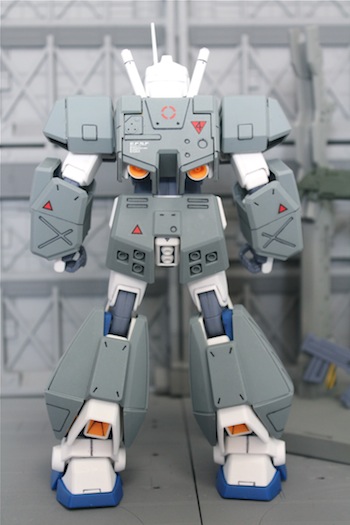 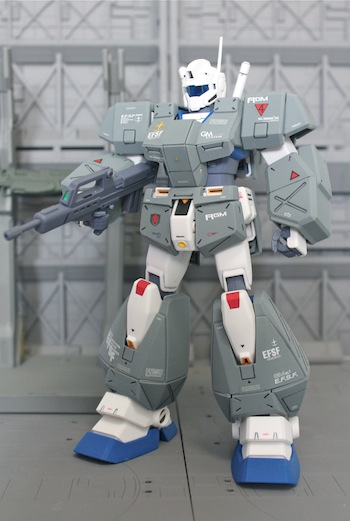 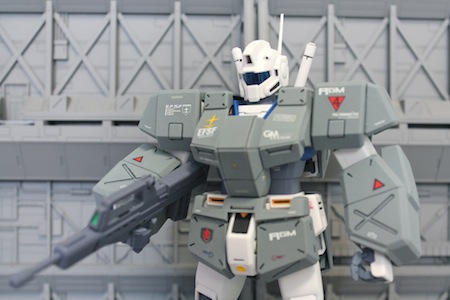 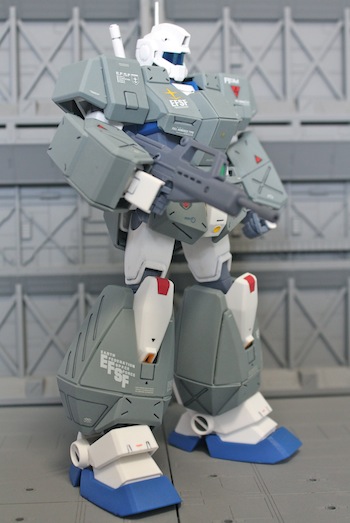 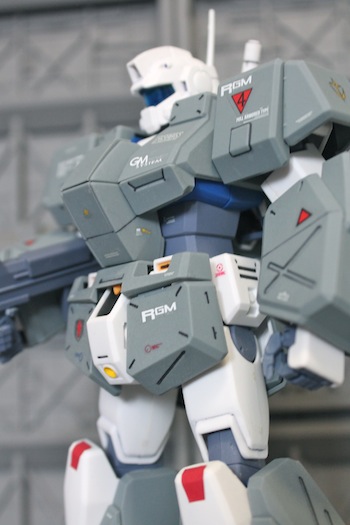 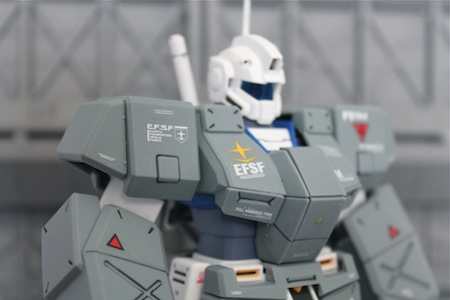 In the world of Gundam and by U.C 0080, E.F.S.F had a handful of experienced MS pilot still fresh after the OYW. Still the Federation preferred using new pilot of new-type ability over veteran who had gotten too used piloting GM and hard to kick off those grunt habit. But if given more resources, more FA GM like my customed built such be made.

If Gundam has it Full Armour (FA) version, I think GM deserved its own too. To think that it wasn't too difficult on this. All I need to give FA (Full Armour) Gundam NT-1 Alex new set of GM related decals and a head change. I had decided on using a GM Type-C as it's more dimensional and it goes well with bulky body frame like my mod MG Powered GM. I had sprayed the GM head white and used transparent blue marker on the visor. Now, I have a GM with steel plates that looks like panzer tank. One that is equally as  bulky as MG Powered GM. Just that it would be a bit awkward to place Club-B Christina Mackenzie 3.5" trading figure beside it.
at May 29, 2014

in the army, both in the real one as in the fictional, you don’t expect to see the rookies using the heaviest or most sophisticated armament/armors, just because that concerns to the experienced officers... only if you’re aware that part of this modification represents a grunt unit, you will say: "hey !!! something is wrong here !!!"... otherwise, you will say: "actually it looks great !!!"... i cannot avoid to compare it with a HALO officer... =)

In the world of Gundam and by U.C 0080, E.F.S.F had a handful of experienced MS pilot still fresh from the OYW. Still the Federation preferred using new pilot of new-type ability over veteran who had gotto too used piloting GM and hard to kick off the grunt habit... But if given more resources, more FA GM like my customed built such be made.. Lol..

The figure looks a bit weird with add on armours..Haha!!

Man! I always thought GM would look fantastic in those armour. Now I'm heart broken : ) Where are all my GM peeps?!