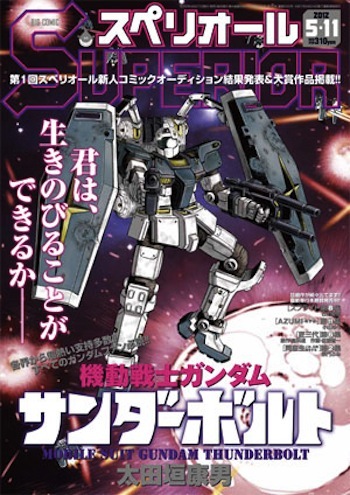 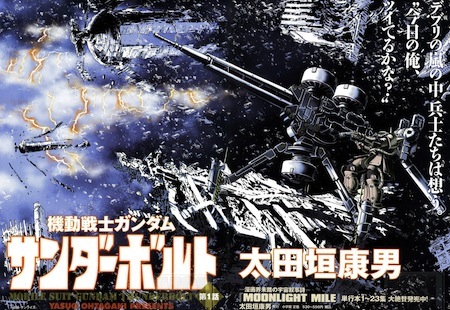 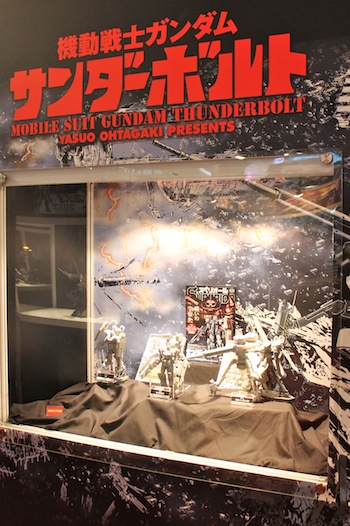 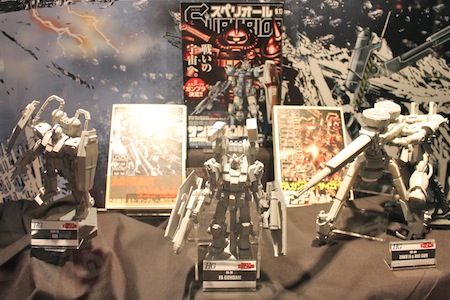 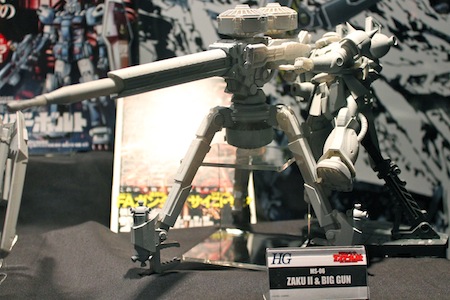 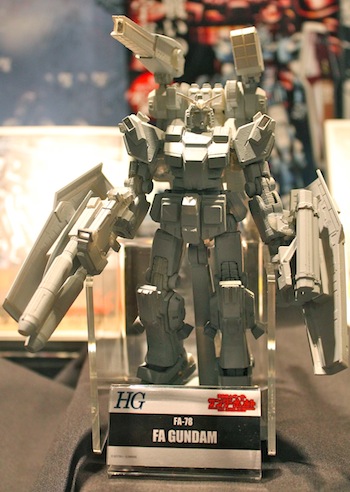 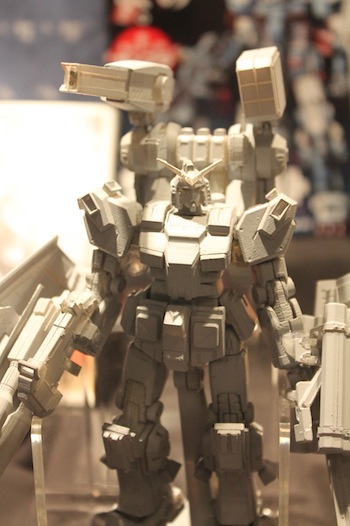 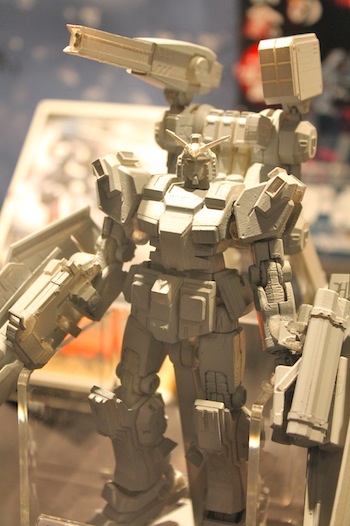 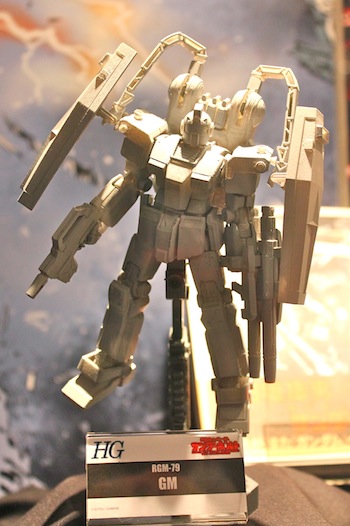 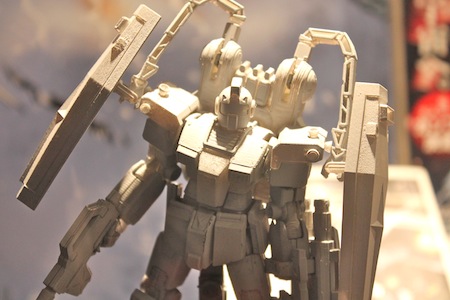 Here's last post on Gundam Expo Singapore 2013. I paid more attention to this particular booth as I'm more of a fan to U.C timeline and side stories like Mobile Suit Gundam Thunderbolt caught my interest. Most importantly, it has got cool liking GM. Set in space, the zero gravity allows oversized backpack on the mobile suit with many add-on shields and armament. I guess the prototype suggested that these kits might have a chance to go mass production and I doubt they would catered to MG collectors like me : (

Story (Taken from Gundam Wiki)
Universal Century 0079. Federation troops and Zeon forces carry out a fierce battle in the "Thunderbolt Sector" in Side 4 "Mua". The "Thunderbolt Sector" is a shoal zone composed of the debris of destroyed space colonies, named for the electrical discharges from the metal debris. MS pilot Io Flemming is among the Federation soldiers who are dispatched to the area, where Zeon sniper Daryl Lorenz awaits them on the battlefield.
at October 08, 2013

there must be a lot of side stories in the UC line and the whole Gundam portfolio looks kinda fat with the inclusion of the recent releases... i’m still trying to be up to date, watching the series from the beginning... =O

Oh yes, UC timeline provided to good setting for side stories n IMHO, the early part of UC. It's very nice till the Unicorn Gundam. I'm much of fan to ZZ n Victory Gundam.