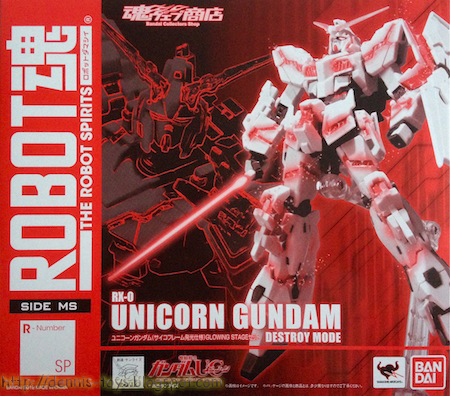 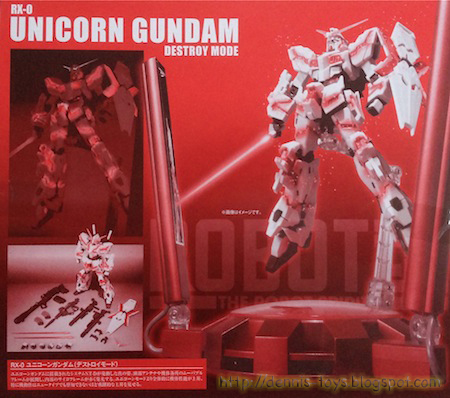 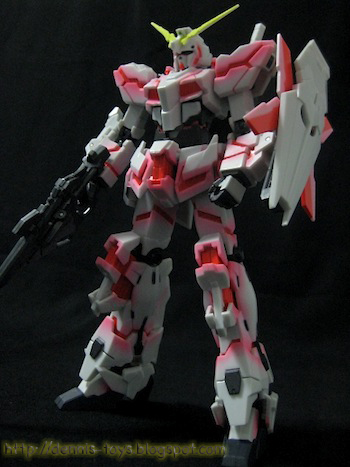 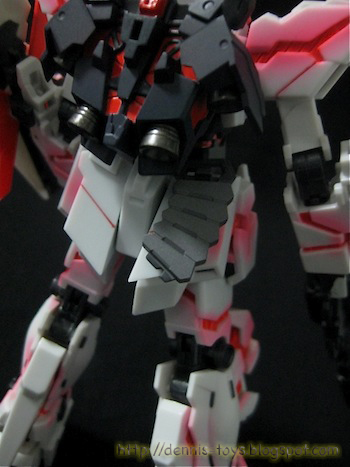 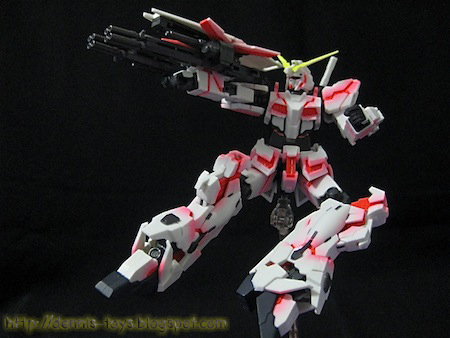 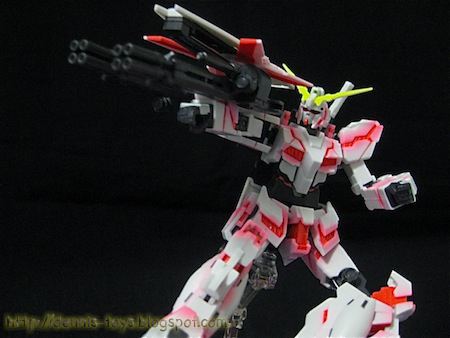 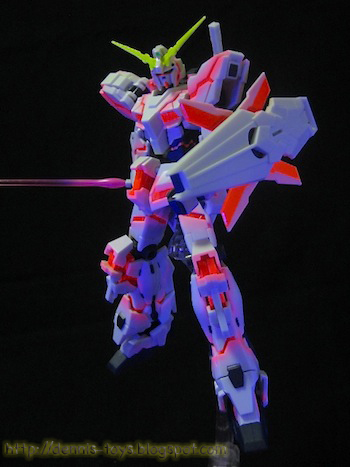 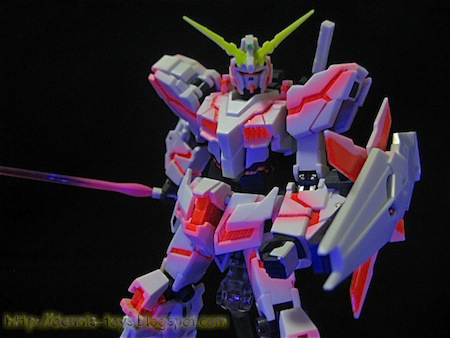 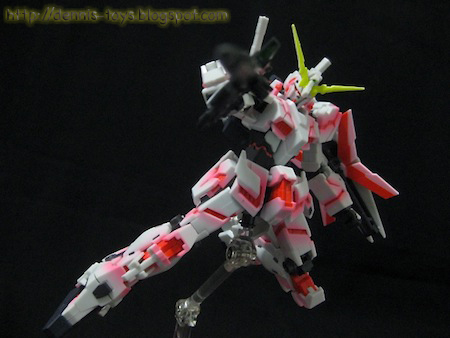 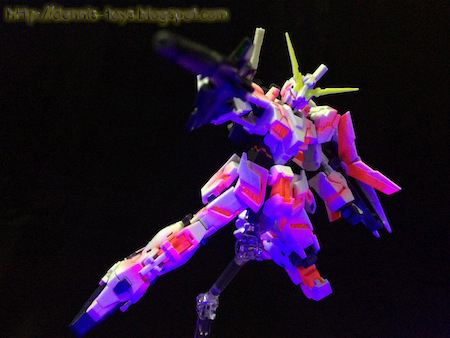 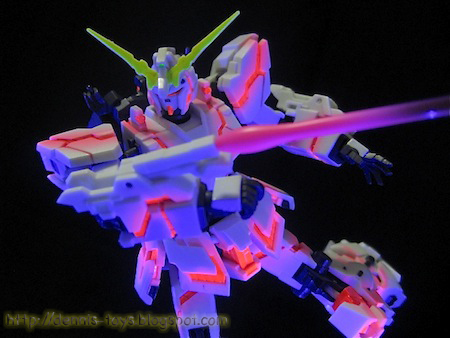 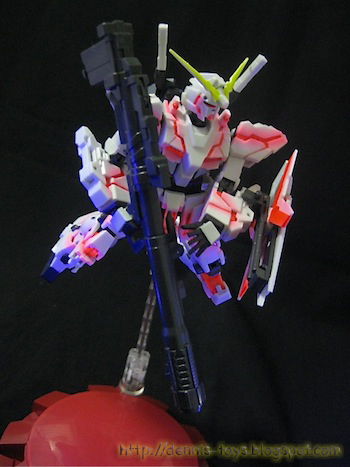 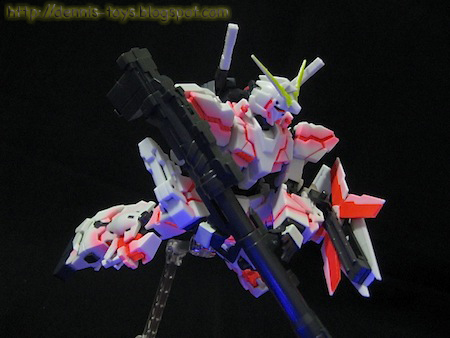 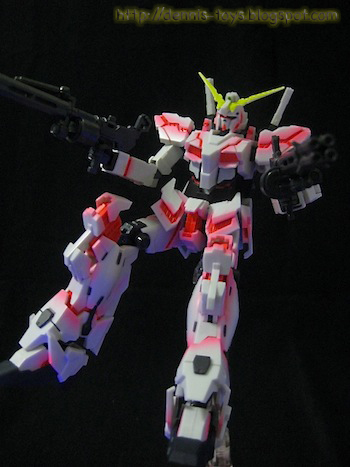 Box artwork of Robot Damashii Unicorn Gundam Psycho Frame Glowing Set
The circular base has multiple power points and all you need is to plug in the two UV lamps anywhere around the perimeter. It's the same for the transparent stand which uses the same socket.


Life is like a box of chocolate, you never know what you are going to get. First, I befriended Stanley after buying and butter trading Gundam stuffs with him, next with other like-minded Gundam hobbyists, we had found ourselves to be in BPGC (Bukit Panjang Gundam Club). Just a talk group on wat apps to share tips and informations related to Gundam. Even non-resident of Bukit Panjang like, Arvin, was also roped in as advisor. Hee! Hee!

Stanley is especially enthusiastic about the club matter and it's really kind of him to bring his toy over to my place, so I could do this exciting review. Here is Stanley's very own Robot Tamashii online shop, Unicorn Gundam (Destroy mode), psycho frame light emitting specification under the setup of special stand with UV lamps that brought out the gorgeous cosmic effect of the toy.

Big 'B' had thrown in a lot of accessories that consumers would be spoilt for choice and having to spend more time manning with the range of weapons from beam rifle, bazooka, shield, beam saber attachable to forearms, gattling guns and rifle magazine attachable to rear skirting. The figure is well-articulated and easy to handle without falling parts when posing.

It's my first experience dealing with Ultra Violet (UV) lighting set-up and indeed an amazing one. The circular base has multiple power points so all you need is simply plugging in the two UV lamps anywhere around the perimeter. It's the same for the transparent stand which uses the same socket. Incredibly simple set-up!
at October 11, 2012

Great innovation by Bandai. Maybe it will be in master grade or a seperate System Accesories someday!

You are so right bro! Its like another huge step beyond LED. The UV lights seems to be working well on pearl coated paint. Maybe it will work well on a MG pearl coated and spraying overcoat with UV effect.

There are many different grading upon collecting Gundam models. There is a total of four basis grading, which are Super Deformed or often known as SD, HG, MG and finally PG. These grading could be known as different level of difficulty when it comes to assembling the model.

Thank you for visiting and wow the links too!

I should be the one to thank you for entrusting me with the toy. Very nice of you to also introduce me to your circle of Gundam friends and poisoning me even more. Lolz.

Nice set up for UV and it brings out the awesomeness of the attack mode!!

It's a new concept that Bandai adopt and good use of technology complimenting the toy. Good strategy I think.