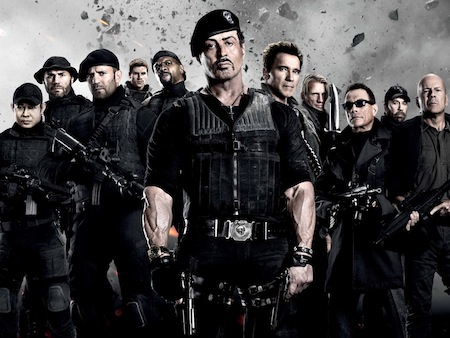 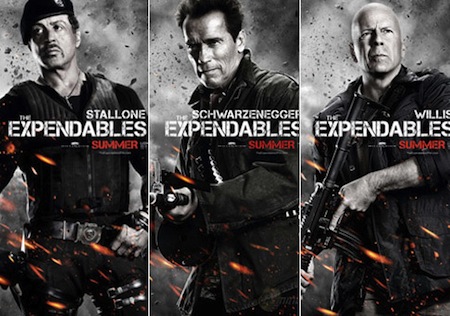 Just watched 'The Expendables 2' and I could die laughing from those dialogues. Some friends of mine called the casts, 'Expired Action Movie Stars' but I regard them as 'Action Movie All-Stars' or 'Action Stars Hall of Famers'. Frankly, we should look back at their successes and those marvelous characters  portrayed that forever remain immortals in our hearts, especially to those who lived through the 80s or 70s. Yes! I meant you Chuck Norris aka 'Lone Wolf'.

Bruce Willis is hard to die as usual with the attitude and Arnold, you had been back enough, perhaps not enough. Lolz... When I first got to know that JCVD was training to get in shape for this movie, I immediately found back those long lost fond memories and even though I know you gotten get your ass kicked by Stallone. Thank you for those awesome kicks again JCVD! It's a fight that we never had dreamt of and you guys finally brought it to us! Next time, remember the name of the kid (Billy) you killed.

Hey Jet Li! I bet you didn't receive enough paycheck to continue fighting all the way to the end. Dolph Lungren, you had aged gracefully and thanx for those comic relieves which I don't see in your movies in the past. Jason Statham, you are still like a transporter who find the job shitty, but you fought good! I had seen a lot of CGI in recently action movies but still missed those real explosion scenes in 'The Expendables 2 '. My condolences and respect to the stuntman who sacrificed his life for the movie.
at August 20, 2012

I picked up the first on on blu-ray and will probably do the same with this one.

This second Expendables has a slightly different style and seemed more humorous. So you are collecting the movies. Cool!

i think this movie pays the ticket... i mean you have a deluxe action stars pack (older and everything else, but who cares ???), real action sequences (like in the old good times), a touch of humor (black) and nonsense violence... what else you could want ??? LOL XD

This is an enjoyable film to me..stallone still as tough ss the first instalment.jet li still can fight.jason is awesome playing his blades..arnold looks old and just hold his big gun same as bruce.dissappointed for the villain tis time round. Van damme role was weak and he just showed his signature kicks twice..not much action..the rookies were just out for arnold,bruce and norris to kill..anyway i will buy the dvd code 1 since i got the first instalment dvd.

>> chrismandesign
So true that having to see all these heavy weight casts is worth more than the price of the ticket. Nice movie from action to humour.

>> deSMOnd
I kind of agreed that there should be a longer and intense last fight. Well, it's Stallone that calls the shot. Bruce and Arnold are still the guest stars but at least more action from them this time round. The part when Arnold was unmasked and he said "That's embarassing!" really is epic. Lolz.... I know you gotten get the DVD beside watching the movie.