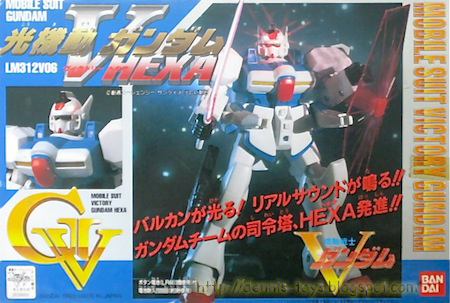 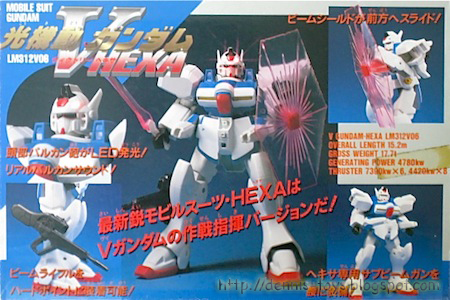 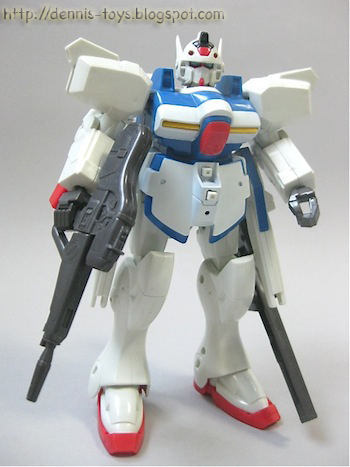 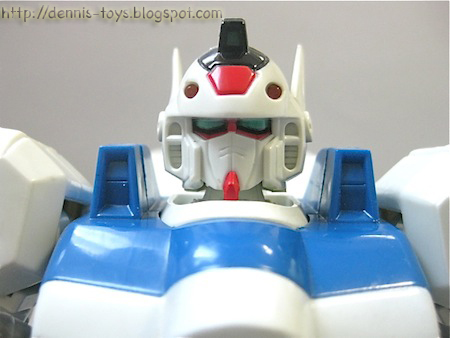 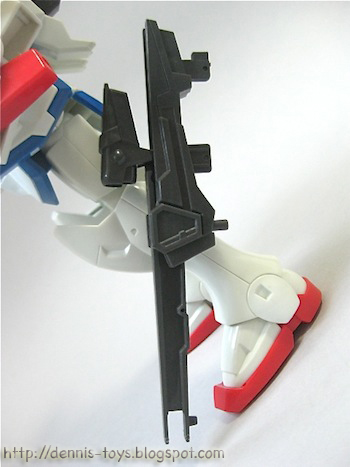 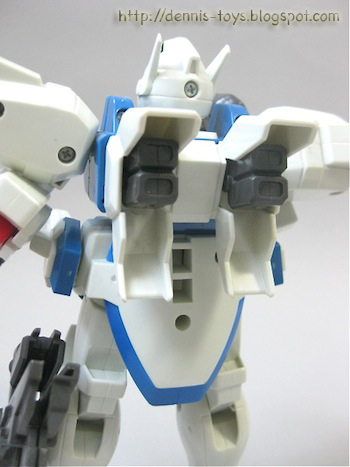 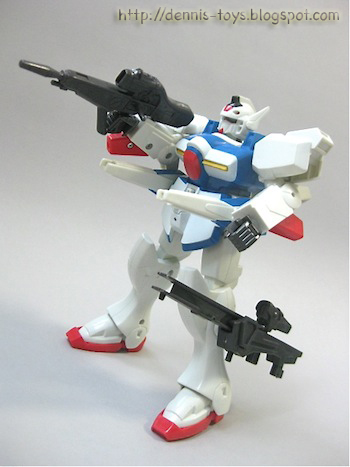 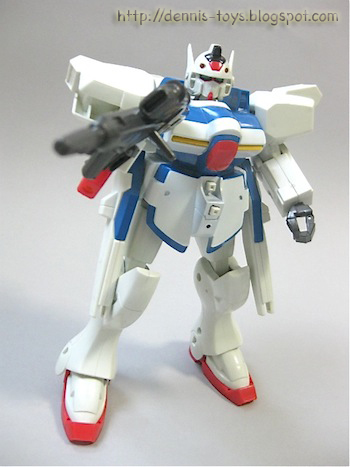 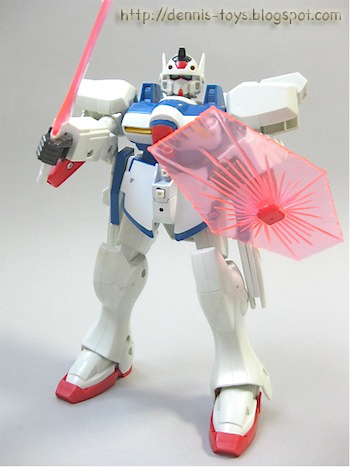 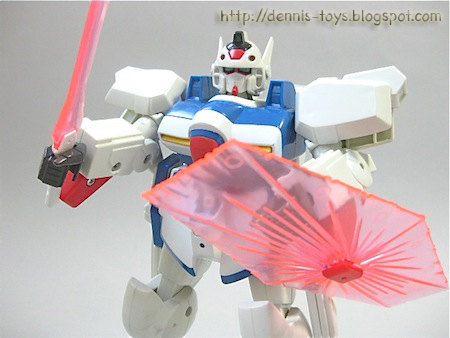 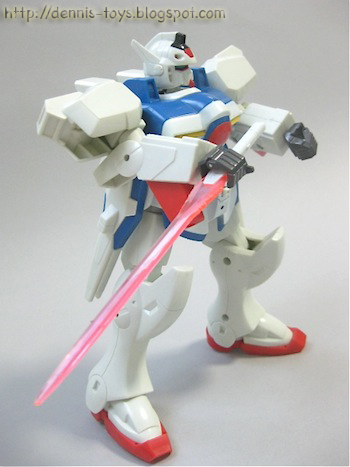 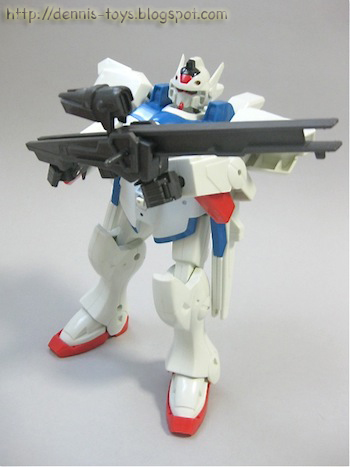 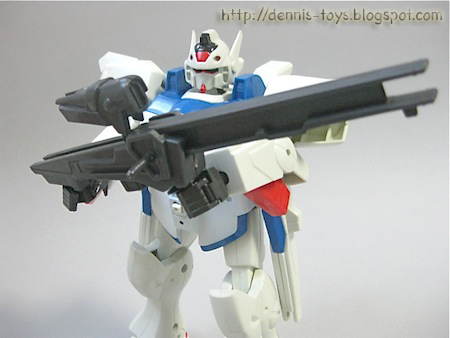 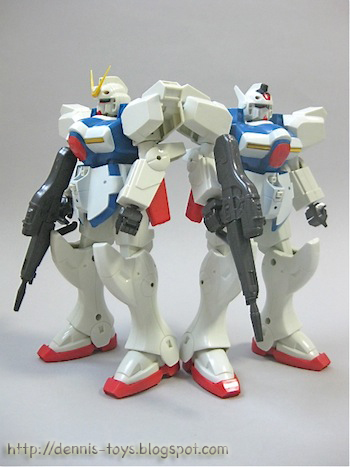 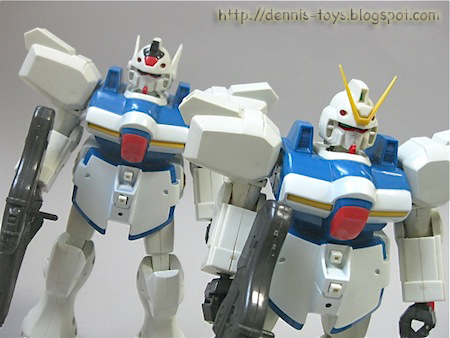 Unlike the V-Dash Gundam, Hexa is inferior in firepower without the powered shoulder vulcans. However Hexa had been compensated with a pair of side vulcans attached to both side of the hips. Other accessories included beam shield, beam saber, beam rifle and mega beam rifle. The length of the mega beam rifle is extendable and alike the beam rifle, it can be holstered on Gundam’s legs.

This 1/72 scale Victory Gundam Hexa was produced by Bandai in 1993 (The same year when the anime was introduced). The packaging is toy on Styrofoam insert in cardboard box. This vintage Gundam stands about 20cm (8 inches), almost the size of a typical Master Grade 1/100 scale kit. Taking into consideration that Victory Gundam is a smaller mobile suit.

It has battery-operated function such as the head vulcans could emit lights and produced rapid firing sound upon a button being pushed. Probably because of incorporating the electronic features and durability of a toy the overall outlook of 1/72 Victory Gundam Hexa appeared rather chunky with exposed screws.
at August 22, 2012

this old fatty looks very funny and even belonging to a recent Gundam series has many of the classic Gundam features and style (the chest is very similar to the Strike Freedom’s and some of the Seed Destiny MSs)... some things have changed as time goes by and this guy looks rather simple but i cannot afford to say that the recent Gundam figures (more detailed and everything else) can last this long... =)

Rather cute looking I supposed. Ha! Ha! Gundam from the past were indeed a lot more simple and like us getting more complex as time passes. I guess there's pros and cons compares these toys. Blocky durable vs detailed articulation. You just hate and love them...

I prefer the one with v fin in the head.

Understandable bro cos the V-Fin has been a long signature of Gundam. There's why Big B had thrown in a lot of Gundams in one single anime nowadays to sell more kits. Lolz

Reminds me of the MS in Pocket series but with lights - that cool.