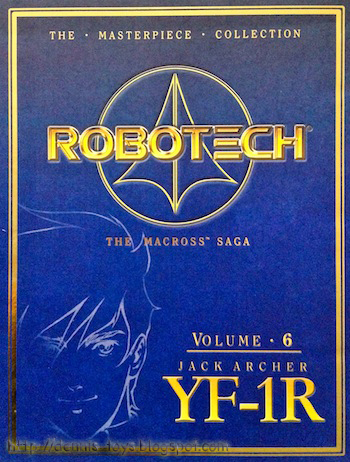 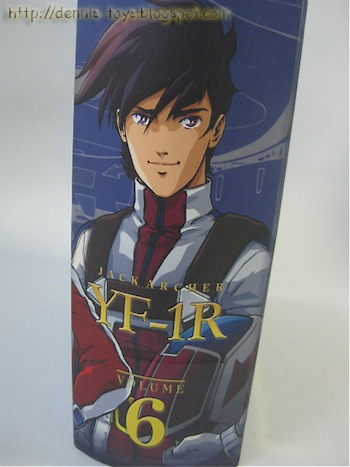 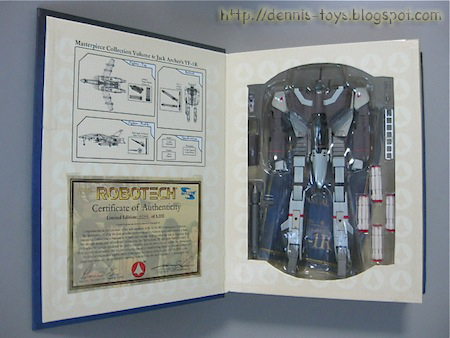 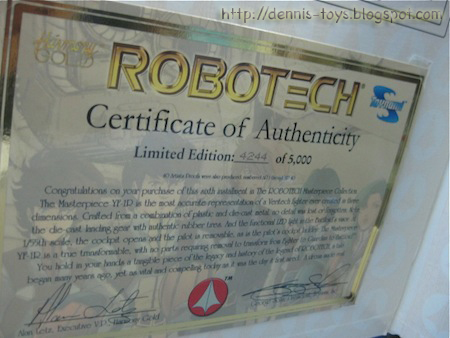 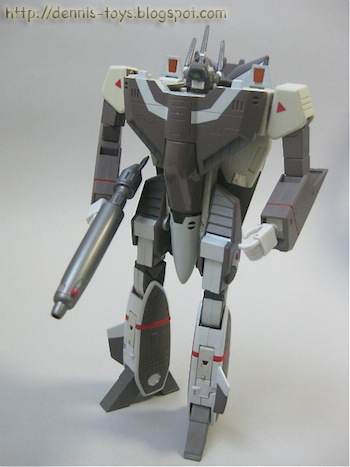 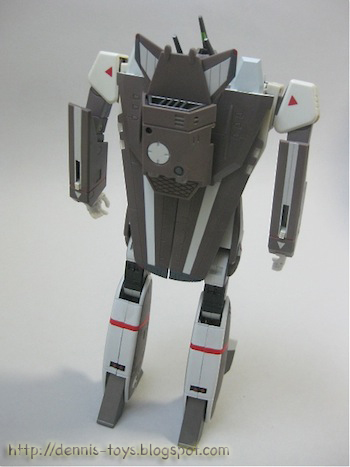 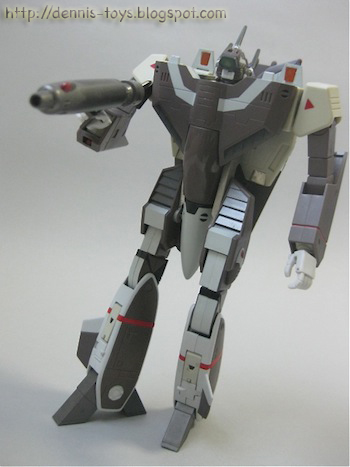 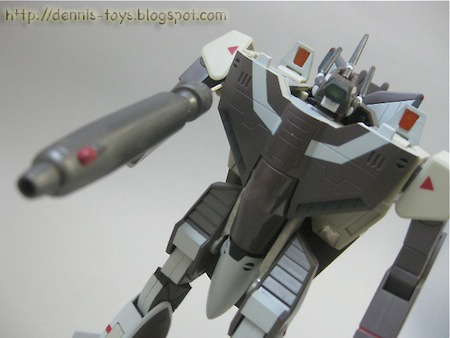 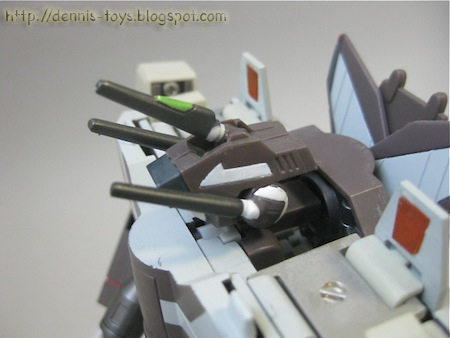 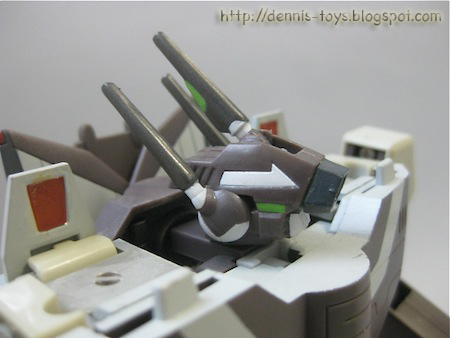 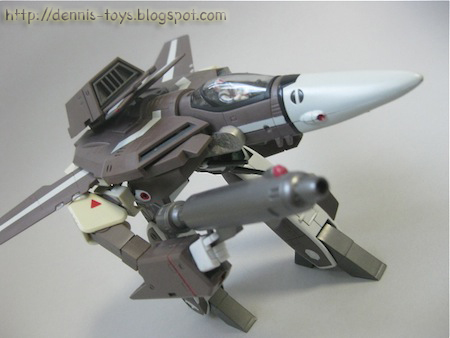 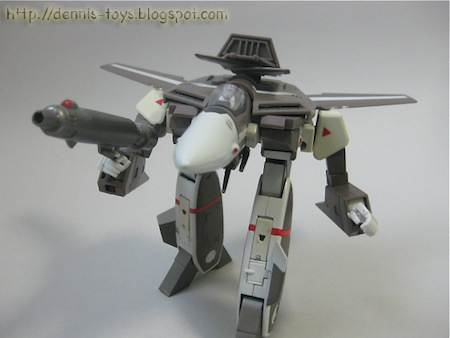 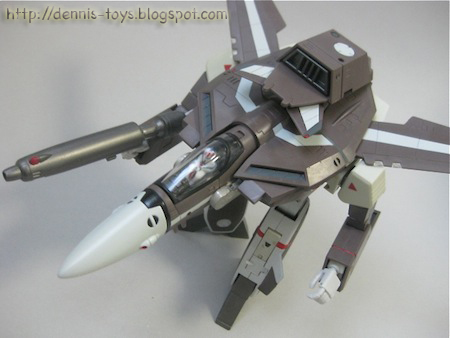 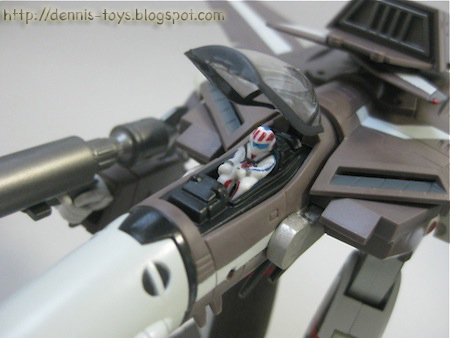 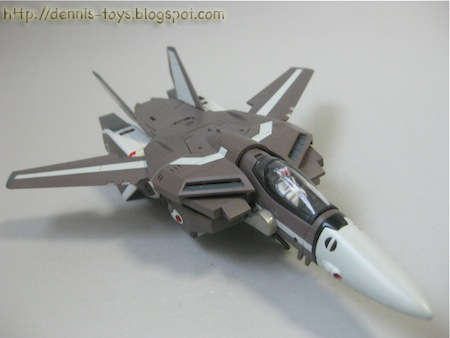 For bad or good, we have come to the last and most hardest to attain Robotech Masterpiece, from the Macross Saga timeline. Produced in half the usual number is volume 6 Robotech Masterpiece (only 5000 limited pieces), YF-1R, which only featured in Robotech game titled 'Battlecry', with the assigned pilot, Jack Archer as Wolf Squad Leader. YF-1R adopted the design of VF-1 Valkyrie with a different  head sculpt. It has a hexagon visor and three antennas. Given a colour scheme of mainly dark brown that suited the Valkyrie well. Nevertheless, good effort by Toynami for this unique variant.

Toynami has made the toy look good in the book-cover packaging and on the shelf with this accurate fully functional and transformable toy since technology has advance since Matchbox’s day. In a way provide fans of Robotech/Macross especially the western continents more options of transformable veritech/valkyrie. One special feature of the Toynami Masterpiece that give an edge over other Macross toy-makers is the LED light in the eye visor incorporated to bring the robot to life just a bit more. The switch and battery compartment were cleverly designed to fit between the head and landing gear.

A plastic barrier was placed in the ring surrounding the neck, so as to prevent the head from twisting around past 180 degrees, and possibly causing a disruption in the LED wire. A swiveling joint was incorporated into the legs of the Veritech at the thigh. The thigh joint makes for a dynamic pose in Guardian mode. The nose of the Veritech Fighter was lengthen slightly compared to the Chunky Monkey. With the extended nose, the detail in the cockpit was increased and enabling openable canopy. Well, as for the pilot in the cockpit, Jack Archer worn the same pilot suit like Rick Hunter.
at August 03, 2012

for a mercenary pilot, this Verytech looks very "corporative" with a somewhat sober color scheme... the details and features are awesome as the rest of the series, plus the limited edition makes it an instant classic !!!... i guess is not in your hands anymore and it flew to other skies... you have had great pieces in your collection !!! salute pal =)

I really liked this series of Robotech Masterpieces and need to see if I can slooooowwwwwly get my hands on some of them.

I think they will go well with my Jetfire as the construction is so similar.

I almost mistaken him as rick hunter. LOL

>> chrismandesign
You know me well pal that I had given up on this line after having displayed them for them. It's true that the colour is kind of toned down, just differential itself slightly from typical grunt.

>> bluedrakon
Masterpiece will be a sleek version to your Jetfire that takes the mould of vintage 1/55 chunky monkey. That will blend better and cheaper if you go for the reissued version.

>> LEon
Must be the same type of pilot suit they wear and or probably, Toynami and creator of Robotech 'Battlecry' is too lazy to make changes to the suit worn by Jack. Lolz

I have this exact set in great/mint condition for sale if anyone is interested in purchasing it. If so you can email me at MissxxxAshley (at) Gmail (.) com with the subject line: Interested in buying your ROBOTECH Collectable. Price is up for negotiations and I can provide pictures upon request. Also I am located in San Diego, CA