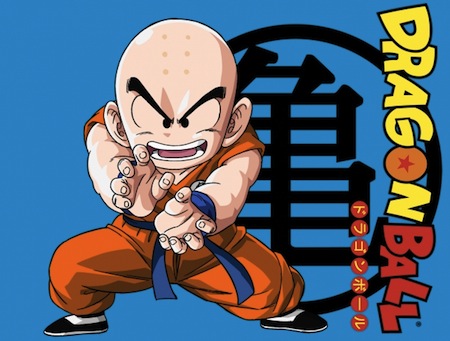 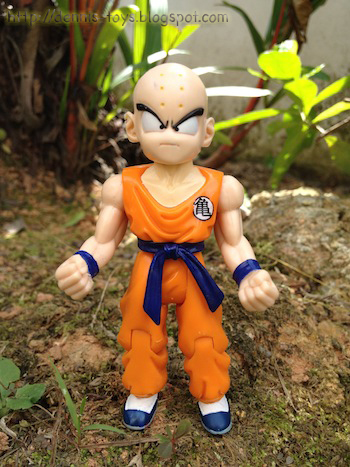 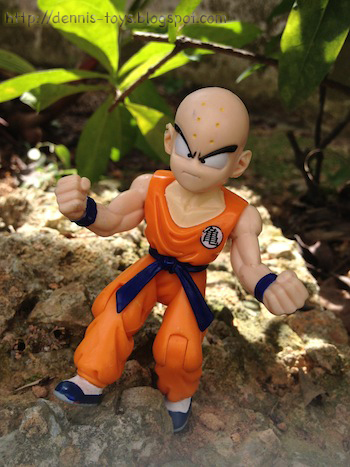 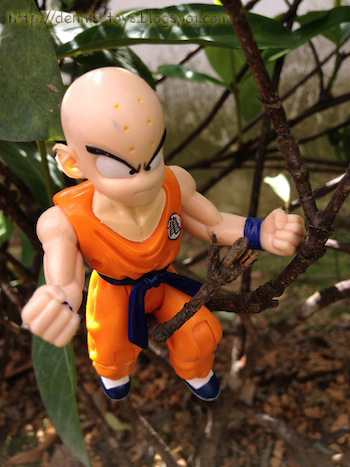 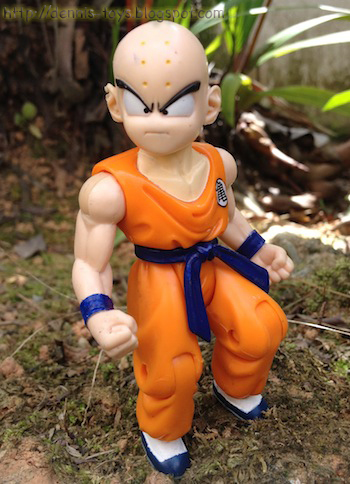 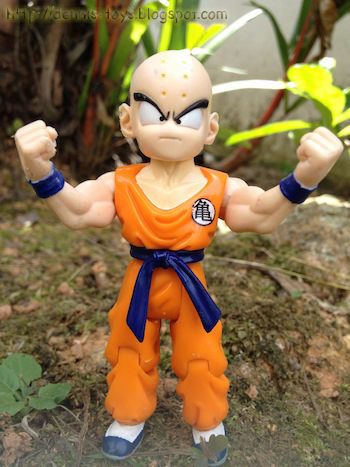 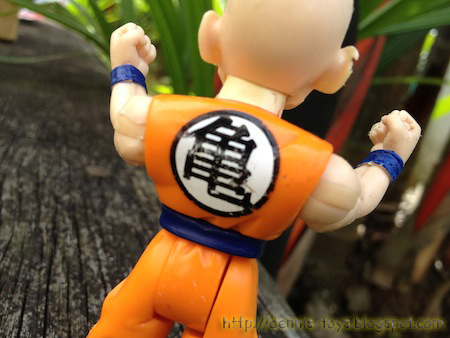 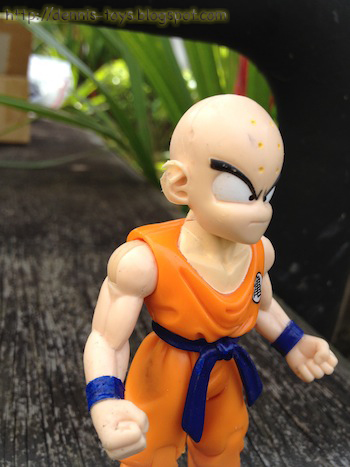 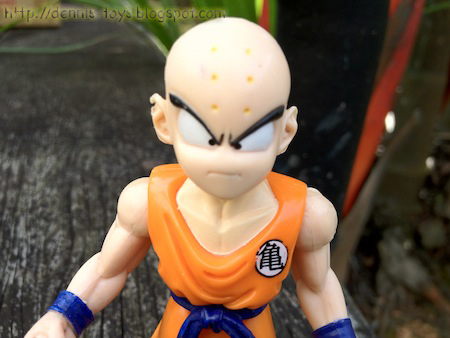 With toy budget cut recently, the trend is to go for cheaper toy and in a way I could buy more often hence providing me constant pleasures of buying toys. Hee! Hee! Just a simple insert post with this almost 4" action figure of Krillin from Dragonball Z , in Master Roshi training attire.

It's produced by Irwin and abundant in western continent but not Asia. Irwin Toy started off releasing Dragonball Z action figures, based on the hit manga and anime series created by Akira Toriyama, by repackaging Bandai DBZ figure whereby those previous releases had no articulation at all beneath the waist.

In the later years, Irwin started sculpting their own DBZ action figures, featuring both hip and knee articulation, on top of neck and ball-jointed shoulders. Not only is Irwin producing some characters from the series who have never had an action figure before, but they've upped the quality of the sculpts and articulation as well.

Leon 'Open The Toy' had recently recommended Bandai's HSCF Krillin non-posable figure to me. With the use of latest technology, HSCF series are awesome. Then again, I'm pretty contented having this action figure of Krillin which cost me only S$3/-, bought from CSC flea market. Not in perfect condition as you can see paints chipped on the insignia, mild stains on the face and a small part of right ear torn off. In my opinion, it's still a great figure that come articulated with tight joints. Fairly close to how Krillin appears in the anime during Saiyan invasion saga.
at August 06, 2012

It's like a double edged sword that cuts both ways. High quality meant high price to pay. It's only going to be more difficult with inflation and commitment on other expenses.

i used to complain about my restricted budget for almost everything, specially when it comes to my hobby... but i began to understand, slowly, that i should enjoy more and spend less... is a hard learning i must say (LOL) but is a great treatment for the "shopaholicism" (anxiety to buy toys HAHAHAHAHA)... i wouldn’t consider this as a filler post, since the figure is really nice (with the exceptions you mentioned), even the design and sculpt is exclusive (i have not seen this style in Krillin)... =)

I guess it's high time to exercise some self-control to resist my temptation and understand what I really need and want. Your comment is certainly enlightening and many thanx to the positive comment for this Krillin figure. I just feel that it's a good figure that felt obligated to share the info.