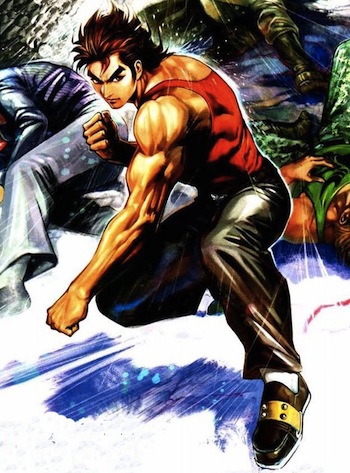 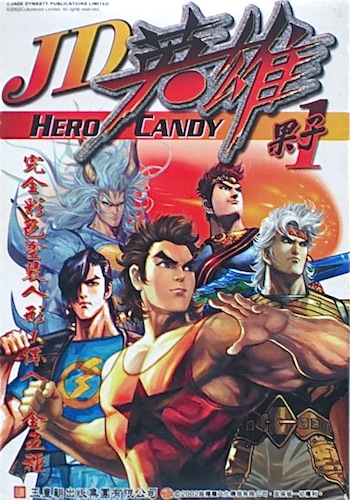 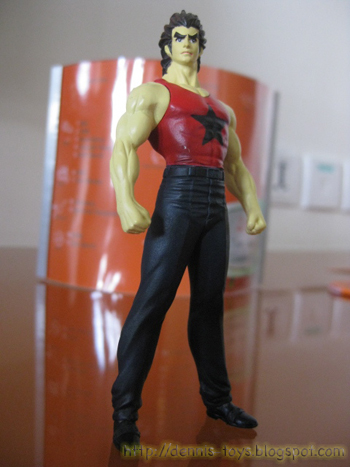 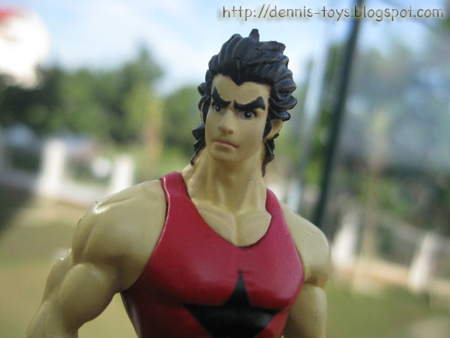 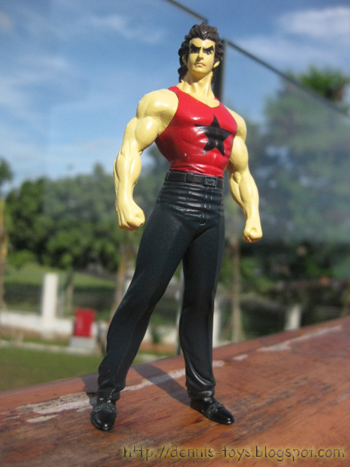 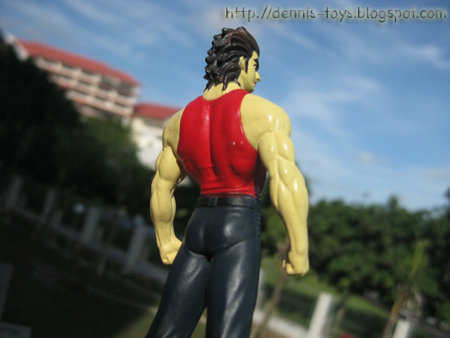 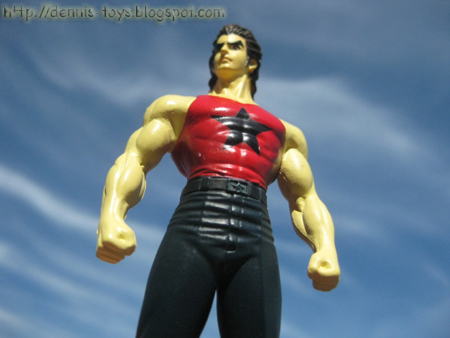 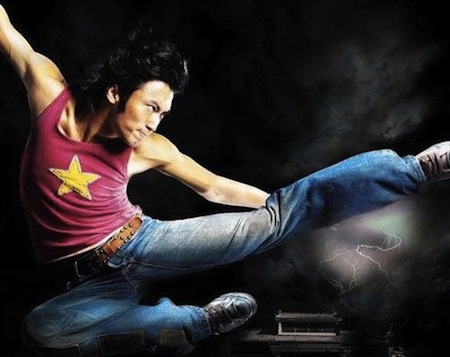 Tiger Wong played by Nicholas Tse in the live-action movie


I have chosen this figure for review as a Chinese New Year 2012 special, based on its auspicious colour. I bought this figurine of Tiger Wong aka Wong Xiao Hu, after having watched the live-action movie whereby the character was played by Nicholas Tse. The movie whereby the title, a direct translation of the comic 'Dragon Tiger Gate' was an adaptation of a long running Chinese comic since 1970s. The young Wong has a strong sense of justice and is specialised with kicking techniques. His signature move is '18 Dragon Slayer Kicks' & ' Thunder Lighting Kick'.

The toy was released in 2002 catered to the Hong Kong market as a Trading figure in blind toy. It resemble the comic image of Dragon Wong wearing his iconic red singlet with star on the chest. The figure was nicely sculpted with a Wong still looking good even on close-up shots. The thick eye-brown of the character was also clearly defined. The hunky figure of Dragon Wong gave pride to Chinese comic and Hong Kong toy maker. This is one figure that's now extreme rare and definitely one of the best memorabilia of 'Dragon Tiger Gate'.
at January 24, 2012

I am surprised by how close they matched the toy to the figure. Face is spot on and the pose is classic.

Even for a stiff figure, this really shows some power to it.

Well said bro, I like the detail of this figure. Being keeping it for many years.

He is my favourite among the three of them...

THis figure is handsome for the built. Rare too.

yeah!!! it’s a nice figurine and the sculpt is very dynamic as much that makes you wish it were articulated... the art of the series is classy and it reminds me some anime series from the 80’s, but a comic/manga from China is something new for me =)

I remember reading some of the comics when I was teenager but didn't manage to finished the story :-)

Tiger Wong and Dragon Wong... the twins of Wong, from the previous generation of Wong Fei Hung in Poh Chi Lam ^__^

Oh ya, what is the title of that movie where Nicholas Tse acted as this Wong guy? can you give me the English title of it, will look for the DVD later....

>> deSMOnd
My favourite got to be Dragon Wong.

>> LEon
This figure just catered a small community of the fans.

>> chrismandesign
The sculpt is really impressive for a toy that's probably not heavily invested financially. The figure looks retro as the comic started over all the way from the 70s.

>> David John Shewsbury
Bro, the movie title is an exact translation as known the 'Dragon Tiger Gate'. Can even find one that this code one with English voice over.