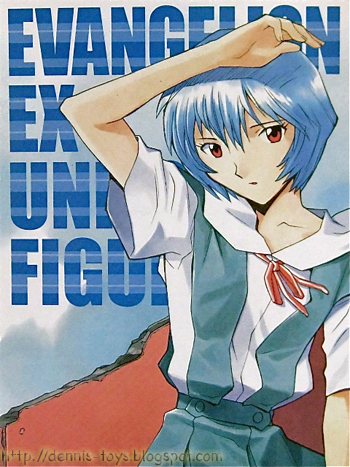 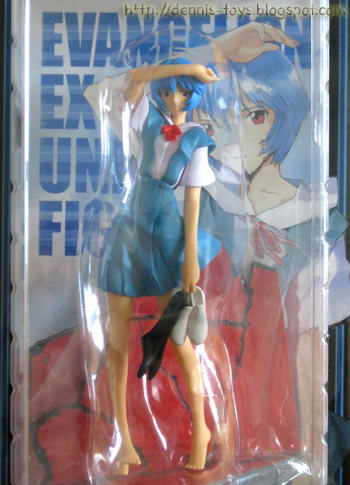 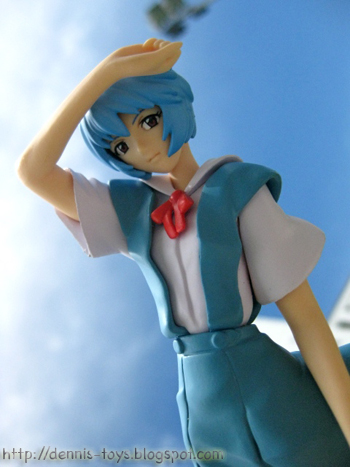 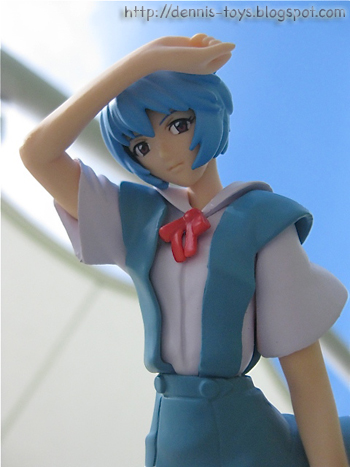 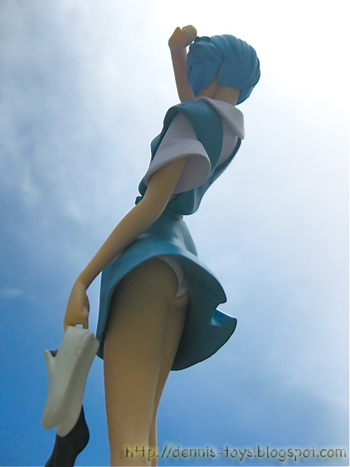 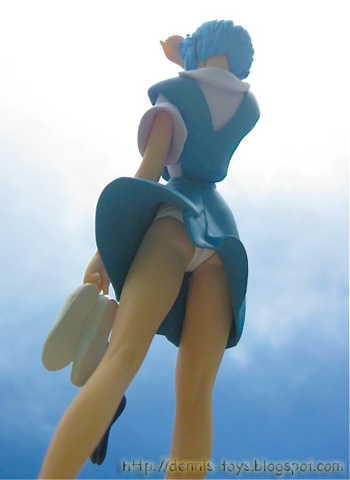 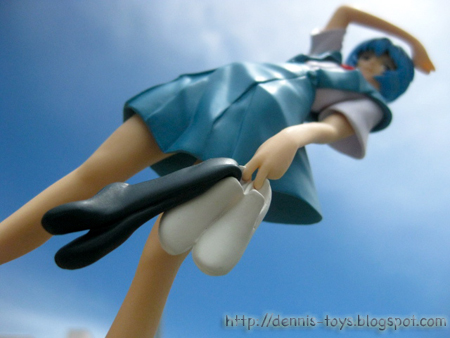 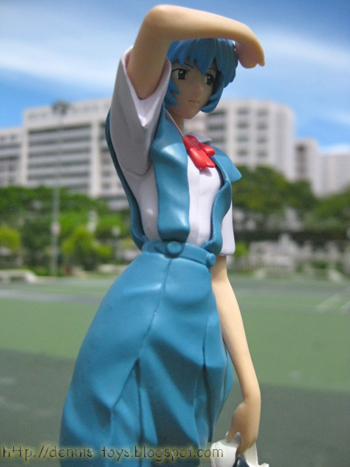 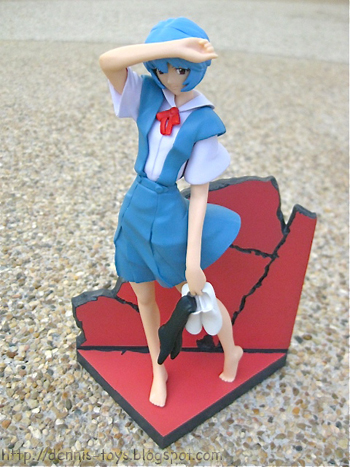 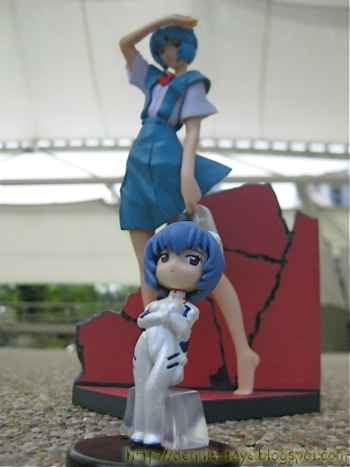 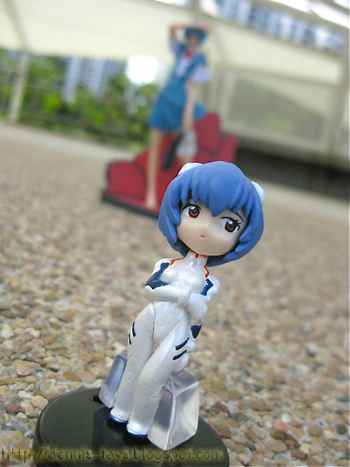 There’s a change in Ayanami Rei’s attire other that the usual plug-suit you normally see in Evangelion. This figure of Ayanami Rei that was released as a Sega prize packed in blister card. It was released along side with Asuka Langley in school uniform too, obviously I prefer Rei more. The figure stands around 7” but is non poseable. It’s not able to stand on its own unless anchored to the diorama ruins stand that comes with it. Personally, I like the innocent look of Ayanami Rei in school uniform, kind of more girl-next-door image. The paint works are superb and Rei looks relax from her expression like as though she’s enjoying the breeze. The stand on the other hand, reminds me of the destruction caused during the battle against the ‘Angels’ in the anime.
at December 08, 2011

Nice shots for this figure :)

That's the beauty of outdoor photography. It makes the figure looks nicer...

Sega has done a great job in this figure, comparable or even better than those figures from Bandai... i liked so much, but i would love Asuka as well, with the mini dio looks really good for display and i agree that the outdoors photoshoot gives it a better feeling... i will try to make my own someday... nice haul pal!!! =)

i am a fan and appreciate any pictures of Rei though my preference will certainly be Ayanami in plugsuit. Great pics bro!

>> chrismandesign
Indeed, this piece stands out among other EVA figures that are of similar pricing. Sorry, I didn't buy Asuka cos EVA only makes up a small segment in my entire collection. As for the little brat, it has been with me a long time. Ha! Ha!

>> on_o
I like EVA but not big fan. I do like some of the mechas and yes, Rei of course as a character in the anime. I certainly won't reject Rei in her plug-suit as well cos she's sexy in that attire.

Nice poses as it looks like she is at school in some of them.

As a Pantsu Connoisseur, I approve of these photos.

Many thanx for the approval and glad to hear that some photos really look like Rei was in school. Cheers!

Thanx bro! I guess this is one of those better outdoor shots I had done recently.

Sega "Prize" items should be limited but then there are so many in the market. HAHA! A good thing to note is that they are actually very well painted and sculpted!

Usually Sega Prize and Banpresto stuff are ample in market and UFO catcher for the mass public. For a low budget toy, this figure above the benchmark.

Thx bro for dropping by! I like profile pix a lot. A hardcore Devil Gundam fan!

didnt know u like this kind of figure also hehehehe ^___^

whooa I'm not on that level bro,, still in newbie ways to collect all of devil gundam stuff T T

Ha! Ha! Even my wife noticed that I had diversified my collection. I will keep you updated if I come across any stuff related to Devil Gundam.