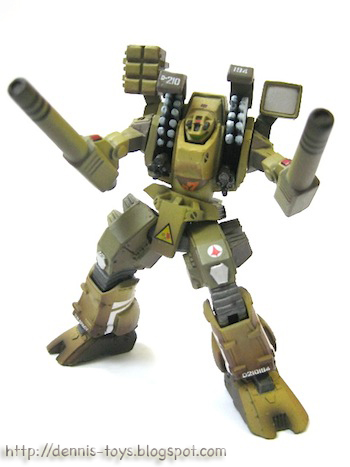 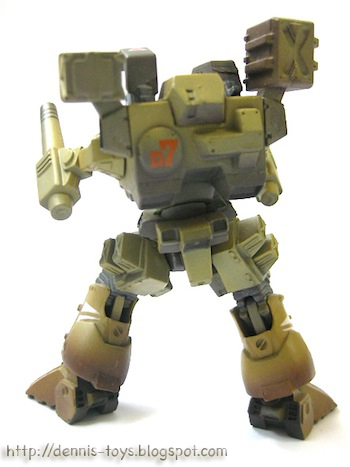 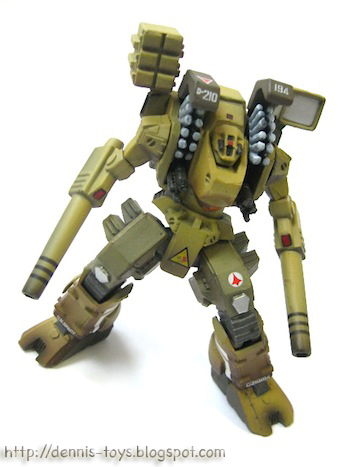 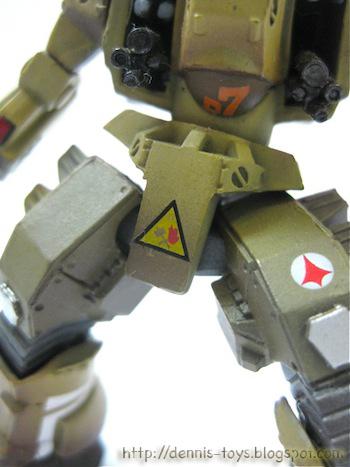 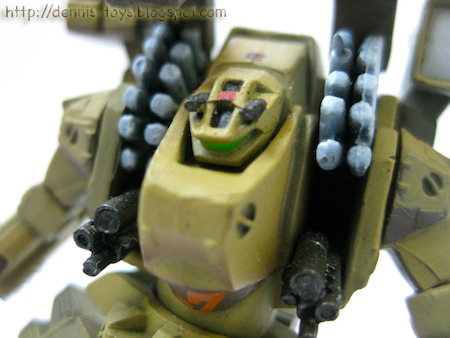 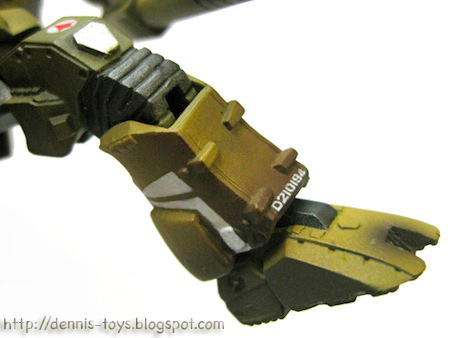 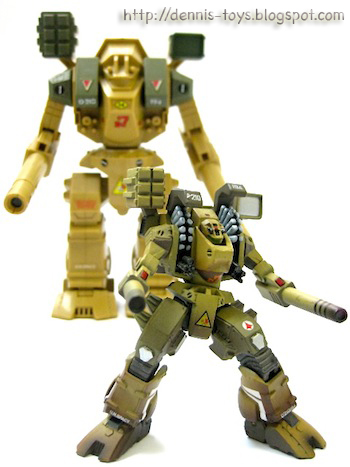 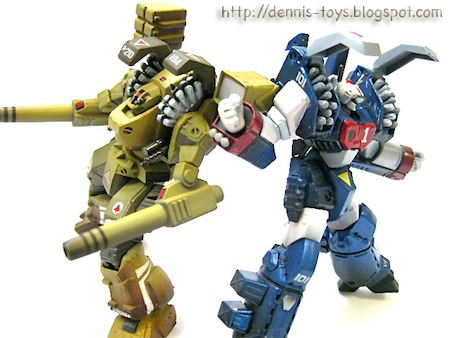 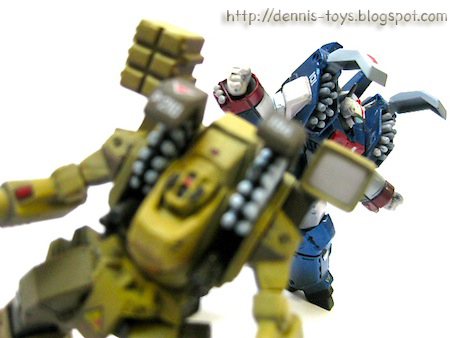 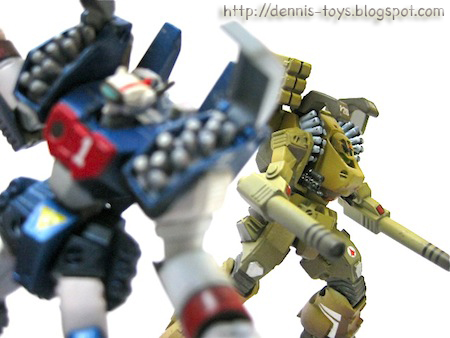 For a budget toy which I bought loose for four Singapore dollars @ CSC fleamarket, this Tomahawk Destroid MK IV trading figure manufactured by Kaiyodo standing at approximately 3 inchs, has attained high standard for its excellent paintwork. I'm utmost impressed with the sharp imprint as well as the weathering colour tone on the toy. The figure looks great even with pics taken at close-up. Beside the paintwork, I was surprised that despite only having a couple of joints, they managed to allow the missiles hatch to be closed, rotatable arm barrels and waist. The remarkable joints on the lower portion of the toy actually allows it to take stances with legs apart & vise versa. Apart of K&M Super Dimension Figure Series 002, this figure was sculpted by Katsuhisa Yamaguchi (The creative force behind Revoltech).
at June 24, 2011

I have these two toys too! LOL

They are definitely among those best Macross trading figures around. I hope to feature those transformable mini valkyries from the same toyline soon! I saw you having those too! the last I visited your place.

I always loved watching them open the grenade pods and letting them fly. It always got me excited to know that someone was getting their arse kicked.

So do I bro! It thrilling to see the destroids and GBP released their missiles for all hell break loose.

Sugoi na,what a plenty of missile
they got there...
And it is cheaper too...
If it is cheaper, I too will bought
it without thinking...

Indeed, I had asked for a discount and good enough, the seller managed to conpromise. Yeah!

The cheaper the better...
But followed with the quality too...

This figure sure meets the specification and beyond!

the Kiayodo Tomahawk looks more realistic than the Matchbox version, thanks to the careful paint job... the same goes for the VF-1J... nice pack in the size of an average gashapon & with some articulation =)

Indeed, this trading figure is packed with realism at different angles. The sculpting and paint works contribute a lot. Trading figures that come close to it would be Fusion Work FW Gundam figurines.

These are awesome! Can't believe they are that small.

Yup! It's amazing looking at the improvement of trading figures and gasaphon these days.