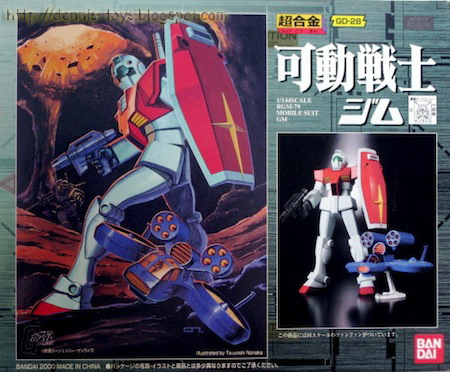 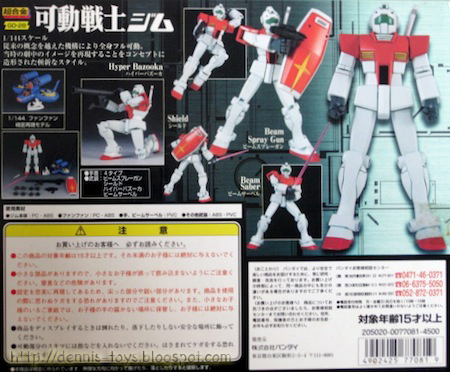 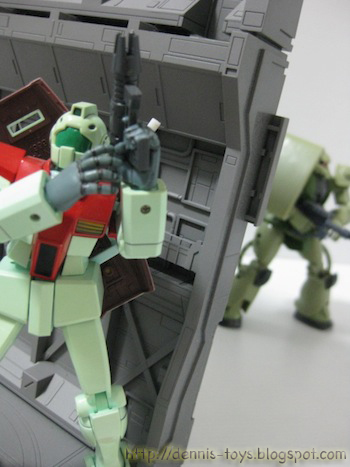 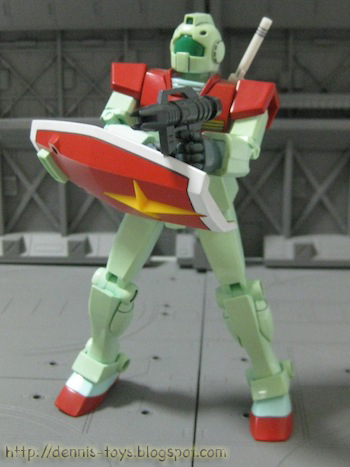 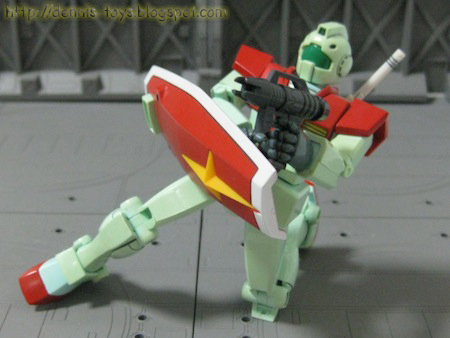 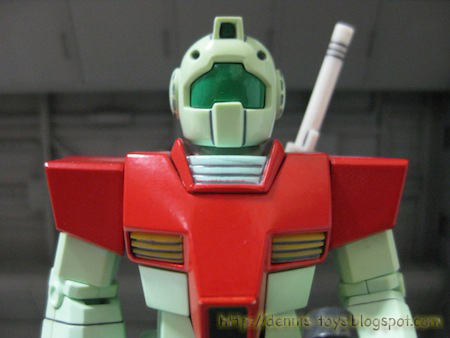 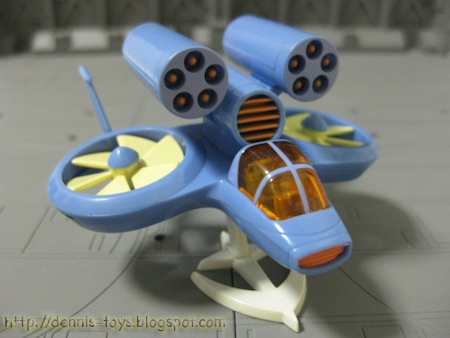 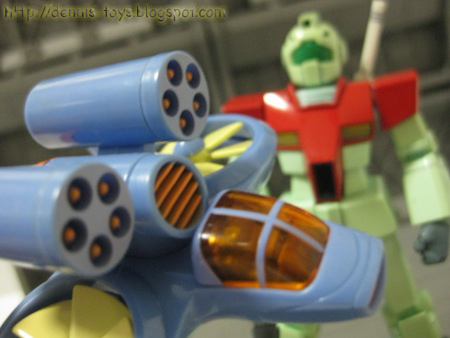 Released year 2000, this could be the first Chogokin GM made by Bandai. The metal components mainly on the chest and legs have given the toy the extra weight making it look and feel dense. The torso and lower parts of this GM probably takes the mold the 20th anniversary chogokin Gundam RX-78-2, given it a GM colour scheme and of course the GM head. The toy is also highly articulated with no problem posing in various positions. The toy also comes with the beam saber & hyper bazooka. But the best throw-in to this giftset is definitely the E.F.S.F support hovercraft 'Fanfan'. Looking @ Fanfan reminds me of its pilot Lieutenant 'Woody Malden' who perished when Jaburo was under attacked. Tragedy repeats itself when 'Woody Malden' died the similar manner like his fiancee Lieutenant 'Matilda Ajan' shortly after her death during the OYW.
at June 22, 2011

Oooo... The posability of this GM is not bad. Yeah, the 'fanfan's most notable moments came with Woody and Mathilda's deaths...

For a vintage toy, the posibilty is rather remarkable and Fanfan as an accessory brings back memories of OYW.

If you didn't mention the chest is made of metal material, it seems like the whole figure is made of plastic material :)

Ha! Ha! I guess the metal components ain't obvious. Even Leon asked me where the metal were when I posted about 20th Anniversary Gundam chogokin previously.

i think that u didn’t sell this guy, cuz it’s a GM, right??? the Fanfan is precious, even the color scheme is cute & my love goes for this one (in this case, the "bonus" is more attractive for me than the main piece HEHEHE)... uhmmm, u forget to mention that the screws r metallic as well XDDDDD... =)

Hee! Hee! As a matter of fact, I had already sold of this giftset after having owned the MG Gunpla of GM. Ha! Ha! I surprised Fanfan had so great impact on you.

I probably said that to you in person oredi, but picture number 6 is just awesome! I can just imagine the GM turning round, surprising the Zaku and gunning it into smithereens!

Hehe would love to see more actions shots of GM against Zaku :P Didn't even know they had a GM chogokin version!!!

Wow,I too thought that it is all made by Plastic...Sugoi na...

>> on_o
So glad that you realize it bro! That's the pic I like most in this post! GM giving Zaku the surprise attack!

>> chubbybots
Bro, I will try to do more, in fact I wanted to fixed up some E.F.G.F captured Zaku units and put them side by side with RGM. That's will be cool too! Hee! Hee!

>> Tachikawa
Sorry to miss you out Tachikawa san, glad you like it. Arigatou gozaimasu!

You really did a great job with the posing of that. The mini ship is just too cool as well.