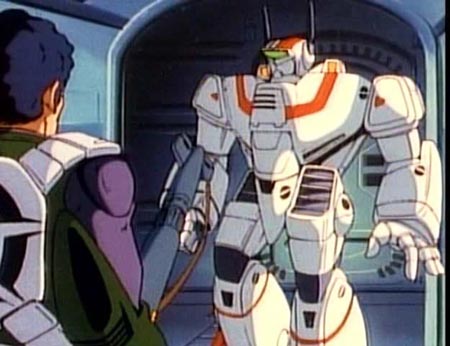 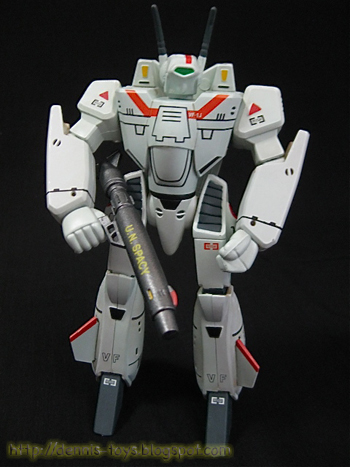 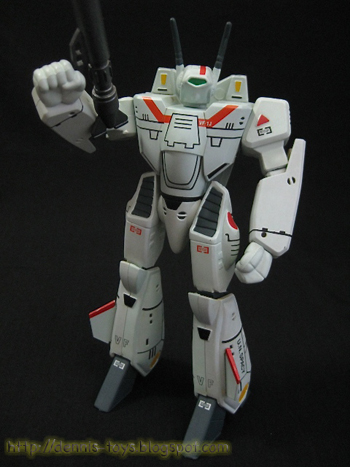 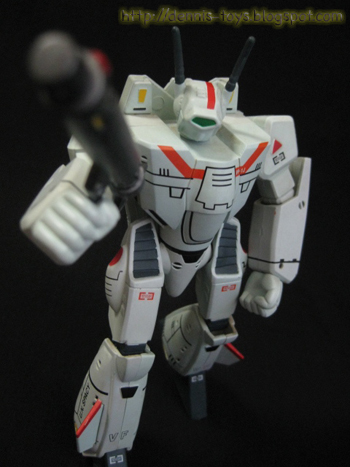 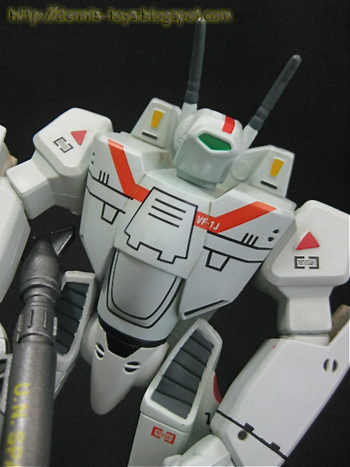 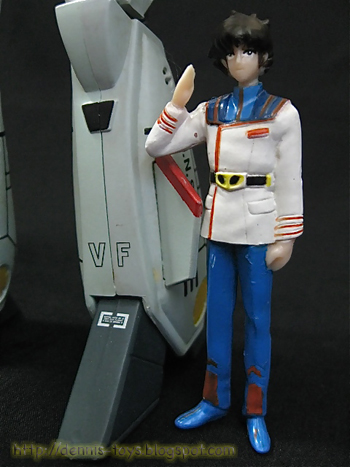 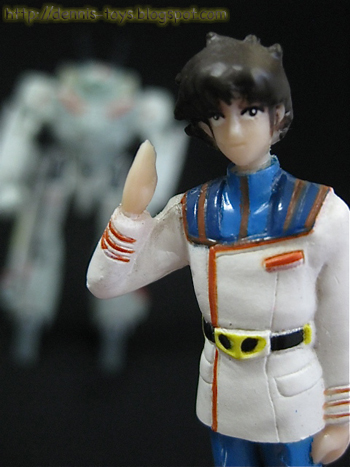 Back to the nostalgia of the early days of Macross action figure by Arii. Touching on this VF-1J figure of mine, it came as a birthday gift from my dearest wife before we were even married. My wife has never discourage me of collecting toys as she feels that this is a healthy hobby as long as I don't get too spendthrift. Over the years, she had given me many Macross related items, which to me has strong sentimental values. Some of the birthday gifts previously received included Macross T-shirt with GBP VF-1J print. Macross birthday cake and Macross mug.

Similar the VF-1D Arii action figure which I had posted previously, this VF-1J action figure also come with a character figurine and it's none other then Hikaru himself.
at May 19, 2011

Cool, i think i have a Strike VF-1S somewhere in the loft. Will have to dig it out.
Sounds like your wife is awesome!

I had Strike VF-1S Roy in my collection too! Indeed, my wife has been supportive all this while.

Its great to have a wife like that haha! If not it will be very stressful if your other half don't support your hobby. My wife also buy me gundams on certain occasions :P

We are the fortunate ones my friend. Certainly an achievement that we should be proud of. : )

I do agree we fortunate to have wives like that to support our hobbies but who are also there to rein us in when we get to compulsive over the toys. XD

Doesn't his arm get tired holding up that salute???

>> Gundam Gunso
As a toy collector especially seasoned ones, we should exercise restrain so as not to spend extravagantly. Impulsive buy can be dangerous. Hee! Hee!

u really take care of ur wife’s gifts... as it should b, right =)... the manufacturing process have evolved a lot to make toys look better, but this toy has a HUGE value as a gift & specially for who gave u it =D

Yes bro, gifts from my wife are important to me and looking at the progress of toy technology, it's very promising. The only worry would be the price due to inflation.

Brilliant bro. No amount of money is equivalent to the value of a toy like this. When wifey gives you a gift that is in synch with your likes and hobbies. I had the honour of meeting the lovely Mrs Katsuden today and I do understand your joy. Just like how I cherish the Liverpool jersies that my significant other has bought me over the years : )

Well said bro! There's always things we like and want to do in life that significant and worth cherished. Just like your collection of Never Walk Alone Jersies. Ms Katsuden will feel relieve that I'm hanging out with you guys. Hee! Hee!